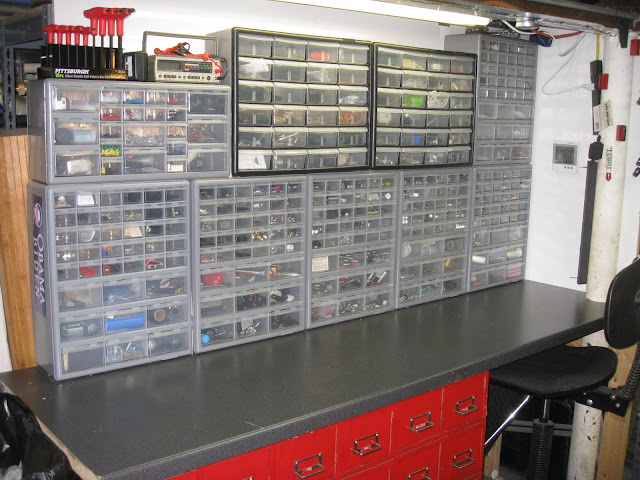 Building a new bike work stand was done, and now I needed to reassemble the 304 - or the cabinet made up of small, plastic parts drawers used to hold the world’s most organized collection of clutter.

In Stamford I used a collection of nine metal two-drawer cabinets as the base of the cabinet standing on frame I welded. The frame was recycled in Stamford, so I resorted to using an industrial shelving unit as a base and reasoned I could arrange the two-drawer cabinets beneath however I wanted.

That’s the thing about workshops: ideally, everything should either be modular or, like with the Part II post, be on wheels.

The first thing I needed to do was replace the countertop. Just like I did with the last 304: I checked the As-Is section of Ikea. But instead of going to the Ikea in New Haven, I went to the one in Palo Alto. It was there I found an 8-foot piece for $45. As luck would have it, it matched the fantastic $5 Connecticut yard sale find rolling hospital table. So I made sure the section of the 304 where my feet would go would be wide enough to accommodate it. 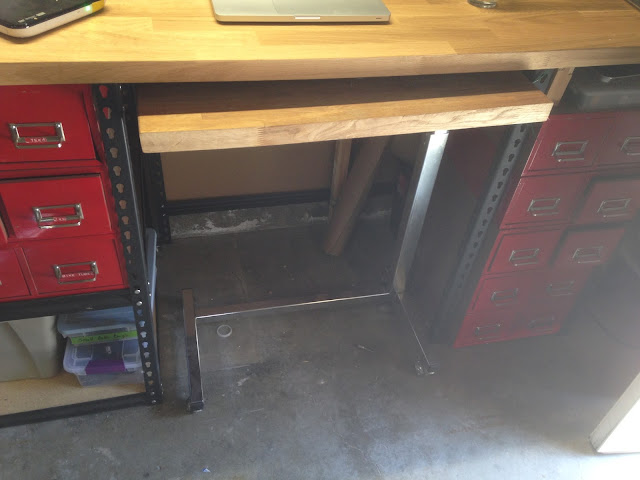 Speaking of $5 yard sale finds: the speaker stands I found at another CT tag sale - which were quite useful when making the Bikeducken during the DIYBIKING.COM Salutes the Cargo Bike special - were perfect for installing shelves: I just leveled the shelf, set up a bracket as an extra set of hands, and it all stayed nice and even during the install. 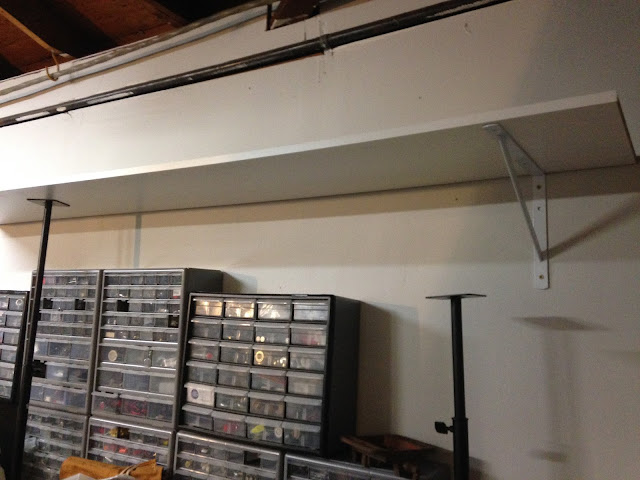 Putting up the cabinets themselves was easy even though I knew I’d one day have to go through all the drawers and rearrange everything since the movers in Connecticut packed some of the units sideways for no reason. 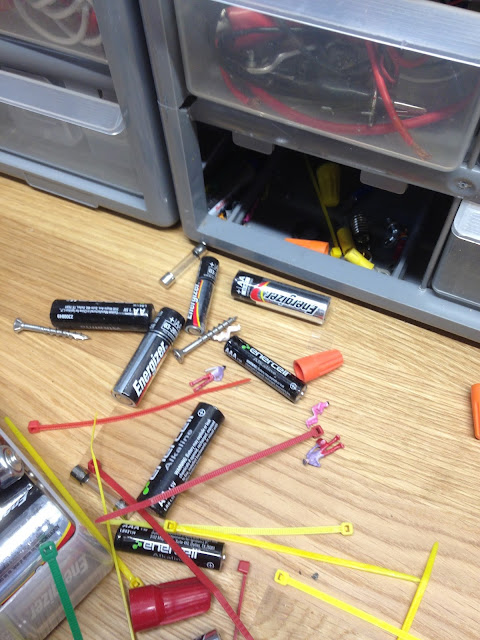 Yes, it’s a grisly mess - what with bodies lying everywhere and all - but it looks good against the new countertop, doesn’t it?

Now that I’ve put the LED shop light in I can now say it is ready to go. 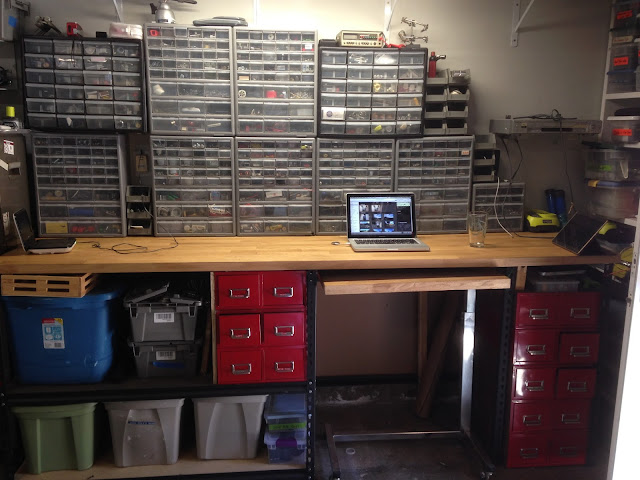 It was good for morale alone just to get this up. Now anything I need from small wood screws to shower curtain rings to HO scale miniatures to batteries to shark shaped valve caps are in easy reach. I’m feeling a lot more normal now…and the sight of it is putting me in the mood to build something. Hope you find that mood too. Thanks for reading and thanks for riding.