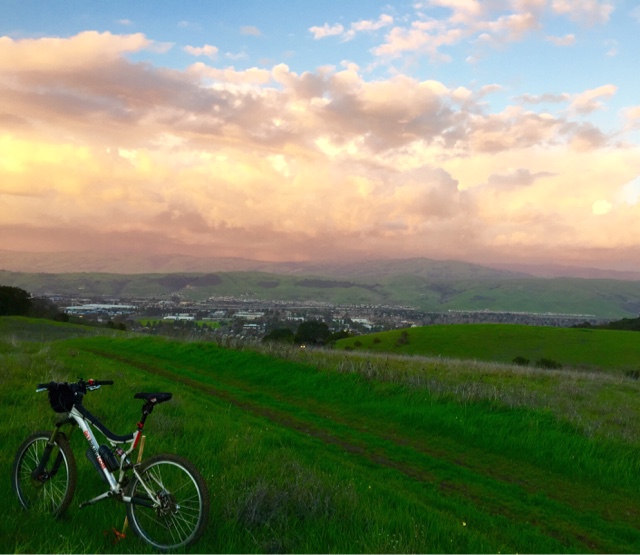 Let's Have Bike Parking at #SB50 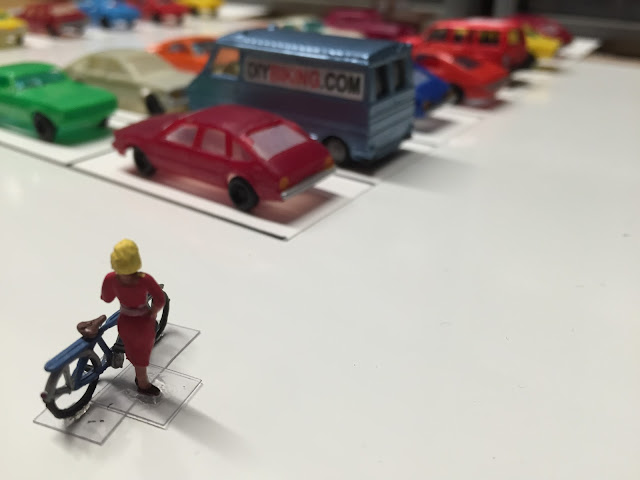 So Super Bohl 50 is taking place a week from tomorrow at Levi Stadium here in Silicon Valley. Traffic is expected to be upgraded from 'everyday awfulness' to 'spectacularly dismal.'

With that in mind you’d think the hosting committee would want as many bicycle and pedestrian options to get to the game as possible.

The Silicon Valley Bicycle Coalition, like myself, is not only appalled that biking directions to get to The BIG game are nonexistent, but valet bike parking won’t be available (SVBC provides valet bike parking for free at a lot of events in the Bay Area - not just their own).

Of course, the hosting committee could have very good reasons for snubbing bicycle users. A bicycle may take a lot more time for a bomb-sniffing dog to search than a 2004 GMC Yukon. Also, if there are shenanigans and baddies need to make a getaway, bumper-to-bumper traffic will make a quick escape a lot harder.

But if you disagree with this reasoning - and you don't want to beat the traffic by leaving for Levi Stadium this afternoon, please sign the SVBC petition to allow bike valet at the BIG game. They are going to deliver the signed petition to the hosting committee on Feb. 4th so please do it now. and forward the link to your cycling brothers and sisters.

And if the Super Bohl hosting committee is reading this I’d like to make an amendment to the SVBC petition - which I already signed: If you don’t welcome bicycles at the BIG game, I won’t watch the BIG game.

P.S. : there's still time to sign up for Park Tool School that begins Feb. 9th at Good Karma Bikes, so if you need that link it's right here. Thanks for reading and thanks for riding. 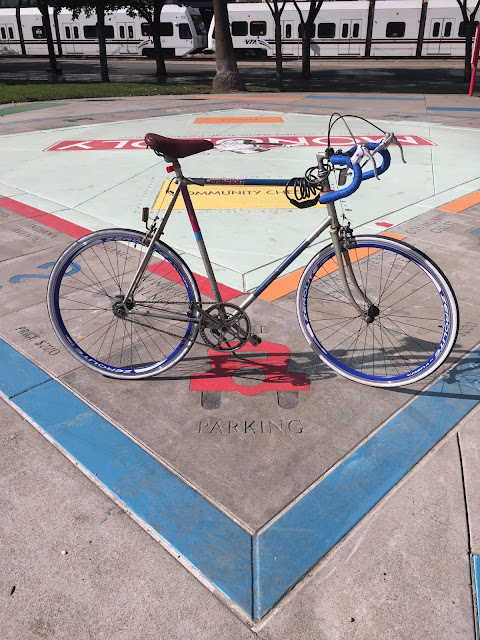 Cycling, Driving, and Safety: State Bills I'd Like Passed 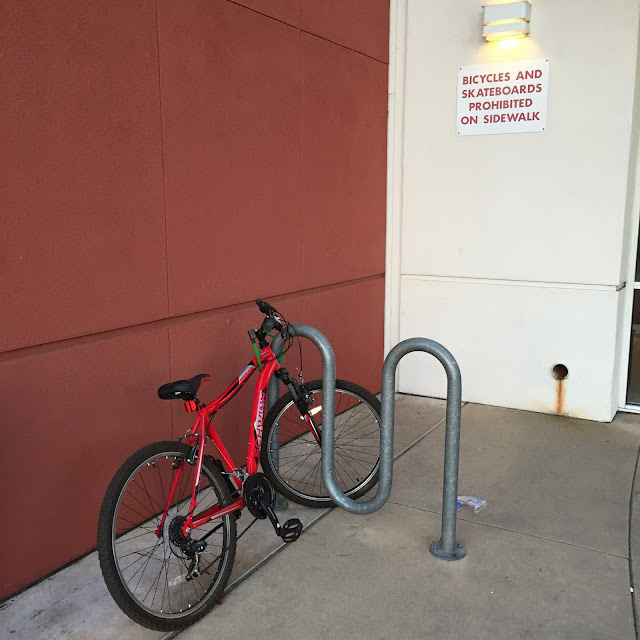 Two states were in the news lately for the wrong reasons: the first was Missouri, which apparently proposed a bill that bicycles operated in the state must fly a flag 15’ high.

The second was South Dakota, which just proposed a bill that bicyclists, when followed by a motor vehicle, must pull over and dismount to allow the motor vehicle to pass. Momentum Magazine did a great piece about this daft proposal. (They didn't say all cyclists must, after dismounting, get on his or her knees and bow to the motor vehicle as it passes like the Ewoks did when they first saw C-3PO, so I guess it could be worse).

As cyclists, we have to be vigilant to this kind of crazy. At the very least, people who propose these kinds of laws with a straight face shouldn’t be elected to public office again. Honestly, given how the 2016 presidential race has a lot of people redefining crazy, proposed rules like these may have a shot at passing.

So as long as we are taking about laws that are written with safety in mind, I’m putting forward some proposals that have a little more proportionality:

California - S.R. 2942: Beginning in 2018, All motor vehicles sold in the State of California must have gull-wing doors to prevent city cyclists from being injured by the opening door of a pre-2018 motor vehicle (also known as ‘doored’).

Rhode Island - H.R. 234: All motor vehicles driven in this state - with no exceptions -  are required to have a florescent yellow hood and grille covering (known as a “bra”) to make the motor vehicle easier to see at night.

Mississippi - S.R. 128: As a new addition to the motor vehicle driving test, residents must be able to pronounce the names of all chemicals in motor vehicle exhaust and know their effects on personal health and climate change.

Florida - H.R. 5887: Motorists caught using a cellular phone or tablet while driving shall be fined not less than $2,000 and must donate the device in question to the nearest battered women’s shelter.

Connecticut - S.R. 1188: Motor vehicles that park in a designated bicycle lane are subject to seizure, the driver’s operator license confiscated, and the motorist shall undergo no less than 40 hours of sensitivity training to regain their license.

Alabama - S.R. 321: All drive through windows at fast food restaurants must display signs, printed in letters no less than four inches high and in full view of the drivers, that read: “Drive through windows are making you fat and polluting the environment” (Known as the “Arby’s Act”).

Michigan - S.R. 2534: By December 31, 2016, all motor vehicles in this state are to have an aftermarket speed governor installed by a trained professional so said motor vehicle, when driven within a fifteen-mile radius of an urban center, will be governed to a speed of no more than twenty-five miles per hour.

Texas - S.R. 832: Designating the High Occupancy Vehicle lane (known as “HOV Lane”) for vehicles with three or more people, with highway tolls reduced accordingly. Electric and hybrid vehicles with one occupant are banned from using the HOV lane.

South Carolina - S.R. 1299: When selling a new or previously owned motor vehicle, the Seller must tell the Buyer that motor vehicle exhaust is murder and go over alternatives to buying a car, including bicycling, walking and public transit.

These probably have little to no chance of passing. Neither do the ones from Missouri and South Dakota. But let's be vigilant about proposed laws - and elect legislators that will write bills that make sense and help enable people to #choosethebike. Thanks for reading and thanks for riding. 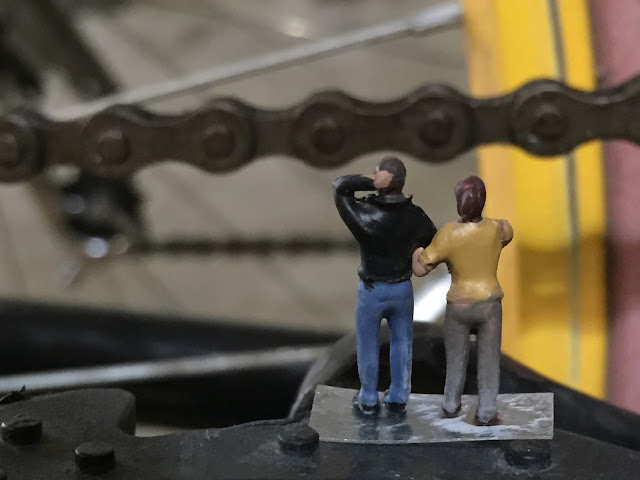 I’ve learned how to fix bikes by working on my own bikes and making mistakes. Some of these mistakes were costly and this semi-expertise took years.

If you live in the Bay Area and don’t have that kind of time on your hands enroll in Park Tool School at Good Karma Bikes instead. The first class of the 18-hour course starts February 9th. It costs $250 and includes a 20% discount on all purchases made at the GKB retail store during the month, the Park Tool Big Blue Book of Bicycle Repair and a Good Karma Bikes T-Shirt. Best of all: you get a lot of good instructor time since the class size is capped at 15.

I’m of the mentality that the more people who know how to fix bikes who are roaming the earth, the more people will ride bikes. If you want to sign up for Park Tool School click the link here or forward/share the following with a friend. 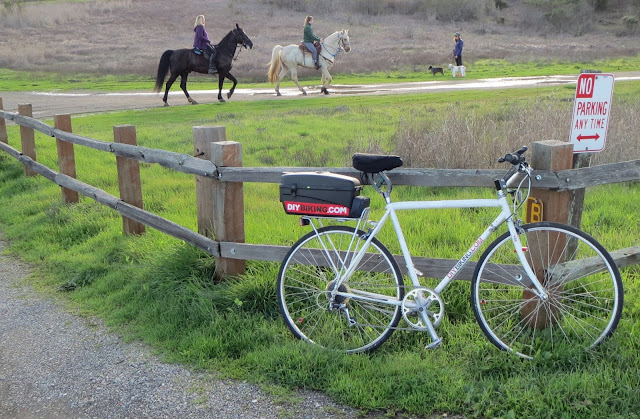 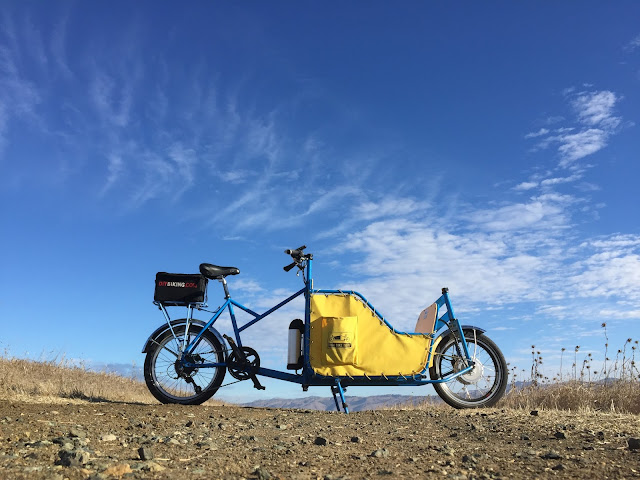 Remember Box Bike Collective? I reviewed their signature cargo bike a couple months back and found it was a great substitute for a car for all of what Californians use a car for (the bike looked so good in a photograph at Santa Teresa County Park it became ‘Miss August’ for a 2016 calendar I made) 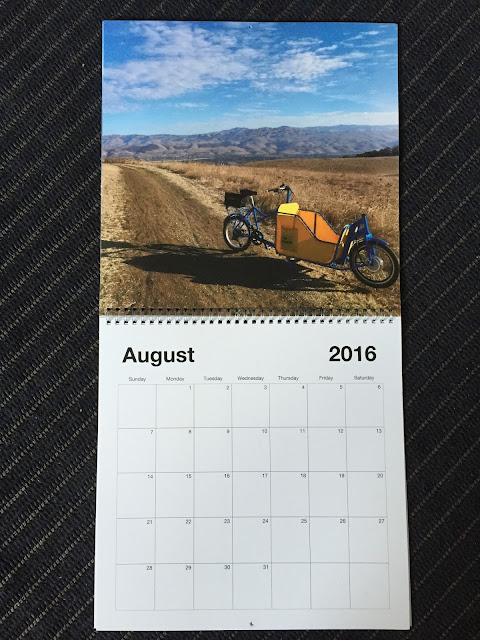 Anyway: they are engaged in a new kickstarter campaign and I hope you support them. The link is right here.

I’ve been over the reasons to #choosethebike backwards and forwards, but we also need to make sure there are outstanding bikes out there for folks to choose from. This is one of those bikes. I rode it a lot of miles, bought lumber at Lowe’s with it, and brought it through an In-N-Out drive-thru.

Support Bike Box Collective’s campaign today and shorten the list of excuses people use for taking the car instead of a bike. Thanks for reading and thanks for riding. 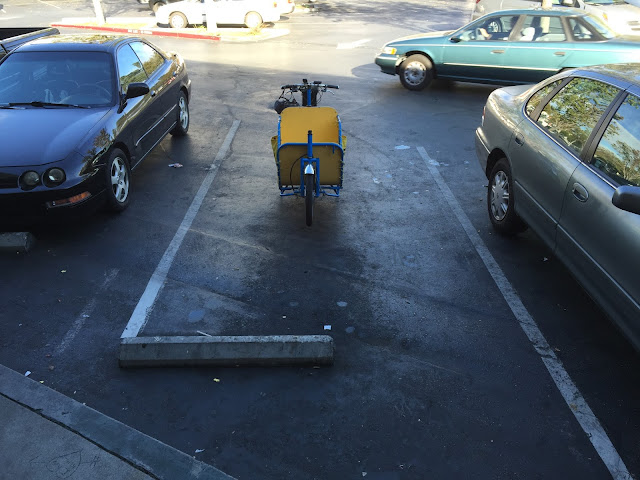 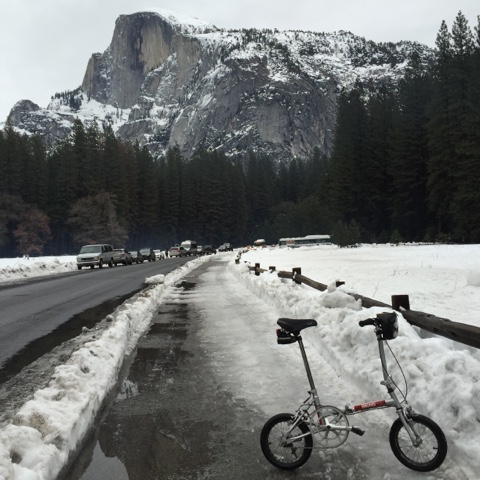 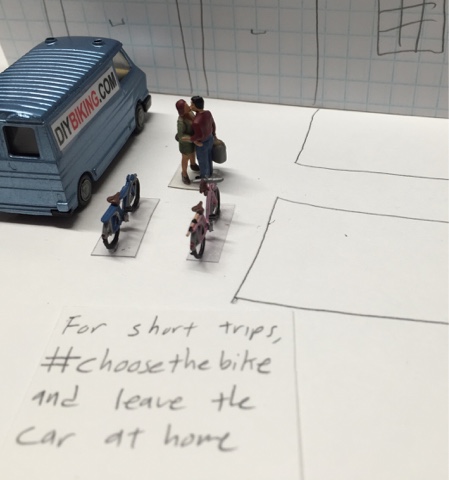 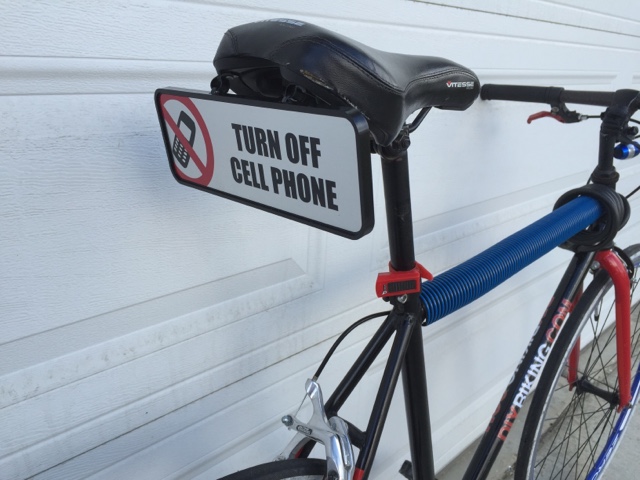 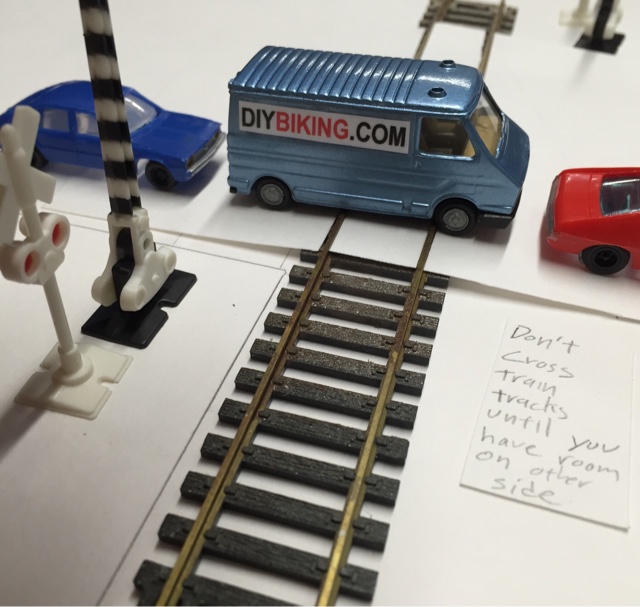 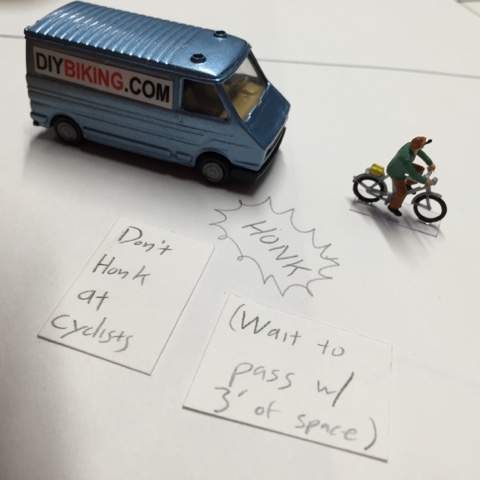 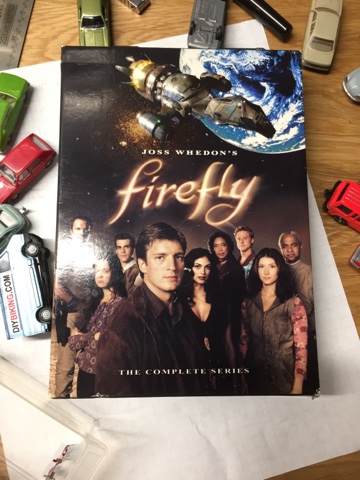 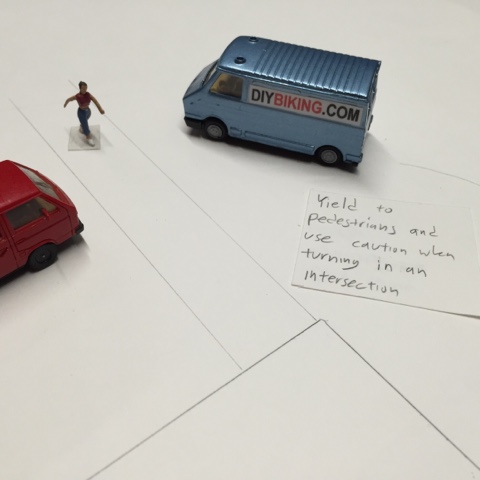 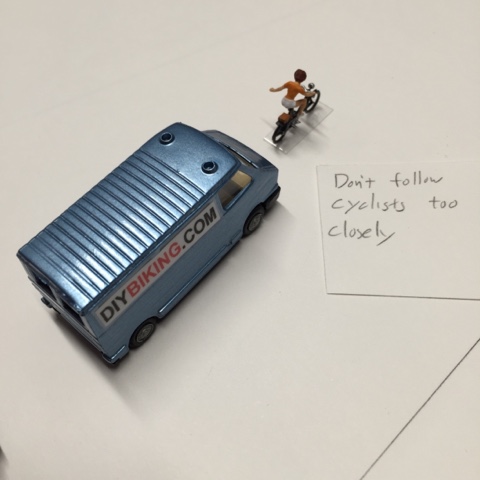 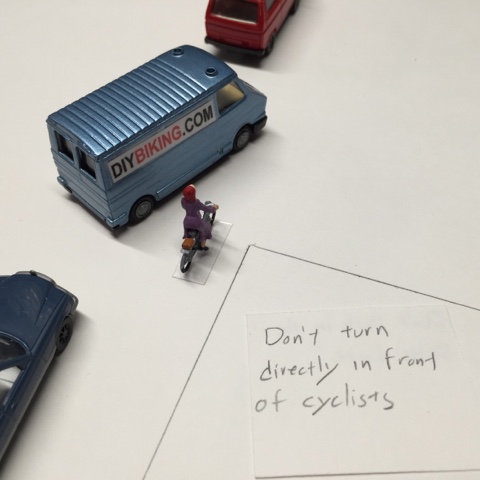 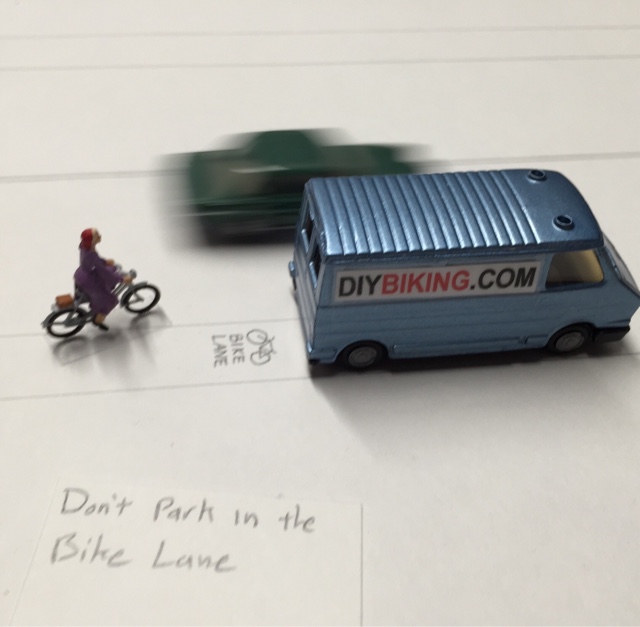 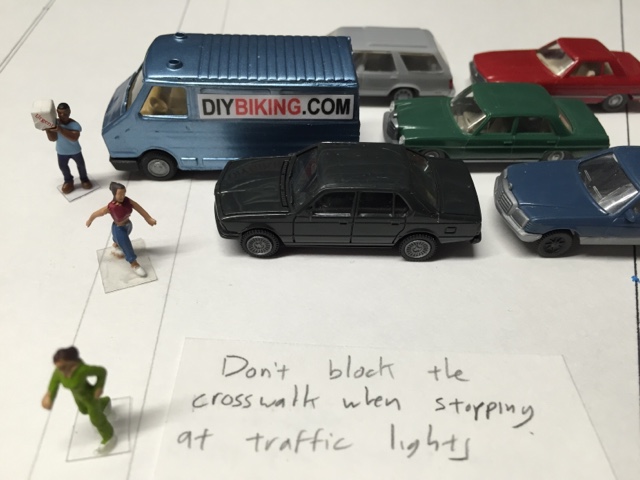 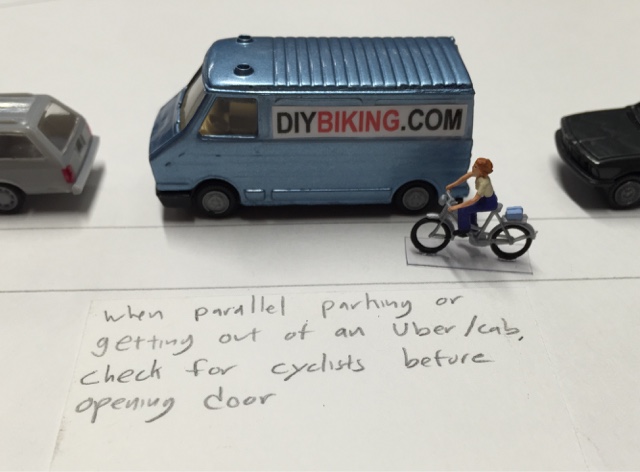 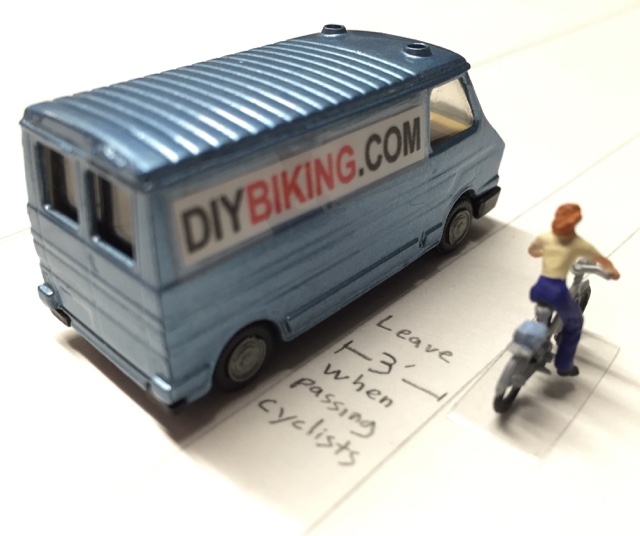 Email ThisBlogThis!Share to TwitterShare to FacebookShare to Pinterest
Labels: #safety #sharetheroad
Newer Posts Older Posts Home
Subscribe to: Posts (Atom)
Donate to Your Favorite Nonprofits! Every day, for 7 days or more, donate some money to a nonprofit that touched your life and ask your friends to do the same. Use the hashtag #MyNonprofits
Crash Test World Premiers on Science Channel January 8 - Crash Test World, a show by Project Explorer founder Jenny Buccos and starring Kari Byron, premiers on Science Channel January 8. Learn more at www.projectexplorer.org/crash-test-world
Donate to Silicon Valley Bicycle Coalition! It takes a lot of work to make great bike infrastructure happen in the Bay Area. Donate to SVBC and become a member!
Cellista's Transfigurations
San Jose artist Cellista's second album is now available - visit Cellista.net or find her on Bandcamp at cellista.bandcamp.com