What Is It this Time, California? An Earth Day Post 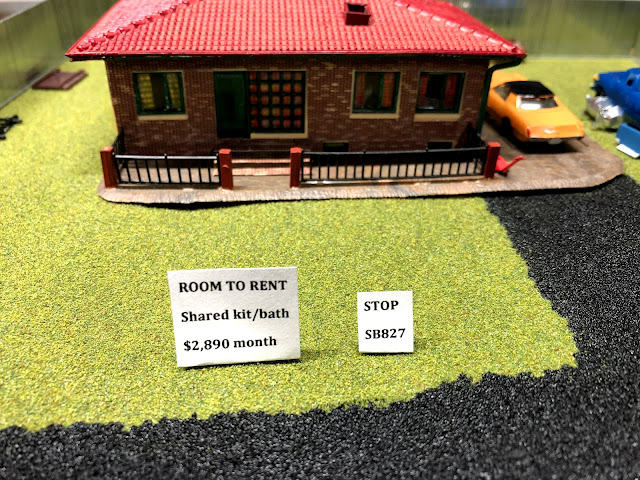 What is it this time, California?

It's the plastic straws, isn't it? Or is it the woodburning fireplaces? Let me guess: it is something - anything - but your own personal motor vehicle.

Yes, I am disgusted that SB827 - a measure designed to build more housing near transit in CA - died in committee last week. But I shouldn't be surprised. California puts on a good show but it is really a red state disguised as a blue one in that it preserves the suburbs as though they were an endangered owl or a giant redwood. The fact that this state, which does so many things well (up to and including allowing bikes on trains) is so far behind the curve when it comes to building a car-lite world is really disheartening.

So in the lead up to Earth Day 2018 I tried to think to myself - what would it take Californians to see just how absurd the car culture is?

I went to work with my miniatures - first showing a place where unused motor vehicles are stored (it's important because around 25% or more of a city's land is used for storage of an unused motor vehicle and it should be easier to house a human being than it is to store a machine). 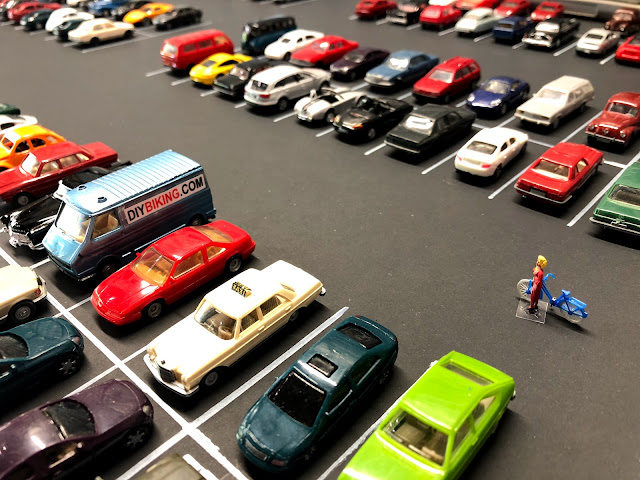 Eagle-eyes followers will note I have upped my game: yesterday I rode a cargo bike to Staples to buy black poster board and a white paint pen (as a habit I take a photo of my bike, no matter what I'm riding or where I'm riding it to, so that if it is stolen I have a most recent shot). 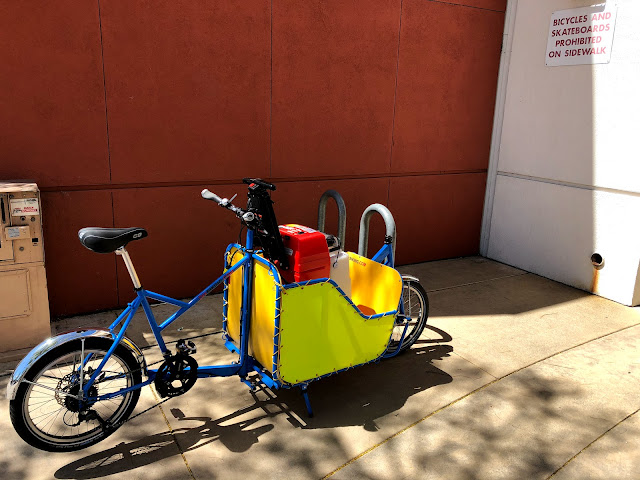 That is the rack I used.  I should point out that when this photo was taken I was returning a Rug Doctor I had rented from the nearby grocery store. I picked it up and returned it by bike because you don't have to make the air dirty if you want your carpets clean. Both ways I was transporting it I wanted to catch up with a Stanley Steemer van at a red light and pull the Robert DeNiro "I-am-watching-you-move" from Meet the Parents but no such luck.

But back to the minatures. With the garage door open I made my streetscapes completely to scale in the hopes that California motorists (and street designers, government officials - Hi, Jerry Brown! - pretend environmentalists, etc.) would actually see their world - which causes about 1/3 of pollution in this state - for the first time. 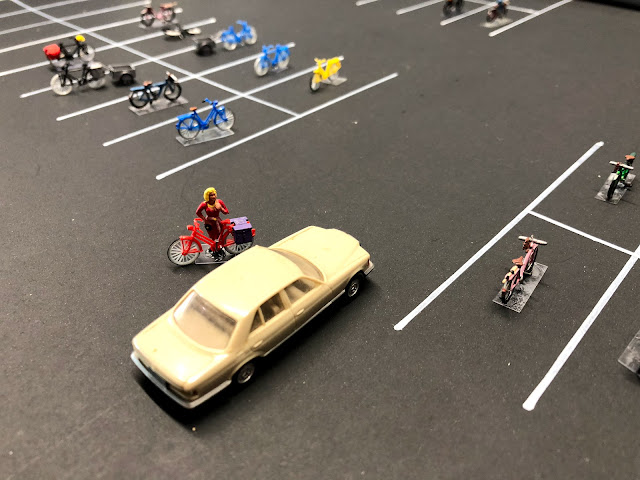 "A car rack? I think if you go around the corner of the building you'll find one on the sidewalk next to a sign that says 'Cars Not Allowed on Sidewalk'. You're brave to be driving a car here! Be careful!" 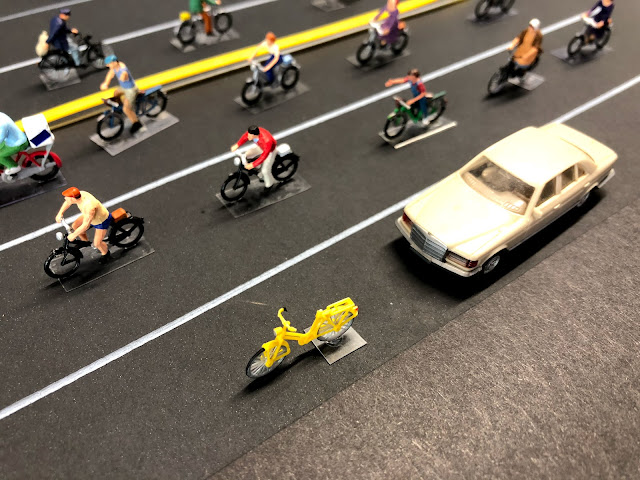 "Dammit! There's always a bike parked in the car lane!" 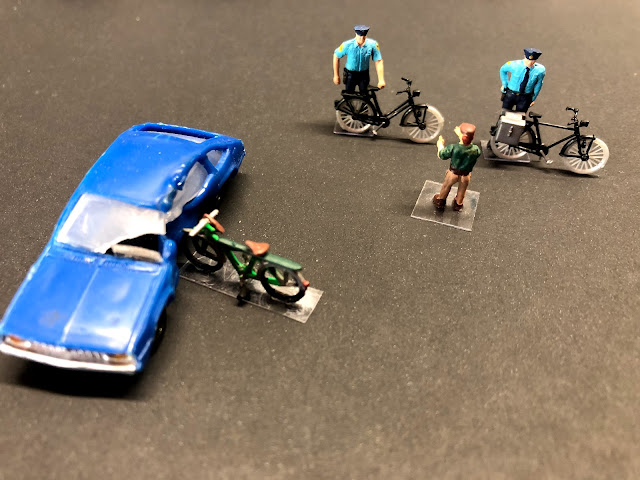 "Officers he just came out of nowhere. I don't know what he was doing driving at night. He and his car should have been painted a brighter color!"

"Don't worry, sir. He's dead but it's totally not your fault. No charges will be filed. You're free to go." 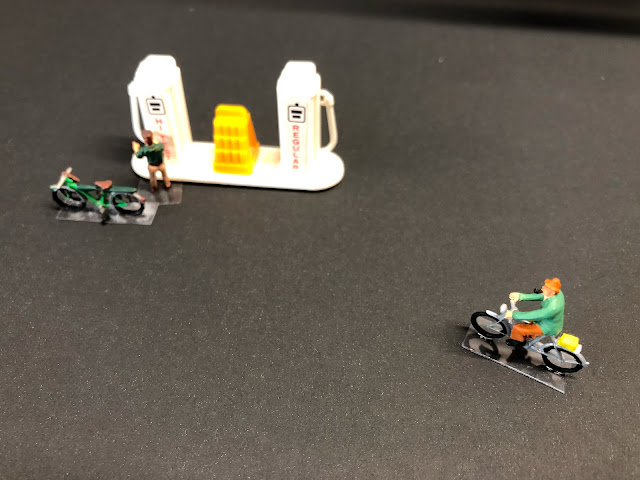 "Dang. I keep forgetting what side of the bike the gas cap is on." 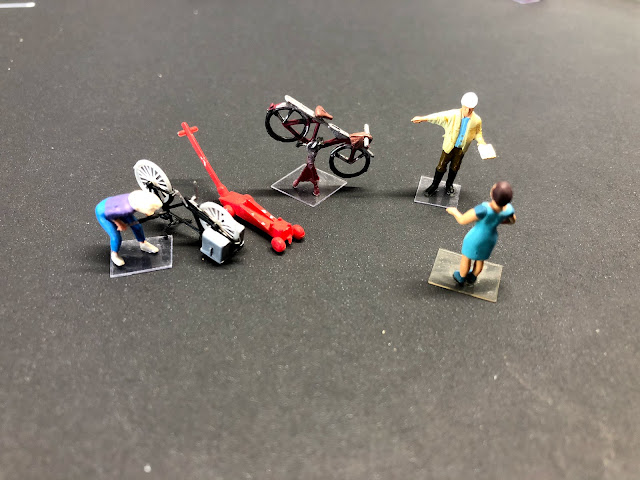 "I have bad news. The little plastic wire tie that holds the brake cables together has come loose. It'll cost $1,200 to fix it but you can pick it up Friday. Next Thursday at the latest." 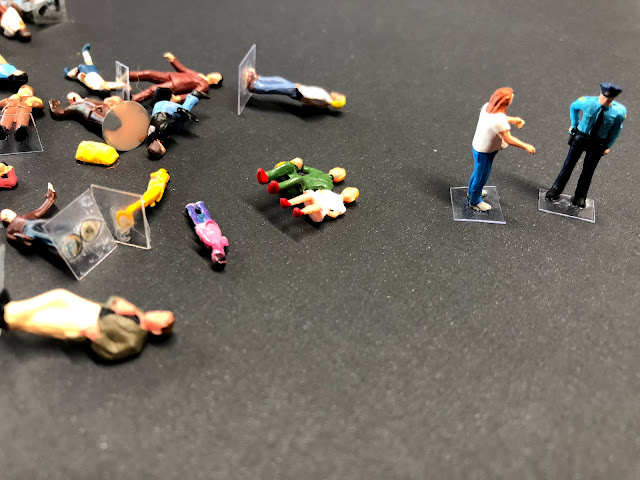 "Officer it was so horrible! He just accelerated his bicycle and plowed right through the crowd! All I could hear was screaming! Why would anyone do anything like this?"

"Terrorists use bicycles as weapons all the time, ma'am. But the cyclist was elderly and I think he just got the brake lever mixed up with the pedals. It happens all the time.*" 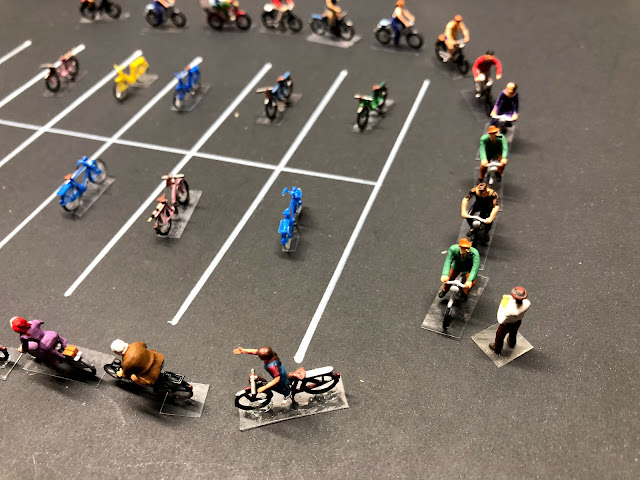 "Yes, I'll have a Double Double with fries and a Diet Coke. And extra onions."

The last one was a bonus to anyone following me on Twitter - I posted several of these yesterday under the hashtag #IfCarsWereBikes since that was when the mood struck.

So anyway, California: please let me know if I am getting through to you at all because this whole thing of keeping people living in one place and making them drive to another place for work is quite tiresome. Acknowledge that the young people living in crummy rented rooms and trapped in a car-centric system are going to want this state when you draw your last breath (and thanks to the fact the Bay Area now has the sixth worst air in the country every breath you take between now and then may feel a bit more labored than usual).

Hope everyone had a good Earth Day. Thanks for reading and thanks for riding. 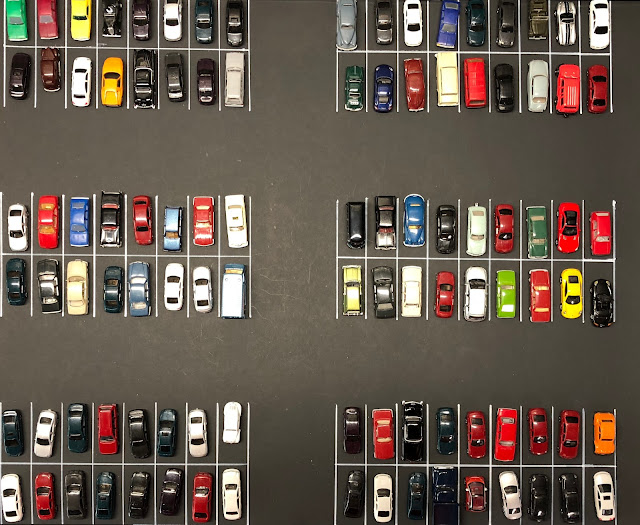 *This is actually a point that has to be talked about more. When people age in a car-centric system they age out of being able to care for and transport themselves. We owe it to ourselves and to every generation (even the Boomers) to endure some short-term disruption of the world - like what SB827 would have done - to get some long-term benefits.