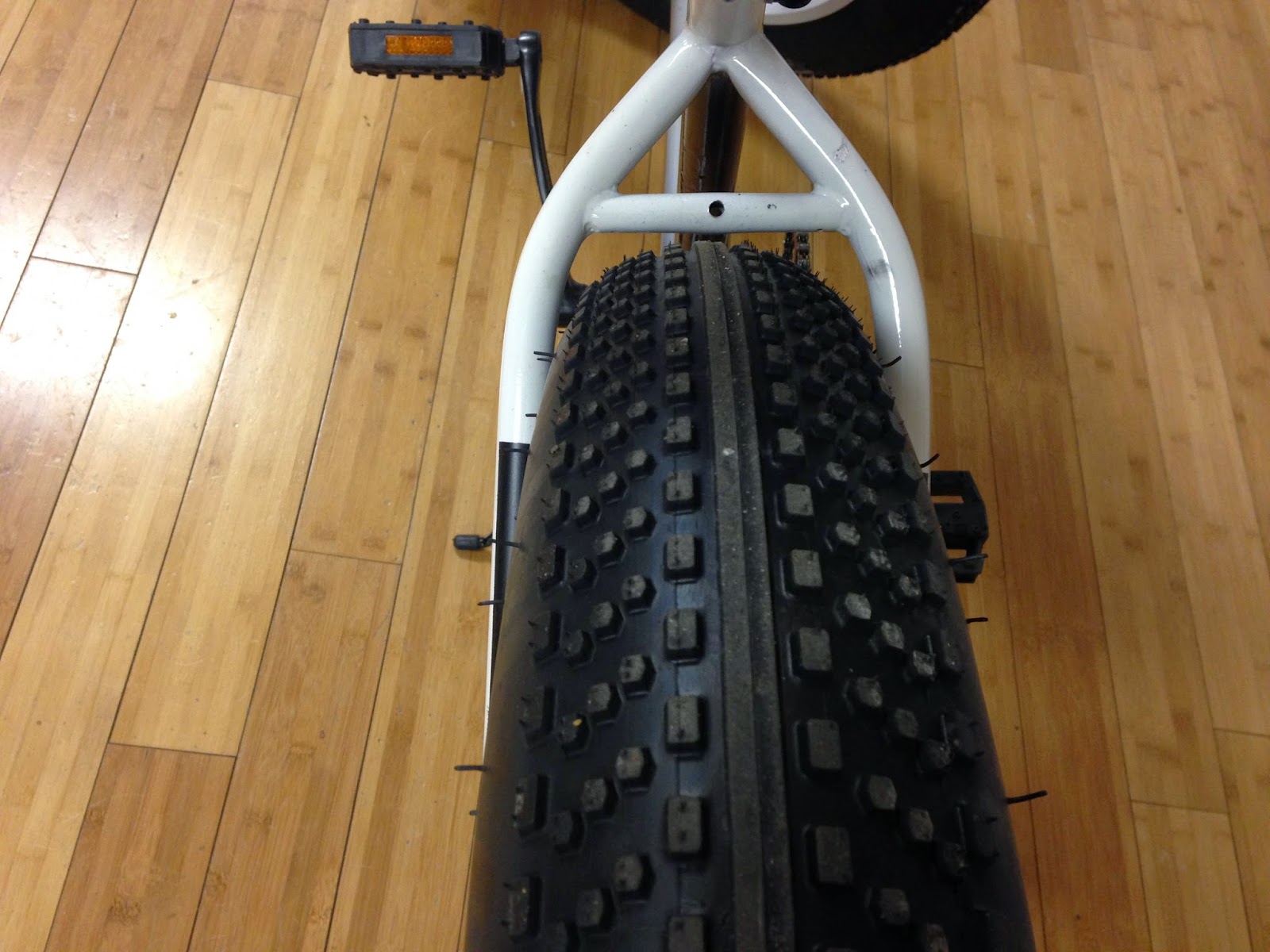 My friend at BPT Creates in Bridgeport didn’t hesitate. He pulled out his wallet and began to hand me one as he said: “Yeah. Do you need to feed the meter?”

“No,” I said, recalling a much-loved line from Richard Dreyfus’ character in Jaws:  “I need something in the foreground to give the tire some scale.” 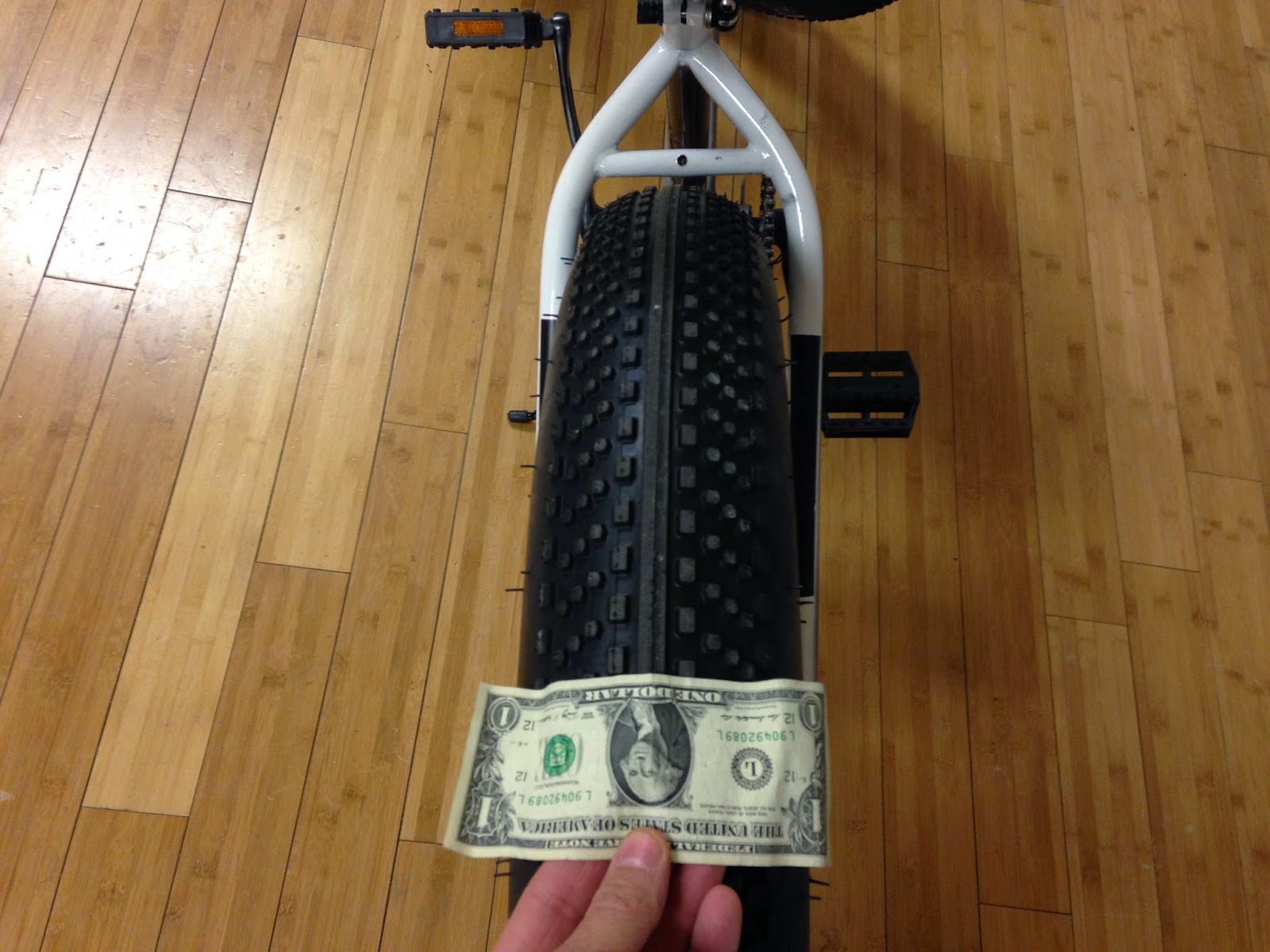 What I was doing was taking pictures of a custom bike made by the Bikeport Co-Op in Bridgeport. Most custom made bikes are beautiful just by default because I appreciate how someone decided they wanted a bike and went about getting one the hard way.

This one’s in another class by itself: the frame is simple, elegant and bears a fascinating paint job. The seat is big, the ape hanger handle bars are gloriously over the top and the 4” wide tires have to be seen to be believed.

Few bikes look like they should sit in an art gallery and cruise city streets at the same time, but this one is. Even though there is only one (it is called the BPT-ONE) there is a chance for all to own it - which is one of the two reasons it goes on this #GiftsForCyclists special. 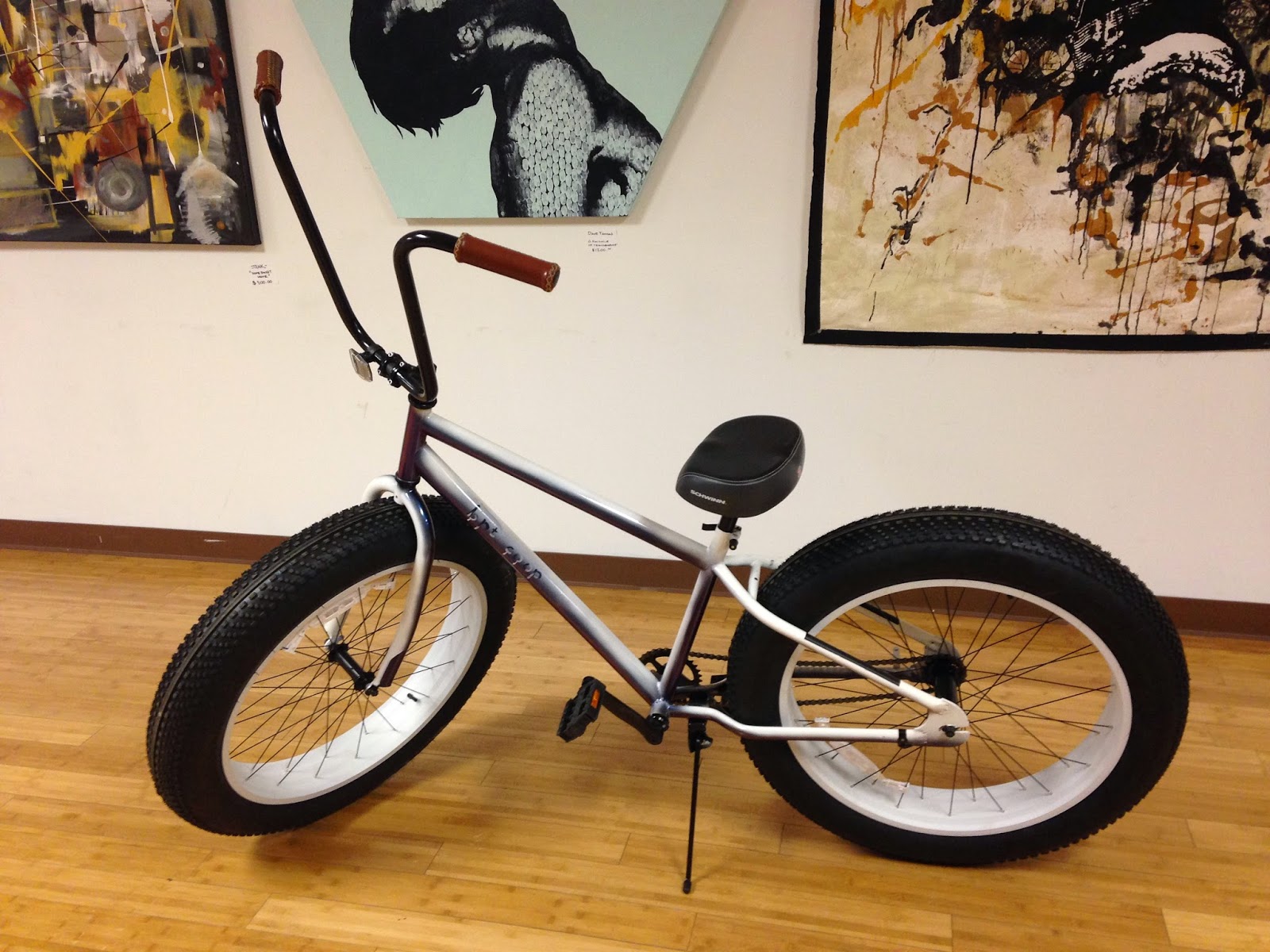 At these prices, raffle tickets for BPT-ONE make the perfect stocking stuffer. And you can buy them easily: simply click on this link and in less than a minute you have the best stocking stuffer for any cyclist anywhere. The raffle ticket number gets emailed to you and you can deliver that ticket number any way you want. Print it out on holiday paper, write it in a card - give it to them over the phone.

Not only will the receiver wait with anticipation over the drawing (which takes place on Dec. 27th) but here’s where the money raised from the raffle goes: it helps the BikePort Co-Op make Bridgeport a better place to bike. This organization has only been around since May and they’ve been able to, among other things, provide a dozen kids helmets, gloves, locks and complete bicycles through their Earn-A-Bike initiative (which is similar to the fantastic Ohio City Bicycle Co-Op in Cleveland). The BikePort Co-Op also organizes regular group rides and is set to open bike clubs at three Bridgeport high schools and two elementary schools.

So buy these stocking stuffers today and like the Bikeport Co-Op on Facebook. Not only will you make a cyclist you know smile, but whether you buy the Golden Ticket or not, you’ll make a lot of young cyclists you don’t know smile too. I also strongly encourage celebrities (Taylor Swift: are you reading this?) traveling through the state to stop by BPT Creates to take a selfie on the BPT-ONE to help get the word out. Thanks for reading and thanks for riding.