Dear Connecticut: It's Not You, It's Me 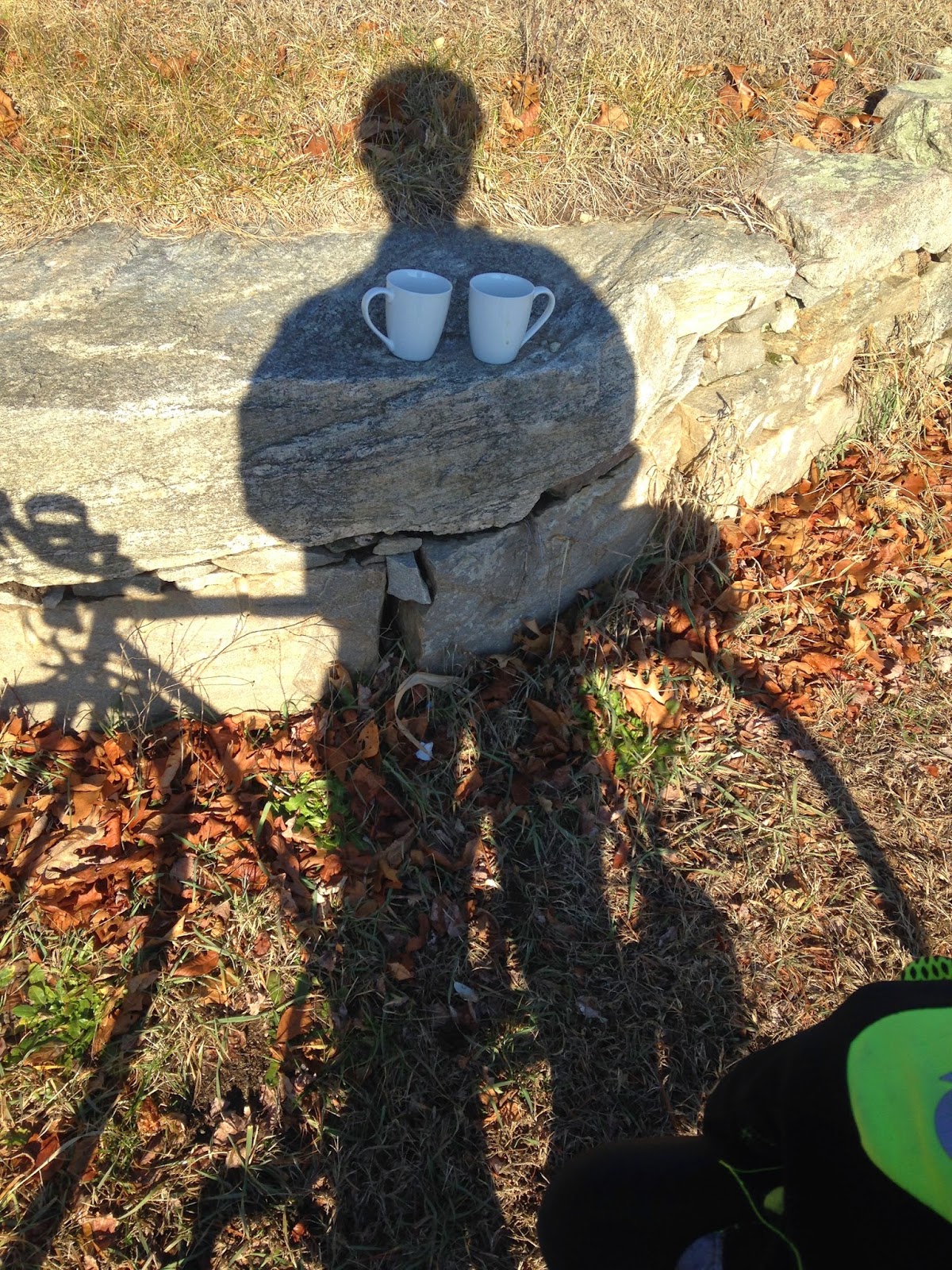 I doubt I’m going to handle this with the same level of class and composure Jon Stewart mustered when he gave his announcement a few months back but here goes: over the next several weeks I am leaving Connecticut and moving to Silicon Valley. There are only two possible explanations: I have either gotten tens of millions of dollars in funding to develop the DIYBIKING.COM smartphone app or my brilliant wife got a job offer in California and I’m packing up my laptop, bikes, Star Wars action figures and HO scale miniatures to go with her.

I'll give you a hint: it’s the second one. 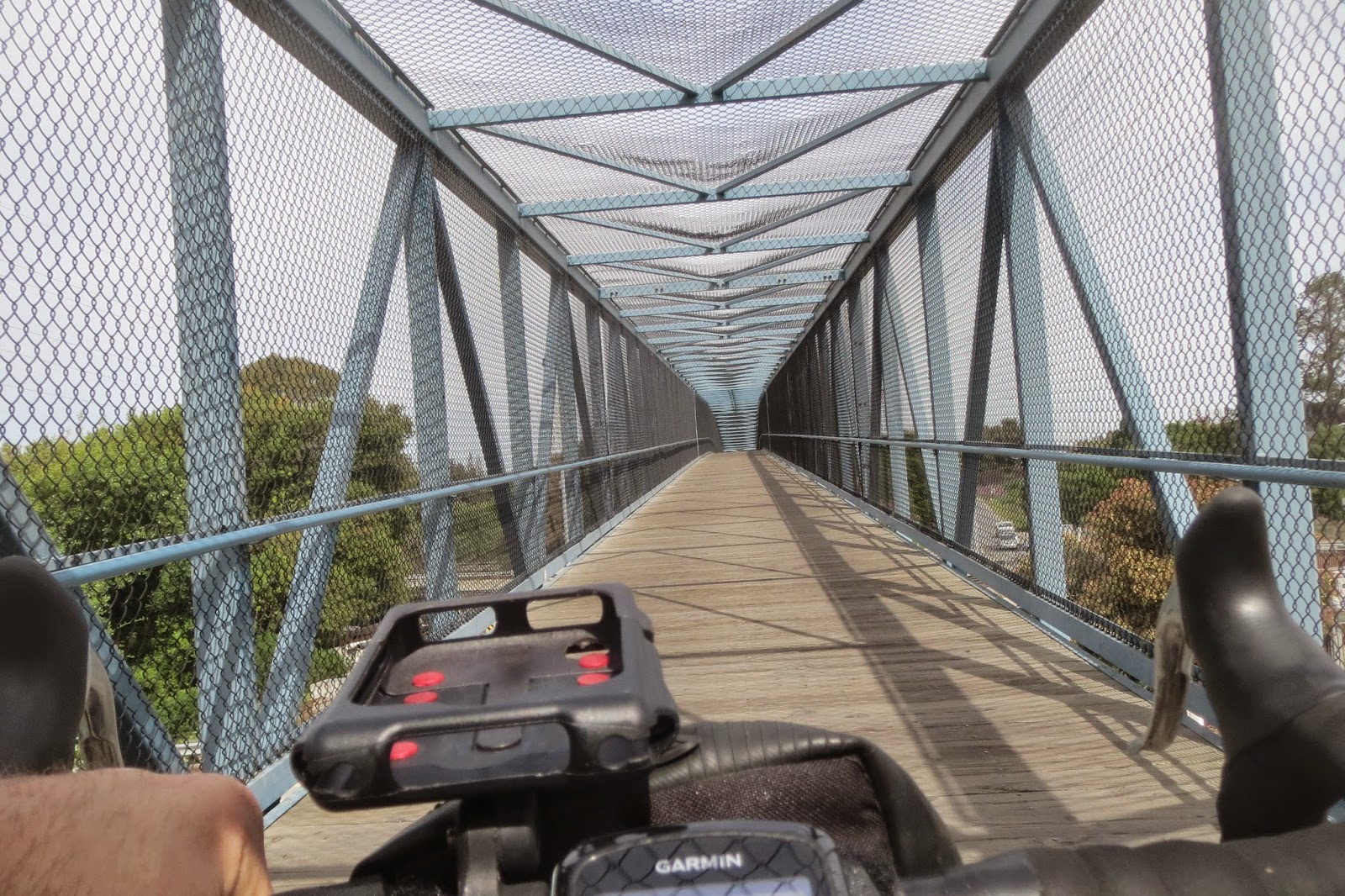 So I’ve been flying back and forth to California several times over the past few months. This is a big reason why there are longer than usual gaps in posts and a lack of builds lately. I’m sorry to say I’ve been spending a lot of time dismantling things that were never built to be dismantled and selling things I always thought I’d keep. 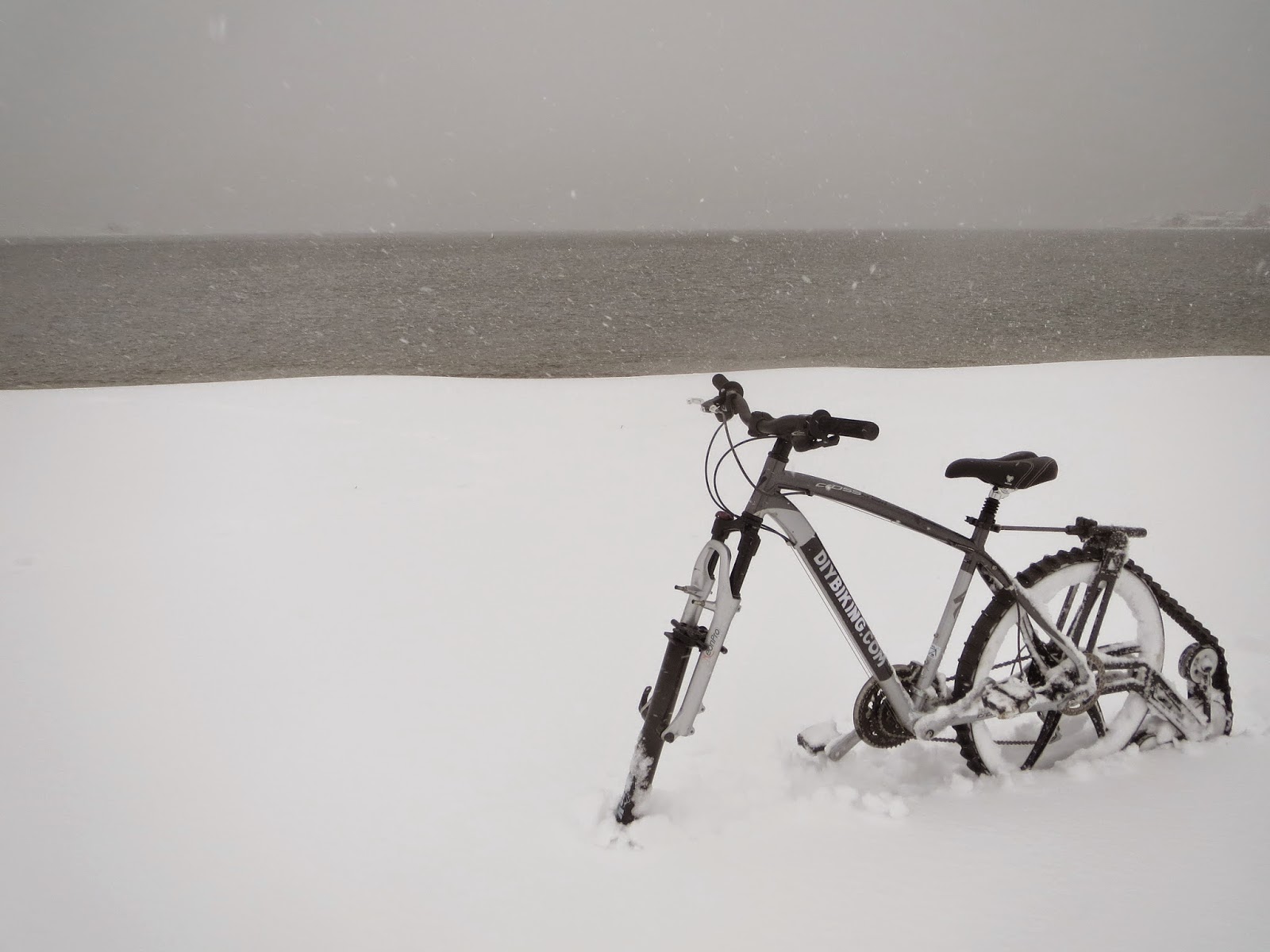 I know, I know, I know - I even donated my good ice scraper to Goodwill the day after teaching my bike repair workshop at Rippowam Labs.

What ‘builds’ I have done have been improvements to our Stamford home so the sight of parts of it wouldn’t send potential buyers fleeing toward the West Beach breakwater. I even modified my workshop so it would look less like like a Dexter Morgan kill room and more like a place Bob Vila would like to hang out it. 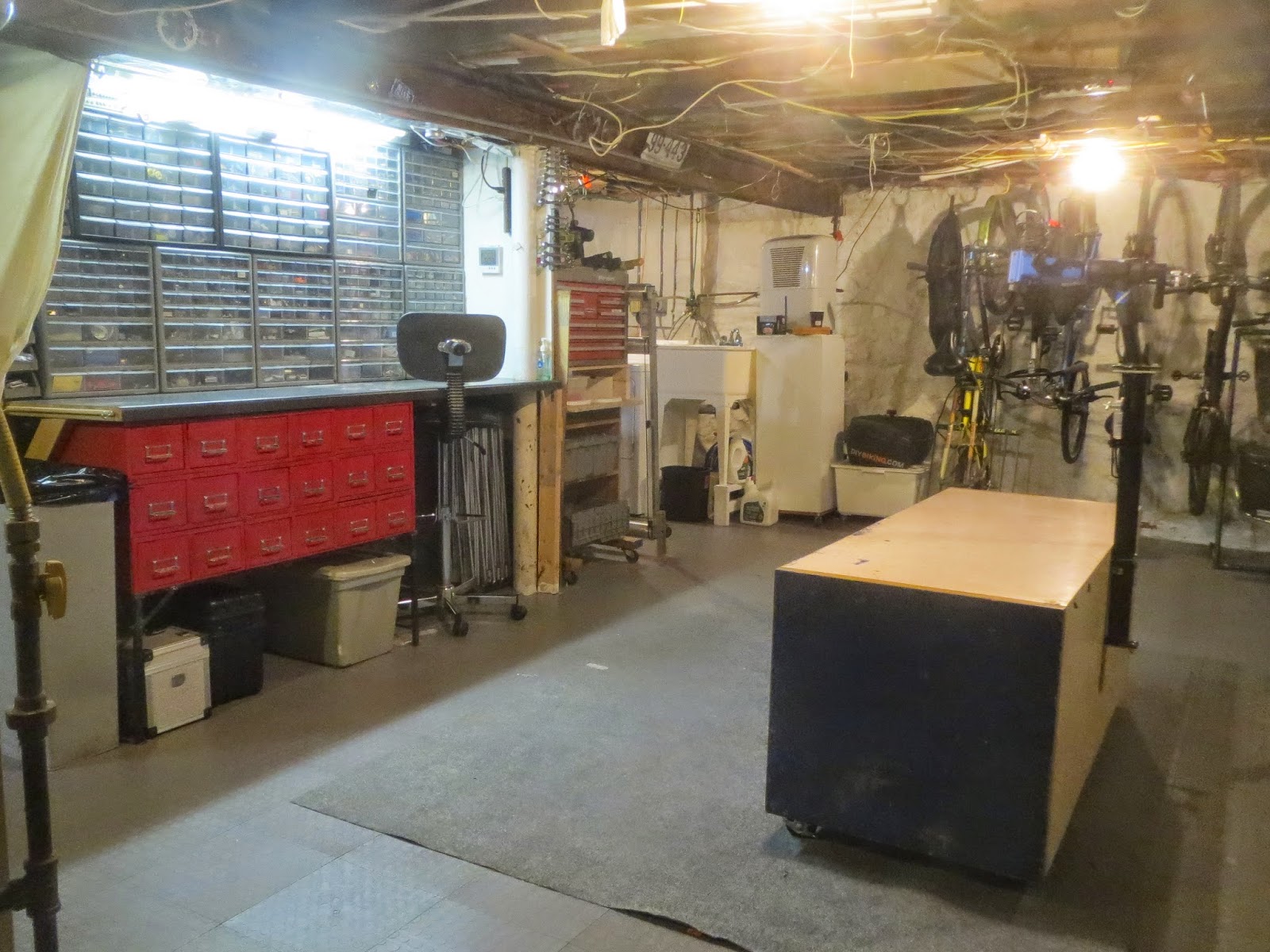 Of course, a lot of the house looks great. I mean, we haven’t even gotten two years out of the kitchen that upended our lives in early 2013, so that’s a huge selling point…once I get past my disappointment of just figuring out where everything goes when emptying the dishwasher a couple of weeks ago.

So while that’s been going on I have been checking out the bike scene in Silicon Valley and hope to be a part of it - recreationally and professionally. It’ll be an adjustment, for sure (just now I’m getting used to the idea of having to apply sunscreen in months like February) but eleven years ago I adjusted from rural New Hampshire life to city life, so I have a halfway decent track record going on. Also, as I’ve learned biking around this country and eleven others: a lot of cities have similar transit problems - many of which can be solved if more would #choosethebike. 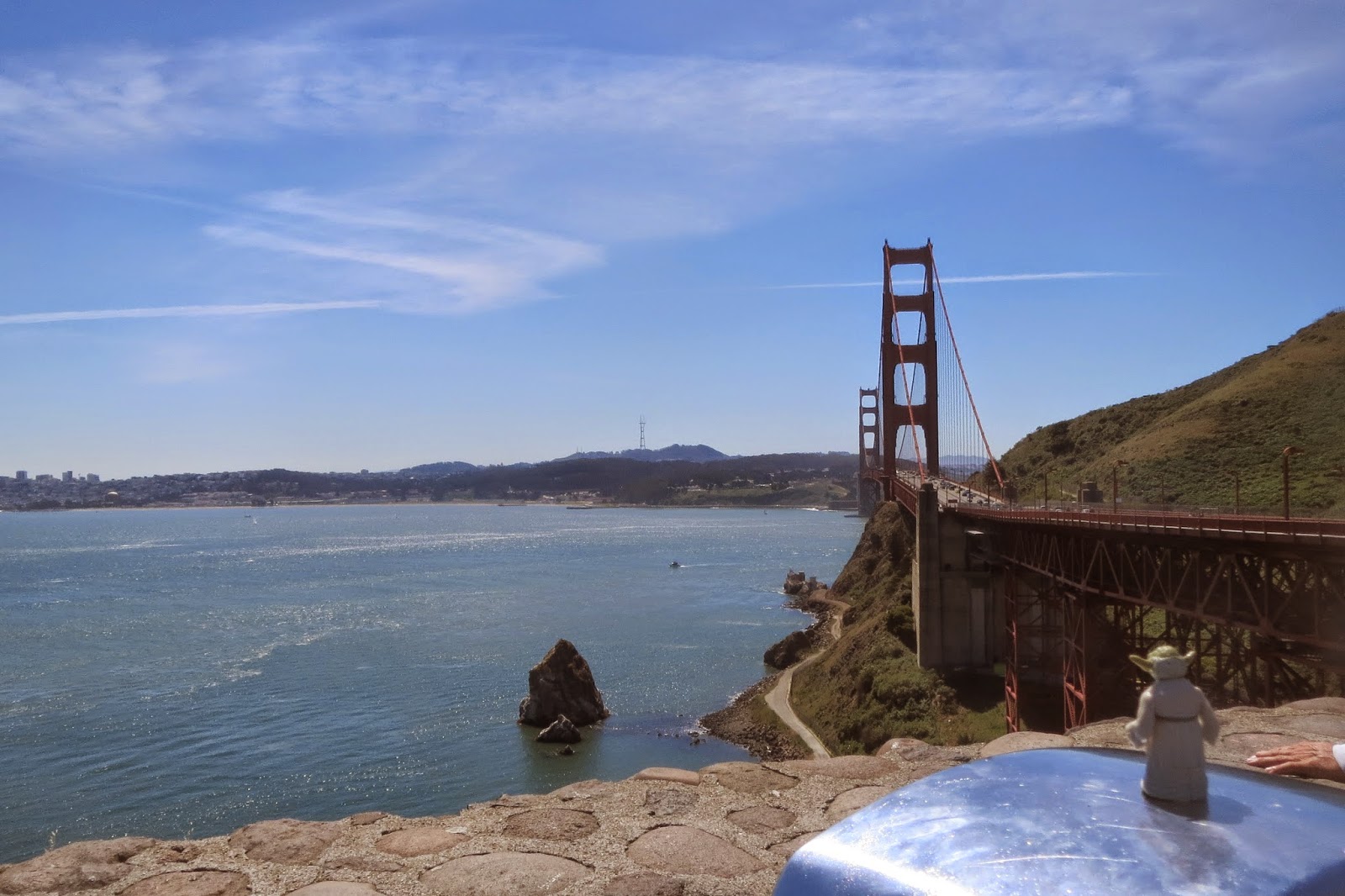 Also, I am terribly sorry to say I will not be participating in this year’s Five Boro Bike Tour. Last year was my tenth one in a row, and not giving it a proper send off is like Ed Sullivan going off the air without a finale. I’m sure it’ll be a great one per usual - visit the Bubba’s Barbikyu tent if there is one at the festival - but there are regular rides in Silicon Valley and some cool-sounding events taking shape like the 1st annual Silicon Valley Bikes: Festival & Bicycle show on Sunday, May 3rd at 635 Phelan Avenue in San Jose.

Even though I’m not completely on a hard timeline for finishing this move (Jon Stewart's being vague about his last day; this is no different) I am excited to begin a phase of my life where I don’t need to dream up ways to make my house smell like baking cookies for potential buyers.* While I am in this transitional period I’ll do what I can to promote Bike to Work Week in Connecticut (especially Stamford, since there is even more planned this year than there was last year) and Bike to Work Week and Bike to Work Day in Silicon Valley. 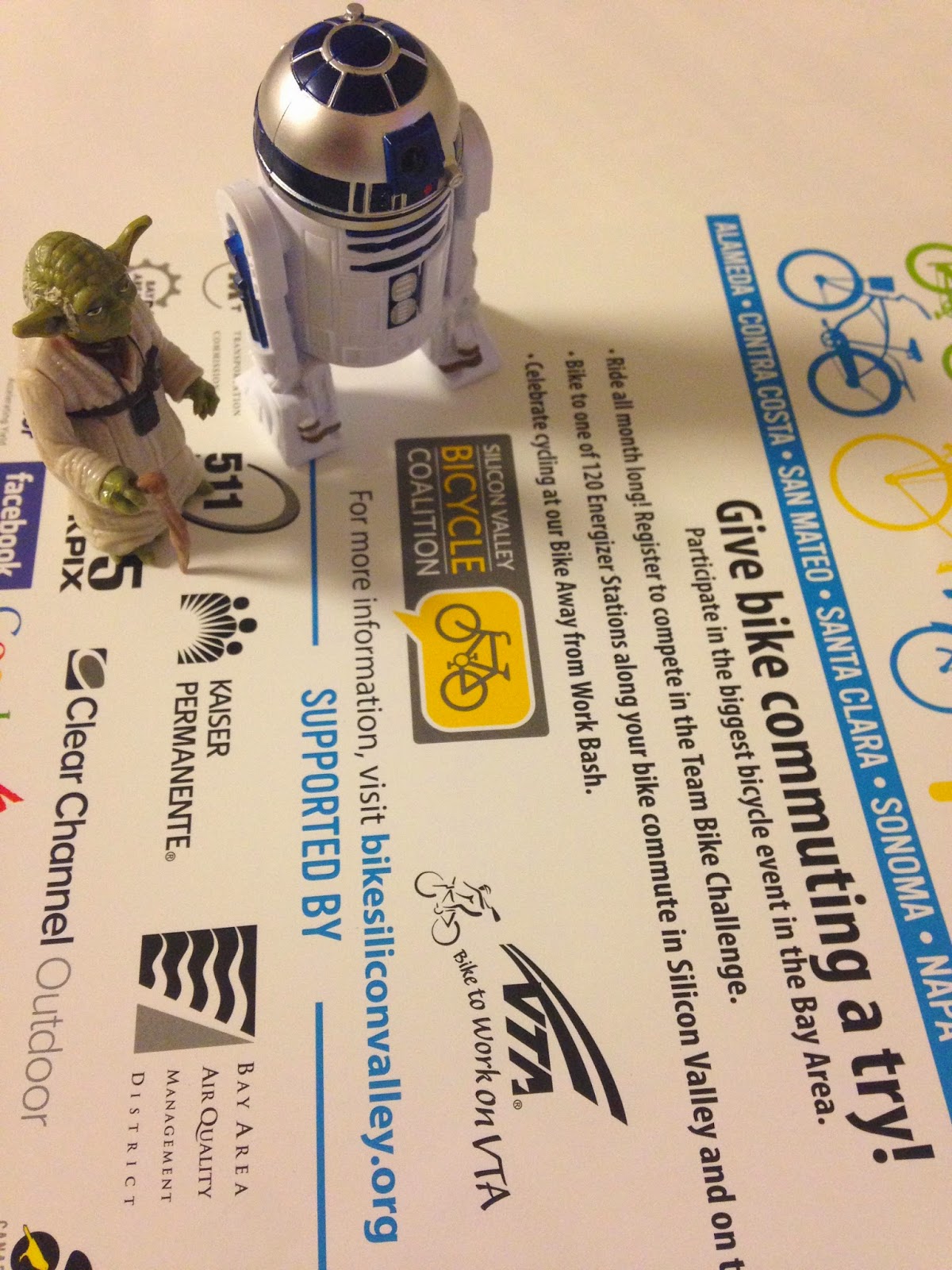 Thank you for keeping up with this site and for all you’re doing to lift your communities with cycling. As I’m learning it may not matter where you live since you can bicycle - and improve the environment for bicyclists - no matter where you are or what you do. I’ll let you know when I’m about to have my last alfajore cookie at Lorca and when I get my California driver’s license.  As always, thanks for reading and thanks for riding.

*As a service to cyclists who may be selling their homes, here’s the process I developed when you have five minutes to get out of your house before a realtor comes over with a client:

1) Buy Toll House chocolate chip cookie dough at your local grocery store. Roll into 1” balls and place on a sheet of aluminum foil in your freezer.

2) Within an hour of the broker and potential buyers coming to the house, remove one of the frozen balls of cookie dough, place on a paper towel or napkin, and microwave for EXACTLY 42 seconds**

3) Leave the microwave door open when you remove the now steaming ball of dough and place in a central location of your house.

4) Wait three to five minutes. This is a good time to get the rest of your Go Bag together.

5) Discard the cookie dough in the kitchen trash can and close the microwave oven door. The smell should linger about two hours.

**42 seconds took a while to figure out. Also I like The Hitchhiker’s Guide to the Galaxy.
Posted by Mike at 3:23 PM