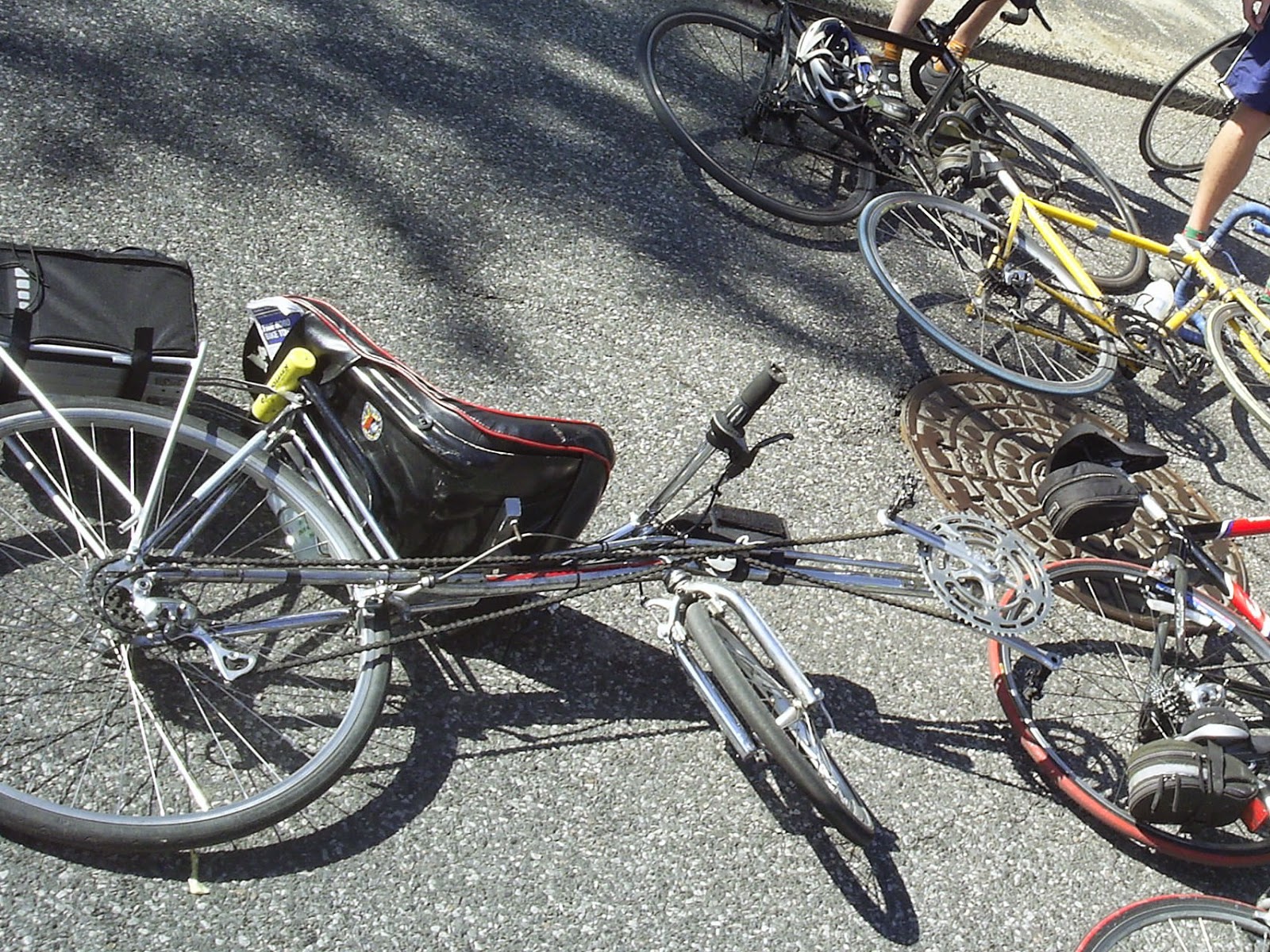 For the first time in ten years, I’m not doing Bike New York's TD Five Boro Bike Tour. I’ll tell you why - but let me tell you a story first.

On the first Sunday of May 2005, I woke up early at my fiance’s studio apartment located on 32nd Street between 3rd and 2nd. I quietly dressed and rolled my bike - an early 1980’s Turner recumbent - and headed outside to ride to the start line. At the time the recumbent, with the 16” front wheel and 27” rear wheel, was one of only two bikes I owned.* 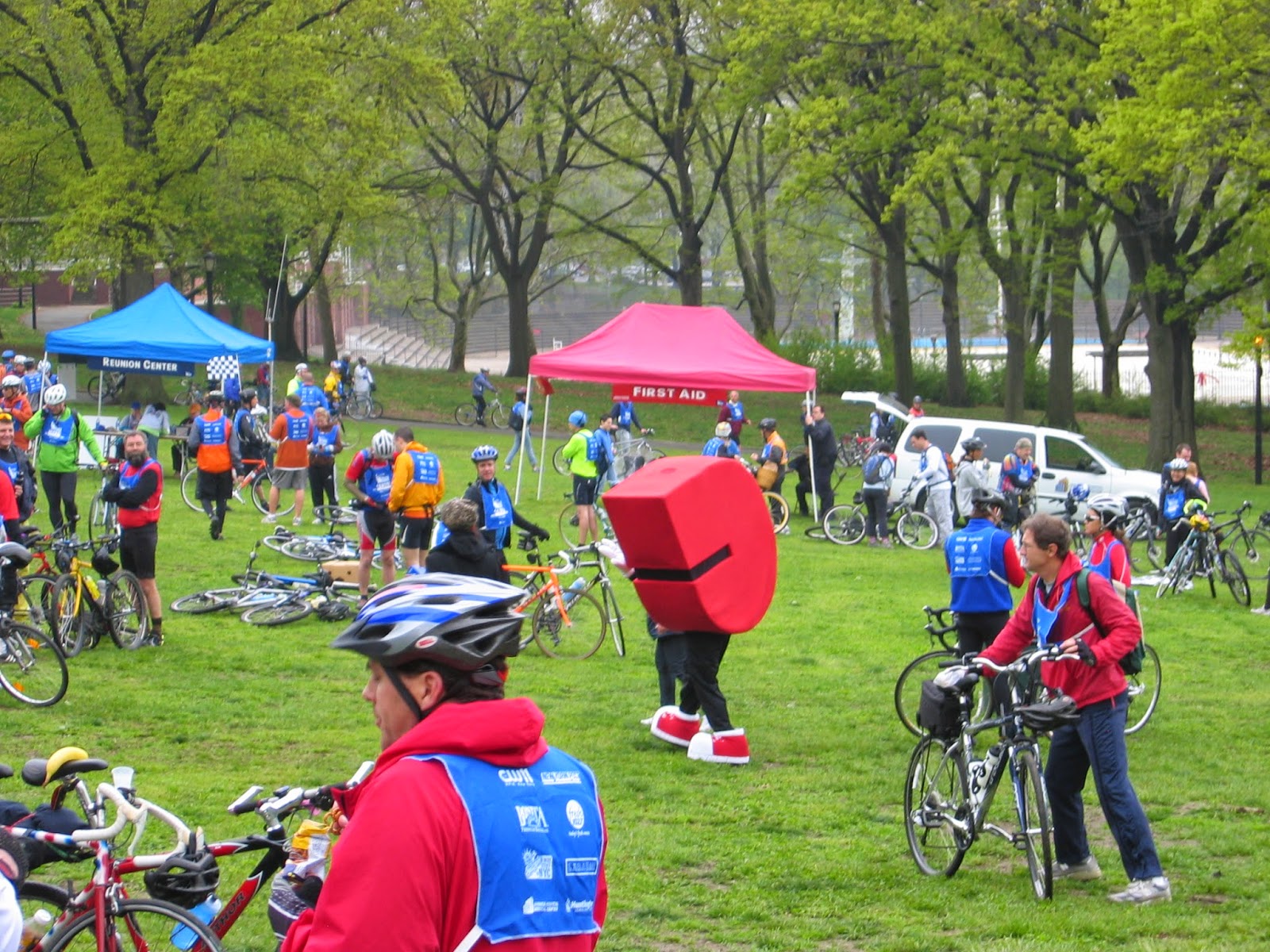 When I first signed up, I thought I was just going to be riding in the event as a way to challenge myself and experience the city. Little did I know I was starting an annual habit that would take me through 2014. 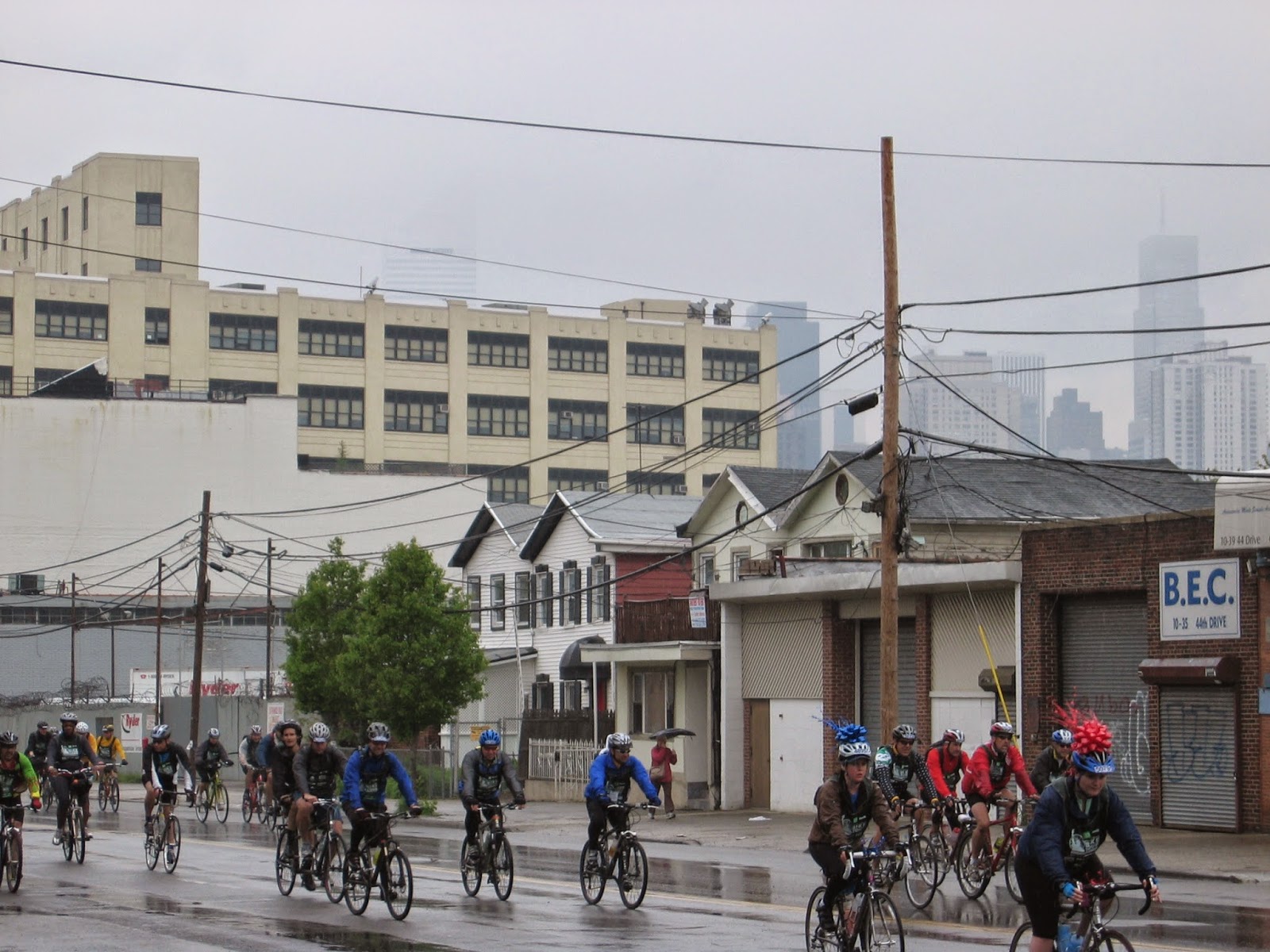 I don’t remember a lot of specific details of that first ride - only one moment of intense fear when I was coming off one of the bridges and a saw a cyclist turning a corner in front of me. I distinctly remember staring at the rear wheel and thinking the following words:

At the time, my fiancé and I - then living in separate cities - had put in a bid on a house in Stamford, Connecticut the previous Friday. We basically got a ‘we’ll let you know’ response from the listing agent since the day of the Five Boro Bike Tour there was an open house. The tour gave me a chance to push my breath rapidly in and out of my lungs instead of just holding it. 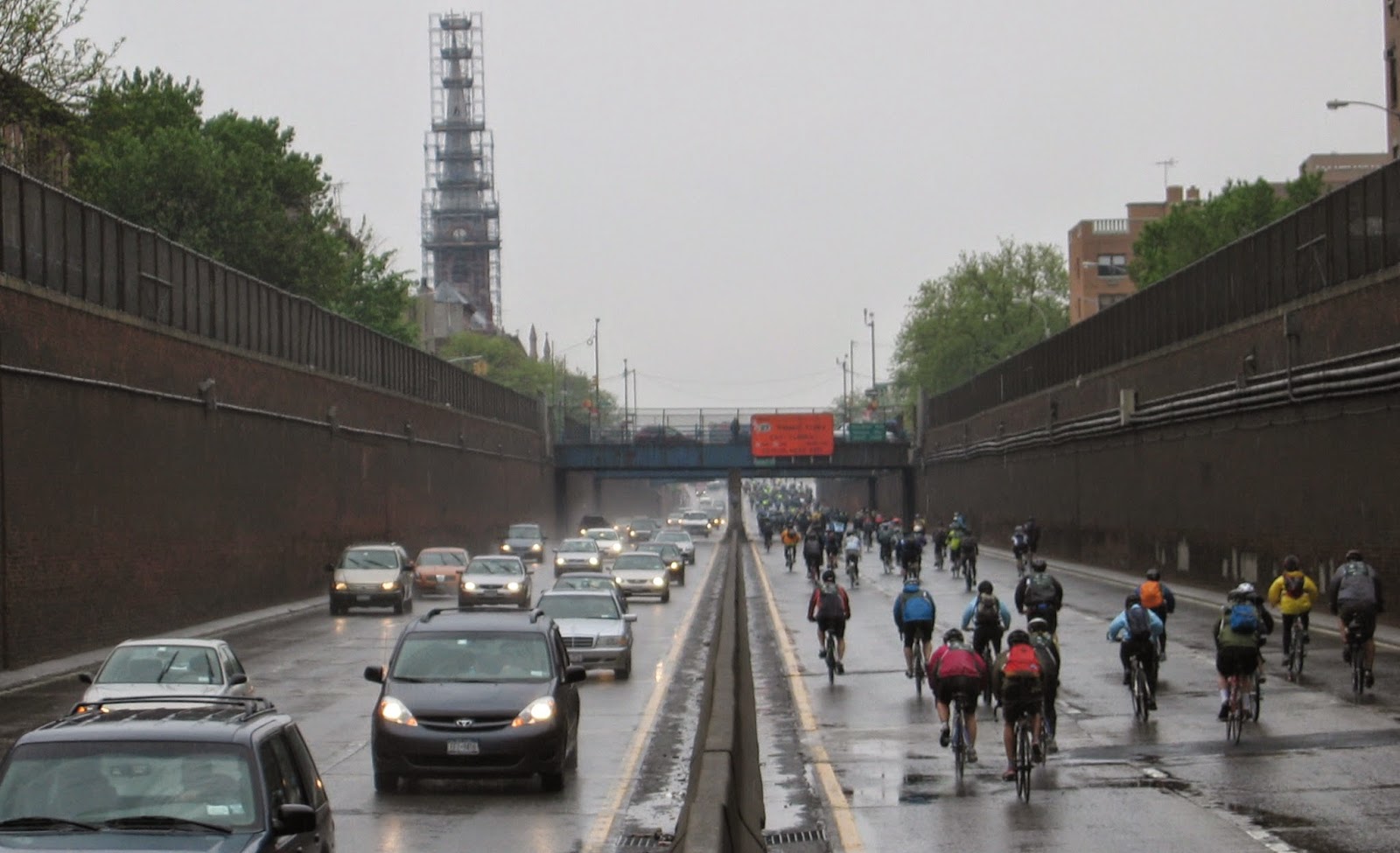 2009 FBBT. I stood on the median to get this shot and could barely keep the rain off the lens.

We ended up getting the house and, a few months later, getting married. The sale of that house will close within days of the 2015 FBBT, and we’ll be celebrating our ten year wedding anniversary this fall. But back to my first FBBT. 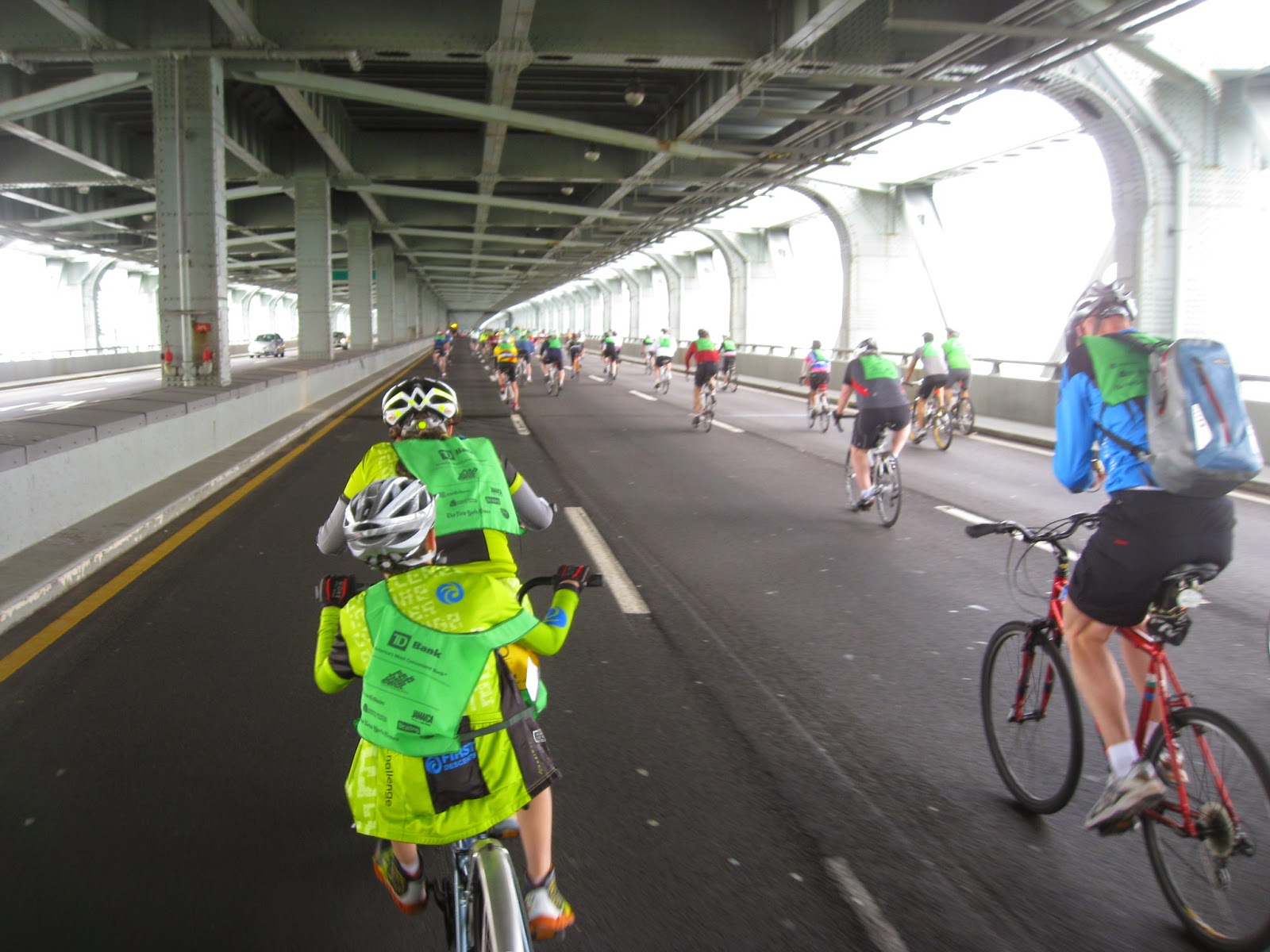 In addition to that moment of first-world panic, I remember passing several people changing out flats (and helping one woman out with hers).  Later I was pleased to get through the ride on my museum piece without any flats myself or other mechanical problems.

Each tour, I’d use the recumbent and promised myself not to use it again for the next Five Boro Bike Tour if it got a flat. I ended up doing ten Five Boro Bike Tours in a row - from the year I turned thirty to the year I turned thirty-nine - and never had a single flat or any other problem, physical or mechanical. Part of it is because I know how to do basic bike maintenance, the other part is the recumbent is magical. 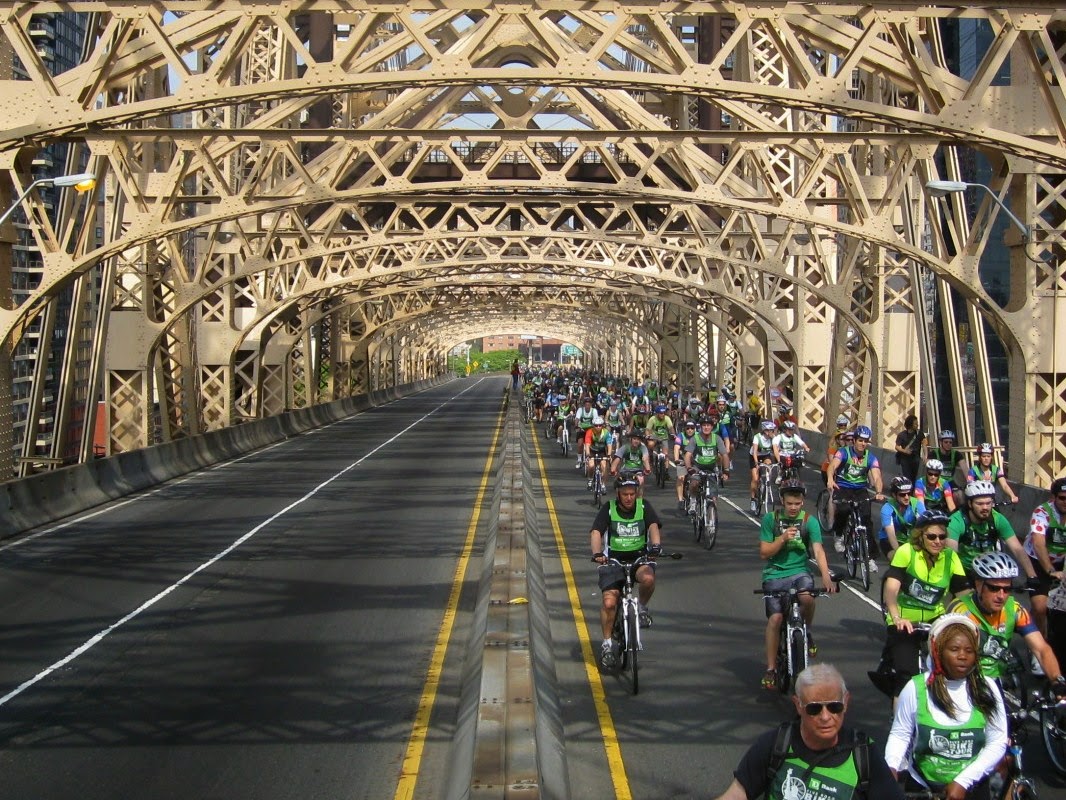 Of course, when I wasn’t riding in the tour, the recumbent wasn’t always problem-free. The first time the frame cracked, I paid a guy $60 to weld it. The second time it cracked, I welded it on my own since I bought a Lincoln Electric MIG welder and taught myself how to use it between Crack 1 and Crack 2.

A few years later, just before the 2012 FBBT, I did some risky bike surgery and welded a metal bar so I could have full use of the dinner plate-sized, 60-tooth chainring. Meanwhile, 27” wheels and tires continued to get harder and harder to find: a wheel from a Dumpster-bound Fuji Espree that was only supposed to get me through the 2011 FBBT lasted three more tours and is still on the recumbent today.

And still the bike continued to give me no problems - always drawing admiring comments from the ladies, excited smiles from the kids, and stares of disbelief from the carbon-fiber frame riders - particularly when I’d pass them going up the Verrazano Narrows Bridge. Through all ten tours, some of the coolest, most determined riders I met pedaled bikes different from all the others. People like BikeSnobNYC underestimate recumbents at their peril. 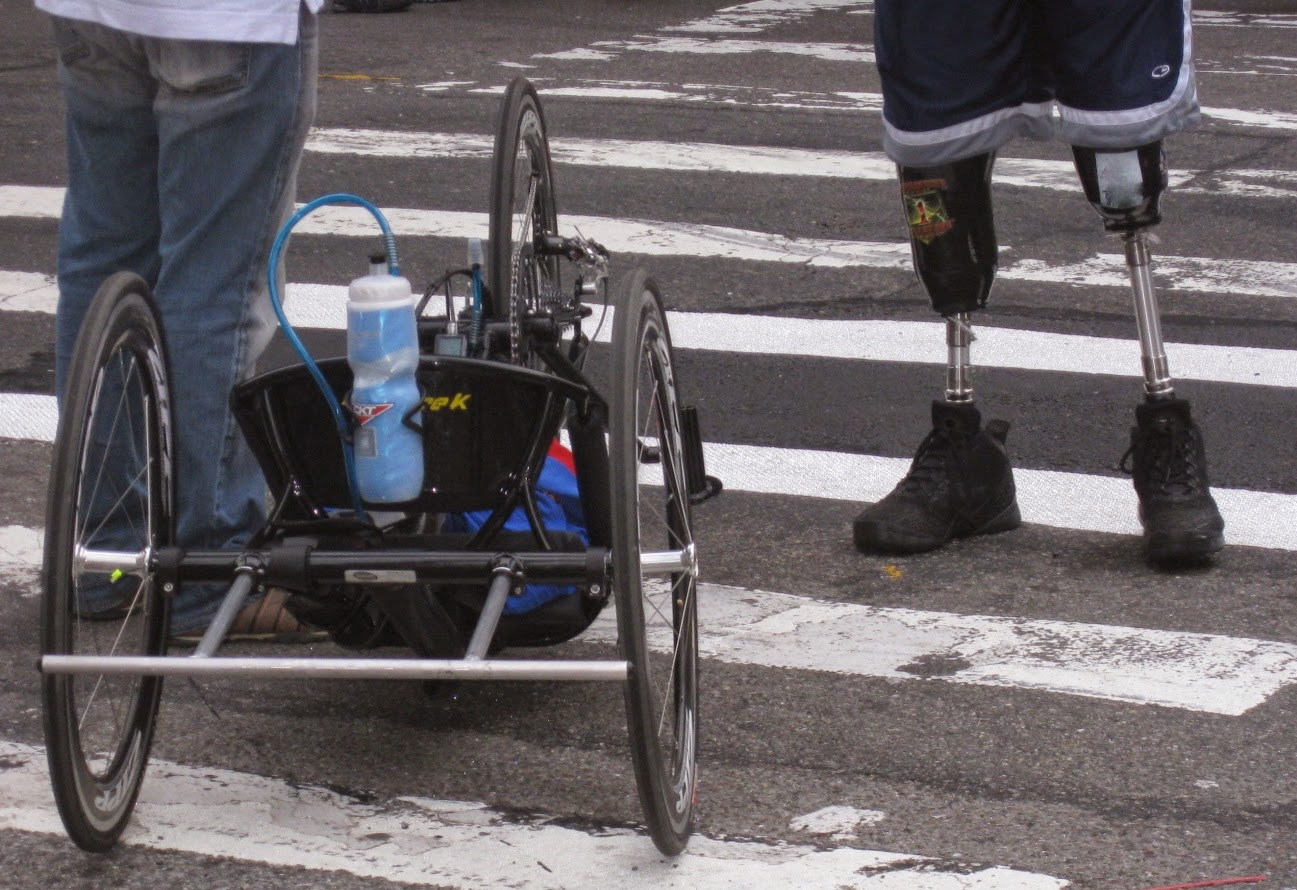 Over the years I figured out everything I thought I needed to know about the tour. I determined what I needed to bring and my list of The Five Things I Can’t Live Without on the Five Boro Bike Tour remains a popular post this time of year. (Just remember: when you get your tea saucer-sized cookie at Zaro’s Bakery, eat half at the start line and eat the other half at Astoria Park as you’re loading up on bananas). 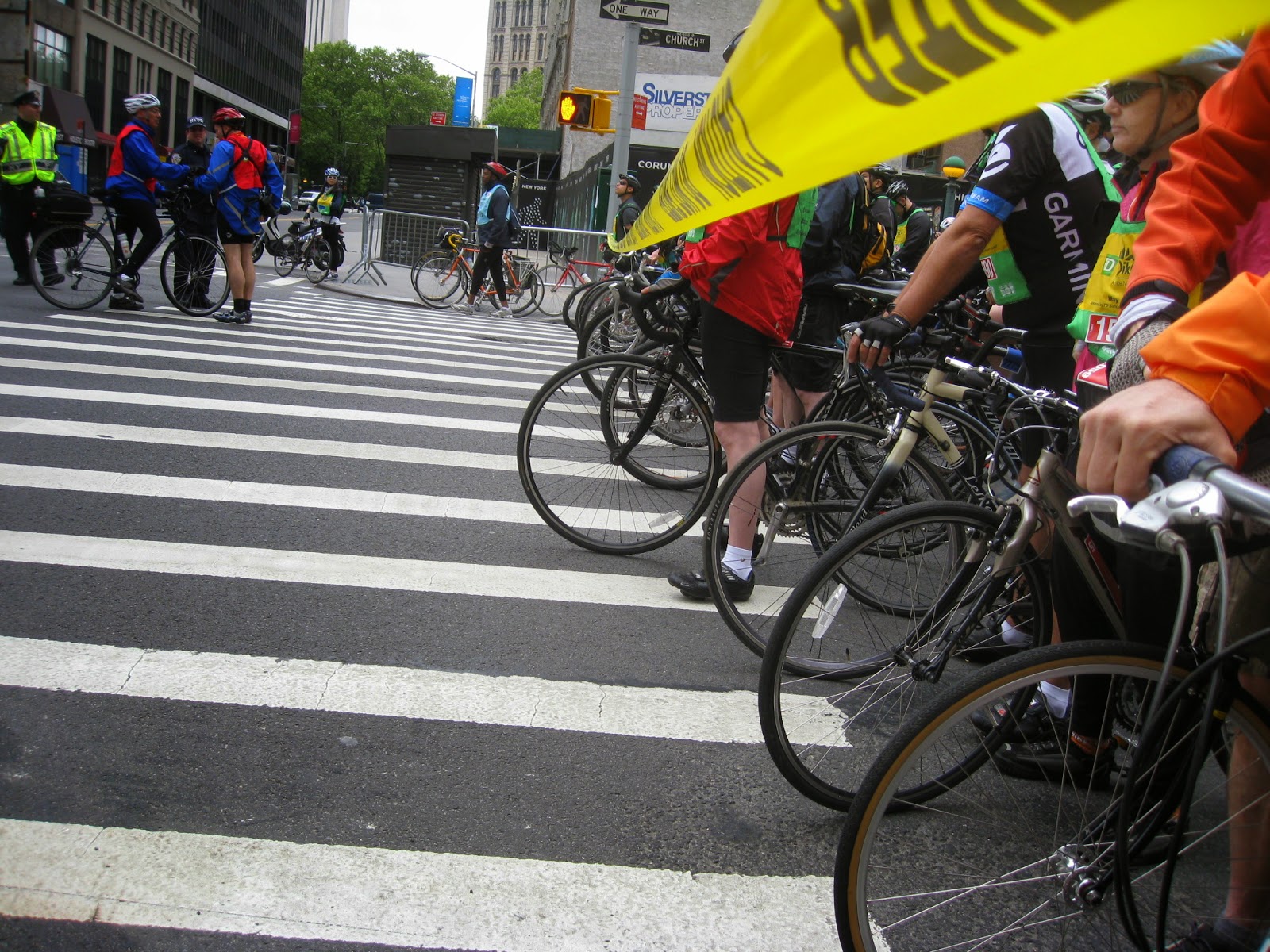 At the close of each tour, I’d try to figure out how to plan for the next one. As soon as I found out when the sign-up period would begin, I’d write it down and plan my day so I could register the minute (or, rather, the minute the servers stopped crashing) it began. When they stopped mailing tour packets and made Bike Expo New York, I figured out how to do that too - but worried not mailing the packets would make the tour less diverse. When their weird bag policy got put into place (to be fair to them: it happened after the Boston Marathon bombing) I went along with that and even managed a workaround. 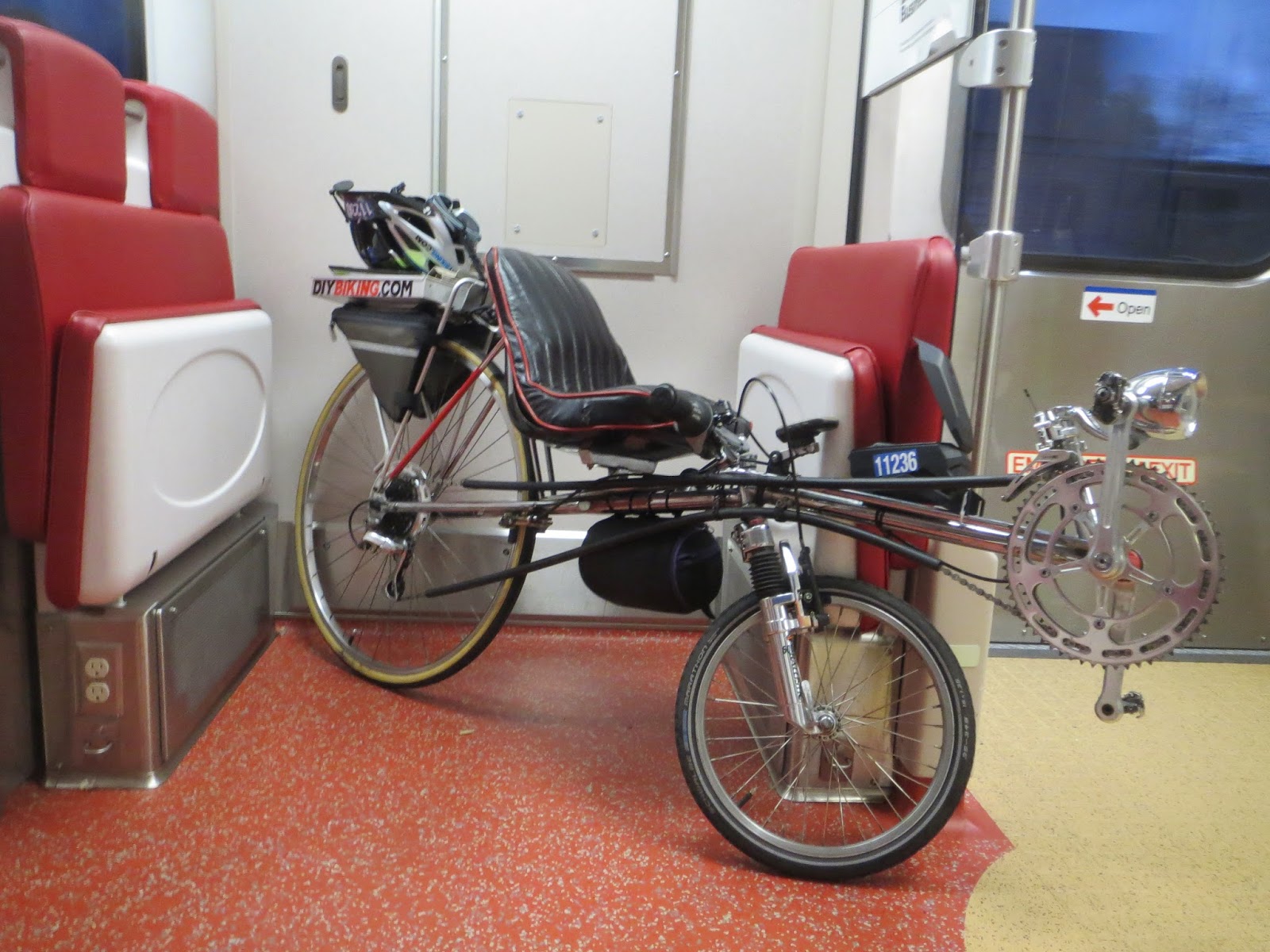 And I continued doing the tour. The only reason I am not doing it this year is because I’m moving to California. This very week that’s happening. In fact, the day before the tour I’ll be looking wistfully at cars with bicycles on the roof heading east while I’m driving west.

If you’re doing the tour, be sure to look around at the riders around you: there are thousands of people, of all ages, from all over the world, pedaling pieces of junk, works of art (or both). Every body type and income tax bracket will be represented. That - and the ability to watch the city grow at least once a year from a free-flowing river of cyclists never gets old. Over ten tours, Borders Books fell. The Freedom Tower rose. And the city abides. 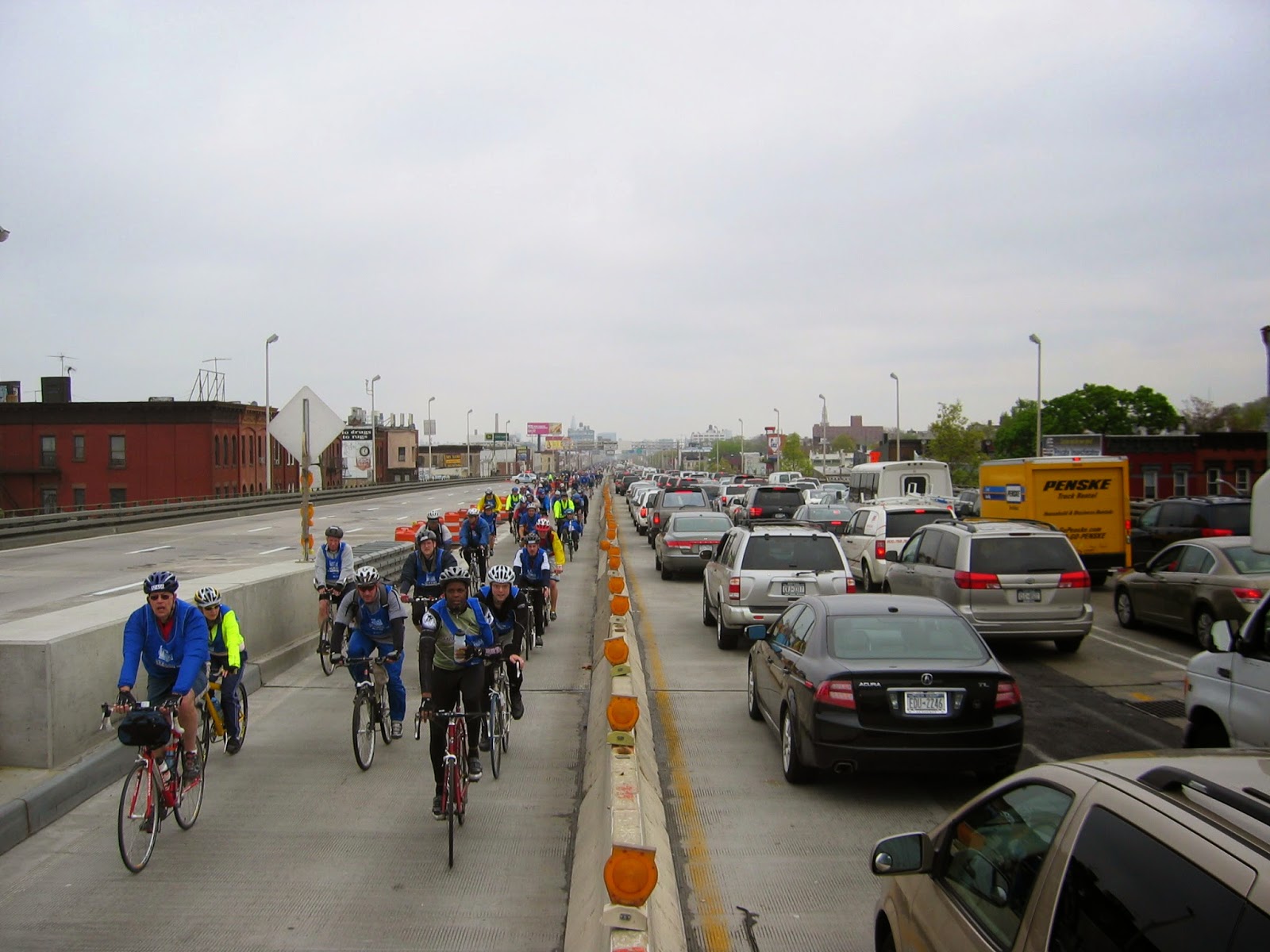 So, Bike New York, thanks for the Five Boro Bike Tour.  I’m positive that this Sunday, at my hotel somewhere in Ohio, I’ll wake up at 3:00am terrified I missed my Metro North train from Stamford to Manhattan (and I will wear my 2010 FBBT T-shirt that day).

But because I didn’t snap up my FBBT ticket it means that somebody else did - hopefully a newcomer. Whoever you are, have a great time. Whatever you ride, I hope it runs flawlessly. Whoever you meet, I hope you make friends. And whatever you do don’t take the day for granted. 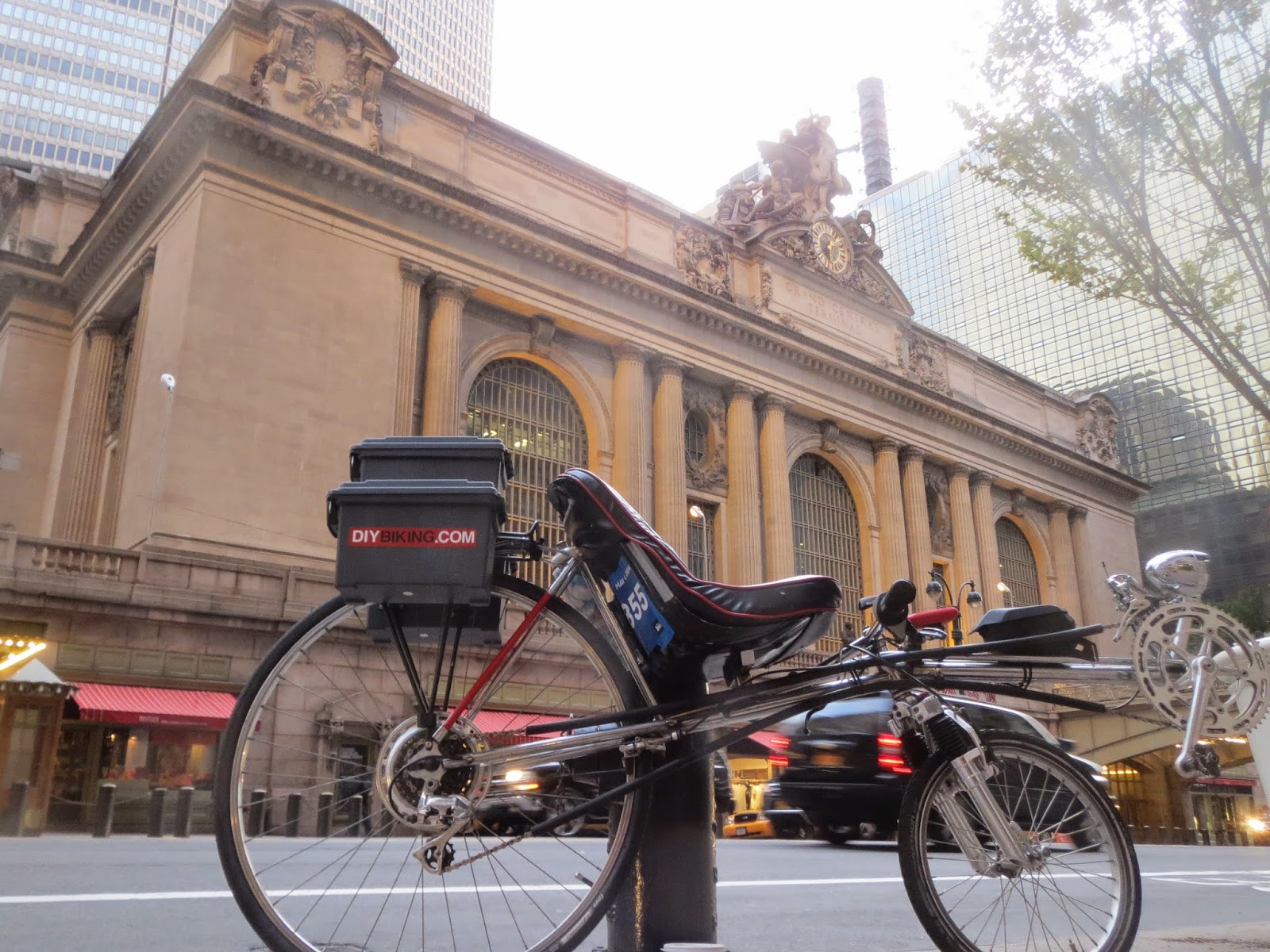 And thanks to the NYPD, the sponsors, and of course the presenting sponsor, TD Bank. I hope you keep up your commitment to the tour and make a big, big show of putting a bike rack in front of each and every one of your branches - like I’ve tweeted at you about before. You’ll get great press and make more money like when CVS dumped cigarettes, you’ll lead the change parking lots around this country desperately need and, possibly most important, I’ll bank with you forever.

And to all who will be shivering at the start line on Sunday (don’t worry; it’ll either get warmer or you’ll have so much fun you’ll forget you’re cold): enjoy the city that never sleeps when only the cyclists are awake. I’ll miss you all most of all  - and I’ll look for a fun annual ride in Silicon Valley. Thanks for reading and thanks for riding. 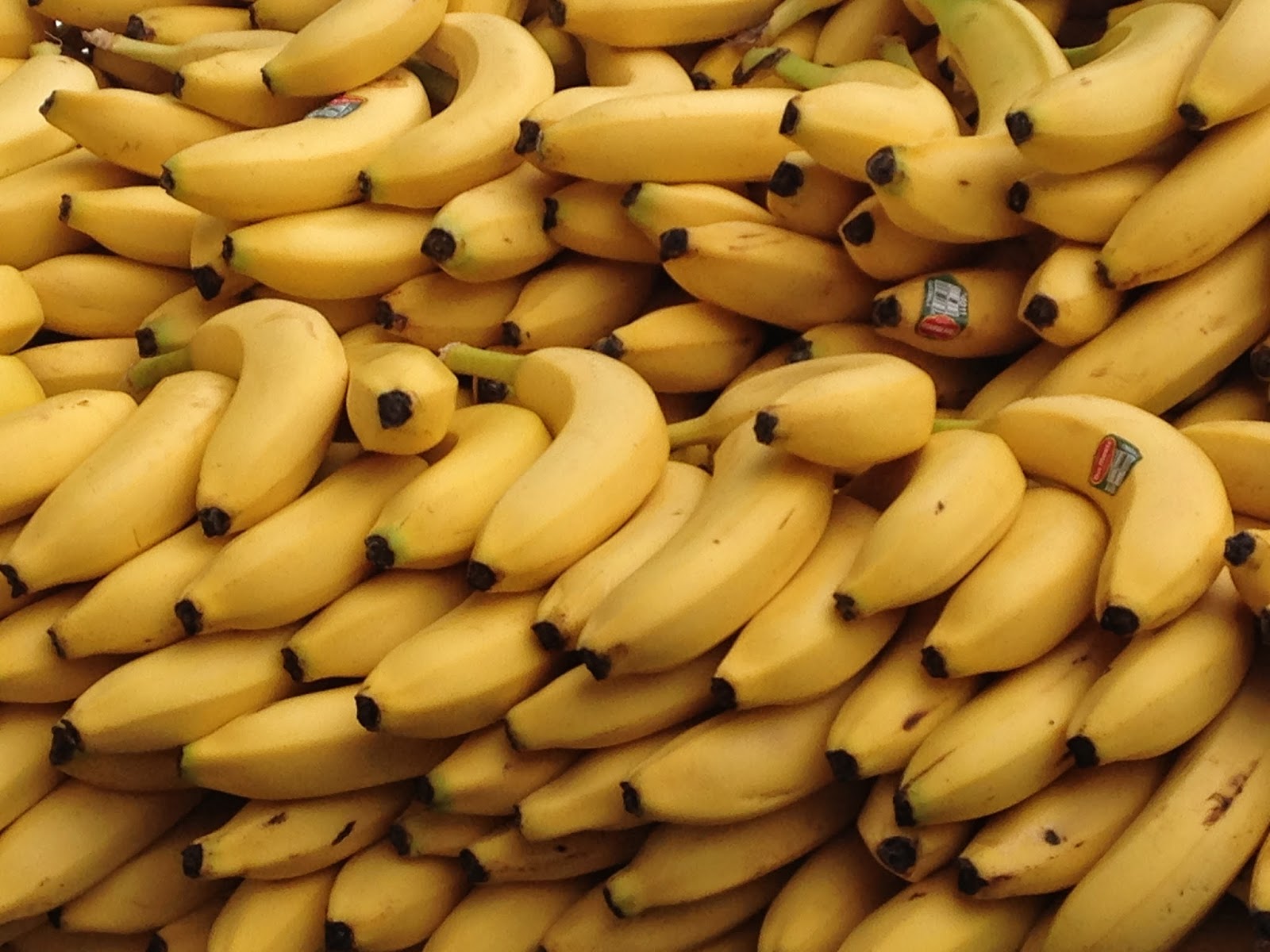