Well, my bike is tuned, and I have my cell phone, camera, Metro Card, helmet, bottles of water, light jacket, Five Boro Bike Tour vest, matching socks and everything else I need for tomorrow. The alarm is already set and I will ride to the station in the dark with my homemade bike light. I will take Metro North to Grand Central Terminal. I will ride down Park Avenue to Broadway and follow the other cyclists to find my way to Battery Park.

But there are a few other things I also have to bring, and none of them are listed on Bike New York's checklist. They are on my checklist, and they are there because the six Five Boro Bike Tours I have ridden before have taught me to bring them. Call this the 'wisdom' list, but here we go: Five things I can't live without on the tour. 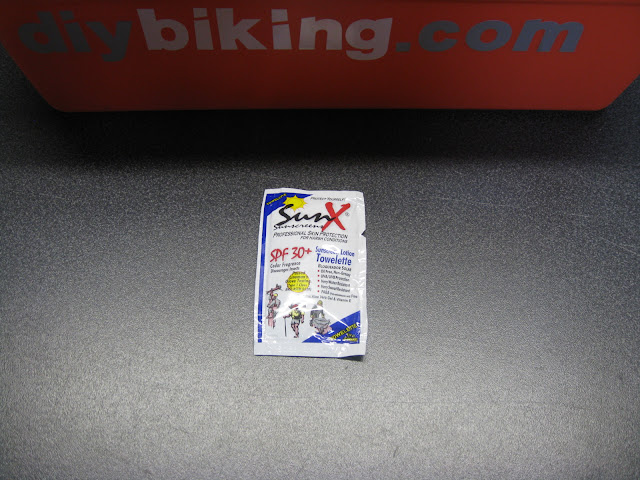 I do not remember exactly when sunscreen towelettes came into my life, but I also don't remember how I was able to ride without them. The Corotex SunX SPF30 towelettes work well and come in a box of 25. I checked the forecast and it is going to be quite sunny, and I found it is better to bring one or two of these along instead of a 12-oz. bottle of Coppertone left over from last summer's trip to the beach. 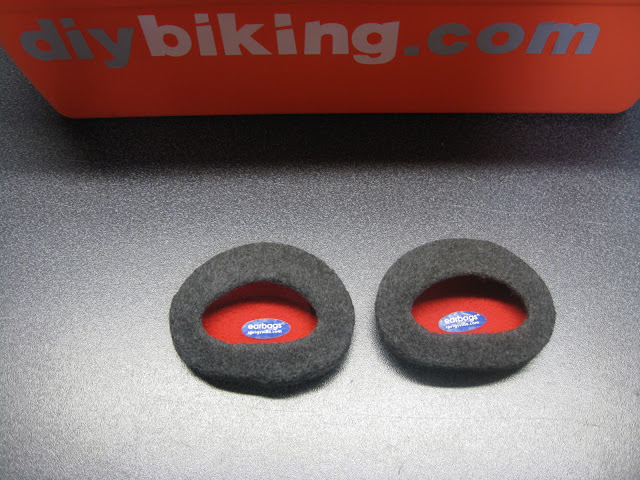 There is an empty desk at the Earbags marketing department because every bike store in New England should carry these. Earmuffs that don't interfere with the bike helmet. Genius. Simply slide them over your ears and they just pop into place. To their credit, the Bike New York team has always stressed the need for a light jacket because it can get very cold at the start, but sometimes the wind can just howl through the financial district and chill you in such a way you'd pay someone good money for a pair of Earbags. Lots of warmth for very little space in the bike bag. 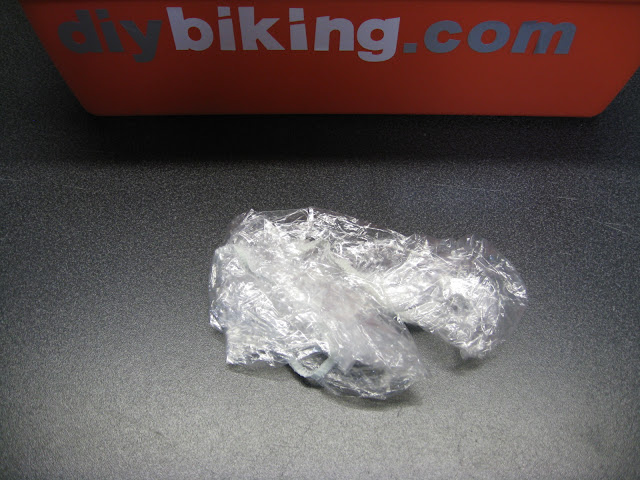 Stay with me on this one: just because the forecast says there is a 0% chance of rain, I don't like those odds. And I have been alive long enough (and seen enough Jerry Bruckheimer movies) to know the weather can change rapidly. If you travel it's good to gather hotel showercaps wherever you stay and bring them home. Tucked in a bike bag, they weigh nothing and easily stretch over a helmet during a rainstorm. Two tours ago I wore one the whole 42 miles... 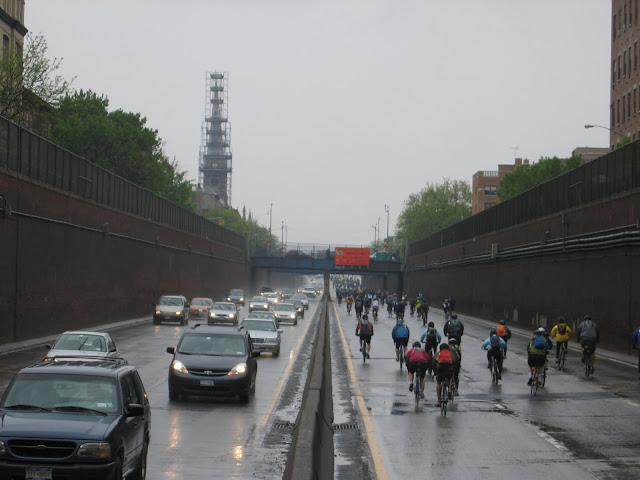 ...and I was glad I did. No matter what the weathermen and weatherwomen tell me, I always keep one in the bike bag for a little peace of mind. Bike New York thoughtfully has placed mile markers at various intervals throughout the route. It is good to know how many miles there are between rest areas and the like, but I still always bring my Garmin Edge 205, which is the least expensive bike GPS they carry. For me (and a lot of other cyclists) the ride is a lot longer than 42 miles when you include the trip to the station, the starting point, and post-event rides (for instance, in my tour packet this year Bike New York included a coupon for a free smoothie at Energy Kitchen - which has 10 locations in Manhattan - if you show your tour vest). I like knowing where I'm going, how fast I'm getting there, where Grand Central terminal is, and what time it is just on general principles anyway. 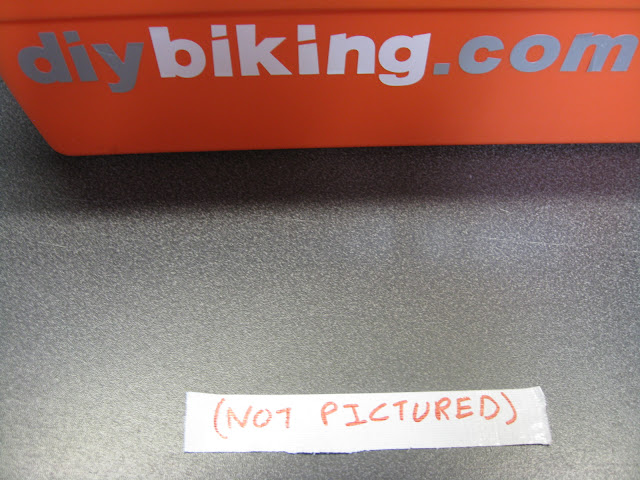 This is something I pick up when I get to Grand Central Terminal on the morning of the tour, so no, I do not have it photographed. Even if I did, the picture of any oatmeal raisin cookie from Zaro's New York Bakery would not do it justice. About the size of a tea saucer, I have consistently found that if I eat half of it at the starting point in Battery Park and save the rest for Astoria Park I'm quite satisfied, even though I'll still eat protein bars I bring along and bananas that are handed out.

So, there you have it. Once I have all five of those things added together with the Bike New York list of things to bring/FAQ list I'll be set to go.

In addition, I am bringing an extra pair of Earbags. If you are or become a follower of DIYBIKING.COM, and if you are the first person to see me at Battery Park, they are yours. But there's no chance I'm sharing my cookie.