Old Greenwich is one Metro North stop away from Stamford, which means if I'm taking a local train from Grand Central, I'd start gathering my coat and other belongings once the train passed Old Greenwich. 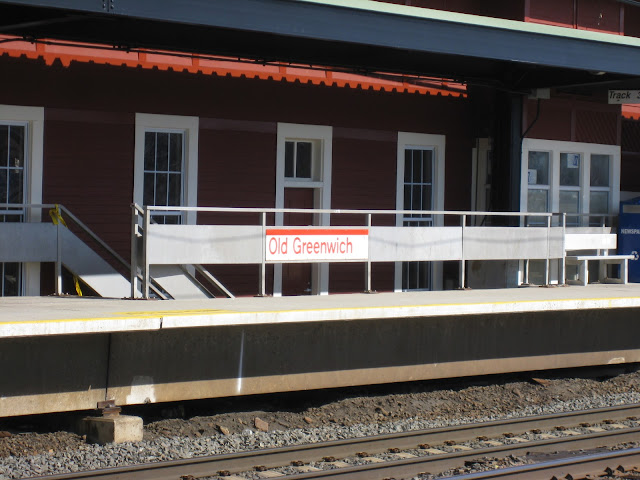 Since it's another stop that's so close to home, I decided to ride there by heading south on Rt. 1 and taking a right on Laddins Rock Road, which meant I could stop at the Perrot Memorial Library and take a terrible picture of it. 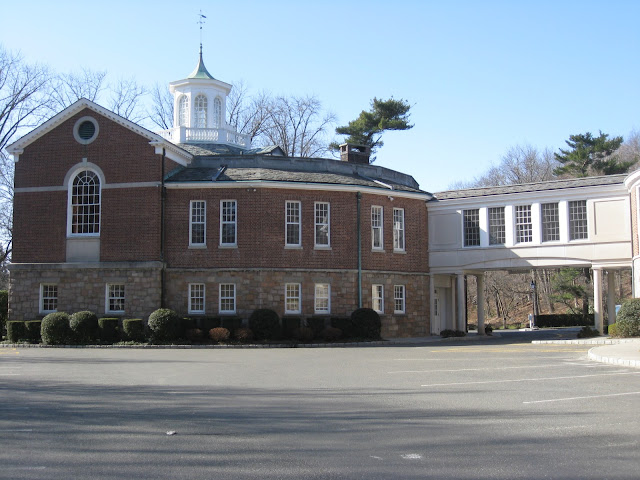 The photo doesn't do it any justice; the real treat is on the inside. It's one of those libraries that is more like a palace for books and for reading, and just walking into the place gives you a bump in I.Q. points. But it was closed this morning and I was heading off to Greenwich Point Park, a couple of miles from the library. First, I stopped at Binney Park, which is right across from the library. 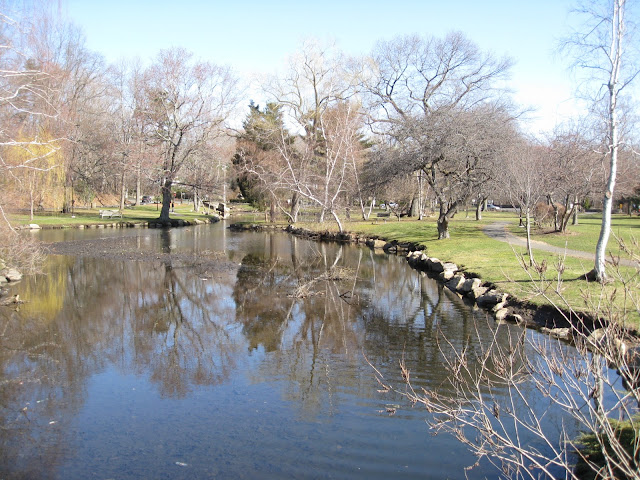 On a Sunday morning, it is very peaceful with a fair share of folks walking dogs, pushing strollers or jogging. I have no idea how large the park is, but it is big enough to land a helicopter. I know this because George W. Bush once landed at Binney Park to attend a fundraiser.

The park is a very easy to walk from the Old Greenwich train station, as is the library, so if you come here I recommend checking a book out of the library and walking around the paths all over the park. 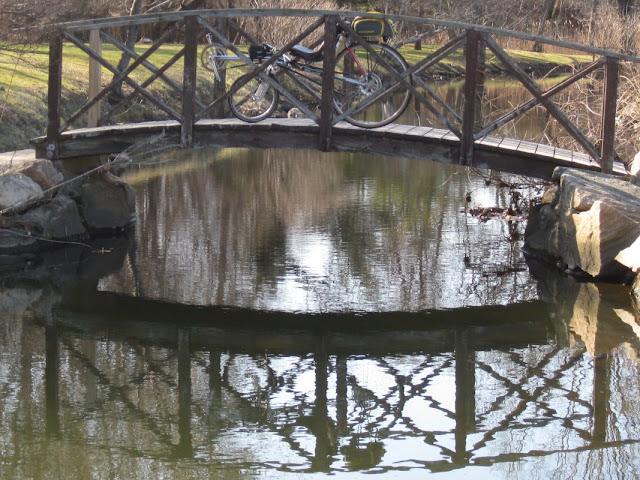 I left the park and got back onto Laddins Park Road, which turns (as if by magic) into Sound Beach Avenue. I headed past the shops along the main thoroughfare and took a right onto Shore Road, which ultimately led to Tods Driftway and to Greenwich Point Park. 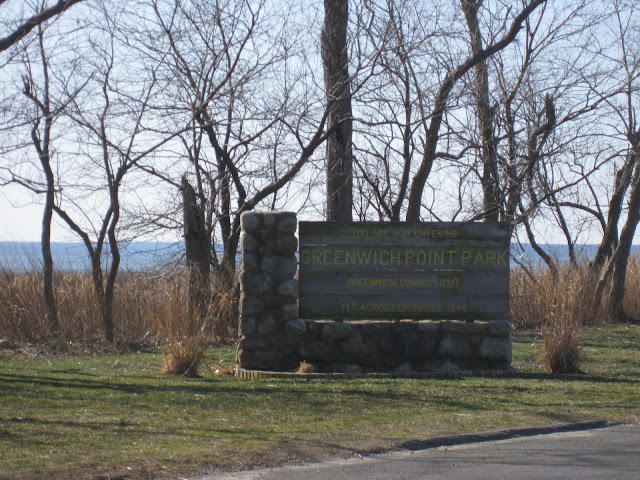 From my vantage point on the recumbent, it was clear that the only way to get to the beach was to dig three tunnels named Tom, Dick and Harry and hope one of them would remain undiscovered long enough for me to get past the gate, the gaurd tower, and the wire. 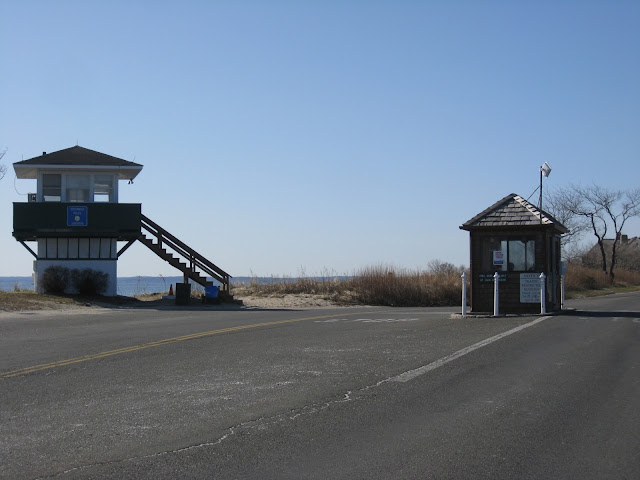 Okay, the last part I made up: there was no wire, and at the gate, nobody asked me to show a resident's beach card (a question which led to an infamous lawsuit years ago). In fact, there was nobody at the gate at all. I imagine it may have been because I rode here on the off-season, but who has time for wondering when the scenery is this nice? 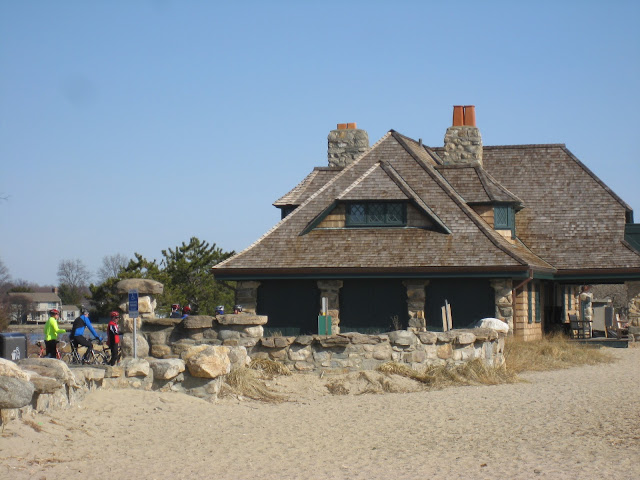 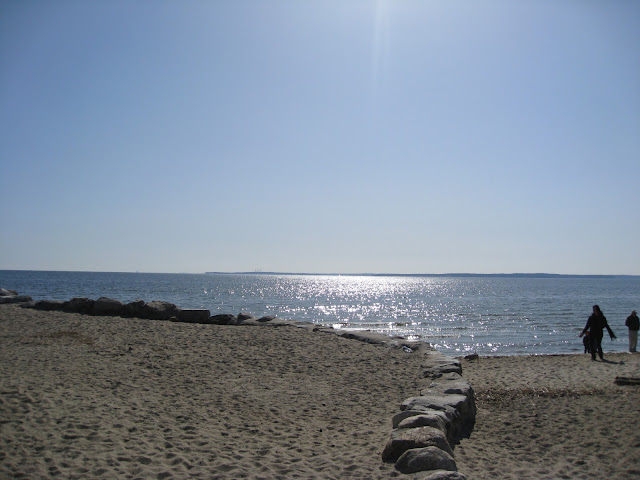 When you keep pedaling along Tods Driftway, you have a very nice view of Long Island Sound. There are also some nice buildings in the park, including the one in the picture below. I don't think the portable toilet is permanent. 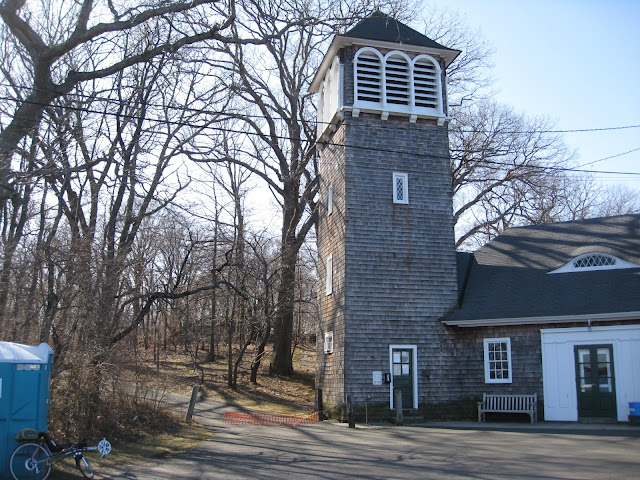 The real treat comes when you pedal a little bit further past this building along the edge of the park. Eventually, you arrive at an area which doesn't allow bikes but it does have a lot of picnic tables and a rather nice view of New York City. 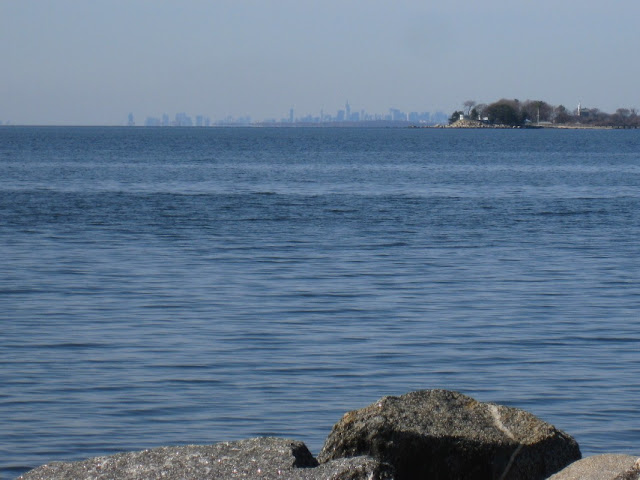 I had no food with me for a picnic and instead continued riding on Tods Driftway with the other cyclists. 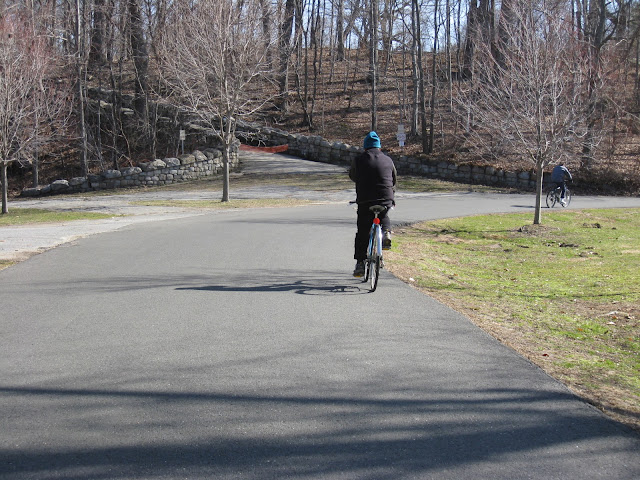 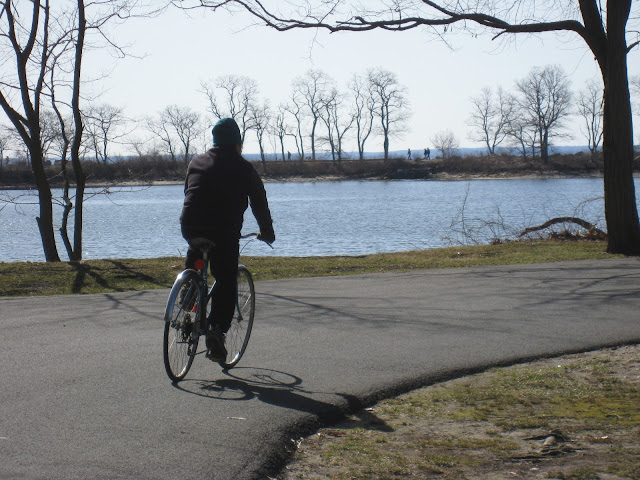 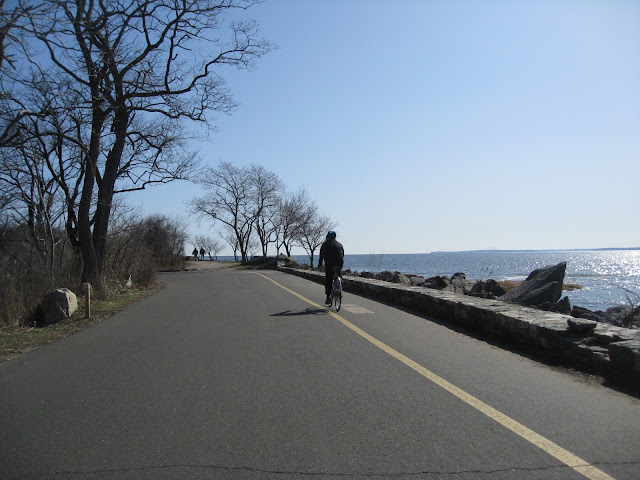 After making the loop around Tods Driftway, I left the park and headed back to the main thoroughfare. 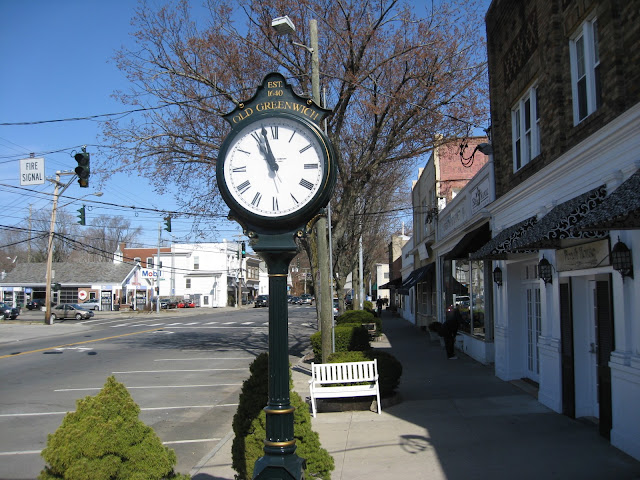 Close to 11:00am on a Sunday morning, the area was rather quiet, but just up the road was the Upper Crust Bagel Company where I stopped for a muffin. 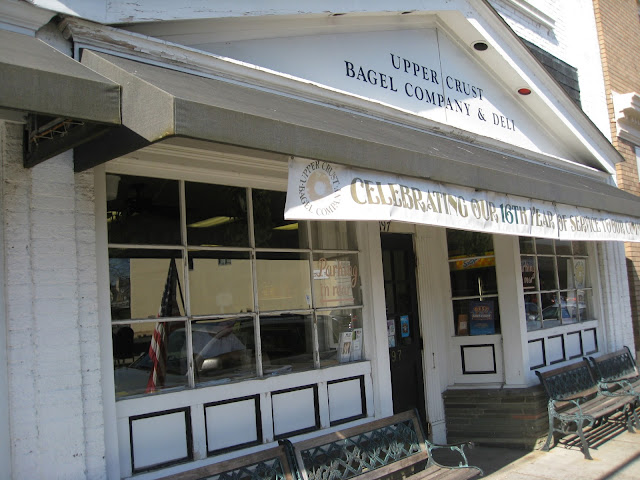 Just up the street and a few steps from the Old Greenwich station is a deli which, if I were hungrier, I would have stopped for a big breakfast. 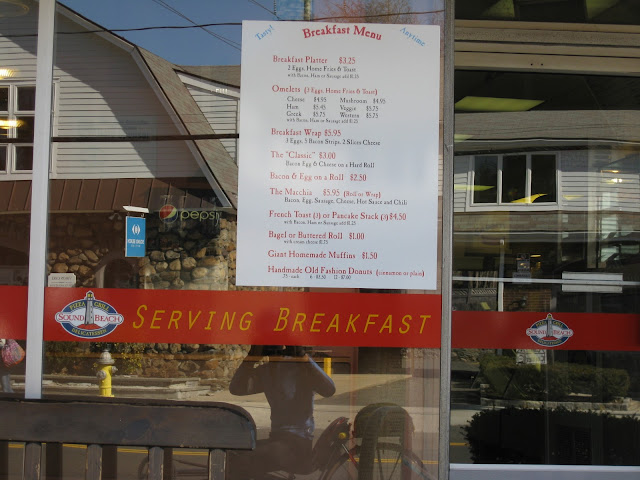 I pedaled up the slight hill to the station, but instead of taking a train back to Stamford, I rode back to Rt. 1 and turned north. Old Greenwich is a nice place to ride. Ride there.