I had a hard time realizing that my experience of building a mountain bike was coming to an end.

At the start, I just had a black frame on on PCS-9 workstand, parts at my cousin's house, cables from a bike shop in Wallingford, a rear fender from Greenwich Bicycles, a seat and seatpost from my folding bike and five or six separate packages from online sources scattered all over the shop. But once I was nearing completion, all I had was this. 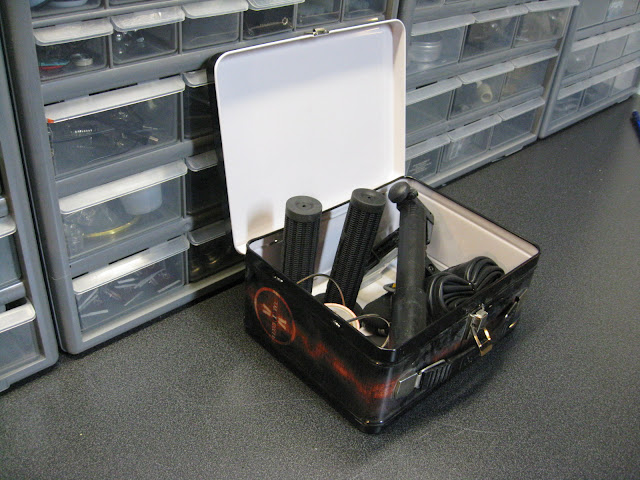 The X-Files lunchbox, which had been a $0.25 find at one of Connecticut's wonderful and unpredictable tag sales, was the trusted spot for all remaining parts for the project; save for the handlebars.

I had also bought a triangular frame bag and had already picked out mountain bike specific tools and other things that would stay with the bike at all times. 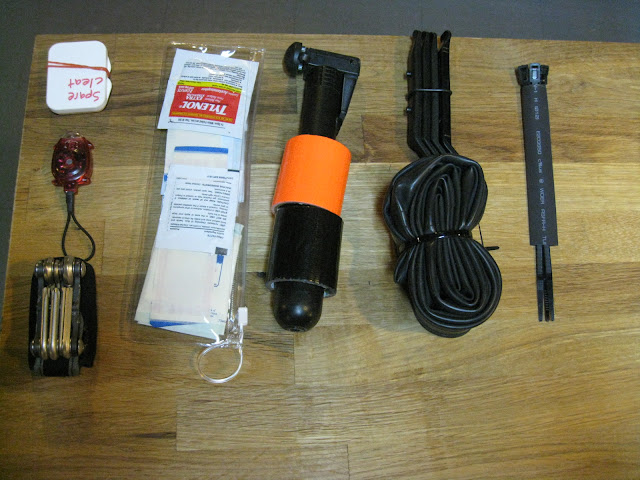 As you can see, this mountain bike will travel with a mini tool, an abbreviated first aid kit, one small black roll of duct tape, one small bright orange roll of duct tape, four tire levers, a mini red blinking light, a spare 26" tube and some reusable wire ties. Reusable wire ties come in useful if, for instance, a screw holding your rear rack comes loose on a ride. This mountain bike has no rear rack, but I'm bringing wire ties anyway. I also threw in a spare cleat for my bike shoe, as I know that if one screw comes loose a day of biking can be ruined (but if I come across any DIYbiking.com reader on a trail who needs a spare cleat, consider it yours).

The duct tape, naturally, needs no introduction. If the fender comes loose or a piece of Velcro on my shoe comes off, black duct tape will work in a pinch. Bright orange duct tape, on the other hand, can be used in a survival situation. I'm sure Bear Grylls could explain the uses of it better and more breathlessly than I could.

When my carbon fiber handlebars arrived in the mail, I was in for a bit of a shock. They were wide. Really wide. Difficult-to-pull-the-bike-through-a-door wide. I had visions of trying to keep up with my cousin but becoming wedged between trees every fifteen or twenty feet.

I'm not sure if it was the safest thing to do, but I used a pipe cutter to cut the bars shorter. I lopped off about half an inch, decided it wasn't enough, and then I lopped off some more. The handlebars looked just as strong as they did before, only they were shorter, which was the result I was aiming for. 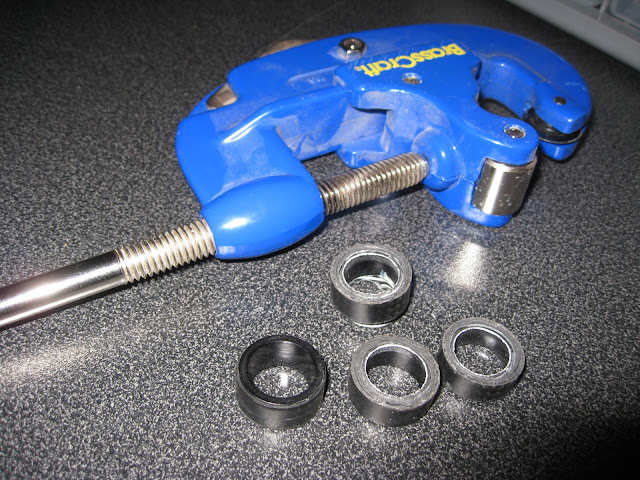 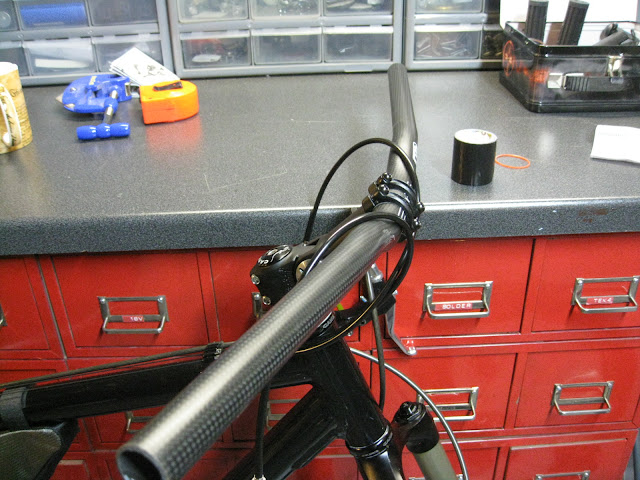 Finally, it was time for the last piece: a mount for my Garmin Edge 205. It goes on the recumbent. It goes on the Dahon. It goes in a Ziploc bag when I go kayaking. I even have an extra mount with two reusable cable ties to use with rental and rescue bikes. You can bet it will be found on the Untitled Mountain Bike Project. 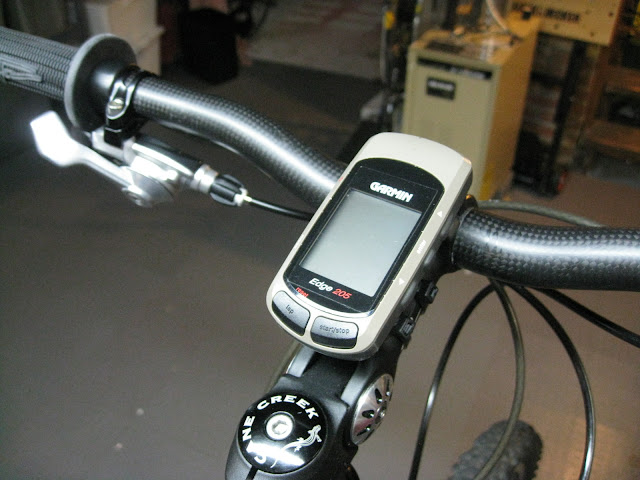 And it was done so fast I hardly realized it. Several glorious weeks of building a bike from the ground up was the most satisfying time spent in the shop, and I do recommend this for everyone.

I got on and pedalled from the clothes washer all the way to my welding room. The front derailleur wouldn't shift, so it was time to put a now finished mountain bike on the workstand and make some adjustments.