(I had been planning to make a new cargo bike after I left the one I made behind in Connecticut before I moved to Silicon Valley. I spent a while gathering old frames to use and settled on a Gary Fisher kid's bike - bought at Good Karma Bikes in San Jose - for the rear half. I posted this after I had been in the shop a couple hours last Sunday) 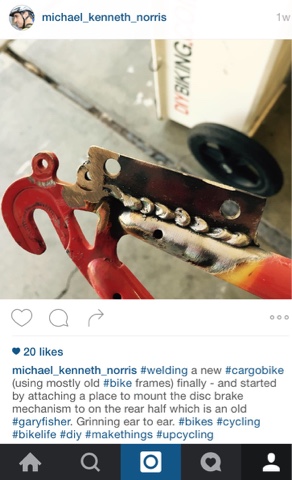 (The pic below I posted Thursday night when it became clear I wasn't going to the North American Handmade Bicycle Show in Sacramento the following day - it would have taken over four hours each way to get there and back via folding bike and train. But I found a tossed out Sears folding bike I almost forgot I had and the fork of my first single speed and began making 3-D sketches) 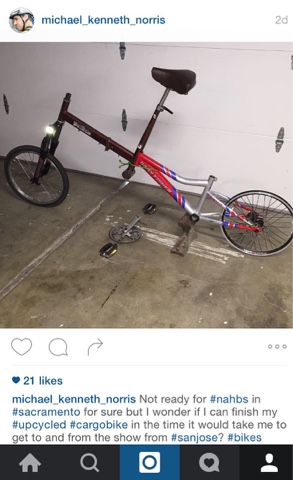 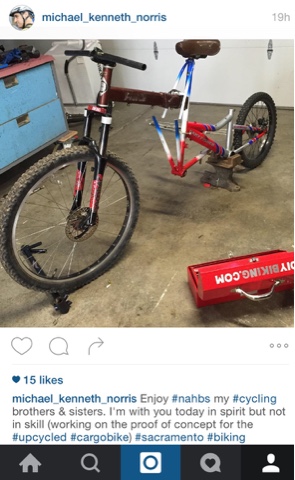 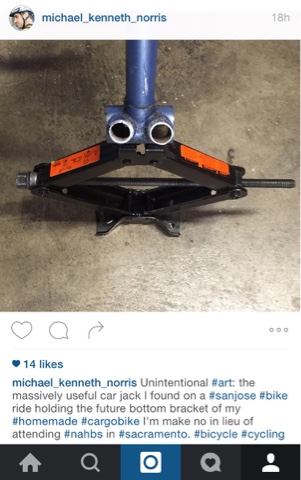 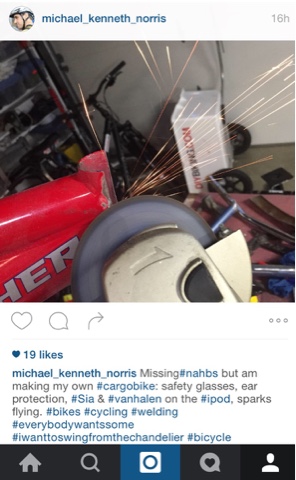 (I finally got the basic frame together: the folding bike frame and Gary Fisher frame are conjoined with the middle part of an old road bike mounted backwards. I hope everyone attending the NAHBS has fun - I am with you in spirit. Thanks for reading and thanks for riding) 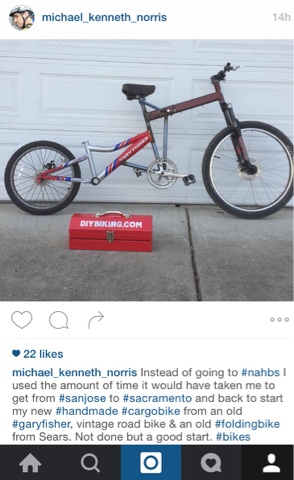