Another Place to Park My Park Tools

Note: If you liked the Specialized coat rack I welded a few months ago and live in the Bay Area (read: it is local pick up only) you can buy it on eBay. Proceeds from the sale of the rack will be used to help Kanye West put down his debt..just kidding: I'm going to use the money to make other things.

A few months ago, during the #WhyAFixie Challenge, I found a folding bookshelf unit at a nearby Goodwill store and brought it home on my bike trailer. I ended up using it to make yet another storage rack for bike tools.

To give you a bit of history: In Stamford I made a one-sheet workbench built with a piece of plywood bought at Rings End Lumber in Darien - and I used my homemade cargo bike to bring it the six miles to my then-home. The cargo bike was given away days before I moved out of Connecticut and the one-sheet workbench was dismantled since I needed the lumber for something else. 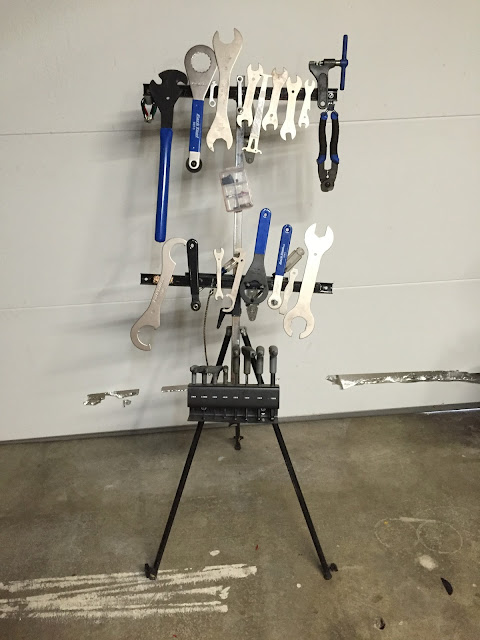 When I first got to San Jose I began using the collapsible tool rack I made from a steel easel bought at a Rowayton Arts Center sale. It worked well but I decided I wanted something I could more easily move from one part of the workshop to another, so I took the tools off and decided to only use the easel rack when I’m offsite. 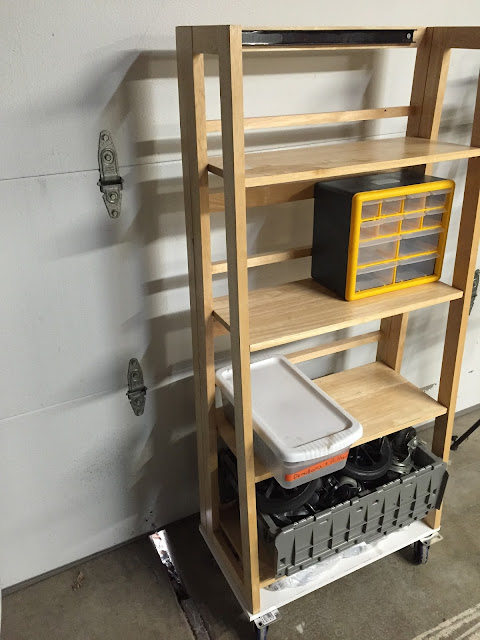 The bookcase ended up working perfectly - and if you can get your hands on one it is a simple little build: The first thing I did was attach a piece of plywood to the bottom so I’d have a place to put on the 3” casters which were taken from the one sheet workbench. I then removed one shelf so I’d have room to put on the magnetic tool holders. It’s fairly stable by itself but I intentionally put as many heavy items in the lower shelves as I could. 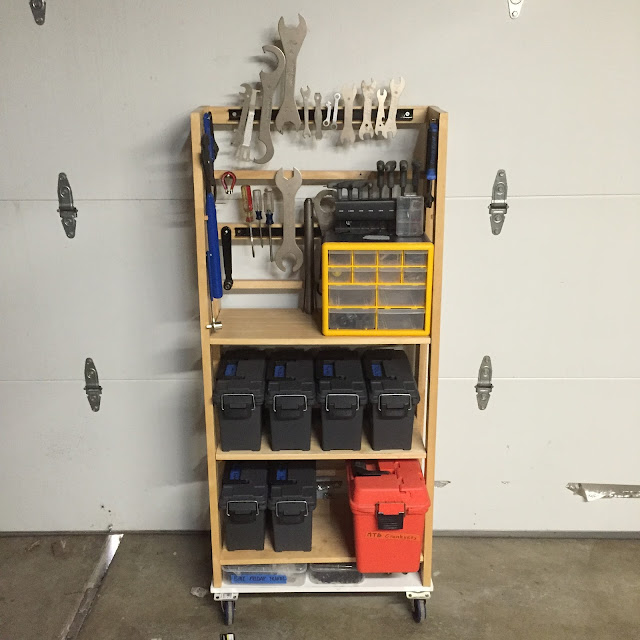 This is nearly an ad for Harbor Freight Tools, which is where I originally bought the casters, the magnetic tool holders, and the plastic ammo boxes I use to store bike tubes. It's working well.

It’s also an ad for Park Tool…and speaking of which Good Karma Bikes is starting their next Park Tool School session on March 1, so if you want to learn how to wrench with the best tools by some great people sign up to take the course or send someone you love in the Bay Area to do it. Thanks for reading and thanks for riding. 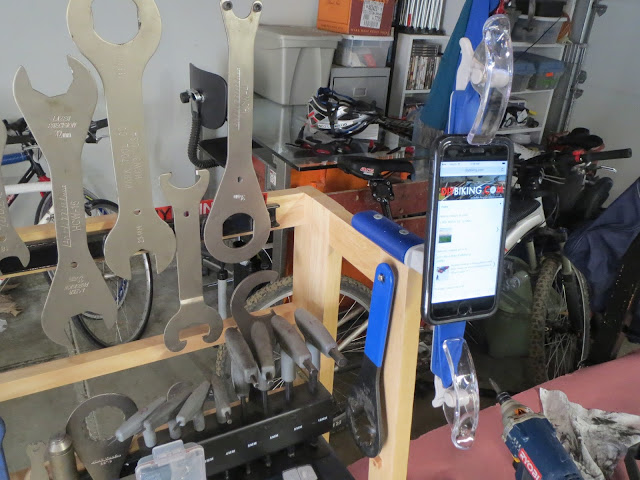