A couple of years ago I built a single speed bike under the headline Unleash the Hipster Within. But thanks to a cheap fixed gear wheelset I bought online (and an old steel frame I bought at the always-fantastic Good Karma Bikes in San Jose) I headed to the valley between the twin peaks of hipster culture and bike subculture.

Yes, I built a fixed gear bike - also known as a fixie. 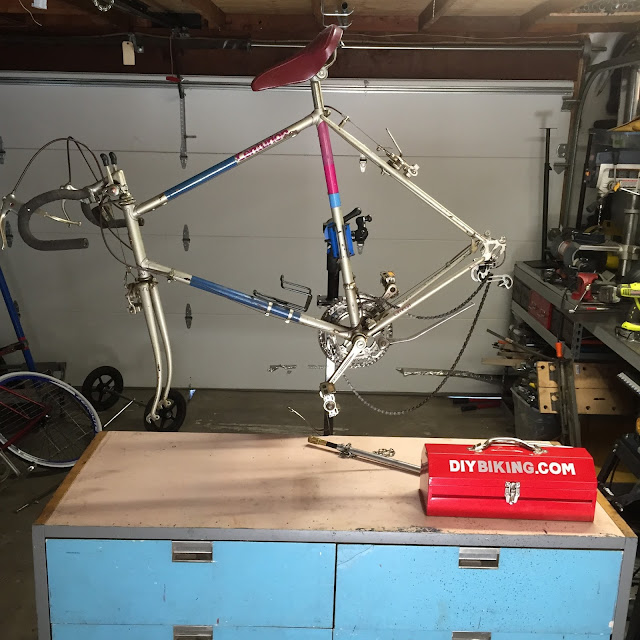 For those of you who haven't spent time in the really cool cities like New York or San Francisco: a fixed gear bike, as the name implies, is a bike with one gear that is fixed to the wheel, which means the pedals are always turning and the rider's legs are always moving (no clickclickclickclick sound/no coasting).  If you're well-practiced, you can pedal backwards, slow down and stop just by using your legs. If you aren't well practiced you can fall harder than the coyote in a roadrunner cartoon.

But I'm getting ahead of myself.

Fixies have been staples of hipster culture for so long I wondered if one could objectively look at the fixie trend and see if the Tinder-using, flannel-wearing, irony-wielding, gluten-free, locally-sourced hipsters are actually onto something with fixed gear bikes…or if they aren’t.

The only way to figure that out was to build a fixed gear bike myself (even though I have no experience riding one) and ride it for a couple of weeks (hence the 1,000 Words for Sunday pic).

Now a common reasoning for building a fixie is the simplicity of the machine. So far, so good. In less time it took to get through ‘Batman Begins’ - which was playing on the DVD player in the shop for background - I had my own fixie. 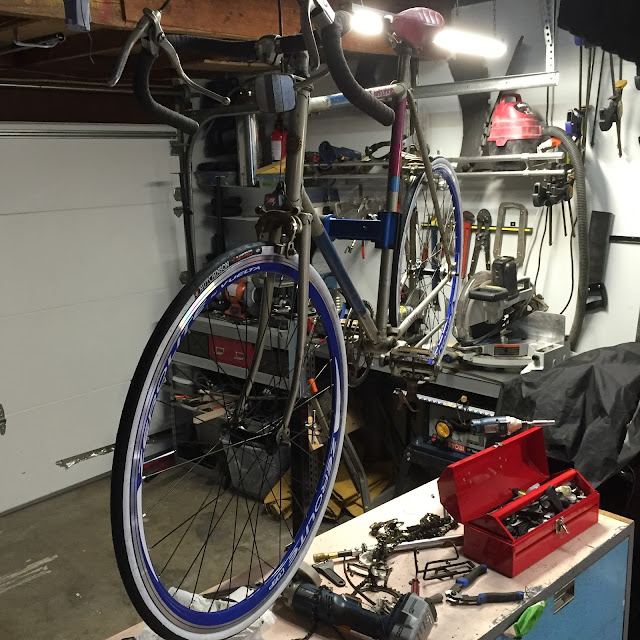 The Centurion frame I bought - other it being big enough for Stephen Merchant to need a spotter before mounting it - is a decent frame that had the proper dropouts that allow for a fixed gear wheel. I stripped off the derailleurs, shifters and the inner chainring before putting the back wheel on. The front fork, however, was made for a narrower axle so I had to carefully grind the opening in the fork a little larger. 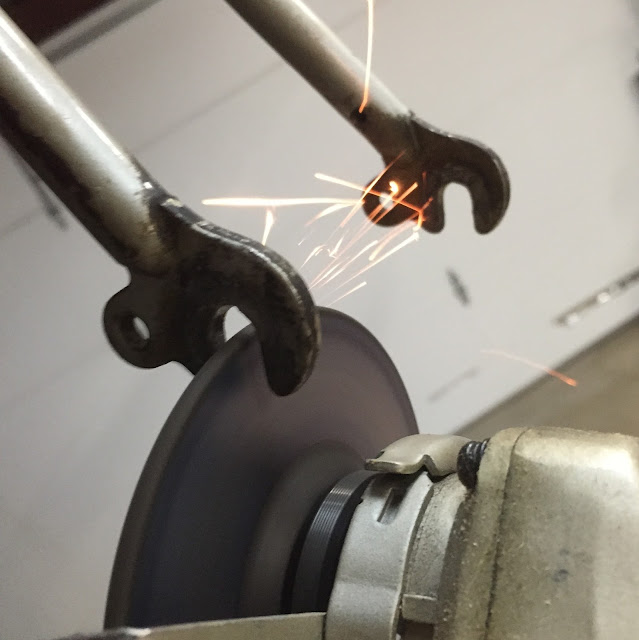 I know that a big part of the fixie lore has to do with not having any brakes (like Joseph Gordon-Levitt’s bike in Premium Rush) and just using your legs - or the closest tree or parked taxicab - to stop the bike. But I left both brakes on, which is the fixie culture equivalent of wearing a winter coat over a Halloween costume. 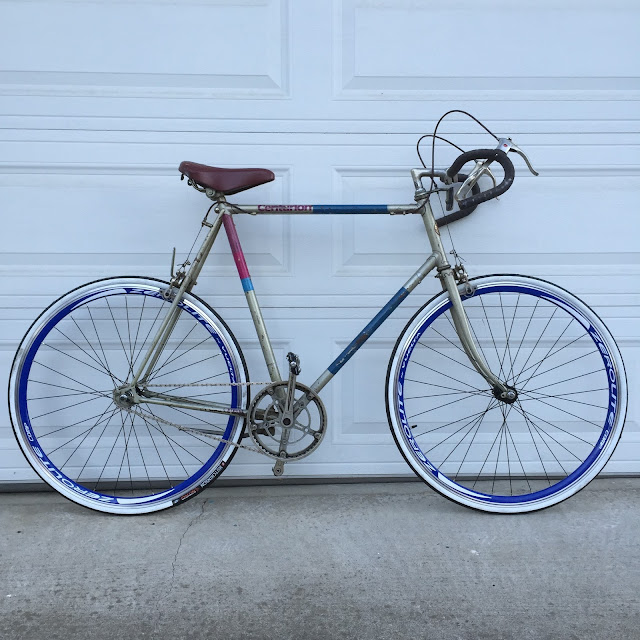 I was lucky to find a set of clipless mountain bike pedals I bought a year earlier a Connecticut tag sale in my workshop to use with my new fixie. I mounted it with apprehension…and will detail how the first ride went - and if I'm any closer to understanding the fascination with fixies - in another post.  In the meantime, fixie owners of the world: tweet your reasons for riding a fixie to the hashtag #WhyAFixie and I’ll cover some of the findings in Part II. Thanks for reading and thanks for riding. 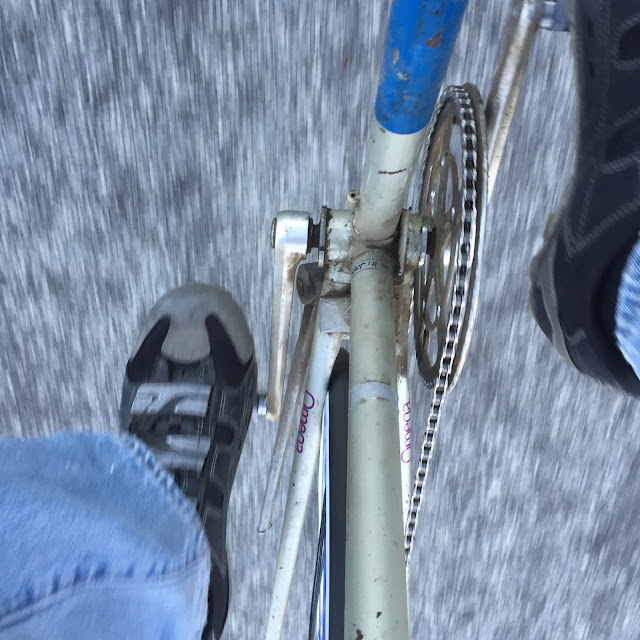