Keep Your Flying Cars: The Last Word on Back to the Future 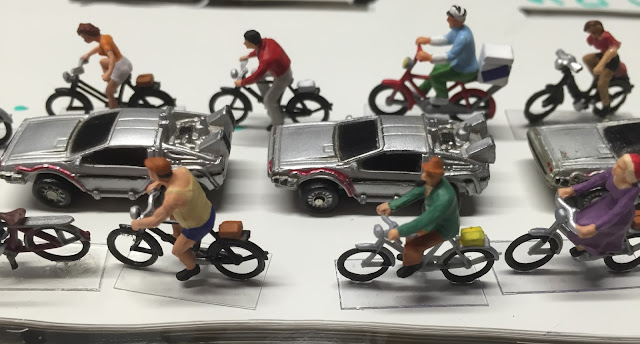 Please excuse the crudity of this model. I did not have time to build it to scale and to paint it.

Note: Good Karma Bikes still needs volunteers to help them move so like them on Facebook to get the latest updates. And the Silicon Valley Bicycle Coalition needs bike valet volunteers for tomorrow night's 49ers vs. Seahawks game, so click here if you're interested.

I remember how excited I was when I first saw Back to the Future. I was ten and at a cheap movie theater in Vernon, Connecticut. The car lifting off at the end made my jaw drop. I even tore the wheels off a HO-scale car (to match my HO-scale model train set I had through my teens - some cars survive to this day) and glued them on the sides. If you’ve ever wondered what the unpopular kid who got picked last at school sport events did in his off P.E. hours, you have your answer. 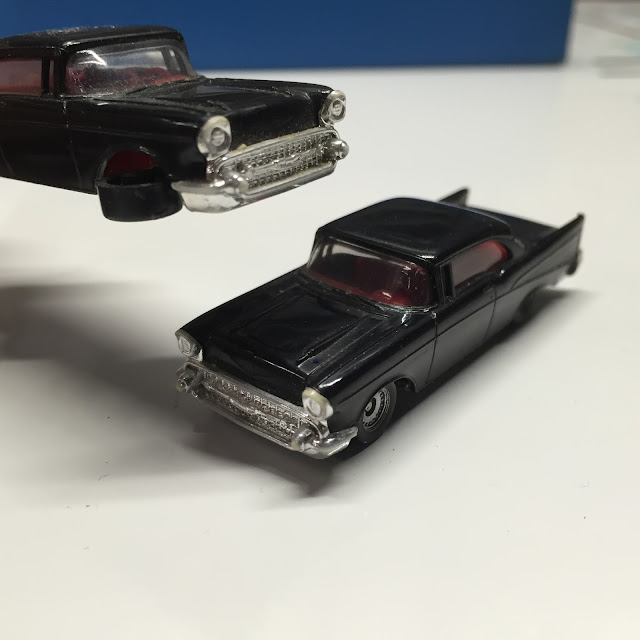 So I love the films, and they influenced me as a maker. And as defined by some extremely talented filmmakers more than a quarter of a century ago I am in the future: October 21, 2015. I came here in a sport utility vehicle that Honda invented.

I’m also living in Silicon Valley, which meant I was able to take part in the San Jose Bike Party 80s-themed bike train this morning. I brought my 1981 Turner recumbent and wore a Back to the Future T-shirt my sister gave me about twenty years ago that still fits. It was a fun event and it was nice to see the author of Cyclelicious and Janet LaFleur again - as well as check out the fantastic Guadalupe River Trail. 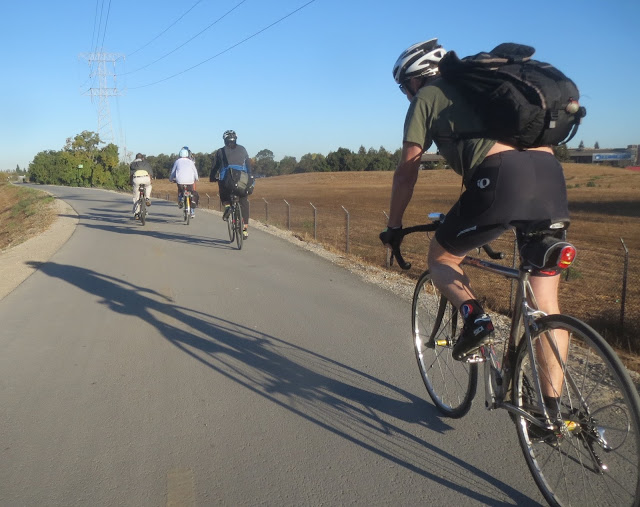 On the way back (it was still morning rush) I occasionally glanced at the glacier of cars trickling onto the highway and thought that if Doc arrived in this future he wouldn’t be able to find a parking space. And to get back home, he’d have to wait until after rush hour to have enough road to get up to 88.

I also think the real reason he went back for Marty and Jennifer is so he could use the HOV lane but that’s neither here nor there. 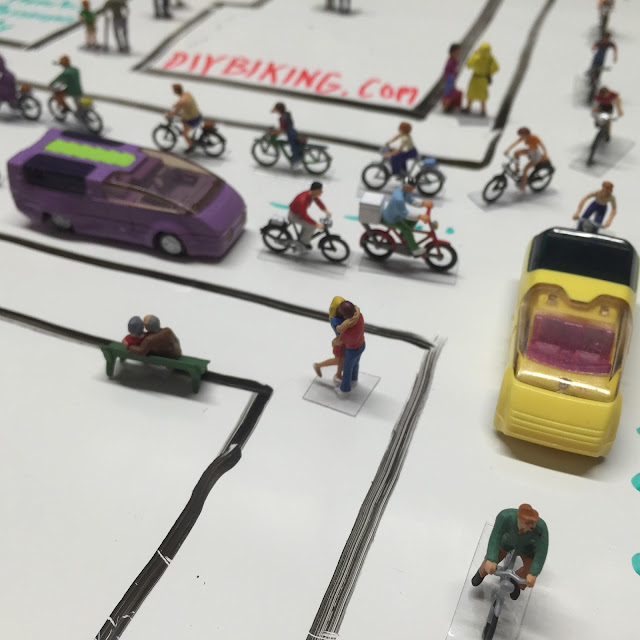 I suppose the formula some people use when imagining what the future will look like is to take all of the current, hot technologies that we have now and multiply them. That not only explains the embarrassing number of fax machines in use in Back to the Future Part II but also the bumper-to-bumper ‘future’ we’re living in now. The 1939 World’s Fair had a ‘Futurama’ exhibit sponsored by General Motors. The vision was a land where cars were used everywhere for everything and highways were big and beautiful. Houses had two cars in the driveway. And people just ate it up. 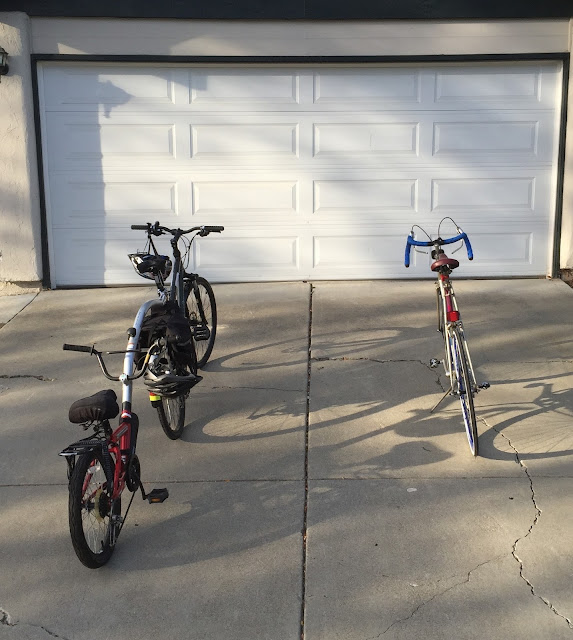 Today there are emotional and practical reasons to reclaim ‘Futurama’ from General Motors. Not only because gas prices will not stay cheap forever, but because the future I’m envisioning is already underway. We have an old generation of adults who are getting older and will thus be unable to drive themselves and we have the millennials who, on their own, are deciding in droves that they don’t want to own a car and would rather use Uber, Lyft, Sidecar, SpeedMoov*, or Zipcar when they need to go somewhere. 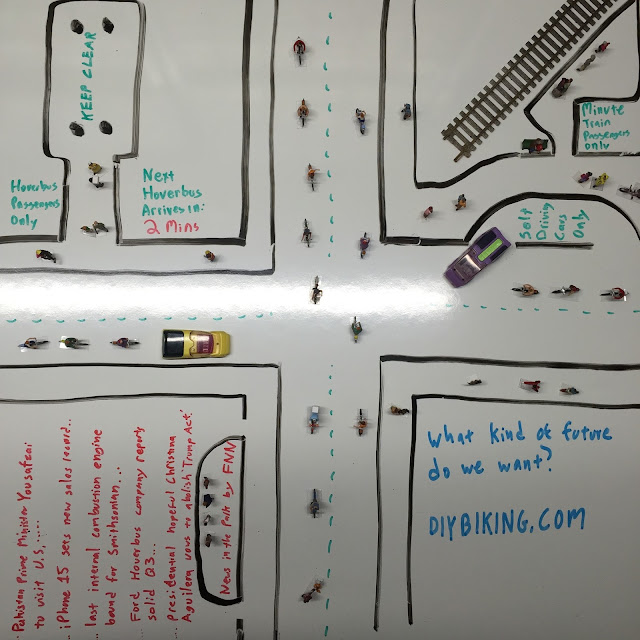 This is why what’s going on in Connecticut - where I used to live till a few months ago - baffles me: they want to widen I-95 border to border. Not only does this mean Connecticut didn’t learn from the $1 billion dollar mistake California made by expanding the 405, but the Nutmeg State's population is getting older (and will eventually be unable to drive) and the young people who aren’t driving much to begin with are leaving the state. Who’s this lane for?

Maybe I don’t know the complexity of how highways get built but I’ve driven enough of them to know there’s no point in building more. 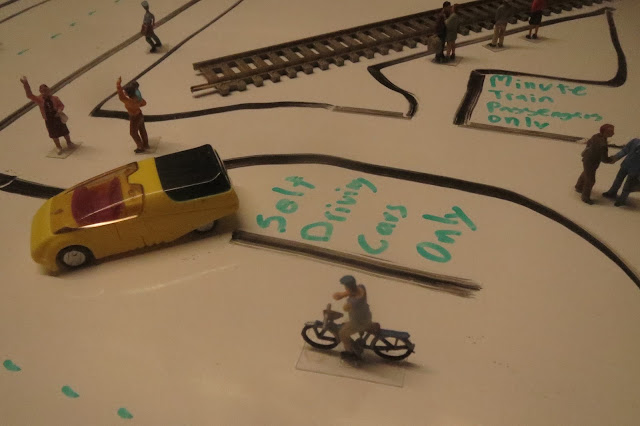 Millennials seem to be reaching the same conclusion - much to the dismay of automakers and others. Standard & Poor’s just released a report called “Millennials Are Creating Unsafe Conditions On U.S. Roads.”  The title is apparently based on the weird premise that because millennials don’t drive as much as their elders did and use more efficient cars they don’t contribute as much to pay for infrastructure. All I have to ask is: what infrastructure is this report referring to? The dilapidated subdivision 20 miles from town and 10 from the nearest train station? The crumbling expressway that gutted a neighborhood in The Bronx? The bike-unfriendly road that leads to a collection of gaudy McMansions? 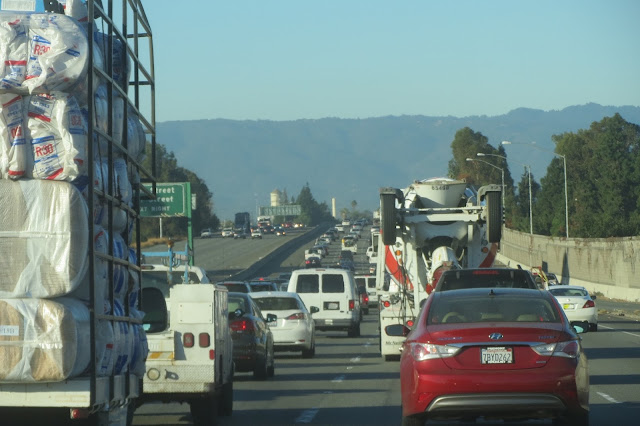 This is not to say the suburbs are completely dead: The four horsemen of the suburban anti-apocalypse are bike infrastructure, public transit, self-driving cars and self-sustaining homes that are completely off the grid. That’s my vision for the future. Oh, and also: we won’t closets. We’ll have our clothes 3D printed for us each morning and we’ll be able to recycle them at night.

Bike share will be worldwide. And if you want to wear a helmet one can be 3D printed for you at the kiosk. We’ll walk more. We’ll be thinner, healthier and happier.

And, above all else, we’ll actually be as excited about the future as I was when I was ten. I spent a lot of time, particularly in my twenties, beginning any discussion about future predictions with the phrase “If we’re not extinct by then.” No more. I see people bike by me every day. As a volunteer for Good Karma Bikes, I see people shop for bikes and fix bikes at least two days a week. There's reason to be excited.

Doc Brown said the future hasn’t been written yet so we should make it a good one. Let’s do that. All of us. Thanks for reading and thanks for riding. 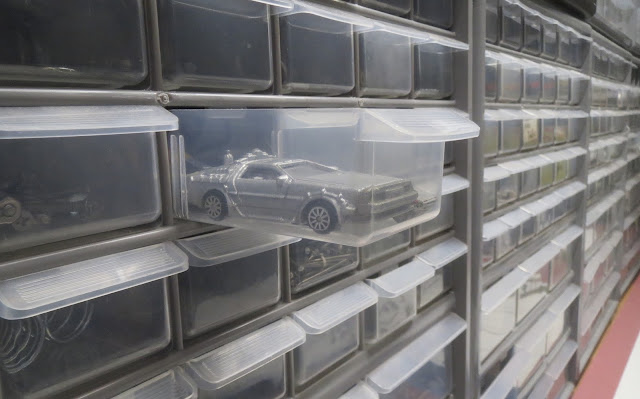