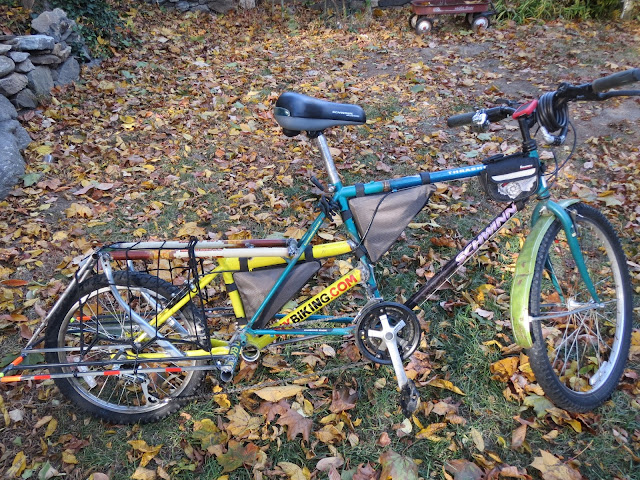 ‘Cargo Bike’ and ‘Festival’ are three words I never expected to see that close together until a woman handed me a flier for it at Viva CalleSJ a couple of weeks ago. I also didn’t know there was an organization called The Bay Area Cargo Bike Collective but apparently there is.

The Cargo Bike Festival is this Sunday (the 25th) from 10:00am to 2:00pm. It made me regret I had left my homemade cargo bike - affectionately known as the Bikeducken - behind in Stamford when I moved out of Connecticut (but the head of the maker space Rippowam Labs has given it a good home). 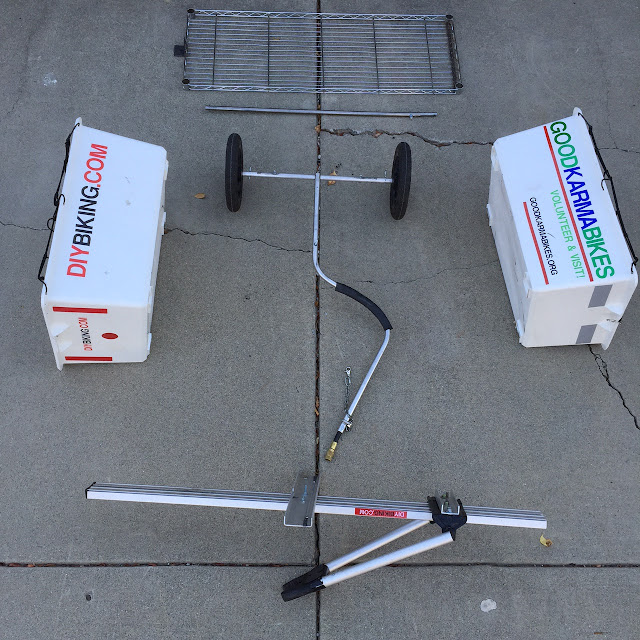 But carrying stuff with a bike is important. One of the first things I did when unpacking is gather the parts for the bike trailer I made a couple years ago with a Bike Friday trailer frame (as a refresher: Bike Friday makes a brilliant trailer frame intended to tow the suitcase you packed your Bike Friday in when you go to or leave the airport.

I still haven’t used it for that purpose, but the platform is incredibly useful. In less than two minutes I can convert it from any one mode to the other, such as the bike carrying configuration if I want to move a bike somewhere (made from an old Thule roof rack and at the bottom of the photo above). 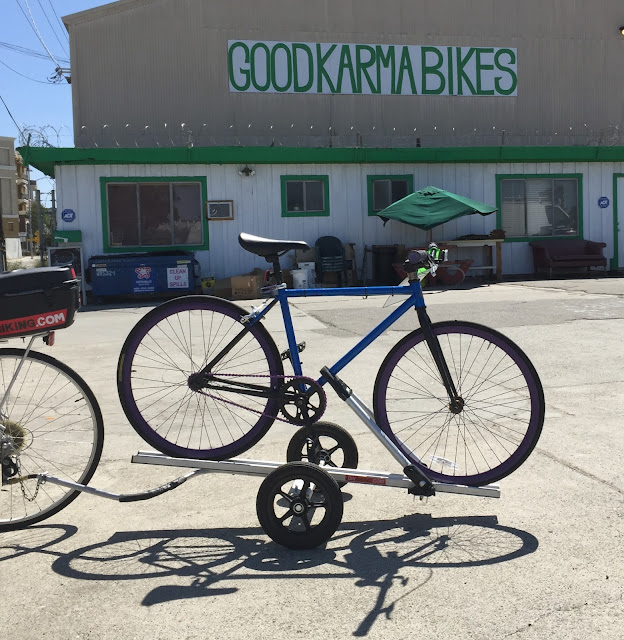 The cargo box configuration - the one I use the most - was made with a plastic tub from IKEA but just about any tub would probably work if you wanted to build your own trailer. I have two; both with reflective tape on the back to stay safe while riding at night. One trailer has ‘DIYBIKING.COM’ printed on it and the other looks like this: 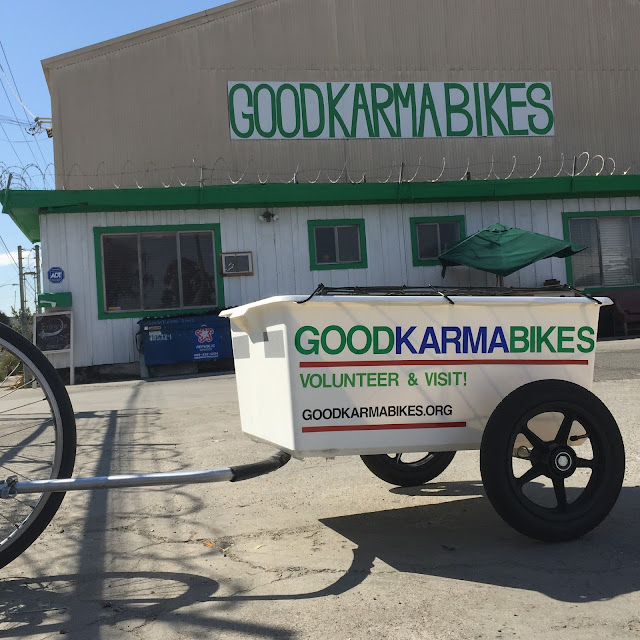 It’s important that you go to the Cargo Bike Festival because it’ll help you learn about cool ways to carry things that haven’t occurred to you yet. And the more things you can carry, the more likely you’ll be to #choosethebike instead of the car when you need to run an errand. For instance, a recent addition to my Bike Friday trailer configuration is a long cargo bed built, as you can see, from a metal shelf unit. I was able to extend the wheelbase with the use of a steel rod. 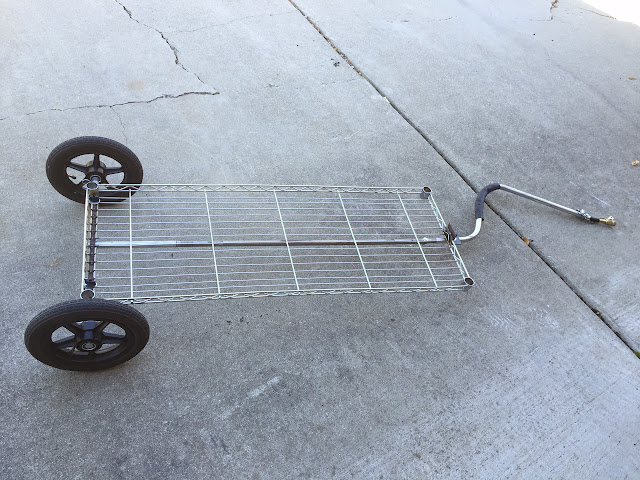 I’m sure there are going to be more (and better) ideas compared to what I’ve figured out at the Cargo Bike Festival. Hope to see you there and, if you're in the Bay Area, remember to like Good Karma Bikes on Facebook & volunteer to help them move to their new place. Thanks for reading and thanks for riding. 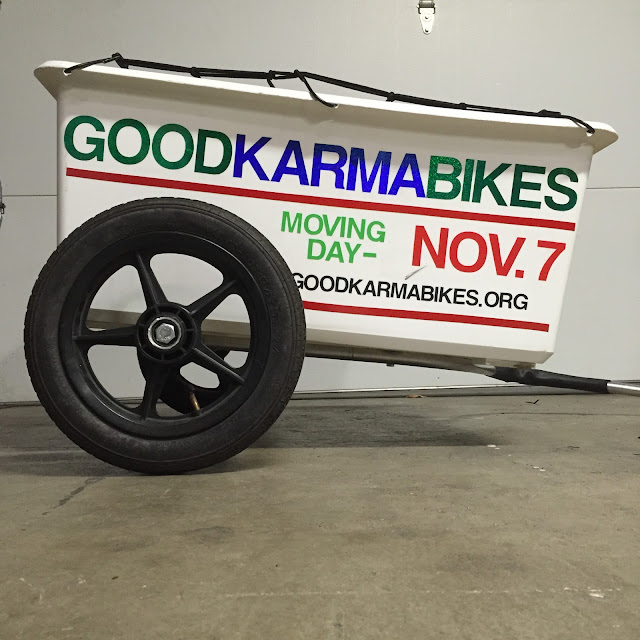