Can the Mythbusters Help Explain Fixies? 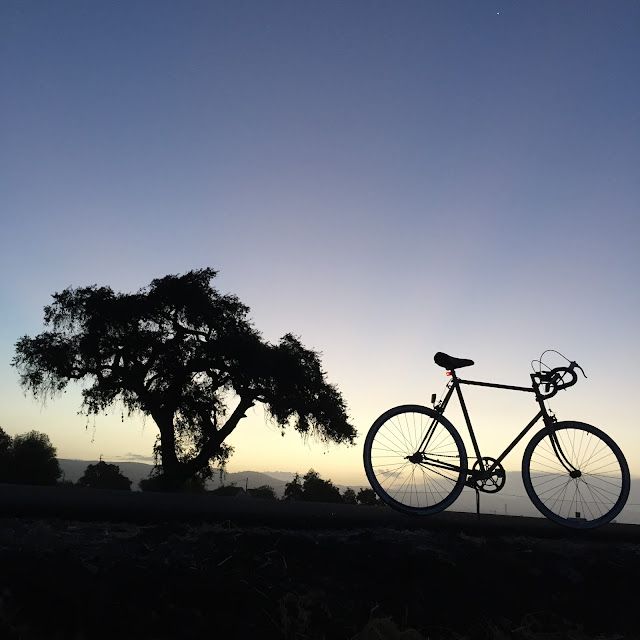 I’ve ridden one I’ve made myself for about a month and am still not feeling the indescribable something that appears to come with what I still think is the acid washed jeans of the cycling world.

I’ve also struck out completely with my #WhyAFixie hashtag. I should have known better. Until recently (as in, a few minutes ago over breakfast) I wasn’t following known fixed gear lovers on Twitter and thus have never been part of any back-and-forth discussion about them. So asking my followers #WhyAFixie is like tweeting to the Amish asking why they use telephones.* 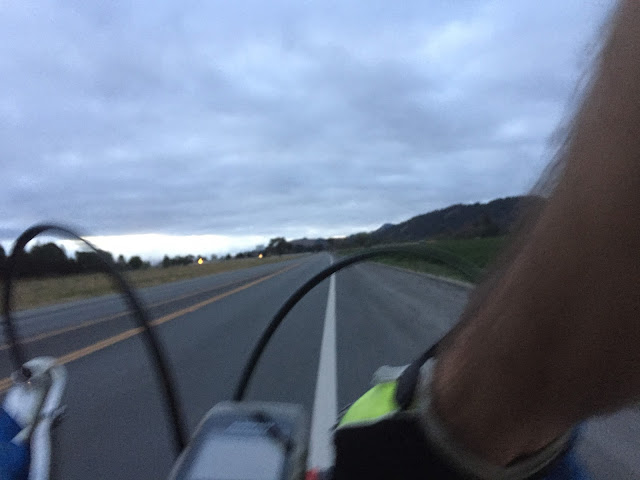 Now I did not completely rely on Twitter for research. While at Good Karma Bikes (which still needs volunteers for the move, by the way) I engaged with a fixie user/Area Cyclist. He told me he hates the sound a freewheel makes when coasting and likes “being all stealthy” and wants people - I believe this is how he put it - to only know he’s coming by the smell of his cologne.

That was the best reason to ride a fixie I could find.

In fact, the quiet of the drivetrain was the first thing I noticed and it is indeed a check in an otherwise lonely list of Fixie Pros. 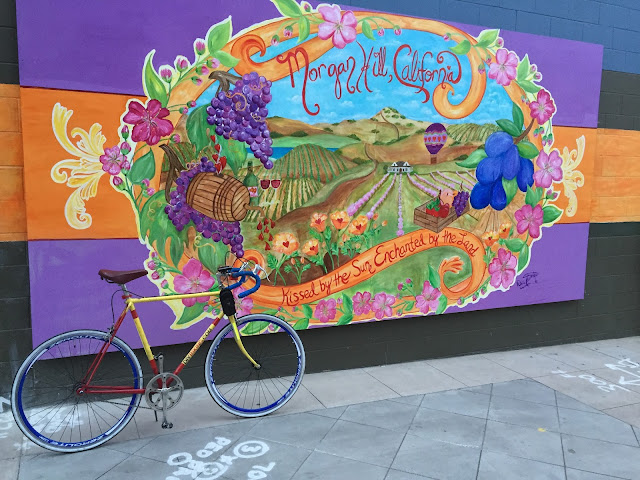 Another fixed gear bike user told me that he enjoys riding a fixie because he wants to feel like he is “one with the bike.” I have no idea what he's talking about. Using only my legs to stop the bike at speed I’ve felt more like I’m “one with the pavement” or, worse still, “one with the emergency room.” But maybe I’m just not using it enough and haven't acquired enough skills. Or my clothes just aren’t vintage enough.

There have been moments of enjoyment with the fixie - and most of the time it comes from long stretches of roads with little traffic and sparse intersections to deal with. Provided I wouldn’t do something stupid like hammer the pedals as hard as I could until I became tired (being tired on a fixie moving close to 30 miles an hour isn’t ideal), I felt good about what I was riding. 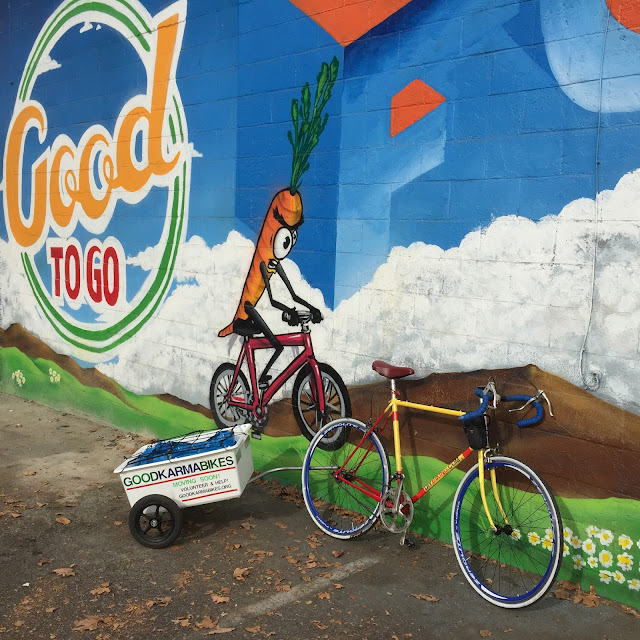 There was also a moment biking back from Good Karma Bikes on Monterrey Boulevard when I was waiting at a red light. Another cyclist on a fixed gear stopped beside me and we exchanged smiles as only cyclists do. Then an unshaven pedestrian with tattered pants and clutching a bible excitedly pointed at our bikes and said “Fixies! I used to have one. A Cannonade but it got took from me. I don’t buy no more.”

So there’s a brotherhood/sisterhood of fixies. Like the mutants in X-Men. 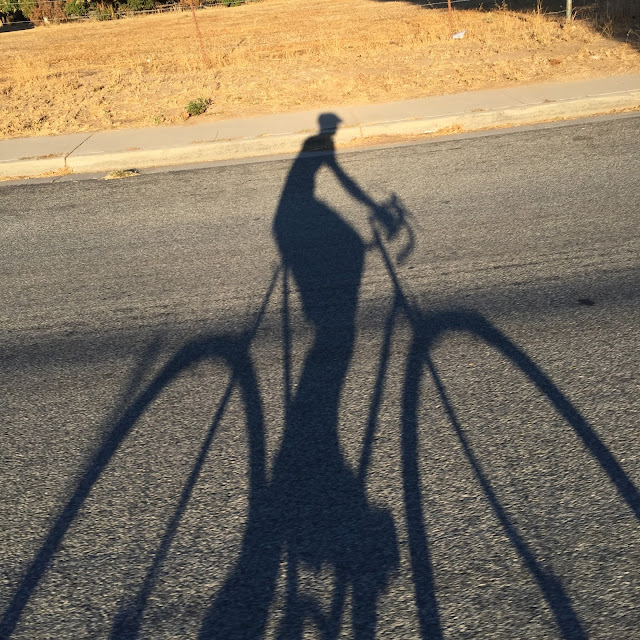 But still, I wasn’t a fixie convert. It wasn’t until I bought a freewheel to put on the other side of the hub (and turned the wheel around so I could use it) that I felt closer to knowing why I wasn’t bonding with my fixie.

I remembered reading somewhere that a fixed gear bike was somehow more efficient than a normal bike, but after riding 60+ miles in one week with the fixie and then about the same distance the following with the freewheel I began to wonder if that was just complete nonsense. Since fixed gear bikes can’t coast, the rider has no opportunity to rest and, even if the rider actually could rest, the wheel has a lot more work to do moving the chain and the crank set.

I’m also suspicious - no, absolutely certain - that the loss of weight on a fixed gear bike by removing the derailleurs, shift levers and cables isn’t worth it. We’re talking about a few ounces at the most. Each time I started my fixie from a dead stop I felt more like I was leg pressing the earth than putting myself into motion. I began to yearn for my big cassette on my city bike. Yes, a fixie will be lighter to carry up the stairs of your walkup in Brooklyn but that doesn’t matter if you’re too exhausted to stand. 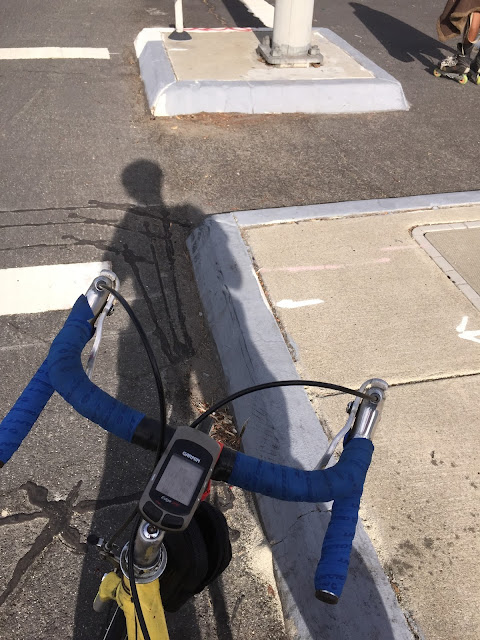 So yes, I’m just as mystified with the fixie culture now as I was a month ago, and with all the bike porn/pro-fixie images on social media I know I can’t turn there to answer my questions (The images all seem to say fixies are beautiful. Yes. So is a great white shark but I’m not going to ride one to Whole Foods for hummus and pita). 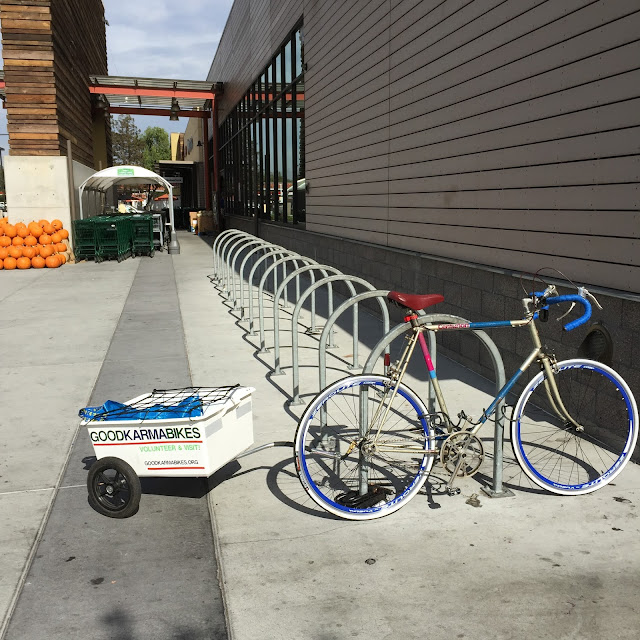 We’re going to have to settle the fixie question the old fashioned way: by leaving it to the Mythbusters.

Yes, the week we were all celebrating the beloved Back to the Future series was the time we found out the Mythbusters are going off the air next season (life really can give with one hand and take with the other). 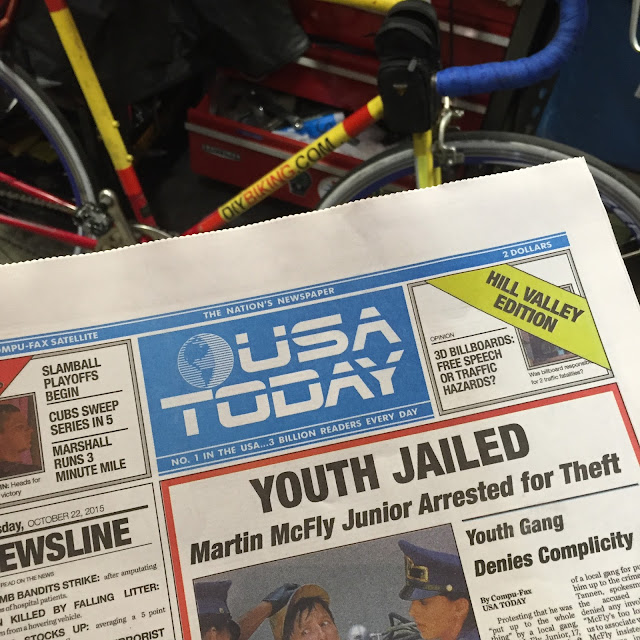 To the fixie's credit: it did get me to Rite Aid fast enough to buy the last collectible copy of USA Today on     October 22, 2015.

So let’s ask them to do bicycle myths. First up: are fixed gear bikes more efficient than freewheel bikes? Think of the cool machines they can make to test this out (and the perfect excuse to rerun the footage of Tory trying to jump the Pee-Wee Herman-ish bike over the wagon again). 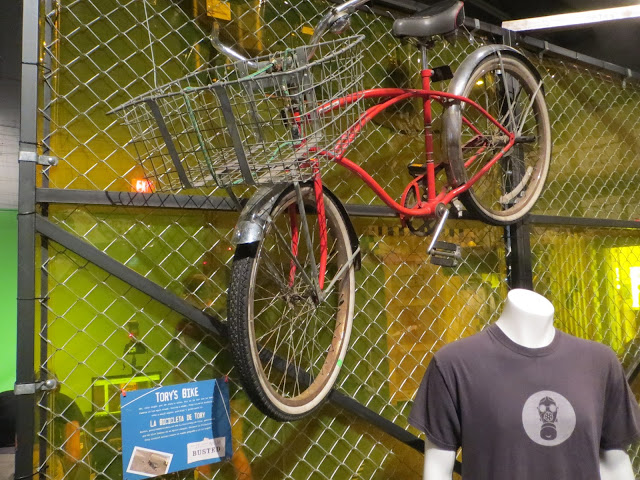 Second: Are 29 inch wheels really better off road than 26 inch wheels? Honestly, there could be something to that one. I actually rented a 29r this past summer to ride at Bluff Point State Park in an all-too-brief visit in my former home state and was quite surprised at how well it worked. 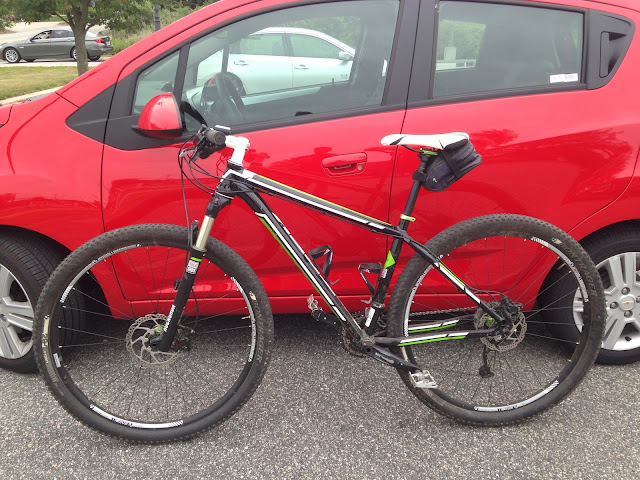 Third: Are bicycle commuters really happier than car users? We all know the answer to that one but I would like some more data to wave at motorists who keep the gas tax low/believe the American Dream is about staring at the butt end of a Kia while crawling to work each day. 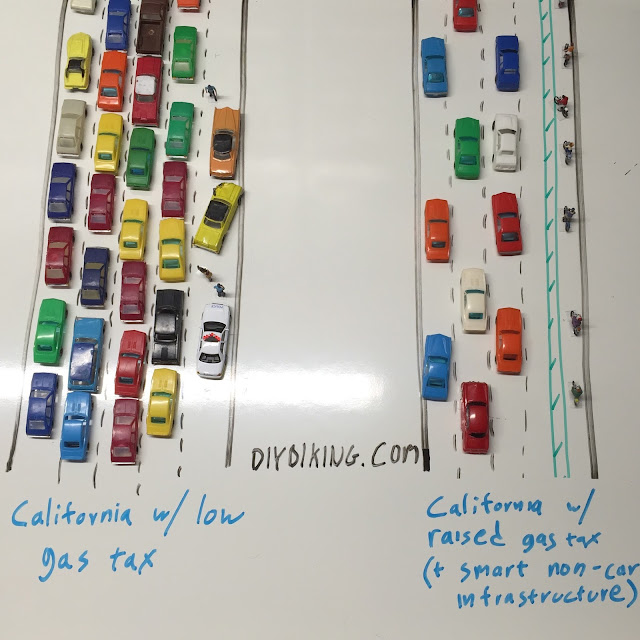 So there you have it, Jamie (Twitter: @JamieNoTweet) & Adam (Twitter: @donttrythis). Please consider a bicycle myths episode and since I now live in the Bay Area you can feel free to call on me to help you. Seriously: feel that freedom and just have fun thinking about how you’ll test these things. Think about Buster perched on a Brooks saddle with a handlebar mustache glued to his face and a vintage messenger bag with a ‘VEGAN AND PROUD’ button on it.

And go from there.

If you don’t do a bicycle myths episode, I’ll get over my disappointment because, for 13 seasons, you’ve been the best show on television. You were the theme of my niece’s 8th birthday party. You were awesome when we saw you live in New York City. You have my respect regardless of whether you help me get to the bottom of this whole fixie thing. And also: if you're free over the next couple of weeks please join me and volunteer to help Good Karma Bikes with their move. Thanks for reading and thanks for riding.

*That was a much better sounding metaphor when it was in my head.