Box Bike: I Liked It So Much...I Bought The Company 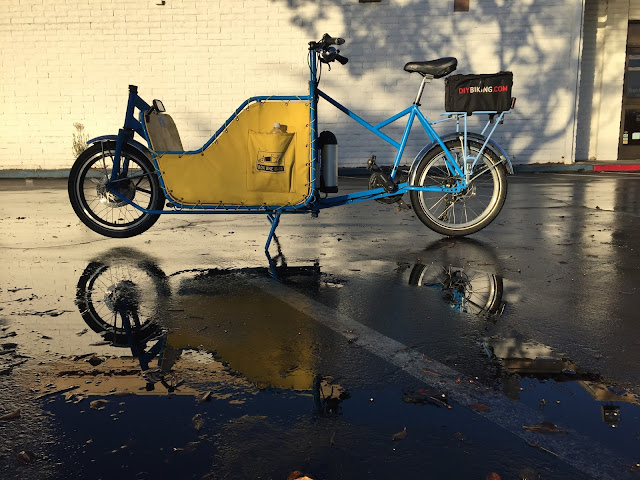 I hope everyone in San Jose is still looking for ways to help flood victims - and other less fortunate brothers and sisters. There are at least a few more Keep Coyote Creek Beautiful cleanup events this week so keep an eye out for them.

Also: if you see a Vietnamese refugee-turned-billionaire wearing awesome pants walking around the Bay Area, please thank him.

Now to address the Fat Bike in the room: the reason I haven’t posted on DIYBIKING.COM since mid-December has been because I unexpectedly found myself in one of those “I-liked-it-so-much-I-bought-the-company” situations.

That’s right: I bought Box Bike, a small cargo bike company that was based in Santa Cruz. Not because I have a ton of business acumen but because I love bicycling, am fond of volunteering, and thoroughly enjoy burritos. 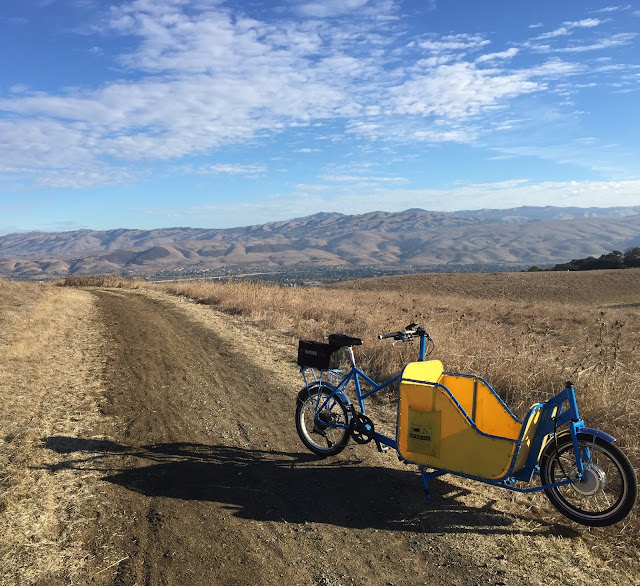 More than a year ago, I met Alex Yasbek at the San Jose Cargo Bike Festival and got to know his signature product, the Box Bike. I borrowed it for a week and wrote a review in which I assured California motorists they could use a Box Bike instead of a car for a myriad of different tasks, including (but not limited to) carrying children, transporting an extra-large pizza, racing to wait at a red traffic light, and using the drive-thru at an In-N-Out Burger. 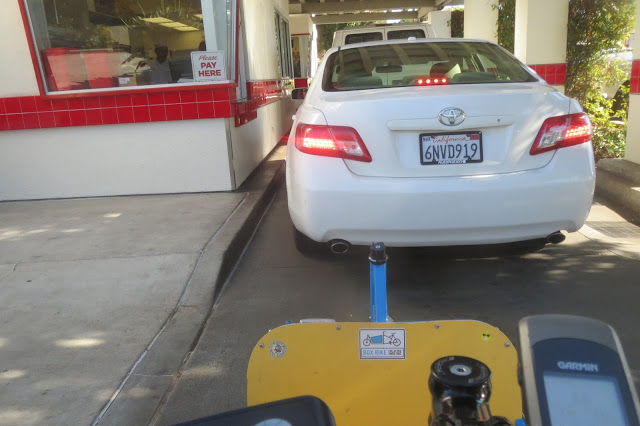 Long before I met Alex, I’ve been guided by the principle of “Leave the Car, Take the Bicycle” and have tried for years to use words (and, on occasion, animated videos) to encourage folks who drive a car when a bike is easier, cheaper, better for the environment and more fun.

But this past autumn, facing a lengthy and unwelcome lull in freelance projects, I began to increasingly feel like my writing was marketing copy in search of a product.

Until one day, during a break of a planning meeting for Cranksgiving San Jose, standing in line with a friend waiting to buy burritos, and I learned from him Box Bike might be for sale.

Jump ahead a few weeks and I’m sitting in Alex’s small workshop in Santa Cruz taking illegible notes as he begins the first of what became a series of invaluable lessons in how he makes the Box Bike: one at a time with help from as many local suppliers as possible. Alex: if you are reading this: that was truly an inspiring time and I will forever be thankful you gave me so much guidance. 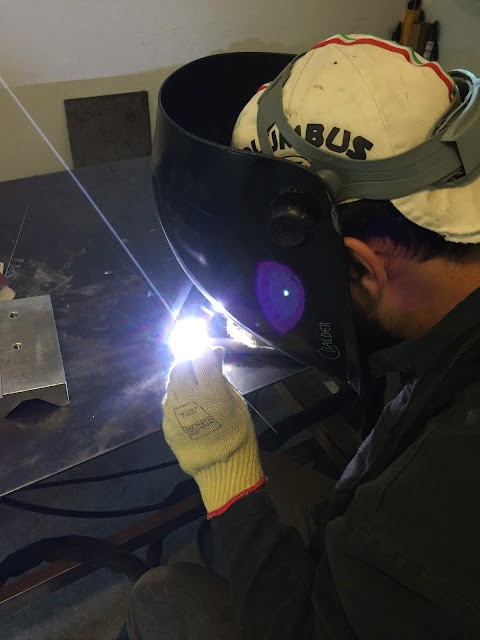 
Jump ahead a few months and we land on today, which is the professional equivalent of doing three 1,000 piece puzzles simultaneously on a TV tray.  My goal is to make the first Box Bike by DIYBIKING.COM ready in early Spring - focusing sales efforts on this traffic-choked wad of the earth’s crust we call Silicon Valley.  Paperwork has been filed, old and dare I say awesome customers have been emailed, suppliers have been contacted, hundreds of pounds of steel have been moved, and that’s not even the one/eighth of it.

Now as you know I have a history of building cargo bikes: from the original Bikeducken to the folding cargo bike I made specifically for life in San Jose. A cargo bike business is a lot more complicated than making Mad Max-looking bikes few would want to be in the same room with, so there’s a lot of learning involved - most of which I’ll share with you. I have never run a business before but...you know...Betsy DeVos.

Anyway: this blog is back up and running and will have regular updates about the Box Bike business (links to get to the site, which still needs a lot of work, appear here and above) but I’ll still have community news and other build & travel posts. I'm also compiling bike-related charities & events (starting in the Bay Area) so alert me when you hear of one.

Also one of the things that came with the Box Bike business is...a Facebook page! I encourage you to like the page - especially if you are an interested in buying a Box Bike and - at least during this writing - don't mind some ambiguity in terms of when they will be available. 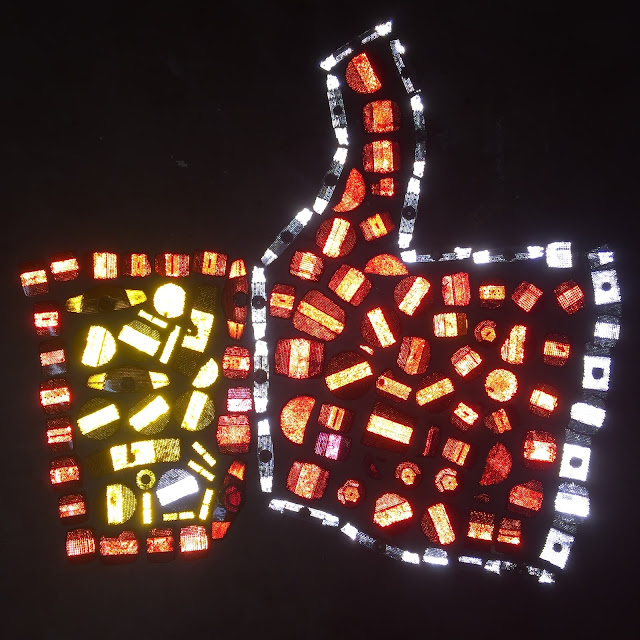 So thank you for sticking with DIYBIKING.COM and for taking the time to read this - and for understanding that me buying this small business is moving the DIYBIKING.COM story forward. I also hope you choose to leave the car, take the bicycle whenever you possibly can.  As it has become abundantly clear over the past several weeks of this new administration we are on our own.

There will not be a tax hike on gasoline - but if we use our cars less and ride our bikes more the price of gas falls - and projects like Standing Rock become less attractive.

There will be no new regulations on auto emissions - the ones we have will probably be relaxed - so the reduction of CO2 can only happen a few pounds at a time, one bike trip at a time.

There will be tremendous pressure to allow the automotive status quo to keep waddling forward - but if we make a show when we leave the car/take the bicycle, arrive on time at town hall meetings and make it clear to our local representatives we will not permit anyone to scale back on any of the infrastructure or acceptance bicycle users need to get around.

At the end of the day we are the ones who get to decide we want our air to smell like, what we want our water to taste like, who we want our streets to accommodate, and, perhaps most important, how we want our children to see the world. 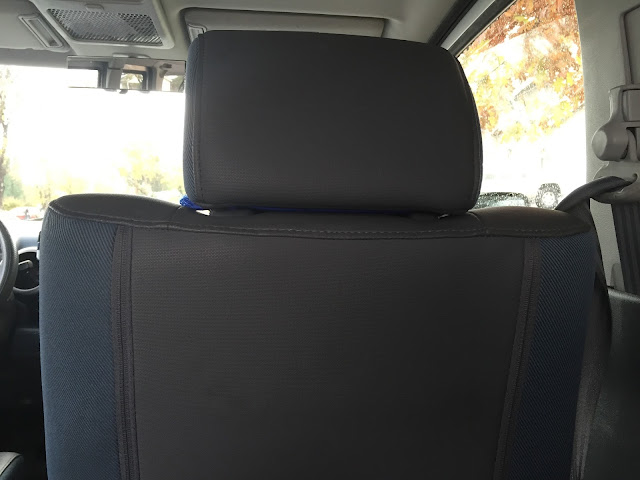 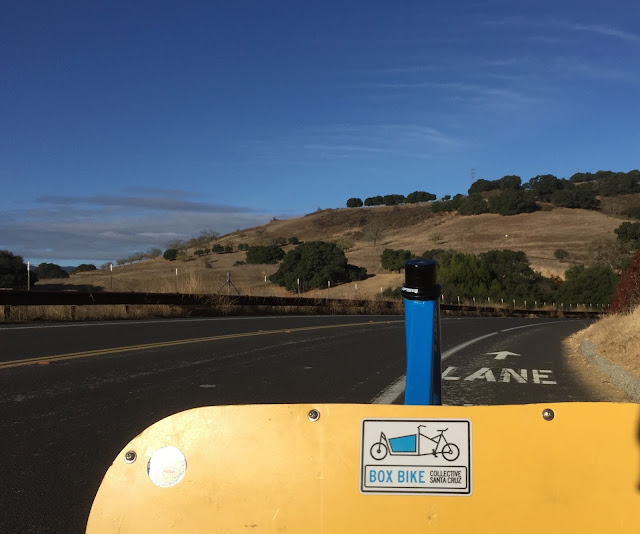