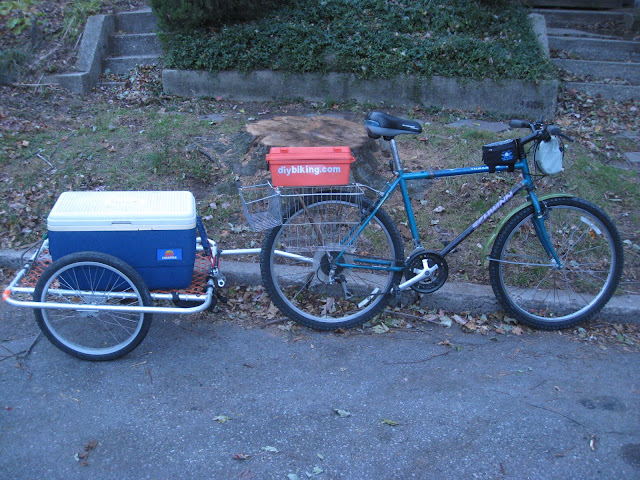 I am not one of those crunchy granola people with a Smugmobile (Prius, as some call it) adorned with bumper stickers with pictures of the planet on them. My SUV is 3,300 pounds. I drive it when I don't have to just like everybody else.

Living in Stamford, Connecticut, I have dealt with fuel problems in the aftermath of the recent storms. Some of the shortages here are caused by people from New York and New Jersey crossing the border to gas up. I don't mind them coming here. They have a lot of problems, but I do wish that they'd come for the fuel and stay for dinner at Harlan Social, a yoga class at Exhale, the bike sale at Pacific Swim Bike Run, and so on. They could even shower at my place if they like.

So yes, the sight of half of the gas stations in Stamford surrounded by orange cones while the other half surrounded by vehicles with out of state plates has been on my mind lately. But there's a message that New York City Mayor Michael Bloomberg, New York Governor Andrew Cuomo, Connecticut Governor Dannel Malloy or New Jersey Governor Chris Christie could add to their remarks as they call for gas rationing or have discussed fuel shortages - which look like they will continue for some time, probably long enough to inspire a Road Warrior-like meme or viral video (only hipsters mobile enough to scavenge and brutal enough to pillage would survive).

I rode the bike above to the grocery store. I passed a gas station that was closed and several roaming cars looking for another. I got my groceries. I put them in the cooler. I brought them home. The whole time I was thinking there are thirteen words that any of those leaders could say that might make this fuel rationing and shortage period a little easier. After all, none of us are used to elected officials telling us to not do something, like gas up if your car's license plate ends in an even number.

But anyway, those thirteen words I'd like these folks to say as they call for rationing are as follows:

"If you have a bike and can ride it safely, please ride it."