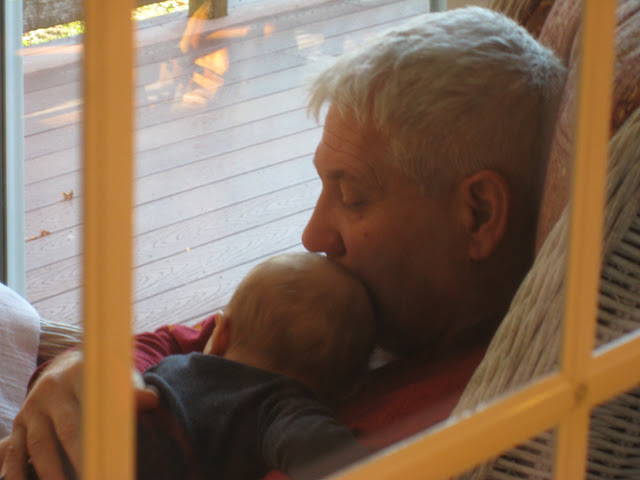 Some of you know I traveled back to Connecticut the last week of March to go to my grandmother’s funeral. Uncle Wayne couldn’t be there since he was admitted to the hospital unexpectedly. Twice-weekly phone calls with my parents turned into regular updates on his condition. When things appeared to be looking up a couple of weeks ago, I reasoned we should rent the man a convertible for a month as soon as he got out.

But then, four days ago, I got the dreaded Phone Call From Mother On Your Cell Phone In The Middle of the Day. I don’t remember most of what she said but I remember feeling feeling more sad than I could remember feeling in a long time. He should have lived a lot longer and had a much more fitting end.

Uncle Wayne, as far as I could tell, stopped aging in or around the mid 1990s. When my cousin and I would go to Bluff Point State Park during family reunions in Mystic, he’d often come with us. I was always glad when he did just in case my cousin would need help carrying me out of the park.

A police officer for decades in Connecticut, he was always an entertaining storyteller - especially when it came to his job. After he retired, the stories grew even more entertaining but the subjects noticeably shifted from law enforcement to whatever it was he and his grandchildren had done or were going to do.

I took the picture above during Thanksgiving a few years ago holding his first grandchild without him knowing and meant to give him a framed print for Christmas. I never got around to it.

I can’t give him this picture and I can’t ever go mountain biking with him again, but I can ask you to do what I just did: make a donation to the Colchester Land Trust - a nature conservation group he was a big part of in the town he’s called home for a long time. Also, that thing you were planning to do for someone special but haven’t gotten around to it yet? Get around to it now.

Thanks for reading and thanks for riding.
Posted by Mike at 9:11 AM