Two years ago this week Michael Jackson died, and I couldn't think of a better way to mark the occasion than riding to Market in Stamford and eating the donuts that were served at his funeral.

Market is a restaurant in Stamford at 249 Main Street across from Columbus Park. With a menu described as New American it has been on Fairfield County Weekly's 'Best Restaurant Overall' list at least a couple of times. I've gone there for dinner several times and it's the kind of place UBS executives need to dine before they consider leaving town.

On the dessert menu sits donuts that were served at Michael Jackson's funeral. Really. The family ordered $250 worth and had them shipped to California in time for the service. It was covered on TMZ and all over the local news. I remember thinking that between great beaches, great restaurants, Jerry Springer and Maury Povich being taped here and the now famous donuts, Stamford truly has it all.

Why these donuts? According to legend,* Michael Jackson was passing through Stamford late one night many years ago when he and his driver stopped at Market for a treat. When ordering the donuts, Jackson was so taken by the sight and smell of them he immediately removed a glove to pick one up. At that moment, his driver said: "No, Michael. Just use this little fork they give you."

Jackson used the fork and was so distracted by the sugary dessert he forgot to put his glove back on. But he never forgot Market in Stamford.

So I got to ride to work on the Dahon Matrix. But I was so early I knew I would miss the elusive 'donut window' at the Bedford Street Diner and I didn't have time to go elsewhere. But at the end of the day, I realized there wasn't any reason why donuts should be always be confined to the morning hours. So I decided to stop at Market on the way home, chaining the bike to the parking meter. 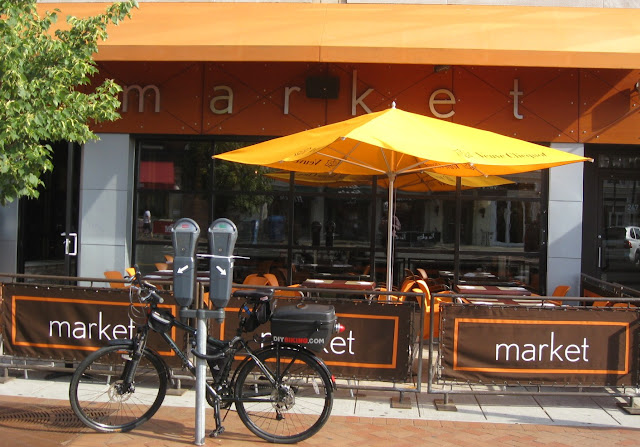 Since I arrived before 5:30, I was able to pick out any seat I wanted at the bar where I promptly ordered a drink and asked for a dessert menu. Right there on the menu, there they were. Although they weren't always called this (I believe the pre-Michael Jackson funeral name was 'Ricotta Donuts') the description does not them justice. 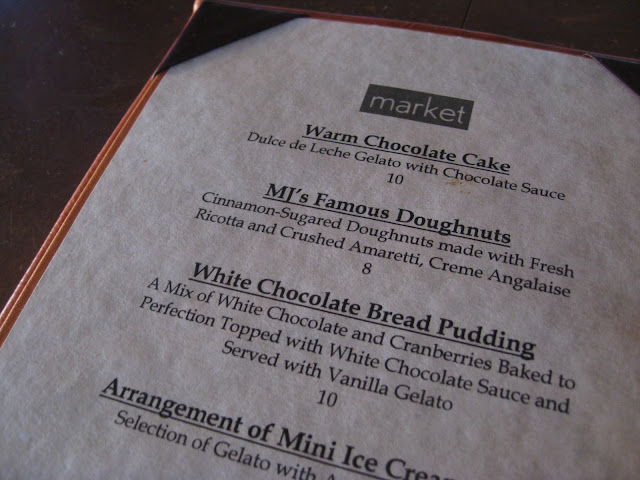 I placed my order with the friendly bartender and waited a short while for my donuts, which as you can see from the picture, cost $8. True, you can buy quite a few Dunkin Donuts Munchkins for that amount but remember: they come in a cardboard box. These donuts come like this. 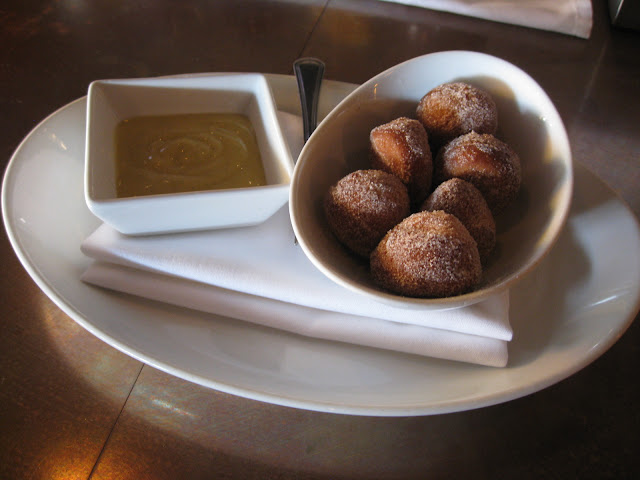 How they appear on the plate is one thing, but I was reading an email when the bartender brought them over, and the smell of cinnamon and sugar alerted me to their presence and contribute to the great presentation.

If you have MJ's Famous Donuts at Market, it is a great idea to use the little metal fork. But I don't recommend picking up an entire donut all at once. Instead, carefully use the fork to cut each donut in half (skilled aficionados can even cut them into 1/3rds) so you have the maximum amount of surface area available to soak up the crème angalaise. Ideally, you want to twist the fork in such a way you can't see the surface of the donut. Regardless of how you proceed with the Market donuts, the outcome is the same. 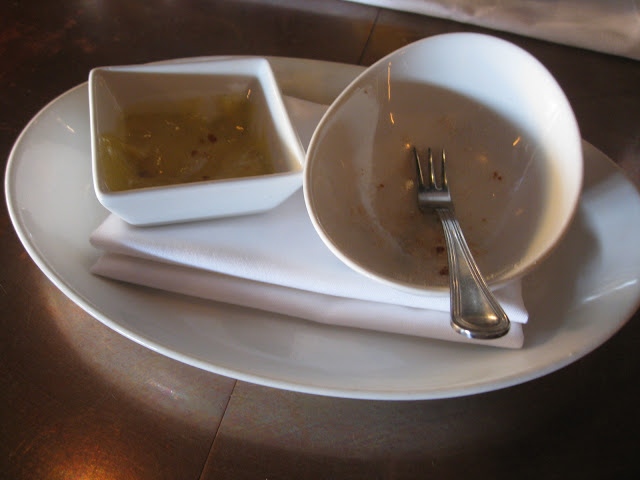 I stayed at the bar a little while before settling the bill. Then I left Market planning to return for dinner soon with my wife – possibly to get the arrangement of miniature ice cream cones along with the Michael Jackson donuts as dessert.

I recommend dining at Market anytime, but if you do it this week be sure to have 'MJ's Famous Doughnuts'. Riding there and back wearing one cycling glove is up to you.