Riding In The City That Never Sleeps (Unless It's Tired)

I usually take a bike ride on Sunday mornings. If it's raining, I mumble an obscenity or two and head into the workshop instead.

If I wake up expecting rain and it turns out that it isn't, I do go on a ride but it usually has a Beat the Clock mentality attached to it. Take today. The sky looked like it was ready to open up at any moment but I put my trust into weather.com and hustled to get out the door to get a good ride in before the rain. I didn't have a destination and didn't want to go far from home so I decided to ride within the city of Stamford

This meant I was on the roads much earlier than usual, and Stamford wasn't awake yet. I liked that. 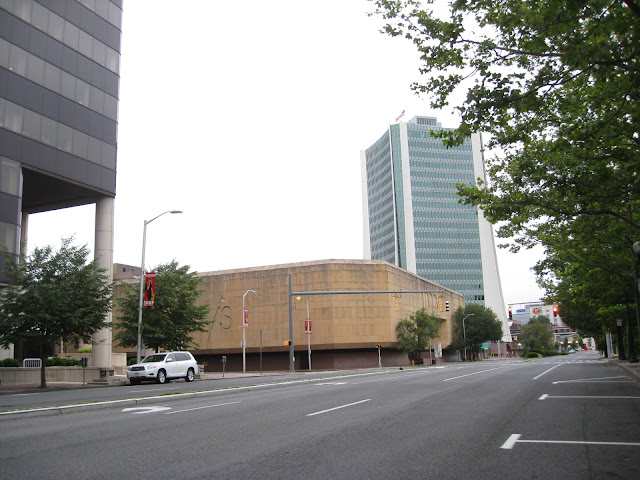 That's part of what makes Stamford interesting. Because you can have times of day like this you actually feel like the city wakes up and goes to sleep just like a person. 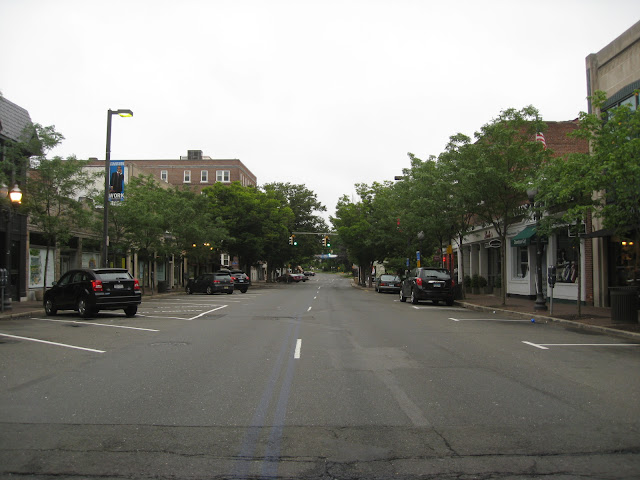 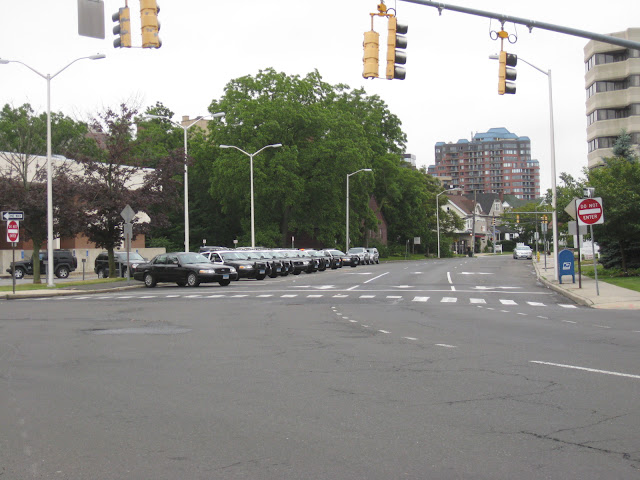 Riding with few cars on Bedford Street is awfully nice, too. For fun I cut across to Summer Street (where I once had an apartment) to see if that thoroughfare was equally quiet. It was. 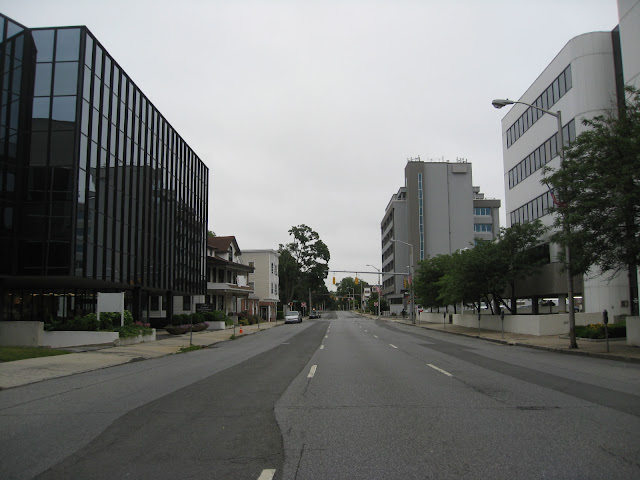 If you live in Stamford and you think about Ridgeway Plaza, you wonder why the video game industry hasn't yet created a game where the goal is to find a parking space there. But before 8:00am on a Sunday morning you can take your pick. 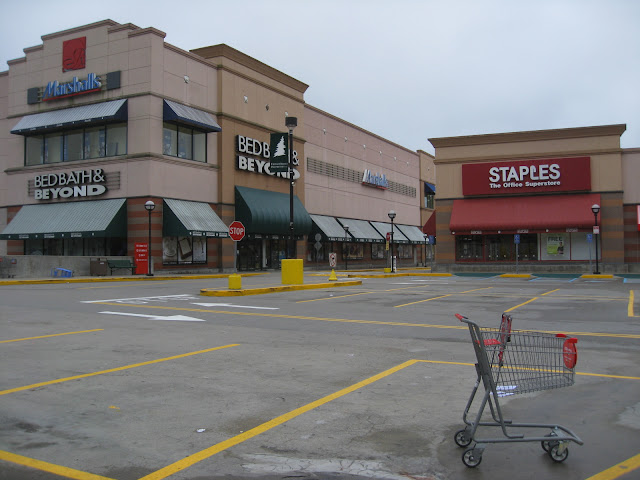 Riding car-free between Bed, Bath & Beyond and Staples I finally came across life: Cafe Oo La La which is one of the few places in Stamford that is open early enough for breakfast. And from what I was learning, it was going to be serving Gelato. 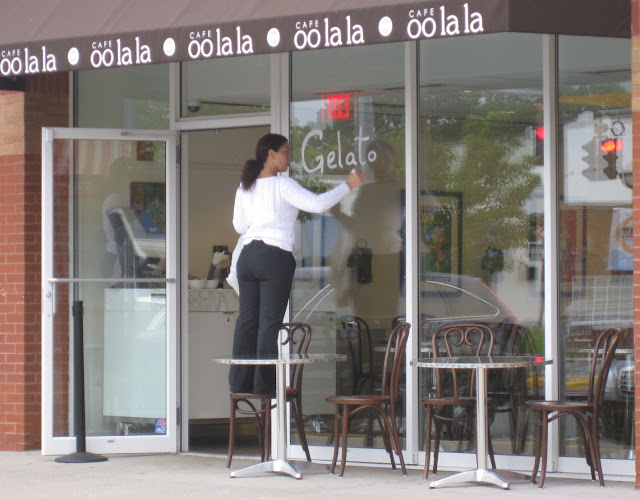 On a normal day I would have stopped for a coffee but I wanted to stay ahead of the rain. So I cut through to Washington Boulevard and headed north into Bulls Head near my office. 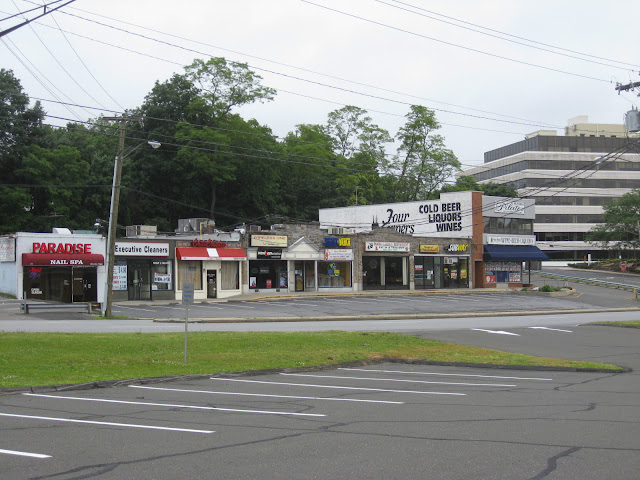 I continued north on High Ridge, and I can assure you this stretch looks much different during lunch hour on weekdays. 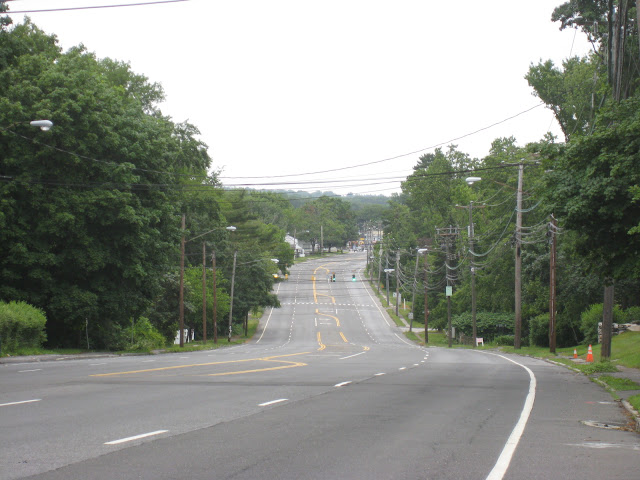 Soon I came across an unhappy sight: the north Stamford Borders' Book Shop had closed a few weeks before. The company, which had filed for bankruptcy in the wake of bad luck and bad decisions, had recently shuttered that and over 200 other locations around the country. 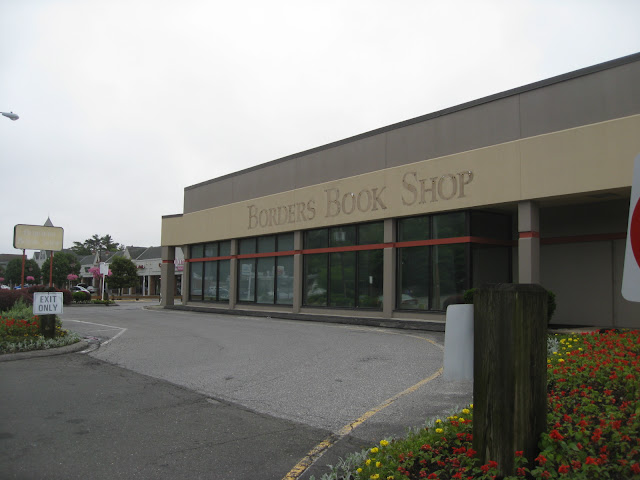 Behind the stretch of shops near Borders I came across this and liked it for some reason. 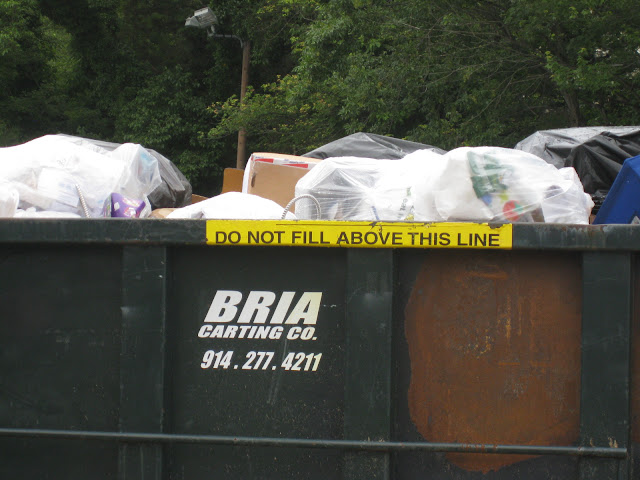 I decided to ride up to the great Stamford Museum and Nature Center before turning back, but first I came to Nico's Foreign Car Repair just beyond the Merritt Parkway. 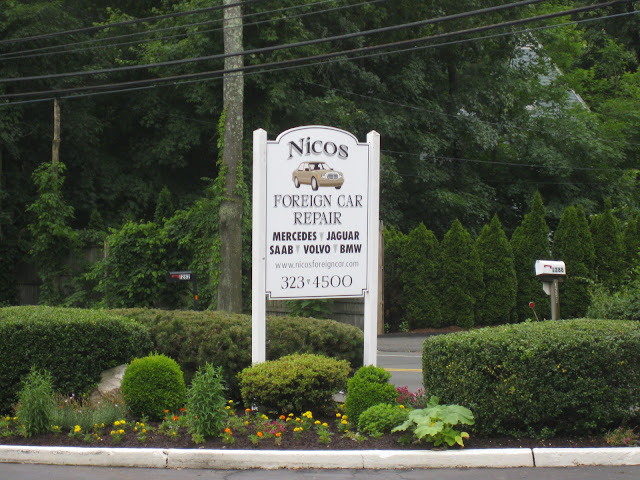 There is always a few interesting cars on tlot, including this: a Rolls Royce. It isn't a Corniche with coachwork from H.J. Mulliner Park Ward, because it has four doors. But it's not a bad looking Rolls whatever it is. I'm sure James May from Top Gear would know. 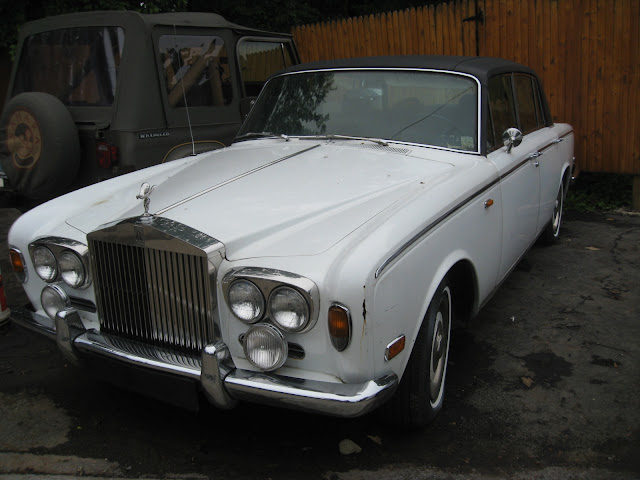 On the lot was another British car: a Morgan of unknown vintage. I want to send Nico's an e-mail and see if it is for sale. Not that I would know how to fix it or even have a place to do so. 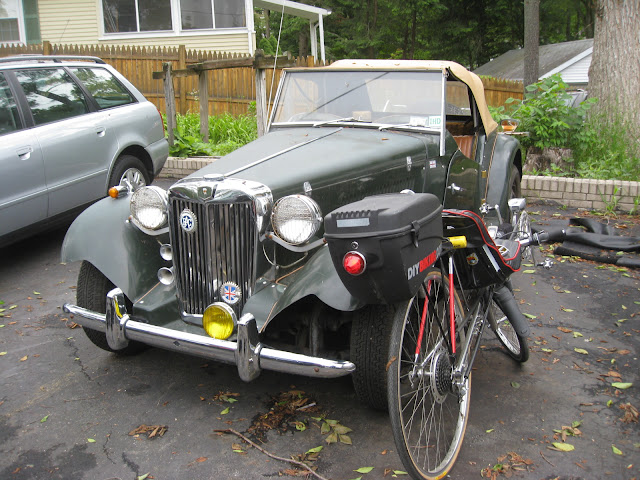 After allowing my inner Petrolhead a few minutes of daylight I went back to riding up to the Stamford Museum and Nature Center before turning around and looping through some of the random neighborhoods before finding myself in Newfield, where I learned the existence of the Newfiled Swim and Tennis club as my ride became less urgent and more aimless (the sky was looking better). 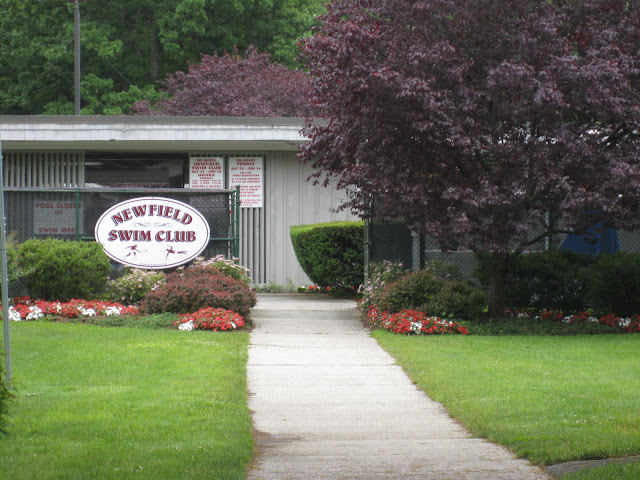 I meandered toward Newfield Avenue stopping at an estate sale to buy a baggie of L-brackets to put in the 304 plus a road atlas of Fairfield County. I figured with the latter I can plan some more trips. With a heavier bike box I pulled back into Shippan Point shortly after 10:00am.

A good ride, and I still have the whole day ahead of me.