Let My People Go (Get Some Ice Cream)

This morning, I rode the Dahon Matrix to work. I was pretty sure I was going to have a long day but I was happy in the knowledge I could ride my bike to work and, even more importantly, back again.

But I wanted to do a side trip to Fairway Market on the way back because my wife was out of town and I felt like getting sushi, specifically the Red Hot Roll, and bringing it home to eat. While at work I worried that the sushi wouldn't favor riding in the better bike box in 80 degree weather, so I hatched a plan: I took my frozen Udupi dosas from the office freezer (only $1.99 for four) and put it in the box thinking it would make an effective ice pack. 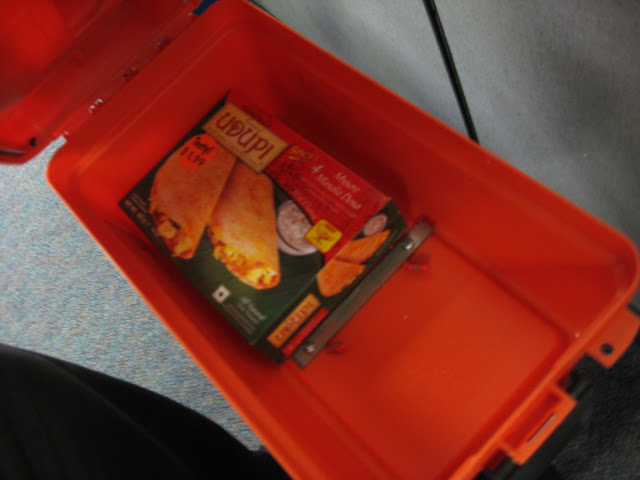 At the end of the day that was just as long as I expected I did what I wanted to do: I rode to Fairway, got my sushi and headed back to where I had left the bike (a small digression: I think Fairway in Stamford has the best bike rack compared to most grocery stores: right in front, clearly visible, easily accessed, and there's a security camera nearby). 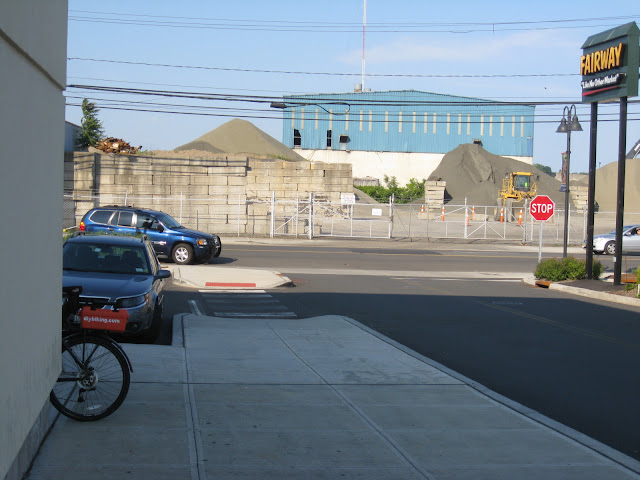 I secured the sushi on the dosas - there's something I never thought I would write - and closed the bike box. I then unlocked the Matrix, put the nerdy-but-useful reflective band around my right trouser cuff and was ready to pull the bike away from the rack when I heard a voice.

“Excuse me. Do you know if there is an ice cream place around here?”

I turned around and saw a smiling woman in a white nun's habit sitting in the passenger side of a slightly battered 15 passenger Ford van. Except for the male driver, from what I could see the van was filled with others wearing the same thing.

I stepped up to her while processing what to say. I knew exactly what ice cream place they could visit: It was on Shippan avenue, just over a mile away. I began to give turn-by-turn directions but it's not as easy as it sounds and this group was clearly not from around Stamford.

“What's the name of the ice cream place?” She asked.

I blanked, embarrassed I had forgotten the name of the one and only ice cream parlor within walking distance of my house that I had been to several times. I also realized she may have been fishing for that information in case they got lost heading there. So I hit upon an idea.

“I'm heading in that direction now,” I said. “How about you just follow me there?”

The woman and the driver agreed, and I stepped back to the Dahon and put on my helmet. I had plenty of time to walk the bike to the entrance to Canal Street while the driver turned the beast around to get behind me.

I pedaled up Canal as fast as I could manage, all the while keeping the old van in my rearview mirror. It quickly became apparent the van, covered with fading religious and anti-abortion bumper stickers, might give out before my legs, so I eased up a bit.

When I got to the intersection of Jefferson Street I waited for them to catch up and waited for the light to change. I realized that if I turned right on red or otherwise rode quickly through the streets of Stamford during rush hour I could easily lose them.

Soon we came to one of Stamford's annoying new traffic lights on the corner of Jefferson and Harborview. It's always a coin toss on which is faster: going straight through to Magee or heading down Harborview to connect with Magee between the under construction Hyundai dealership and the sewage treatment plant. Since the van was right next to me at the red light, I signaled the driver, determined to lead my people to frozen treats as quickly as possible.

I used the polite hand signal (as always) and turned near where I dropped the McDonald's cup during the Coffee Cup Challenge. Before long we were rolling down Magee. At the intersection with Shippan Avenue I moved into the left lane and signaled left at the light. When the light was green I rolled through and moments later pulled up to a big fiberglass ice cream cone and signaled left. A kind motorist coming in the other direction stopped and waved me (and the van) through. The parking lot of Sunny Daes was mostly empty and the van easily found a space. I stopped to take a picture, positive I would never forget the name of Sunny Daes at 633 Shippan Avenue ever again. 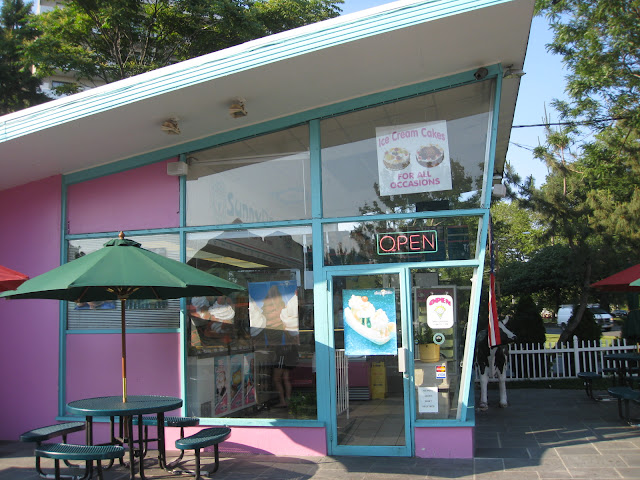 The van doors opened and the driver set up a couple of small wooden steps so it would be easy for the women to step out. The one who had asked me directions walked right up to me to say thanks and introduce herself. She and her group had come from Groton and were on an outing of some kind. I couldn't hear much of what she was saying because the other women were all thanking me as they were heading inside. They must have really wanted some ice cream, I thought.

Two of them gave me some literature, which made me wish I had some literature of my own, or at least a DIYBIKING.COM business card. Hey, they bear their good news so I should bear mine. 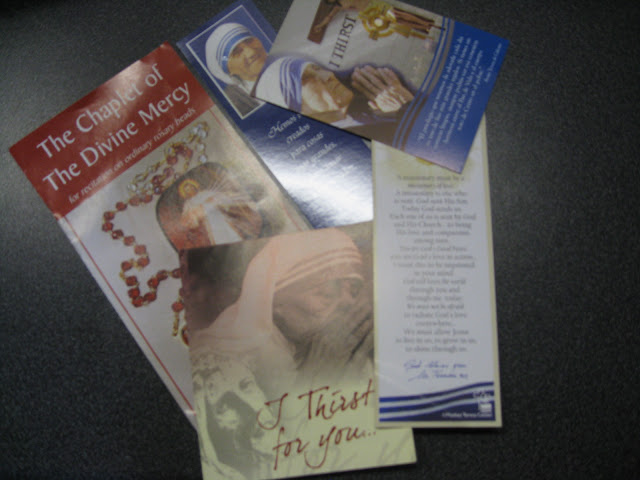 I did tell them about this web site, and the driver was so impressed he took a picture of the better bike box, which of course has diybiking.com printed on it. I briefly thought about staying to have ice cream myself, but I was tired, I was still wearing my work clothes and I had raw fish in the bike box. Something had to give.

“We'll pray for you!” one of the women said happily as she walked to Sunny Daes.

“Please pray for all cyclists,” I said. “Enjoy your ice cream.”

I pedaled away, arrived home without incident, and discovered my improvised ice pack had worked. As I ate my delicious sushi, two things struck me: I really wanted some ice cream...and my mother is probably going to like this post. 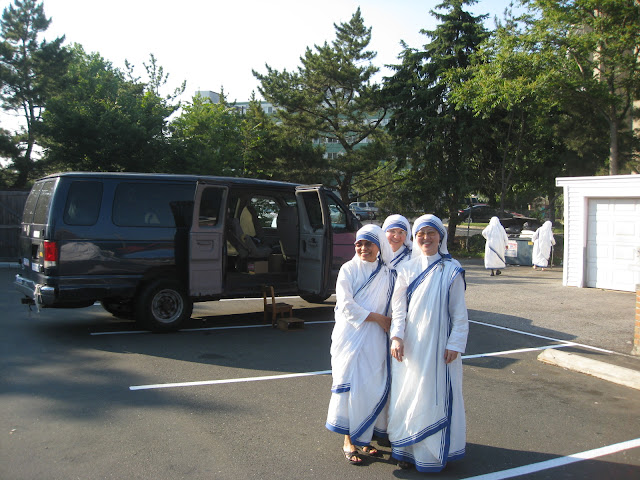