With an incredible amount of distance to drive to get to Omaha, Nebraska, I didn’t ride that morning in Bolingbrook, Illinois. From what I saw - at least from the hotel - the town had been assembled from a DIY Corporate Park & Instant Outdoor Mall kit anyway, so it didn't have a lot of appeal for a bike ride.

Instead, after several hours of driving through field-and-windmill country, we stopped for lunch and I rode along the The Riverfront Trail in Davenport, Iowa. My wife sketched it while my mountain bike tires hummed over the pavement. 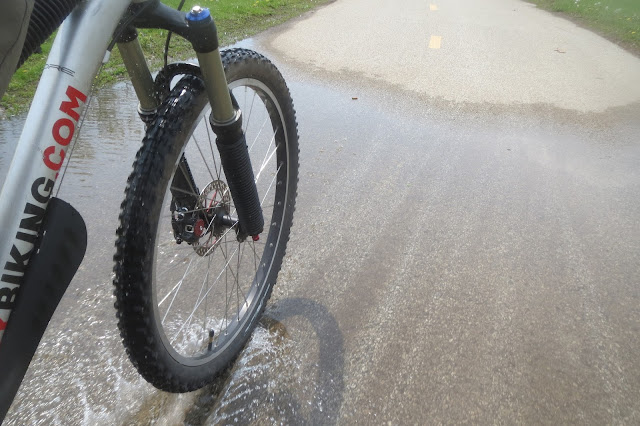 It’s a pleasant, family-friendly path that runs along the Mississippi River and I stopped briefly to watch a freight train rumble into Illinois. 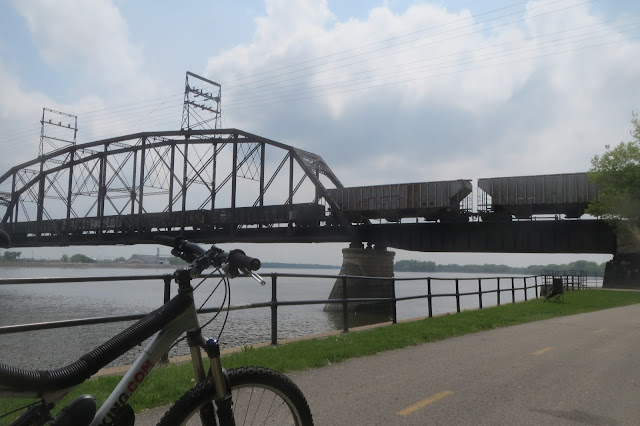 Riding in the afternoon instead of the morning came to haunt me later, and it became a valuable road trip lesson: it almost always feels better to ride in the morning. Pedaling under the sun in the middle of the day made me tired - especially since there was so much more of Iowa that we needed to drive across before nightfall.

I got antsy and irritable. My mood wasn’t helped when I ate my last alfajore cookie from Lorca. Remember that moment in 127 Hours when the guy who had his arm pinned under a boulder in a canyon drank the very last of his water? It didn’t feel at all like that. But it was still pretty demoralizing nonetheless.


We made it to Omaha, Nebraska after a long day of driving. I glanced at the bike in the rearview mirror as I parked and silently promised to ride early the next morning.