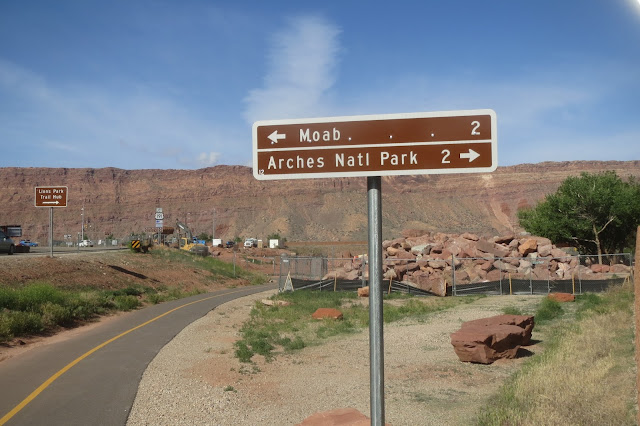 Our second and final morning in Moab had my wife and I in agreement that we had to return someday. We had a long drive to get to Nevada but I wanted one last ride before we’d have to hit the road.

For the first time in the whole trip she joined me - and it was her first bike ride of the season (I had crammed her Trek in the car by outfitting it with folding pedals borrowed from the Mystery of South Norwalk and bungeeing it to the inside wall of the Element). We started at the Moab Canyon Pathway and pedaled on the trail along the Colorado River. 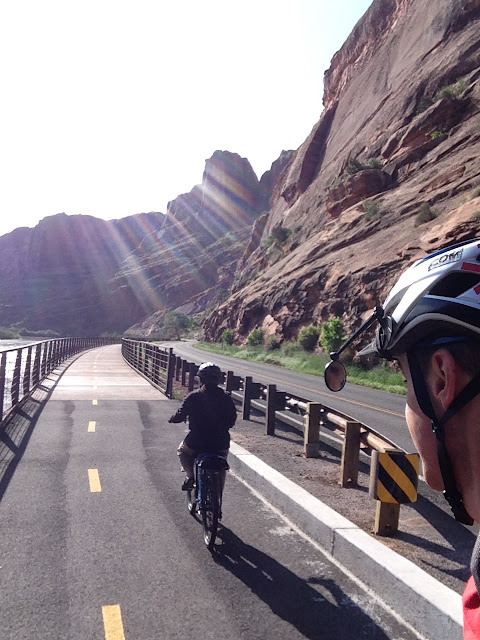 The trail only runs about two and a half miles from Lion’s Park (but will hopefully be expanded further than that soon) and was just a great way to experience the area and not feel like you need to bring survival gear. 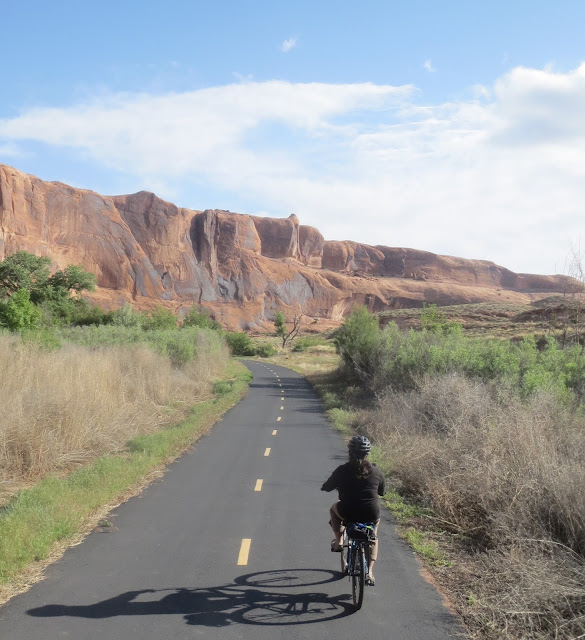 We wrapped up the ride and I packed the bikes back into the Element with skills usually seen doing level seven of Tetris.

After changing into my driving shoes (I found my junky pair of loose fitting watershoes is the most comfortable thing to wear when behind the wheel for hours) and checking out of the hotel, we picked up some good sandwiches at a grocery store in Moab - where my parting shot of the area captured the essence of the place: not one vehicle in the parking lot did not have a bike rack of some kind. 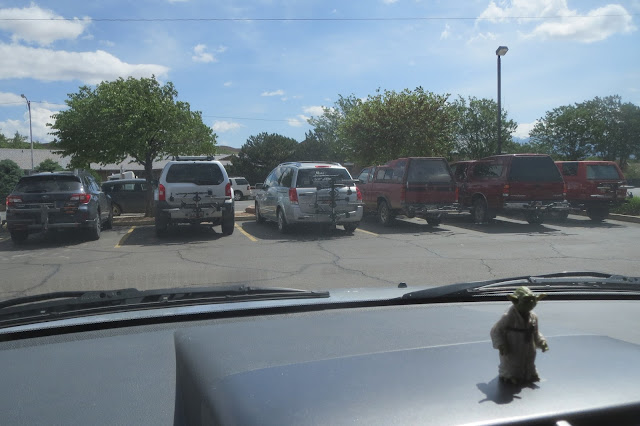 After driving a little over an hour, we stopped at Green River Park for lunch and found a picnic table near a boat launch ramp where a group of women with stand-up paddleboards were gathered. As they were getting on their boards to head downstream, one of them fell in and I went over to see if she needed help - she was fine and I ended up holding her board and paddle as she climbed back on. She told me they were on a four day trip down the river and thanked me as my wife snapped a picture with my camera. Hope they all had as much fun in Utah as we did. 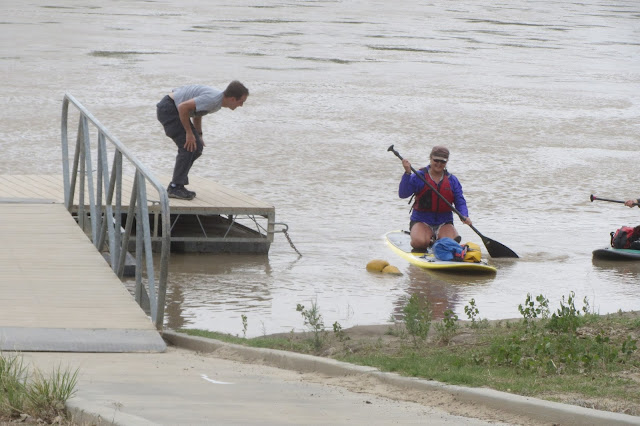 We drove on, and the elevation changed to the point where at Connors Pass I stopped so I could throw snowballs at my own car while my wife laughed. It made for as good a diversion on the drive as any. 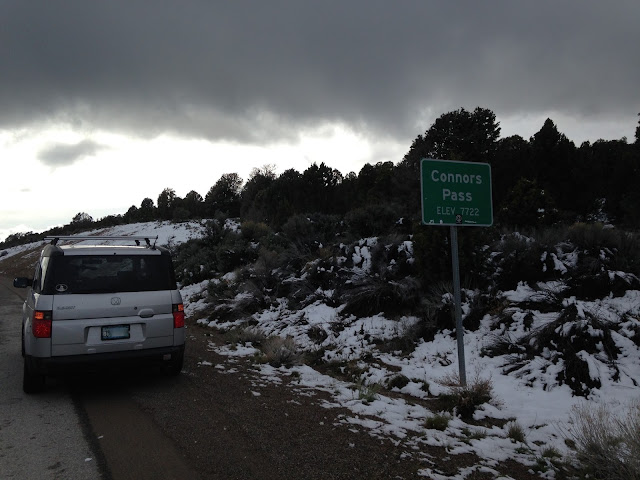 Around dinnertime, we pulled in to the sleepy town of Ely, Nevada. It made me think of what Moab would look like if you took away all the biking and replaced it with casinos with aging facades. My wife sketched the main thoroughfare in the parked car while while I sat in the driver’s seat looking for cyclists.


I saw none. I missed Moab.