Note: if you're reading this blog right now I could really use your help: I am riding in the American Diabetes Association's Tour de Cure in Palo Alto tomorrow. I normally don't do organized rides at all but I want to mingle with my new neighbors and, more importantly, raise money to fight diabetes. Please donate here and help sponsor my ride! 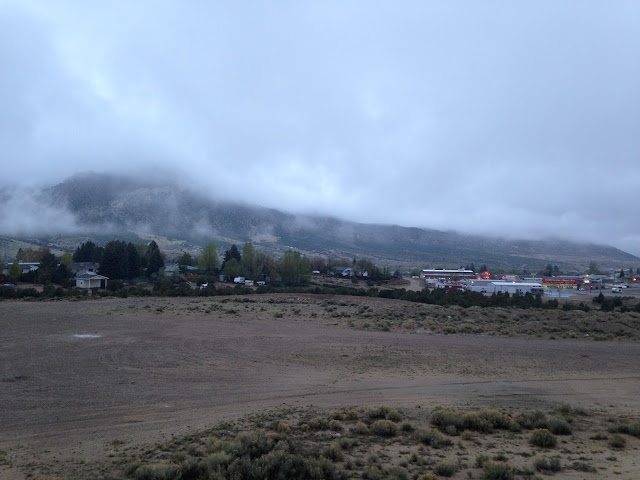 Another morning, another motel bed.
Another city waiting up ahead.
And another small memory to leave behind.

It was raining in the morning, but unlike Wyoming a few days earlier, I knew I’d have another shot of riding in Nevada so I decided to forgo the morning bike ride. The hotel served breakfast early and we agreed that we could make it to Carson City for a late lunch if we were on the road before seven - and I’d still be able to ride a bike in the state of Nevada. 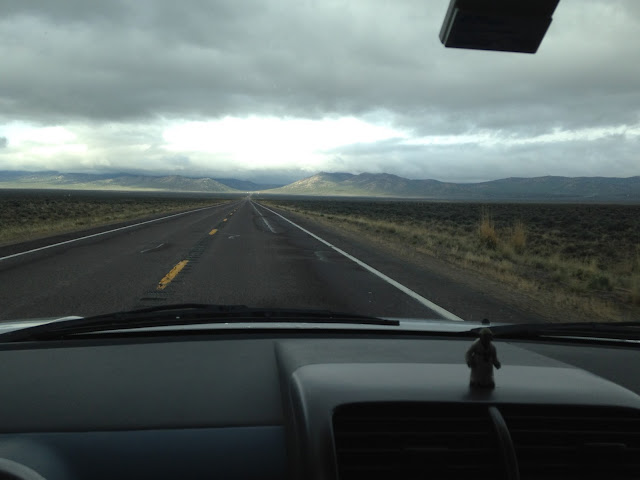 Getting to Carson City meant driving on Highway 50 (sometimes known as the I-50). Dubbed ’The Loneliest Road in America’ I had trouble deciding if it was so boring it was interesting or so interesting it was boring.

“We warn motorists not to drive there unless they’re confident of their survival skills,” said an unnamed AAA rep in the July 1986 edition of Life magazine. I was ready: I had oatmeal cookies my mother had given us, a case of bottled water crammed between the Element’s seats, and had watched several episodes of Discovery’s Dual Survival before beginning the trip. 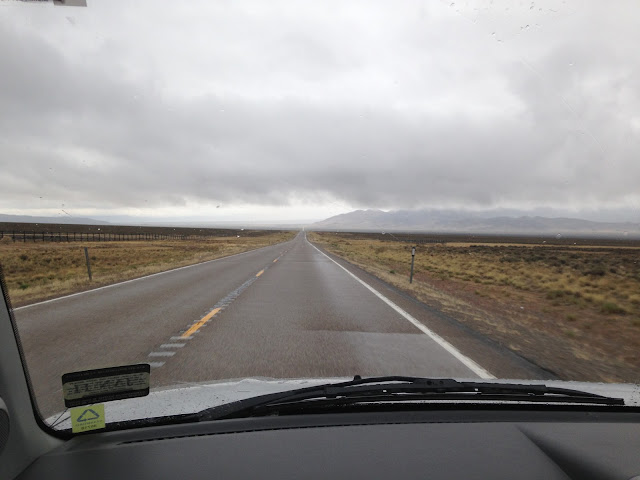 Life magazine’s story checks out. It’s a lot of nothingness I wouldn’t attempt with a less reliable car. Anyone who bikes it is a brave soul - I saw only two cyclists on the entire length of the 50. Luckily there are a couple of places to stop to stretch ones legs and pause whatever Michael Connelly audiobook we had playing (Good storytelling, Mr. Connelly: the short Harry Bosch mysteries did make the miles go faster). 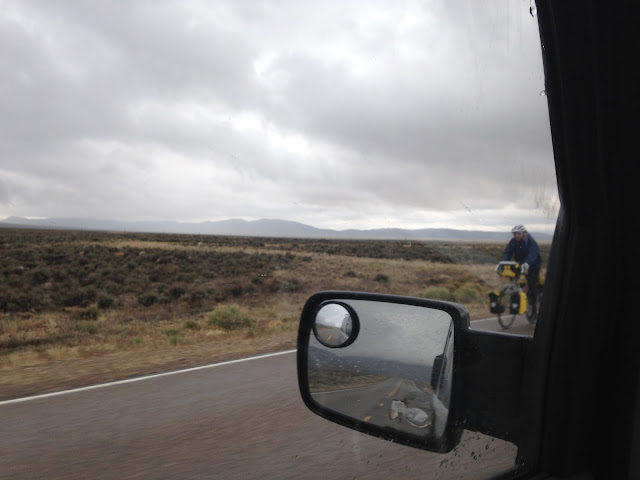 In the sleepy, aging mining town of Eureka an effortlessly charming bartender named Susan poured me a cup of hot coffee in a plastic Budweiser cup at the Owl Club Bar and Steakhouse and, after I told her I was a drifter passing through town (though I didn’t phrase it quite that way) she insisted I stay to look at ‘all the ladies’ along the main thoroughfare. As my wife sketched Eureka, I wandered around to look at the classic cars Susan was referring to - and hoped the rain would clear up for the Eureka Car Show, which was taking place that very morning. 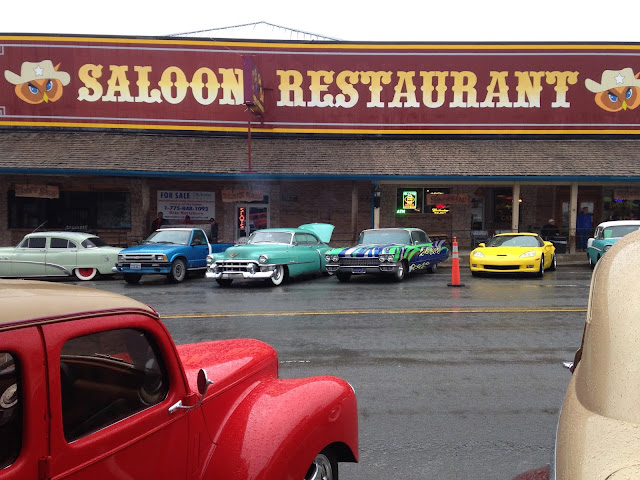 Soon after we left Eureka the rain cleared up and gave us a clear view of the nearly hypnotic road. I kept expecting to see Lord Humungus’s truck in the rearview mirror but we saw only one or two normal cars an hour (sorry I don't have a more up-to-date Mad Max reference but I haven't seen Fury Road yet). 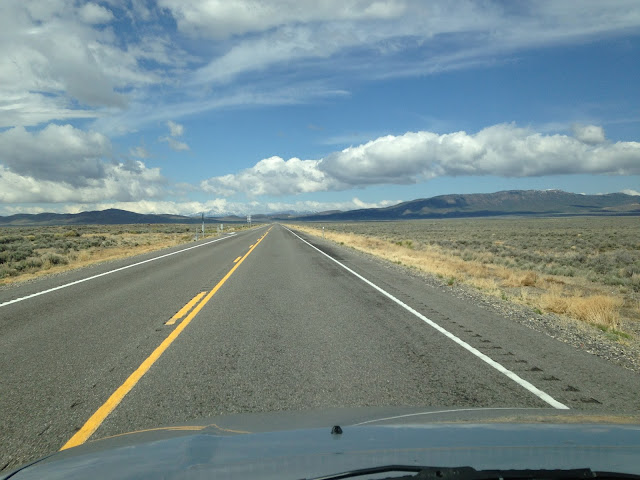 After a few thousand years of this, we made it to Carson City for our late lunch. Since my wife didn’t feel like sketching the city and I didn’t feel like biking it, we continued on to Lake Tahoe so we could indulge in the passions that chose us. 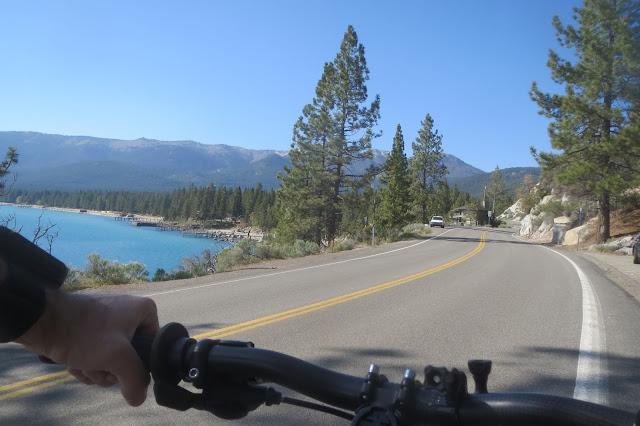 I unpacked the bike at Lake Tahoe State Park and rode on Rt. 28 - nearly unable to believe that California was just on the other side of the lake. Near the Tunnel Creek Cafe I found a bike shop called Flume Trail Bikes that was just visible from the road. 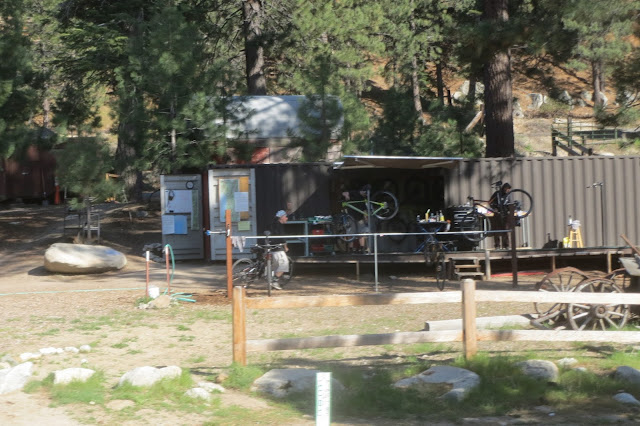 I diverted up the nearby trail to see if I could find a better place to see the lake. I succeeded and could actually see California - the place I would eventually be permanently living in - across the water. 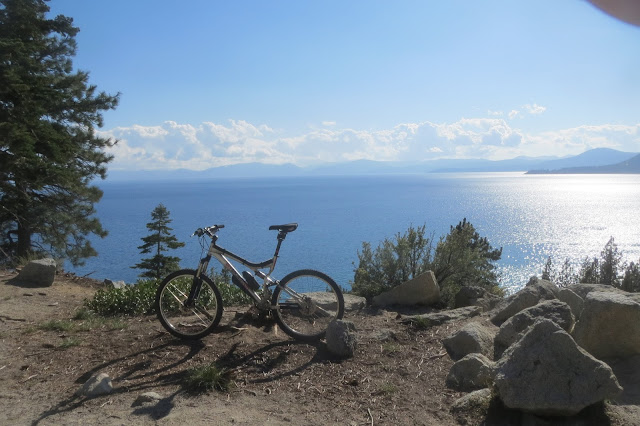 I’d have to wait for another visit to ride on the Flume Trail (which looks irresistible looking at the pictures on Flume Trail Bikes' website), so I turned around and headed back to the beach to meet my wife and check out the sketch she had made of Lake Tahoe while I was riding. 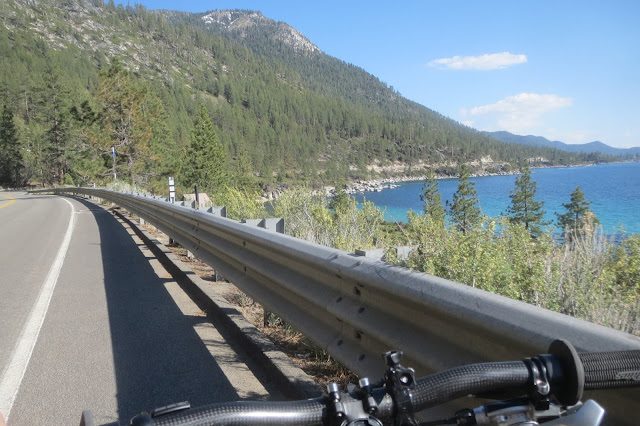 We continued driving on Rt. 28 and crossed the Nevada border into California. We were officially in the home stretch of our trip and there was only one morning to go - Truckee, California - a town the infamous Donner Party put on the map.