Rolling into Cleveland: Part I 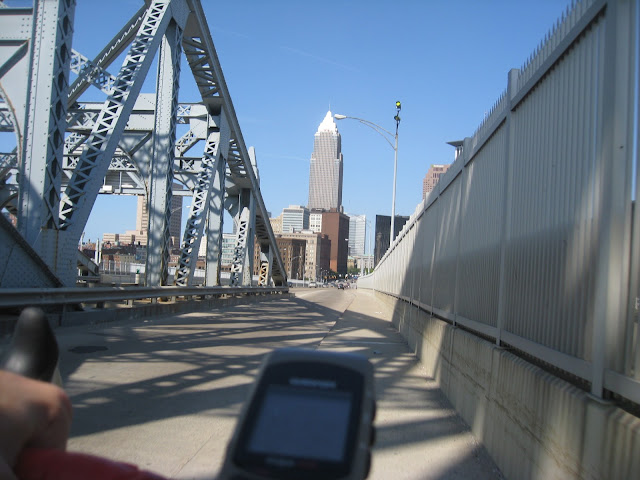 I recently got talked into driving from Stamford to Cleveland. Ohio.

I don't want to get into the circumstances, but I will say that life can sometimes throw you one of those math problems you used to get in grade school. For instance: if Jack thinks he needs an hour to get to the airport, an hour to get through security, forty-five minutes to sit at the gate, three hours to sit in a plane, how many other stages of air travel is he going to think about before he decides a nine-hour road trip might be easier?

So that was part of why a five-state blend of bug pizza ended up on the grill and windshield of my Honda Element. I had great company and an excellent iPod playlist (named 'Cleveland?' complete with the question mark, as I knew that's how some of my friends would respond after I had told them where I had been). Thanks to the interior bike rack I built, I brought along homemade mountain bike 2.0 and my Bike Friday New World Tourist.

I must admit I didn't have a very positive impression of Cleveland before I got there. It seemed that the only time I heard of anything from that city was when something bad had happened to it, be it an economic meltdown or a betrayal by a sports figure.

Speaking of which: Art Modell and Lebron James? You're both banned from DIYBIKING.COM. Really. I ban thee.

But soon after I arrived, I realized Cleveland has a lot going for it. For starters, before you begin any cycling adventure, your food options are covered, especially if you go to the West Side Market, which is currently celebrating its centennial and offers some great eats. 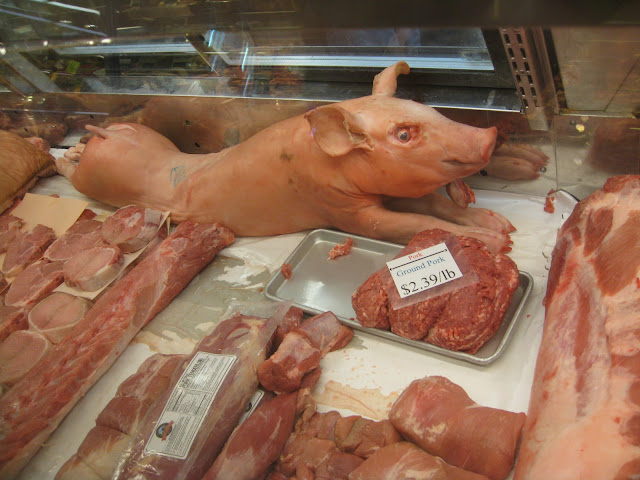 The pig was tempting, but I decided to eat a more balanced breakfast at the West Side Market Cafe before I found other treats in the market that caught my eye, like blueberry donuts (two words that have been kept apart for far too long) and fresh chicken jerky. When you leave the market, be sure to walk through the streets behind it and find The Glass Bubble Project to check out the hand-blown glass, great artwork and to meet nice people. 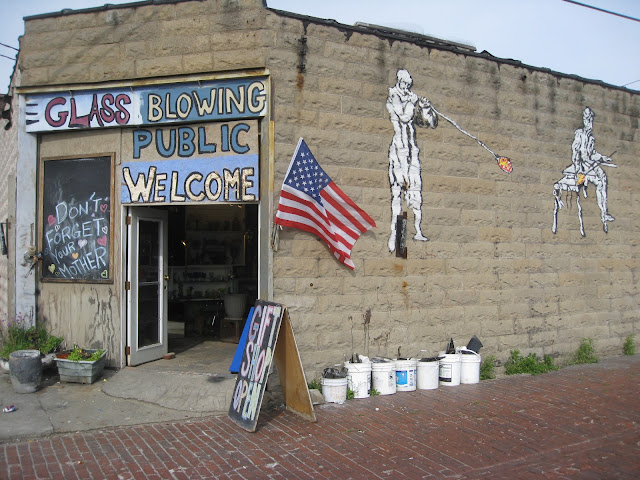 One of the guys running it mentioned the place was imminently moving from this location across the street, but if their style goes with them, I'm sure you won't have trouble finding the place (not far from the famous 'Ohio City' sculpture). 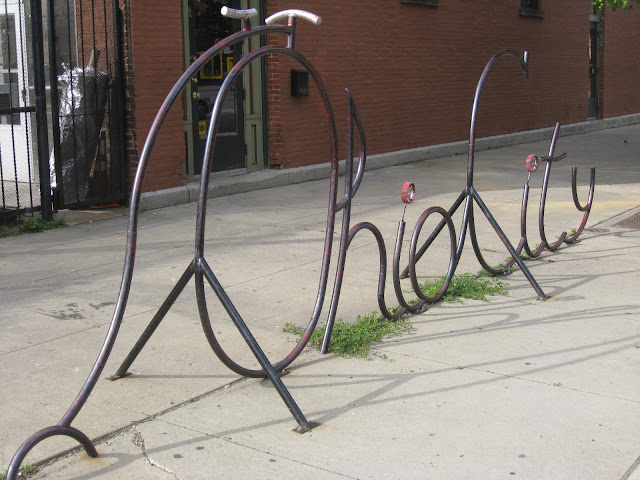 After breakfast and visiting The Glass Bubble Project, one can head to the Cuyahoga Valley National Park and the Ohio & Erie Canal Towpath trail, which offers over 20 miles of hard-packed dirt trails...and so much more: when you go into the visitors center (either the Boston Store Visitor Center or any of the other ones) and pay for the Towpath Tag, you may acquire a map showing things like the stops on the Cuyahoga Valley Scenic Railway, which pepper the trail. If you ride out in one direction and don't feel like riding in the other, you and your bike can take the train back. Brilliant. 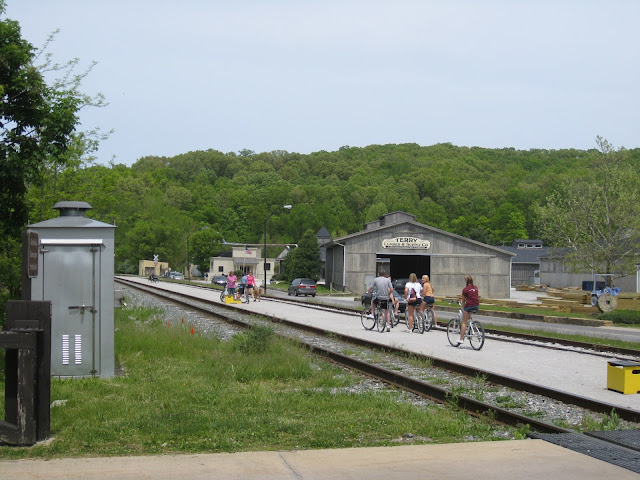 On the trail itself, which has just enough dips and curves to make it interesting in its own right, you occassionally see what's left of the canal locks...and can try to imagine what it must have been like having to use a series of locks and a towpath to move things in and out of Cleveland in the 1830s. 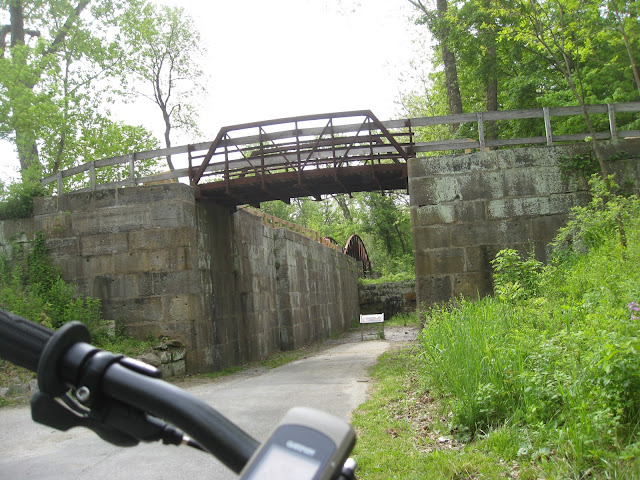 The trail is also open 24 hours a day, so if you bring a good light you can ride at night. I opted to use the trail during the day, when Century Cycles' Peninsula location is open. The shop, which does have bike rentals there and a good selection of bells, is close to the Peninsula Depot Visitor Center and a railway station. 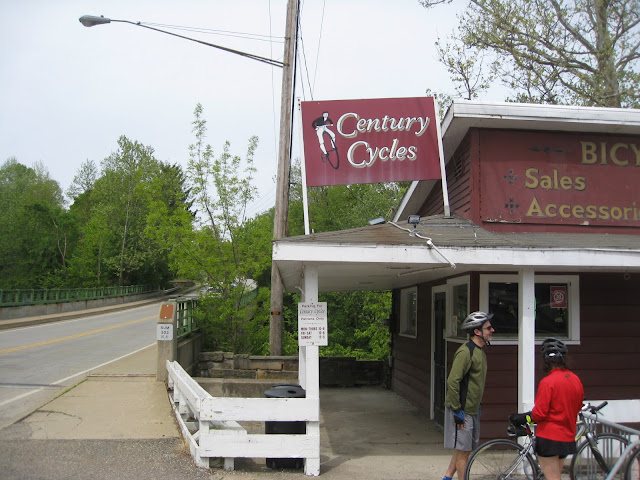 On my ride along the towpath, my newly built mountain bike did well. I saw no skinny-tired, Presta valve-using roadbikes on this trail, but most of it was so smooth something with hybrid tires would have done just fine – though I liked the way my knobby tires sounded in the short tunnels. 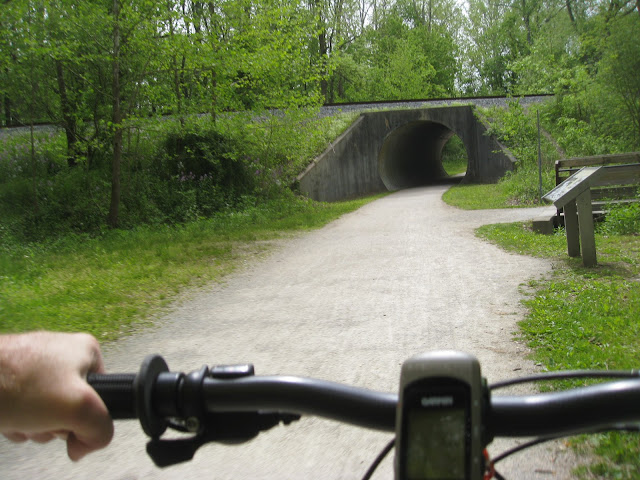 Along the way, signs on the trail offer some history about the Cuyahoga River. Donate money at the visitor's centers when you go: trails like this need to be maintained. 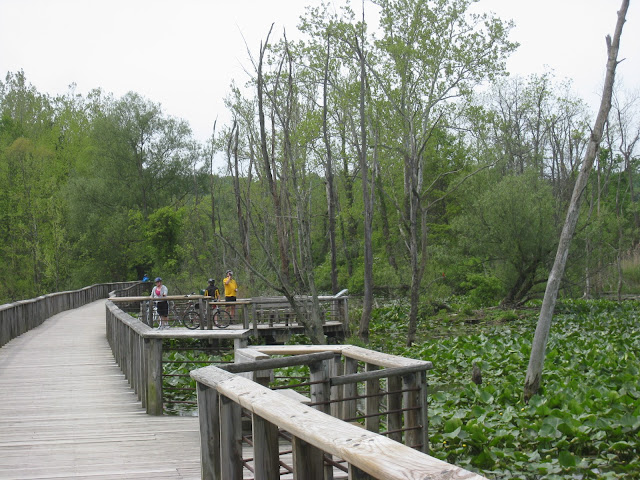 Sadly, I didn't have time to do the entire length of this trail. Lucky for me though, I wasn't very far into my Cleveland trip and got to visit a different trail the next day. This one was the Rocky River Reservation trail, which is part of the Cleveland Metroparks trail system. 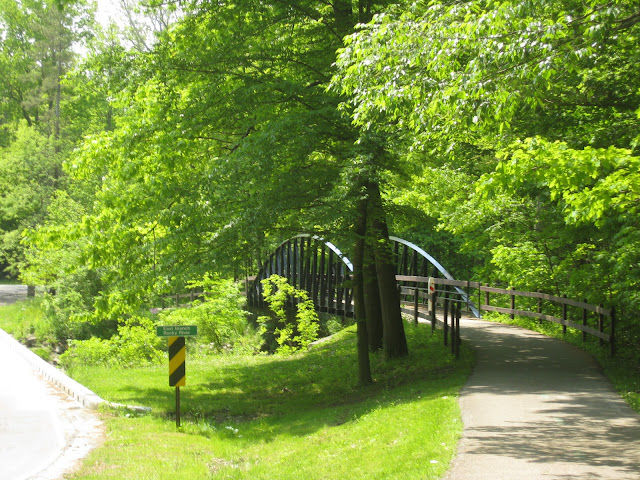 This trail was paved and I switched to the New World Tourist, which could zip on the smooth trails (which didn't have many road crossings or rollerbladers!) over the river and through the woods. 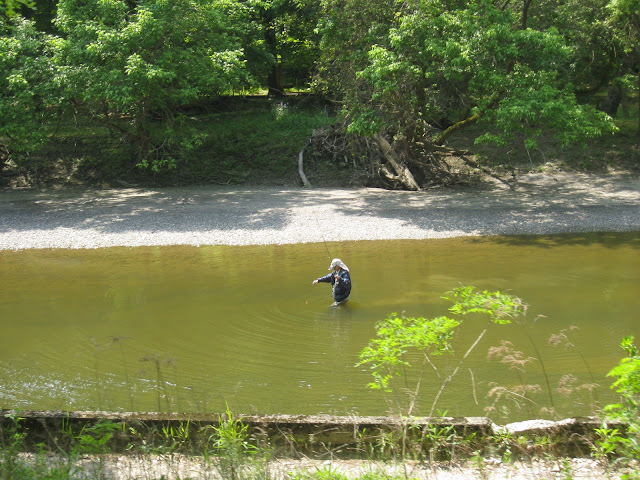 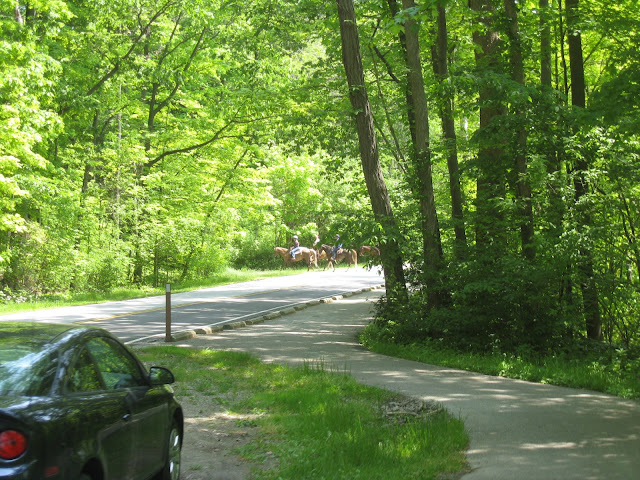 On this trail, I crossed off 23 miles and once again didn't have the time to do the whole thing. But I was still thankful for the time I spent on it and the chance I had afterward to rest at the river. 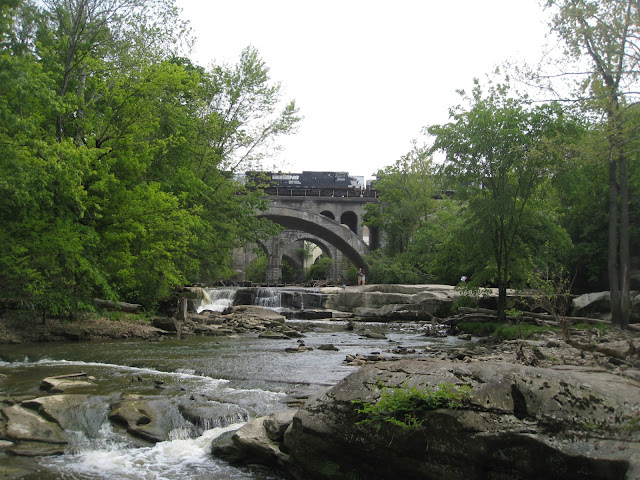 Inspired by the artists I met at The Glass Bubble Project, my wife, and...perhaps...by Cleveland, I decided to give sketching a try as I rested. 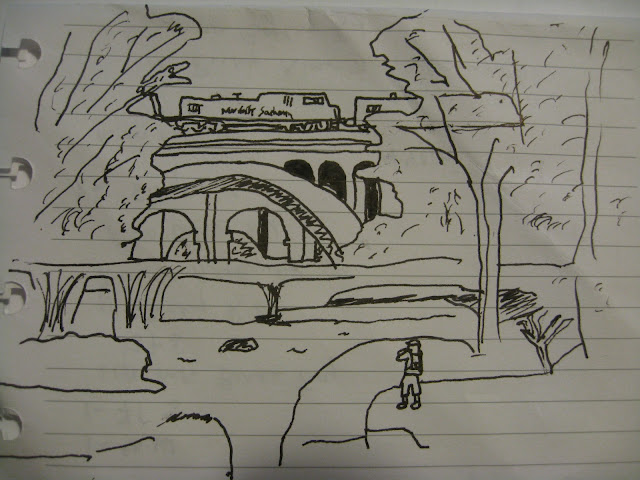 Let me assure you: I will stick with writing about bikes.

While it felt like time had slowed down, my visit with the great trails of the Cleveland Metroparks and the Cuyahoga Valley National Park were too brief. As I put the bike back in the car, I knew its wheels would touch down in the Metroparks again soon.

But for now, the Bike Friday had a new assignment: downtown Cleveland. 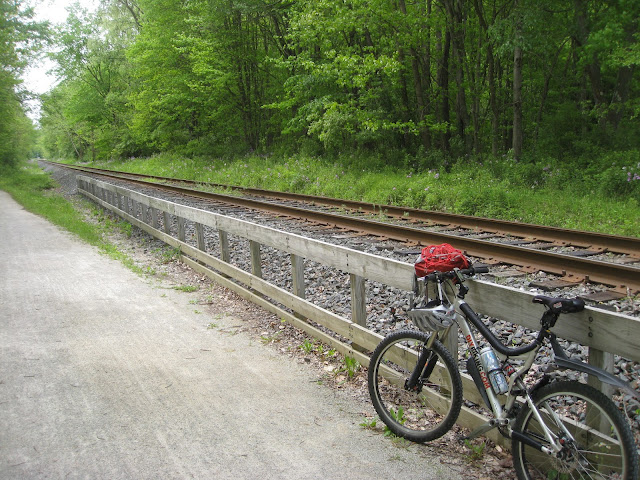