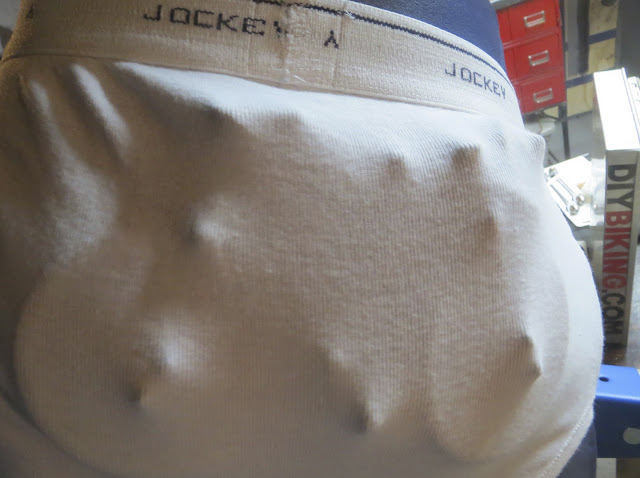 I've been writing this blog for a couple of years now and have saved most of my serious, after-school-special-ish topics for my column in the Stamford Patch. But readers: please don't let the picture above fool you: we need to have a serious discussion.

Now I got to meet some amazing people at the Bike to Work Day event in Stamford; I got to see some folks from Danny's Cycles, Bike Walk CT, Domus' Future Five, and people who were stopping by to learn more about bike commuting - one of whom was a rather impressive woman who commutes more than 16 miles each way to get to work on a single speed 29er.

Yeah, the list of excuses for not riding the two miles to your office has gotten shorter, but that's another topic.

When I talked with these people, the places where we had ridden had always come up. Specific city names from all over the world were mentioned, and you could see someone's face light up at the talk of some and fall a little when speaking of others.

It all falls back to how cities treat cyclists. We want paths set up to link cities and towns together, for sure, but a lot of bike-friendly infrastructure starts at the city and town level. And that means the leaders, or would-be leaders of a city need a willingness to commit to bike infrastructure. Right now, most Stamford bike lanes look like this: 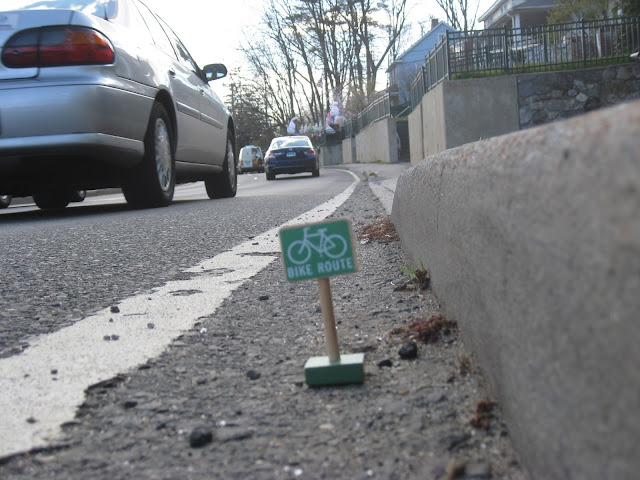 This morning, I woke to some amazing news in the Hartford Courant: according to Census data, Stamford officially overtook Hartford in terms of population: Apparently, my city has 216 more people than Hartford.

Say it with me with Stephen Colbert intonation: "IN YOUR FACE, INSURANCE CAPITAL!"

But now let's look around Bull's Head, Ridgeway and a dozen other places in and around downtown Stamford where finding a parking spot is next to impossible. Let's look at the South End development - home of great places like Exhale Spa Stamford -  and wonder how cars will manage the bottlenecks under the railroad bridges. And, let's look at the barely-standing, often-full parking garage at the train station. Take all of this in and you'll realize we have to elect someone this fall who understand the problem and knows that making the city better for recreational and practical cyclists is part of the solution. 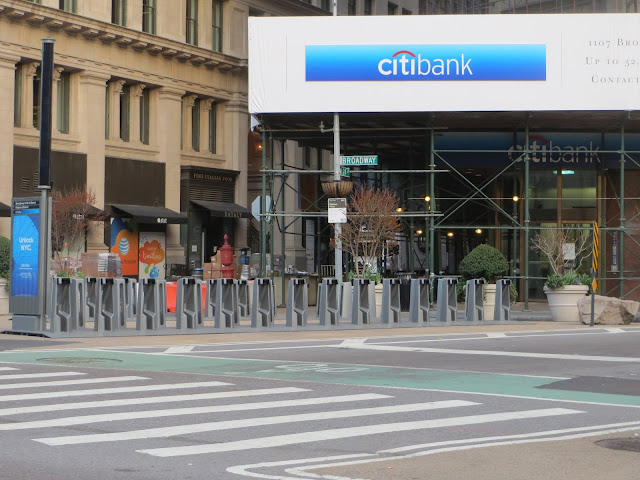 New York City has made some great strides with bike infrastructure under Mayor Bloomberg. Some of it is controversial and some of it doesn't work (often, unfortunately, because a few cyclists themselves don't obey the rules) but it's making the city easier to get around. The CitiBikeNYC bike share program is being rolled out to early adopters next week (that's a then-under construction docking station above…and if you look closely you'll see a pigmented section of the road where bicycle commuters can stand when waiting for a red light to change) and the city can go even further than it has - provided it elects a mayor who supports bike and pedestrian infrastructure.

In case you're wondering, I don't believe the candidate who sent a picture of his gentleman's area to a woman who is not his wife is that person. But we should ask him to clarify his position on bike infrastructure. In fact, we need to ask everyone running for office.

Stamford will pick a new mayor soon, and I plan to ask each candidate to bare all about how they feel about bicycle infrastructure. But a maturity-impaired guy who takes a picture of a toy bike stuffed in a pair of Jockey's stretched over a seat cushion at five in the morning can't do it alone. Ask with me. It's not about keeping Hartford out of the medals, but about keeping Stamford and other cities attractive places to work and live.  More than ever, thanks for reading and thanks for riding. 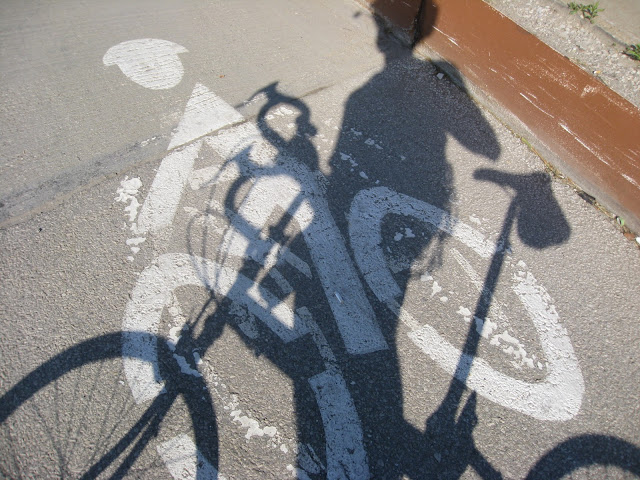