Bike to Work Month Challenge: How Far Can You Go With $20?

So I was driving around Shippan Point tag sales the day before the Five Boro Bike Tour, searching for bikes to load into the back of my Honda Element, when I came across this. 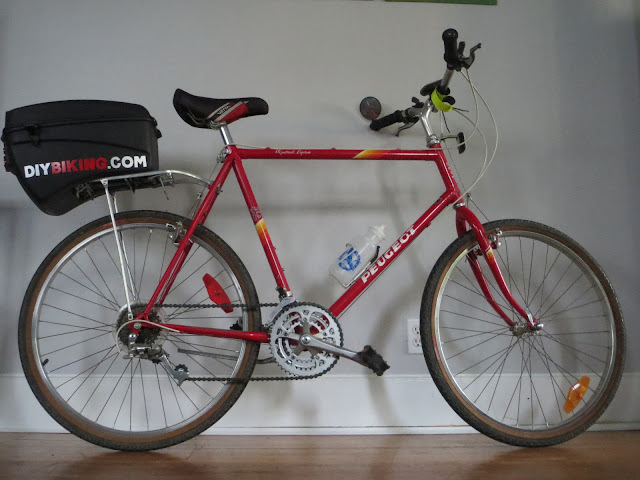 I apologize for forgetting to take a 'before' picture, but I assure you that save for the bike box and a rear rack torn off a trashed bike, it didn't look much different from the moment I picked it up. Though it was covered in dust when I first saw it.

This is a red Peugeot bicycle. Possibly dating back to the George H.W. Bush years, this bike had flat-as-pancake tires and was made out of my favorite material: steel, which meant I could cut it up and have a fine time welding. Careful study indicated it was purchased at Joe Fix It's, a bike shop in Monroe, New York. I wonder if they remember selling this. 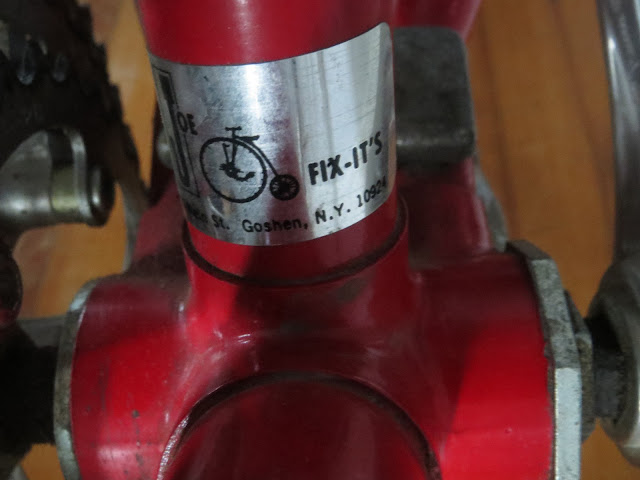 I asked how much, and a woman at the tag sale told me the bike was $75. But a gruff-looking man a few feet away from her snapped at me:

The woman glared at him, but said nothing.

Not wanting to be forced to pick a side in what I sensed was a source of marital friction, I agreed to the gruff man's price and paid the woman for the bike. I pushed it away pleasantly as the two  bickered quietly amongst themselves, with the phrase 'are we trying to get rid of stuff, or what?' being used by one of them. I'll leave you to guess which.

I got the bike and a few others I had acquired that day and brought them home. This Peugeot was the best of the lot: the tires held air. There was very little rust. The chain, once cleaned, was in good shape. And when I outfitted it with an old rear rack from a trashed bike and the bike box, it truly looked the part of a decent bike.

Now I know my original goal was to cut it up to make something (like the homage to Cyclepedia I made last year) but I got sidetracked: I was watching an episode of The Wire on DVD and only wanted to see if the tires could hold air, but by the time the credits rolled on 'Moral Midgetry' I realized I had been pleasantly distracted/mesmerized to the point I made a functioning bike without knowing what I was going to do with it. 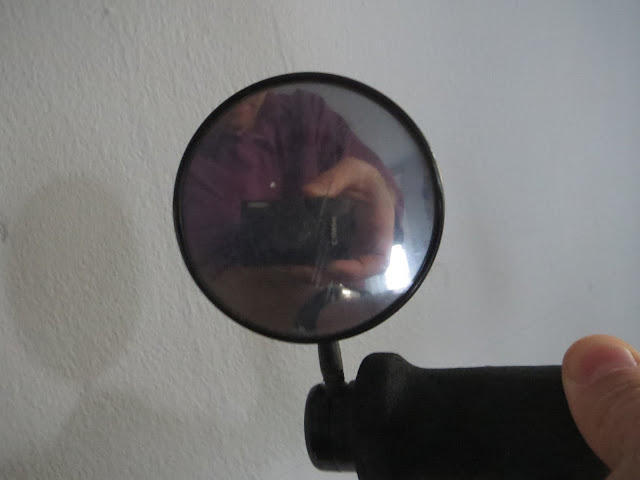 The following week, when I spent more than $500 in order to eliminate an unpleasant noise coming from the rear brakes, I decided what to do: I was going to get my $20 back.

That's how many miles I need to ride the Peugeot in order for it to pay for itself. That's something that just can't be done with a car, and it seems like a suitable challenge.

I've established a few rules: It couldn't be used on my Friday and Sunday pleasure rides: it would be used for practical trips only; or, rather, trips for which I would have otherwise used the car. And I couldn't use any spare parts or buy anything new for the $20 Peugeot. My goal is to  have the odometer on the Garmin Edge reach 112 by the time National Bike Month is over. 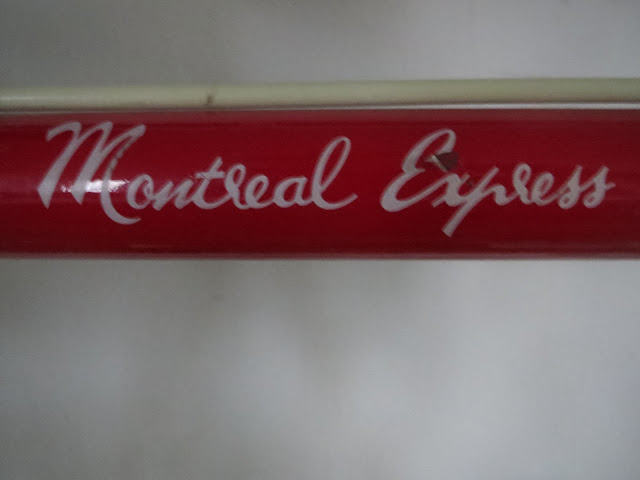 And I'm pleased to report I am already about a quarter of the way through my goal. Round trips to and from work pack on the most miles, but I've also done a trip to Fairway and another to Dinosaur BBQ (under the reasoning riding there would allow me some guilt-free consumption of their highly addictive garlic chipotle wings I crave fortnightly).

I also used it yesterday for the two-mile round trip to the Ferguson Library to attend a Reinventing Stamford meeting. One of the initiatives is a discussion of ways to make the city more bike friendly. I was the only one in the crowded room who had a bike helmet sitting before him. I was embarrassed for everybody else.

I'll keep you posted as to how the challenge goes. In the meantime, I hope you are giving your motorized transport a rest this week (and particularly Friday, which is National Bike to Work Day). Thanks for reading and thanks for riding.
Posted by Mike at 9:40 PM