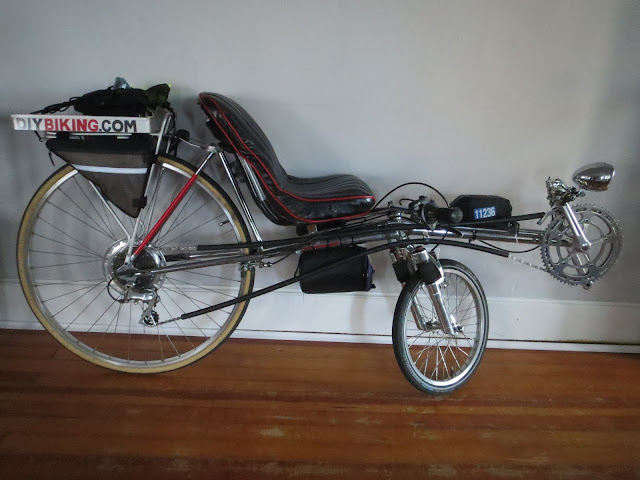 I needed to wake up at 4:15 this morning to get on the 5:03 train to Grand Central Terminal, so of course I woke up at 3:00. That did give me extra time to wrap up my Five Boro Bike Tour checklist, so there's that.

I spent a good chunk of yesterday making my bike stand up to the new Bike New York security regulations; put in place after the Boston Marathon bombing. The Even Better Bike Box is on hiatus and has been replaced by a 250 cubic inch aluminum clipboard I found in my basement. The lid has been insulated with rubber feet so it doesn't rattle, and not only does it fit this site name in the normal sized letters but it is roomy enough to accommodate at least one Zaro's oatmeal raisin cookie. And perhaps later, a slice of pizza. 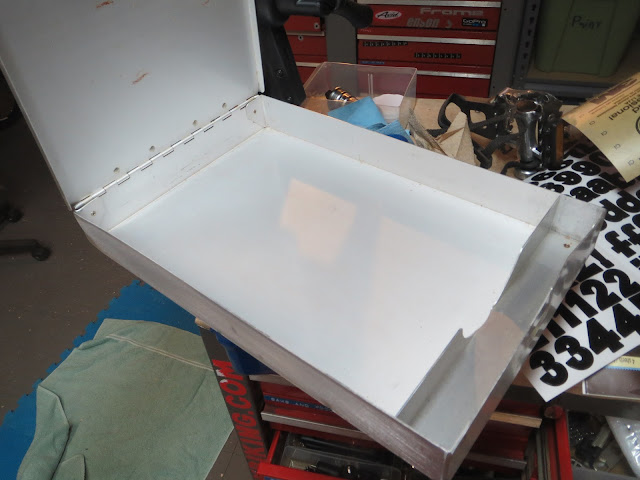 I also obeyed the new restrictions by using frame bags; two of them, actually: one mounted on either side of the frame. That might get a few glances but they are not panniers - they just look like panniers and are a bit small.

Permitted an underseat bag, I have one mounted under my seat as you can see, as well as a small top tube box. It's not in the photo but I also have a new helmet this year, as I bought one to replace the one the watermelon wore in Protect your Melon.

If you are riding in the Five Boro Bike Tour today, I hope I see you at the start or during the ride. If you are riding in or out of New York City today, I hope you have a lot of fun. It's Sunday; you don't need to commute and you can ride for its own sake, so log off and do that now...and if you're reading this on a smart phone while cycling, shame on you...and watch out for that wall!

Thanks for reading and thanks for riding.
Posted by Mike at 4:12 AM