My wife and I like to visit tag sales. It's a fairly inexpensive way to gamble, but instead of money, we gamble time (that could be better spent doing something more fun on a Saturday morning driving aimlessly and looking at badly-written tag sale signs. Note to tag sale organizers: legibility matters).

Even though we've done this enough times to improve our odds of winning - picking what we feel are the right neighborhoods and so forth - we strike out a lot of the time.

But one day, a few short months ago, we didn't.

As it happened I was taking her to a watercolor class with Annie Howell Adams at the Rowayton Arts Center and we noticed an estate sale sign. We had only a few minutes before class so we headed up to the house. Forced to park two streets away, we quickly split up and wandered throughout the house that was filled with others spinning the roulette wheel of tag sales in Connecticut.

And in the basement…I found this. 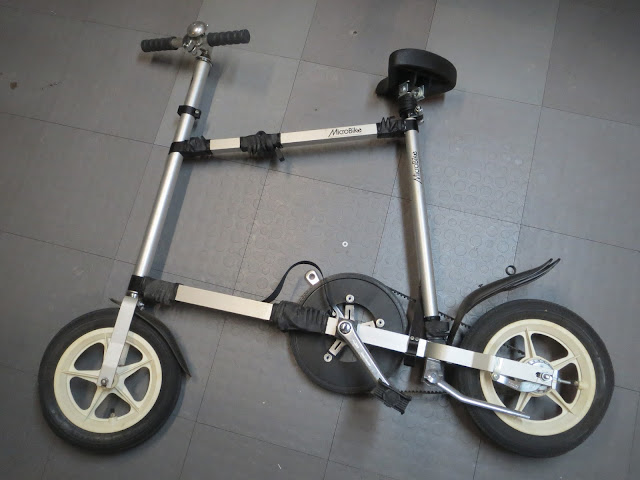 I didn't know what it was or how good a condition it was in, but I did know I had to have it. I rolled it on two flat tires to the stairs, carried it up easily, and paid for it at the card table in the front of the house. My wife, who normally meets the news of me bringing another bike into the house with disdain, was much too excited at her own discovery to mind: as it happened, she found several brushes, acrylic paint and even canvases - some of which she ended up using the same day. She headed happily to her class while I headed happily to my workshop to study my find: a Microbike. 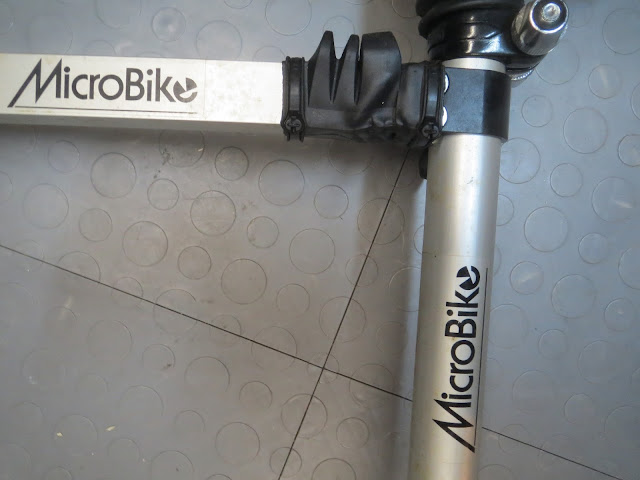 Aside from the A-Bike and the Mystery of South Norwalk, this was without a doubt one of the most unusual folding bikes I had ever come across. The wheels are 12 and 1/2 inches and has a belt instead of a chain. The folding mechanism is elegant and complex as it takes six hinges just to fold this little bike. 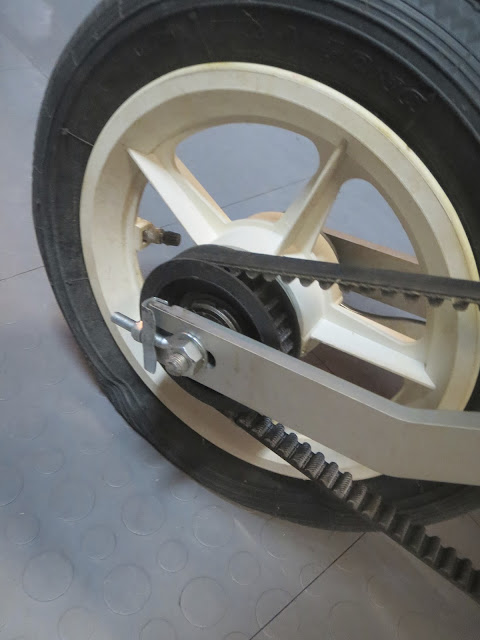 I was intrigued with my find…so much so, I wondered if I could find the 'instructions' the warning label on the frame alluded to. I did a little research and very quickly came across the Microbike web site and learned about the fascinating, too-brief history of my garage sale gold: Microbike was started in Sweden in 1986 and just when things started to pick up for the company, a bank crisis in Wallander country in 1992 punched a business-stopping hole in Microbike's financing - but not before about 16,000 of these little things were made.

But from the looks of things, Microbike may rise again. I contacted Sven, one of the original co-founders of Microbike He congratulated me on my find and confirmed that the bike was rare in the U.S. as only "a couple of hundred" were originally sold in this country. Unlike some folding bikes I've seen that simply fold for the sake of folding, the Microbike's design is made for people who want to take a bike on a bus or train, Sven explained.

Before mine could go on either one of those modes of transport, I needed to get it running again.

The bike may have been sitting in that Rowayton basement for two decades and time wasn't kind to the tires. 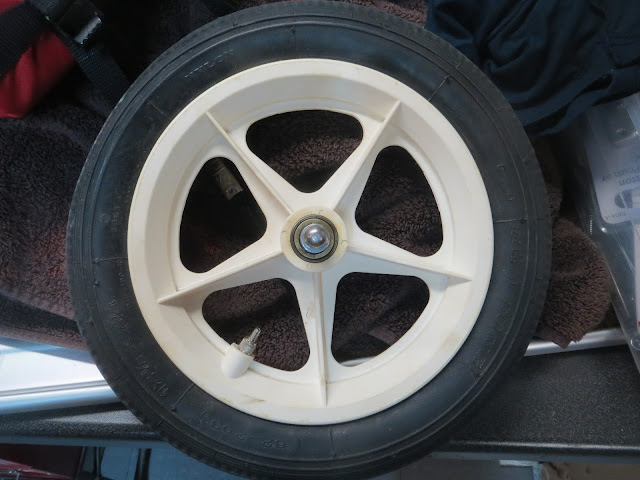 So I went to Danny's Cycles in Stamford and once again failed to stump them: they sold me the tires and the tubes I needed. I did have to wait briefly for their arrival as 12.5" isn't exactly a common size. 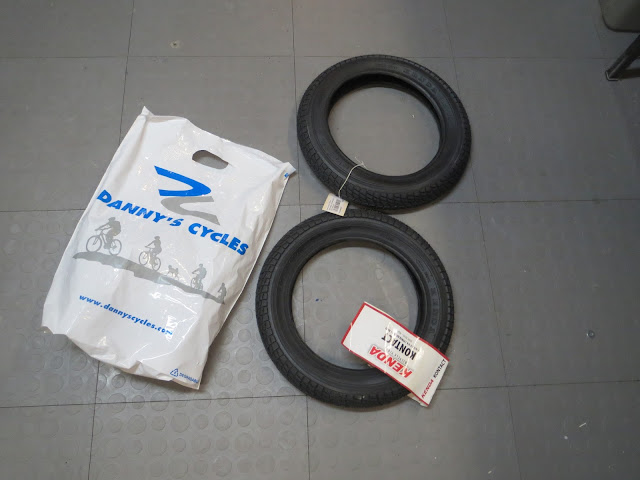 Once I got the tires changed and inflated, I sat on the bike and was surprised at how comfortable it was. I pedaled it across the floor and the belt made a peculiar scraping sound with each stroke.

At first I thought the belt was rendered permanently bent because it had been sitting so long, but Sven - who I had contacted again to inquire about where I could find a replacement belt - disagreed. Since he had designed the thing his opinion mattered more than my diagnosis.

I ended up removing the belt entirely…and that allowed me to see the crank had a wobble to it when I turned the pedals. I determined the spider or the crank itself was bent…until I removed both and found out - by placing both flat on a counter - neither was bent.

That meant the bottom bracket itself was bent and needed to be replaced. However, this one had been put in place with a very special tool that I did not have. Thankfully, another trip to Danny's Cycles - this time, with the bike - allowed the staff to find the right tool I needed…which just arrived very recently. I'll see what I can do with this bike tonight. Stay tuned. 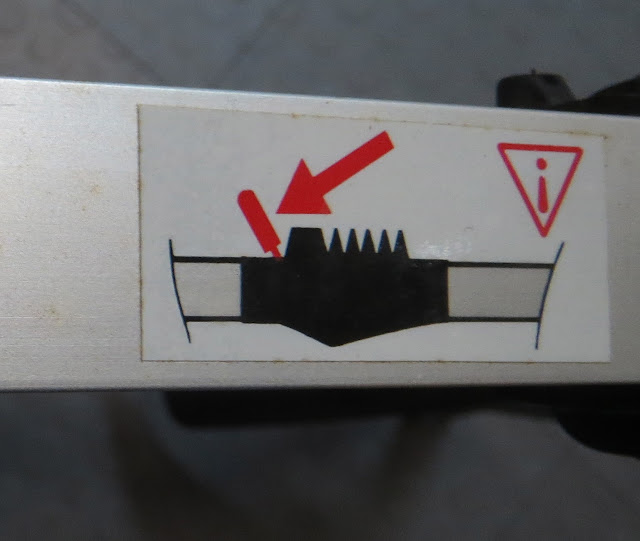