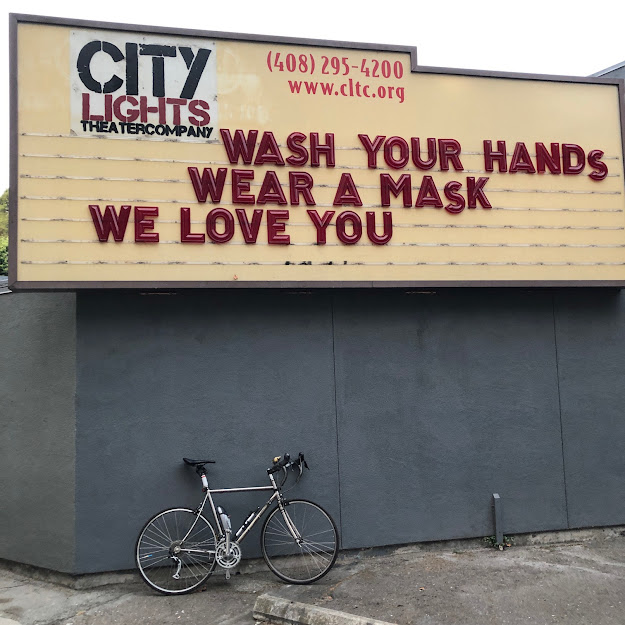 This morning, I checked PurpleAir.com - which is a thing that you do in California during fire season - and was happy to see that downtown San Jose had an AQI that seemed unlikely to kill me. I wore a decent quality n-95 anyway and took the Back to the Future bike for a spin. 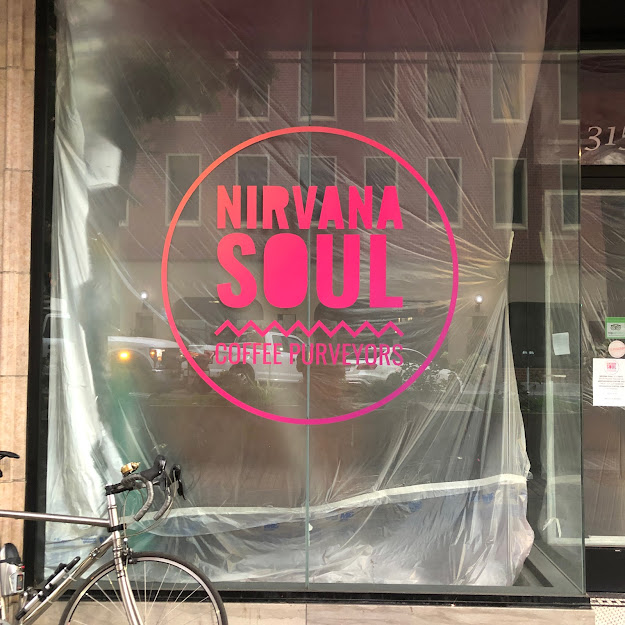 One of #MyNonprofits is San Jose Spotlight, and last week the reported two sisters are starting a new coffee shop called Nirvana Soul, where Cafe Frascati used to be. According to the article it will open later this month so keep a sharp eye and pack a handlebar cup holder.

On the way back, the sight of the sign at City Lights Theater Company - a nonprofit that the artist Cellista introduced me to - made me stop for another photo. Possibly an homage to the sign-off that Seth Meyers does at the end of A Closer Look when asking viewers to support City Harvest. It made me smile - and I made a small donation to City Lights Theater when I got home under a grey sky. 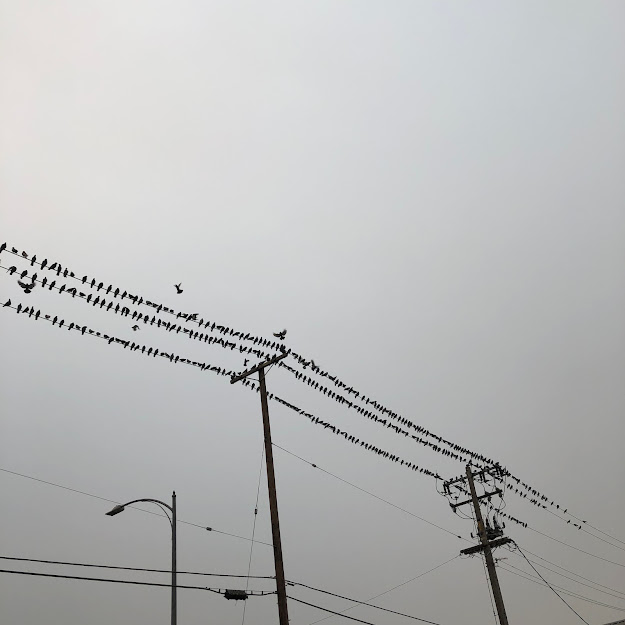 A lot of theaters are obviously closed temporarily because of COVID-19 but City Lights has a lot of shows online, a podcast, and is producing an online show on Friday evenings called The Next Stage. The words on their homepage include the stage is dark but the light's aren't out. Let's keep them on forever - and when COVID is over we'll jam a table at Nirvana Soul and stand in a crowded line at the box office.

That's all for the moment - hope you have a chance this week to find nonprofits that matter to you and tell the world about them. Thanks for reading and thanks for riding.