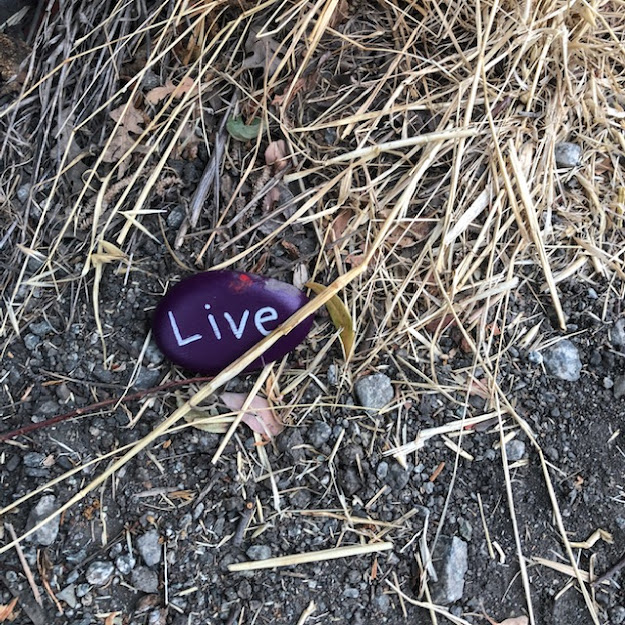 I've decided that I'll eventually compile all of the painted river rocks I've found on my walks in Santa Teresa County Park. I saw this one not too long ago and I read it as 'Live' as in 'live performances, live music'  but it probably meant 'Live' as in...'Live Free or Die' or 'Live Through This'...the album by Courtney Love's band, Hole, back in the early nineties.

Anyway, I probably read it that way because of a friend who commented that she misses museums, misses going to live shows, just...misses a physical interaction with people and culture. We all do, and we have to make sure these places are still there after COVID is gone.

Closing in on the bottom of #MyNonprofits list - hope you start at the top of yours, help some places out, and turn up some music.  Thanks for reading and thanks for riding.