Dear Scotland: A Cyclist Pleads for You to Stay With the UK 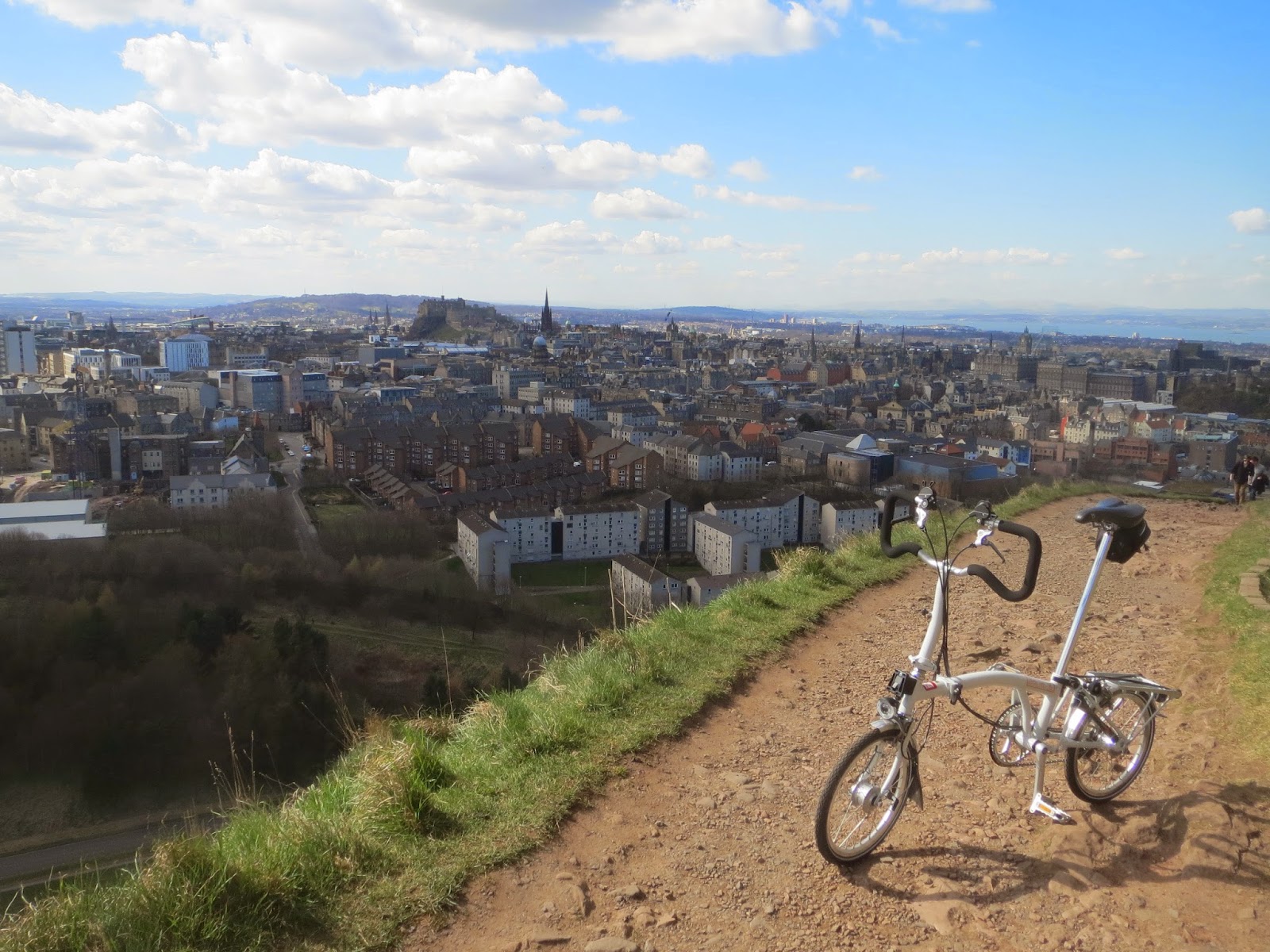 Hi, It's me. The American bike blogger you welcomed with open arms last year when I rented a Brompton and toured Edinburgh.

Let me start right off by saying: I love - and respect - Scotland. I never believed Mike Myers' assertion in So I Married An Axe Murderer that most Scottish food is based on a dare. I didn't laugh at Renton's anti-Scotland rant in Trainspotting. And I never, ever found Groundskeeper Willy from The Simpsons to be funny.

Well, maybe only a little. 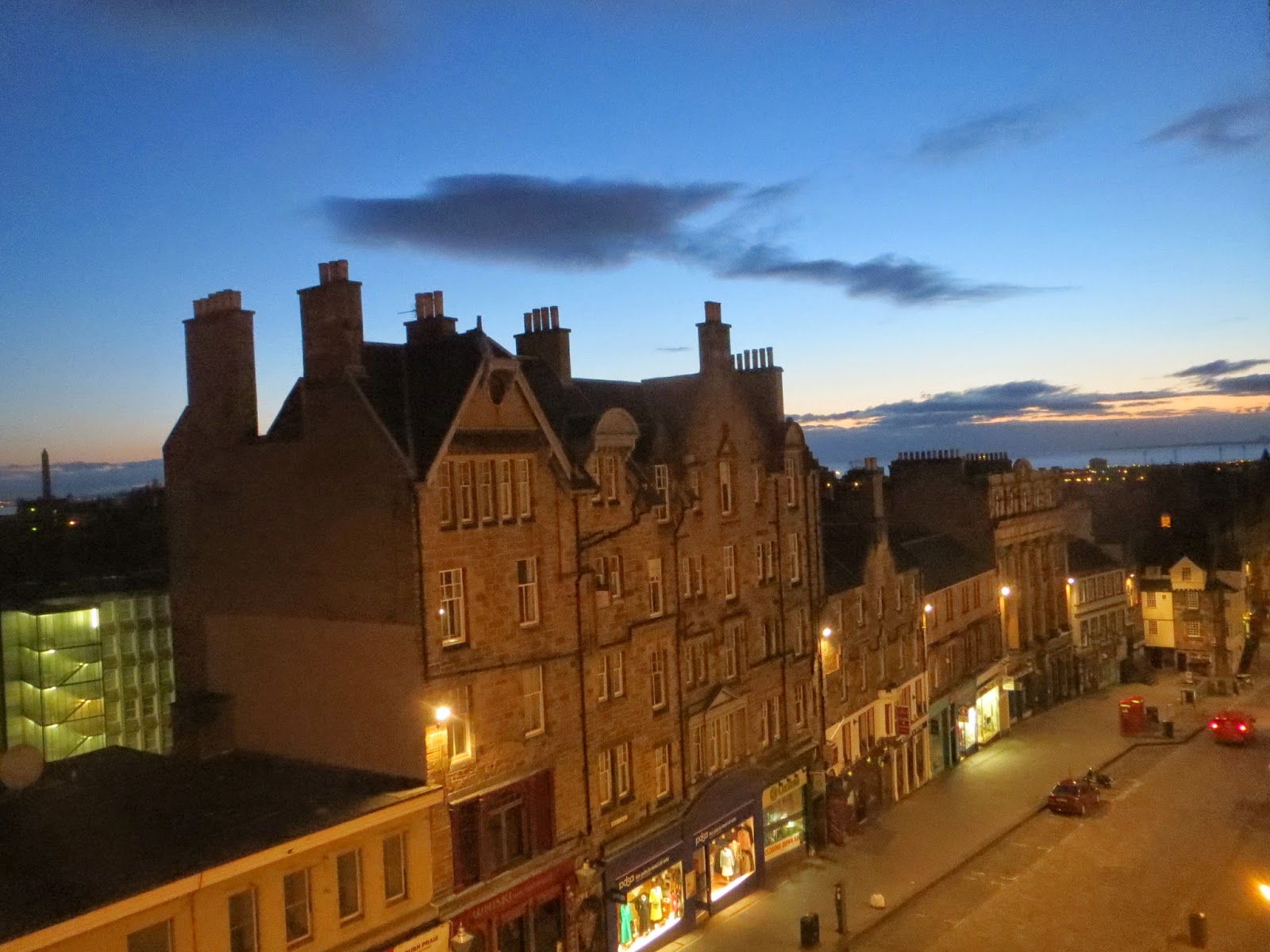 Now I can't speak for cyclists everywhere but I have to weigh in about the vote you're going to make tomorrow: I'm asking you to stay with those crazy and wonderful Brits.

Come on, it's a great match and you can do a lot worse than Britain: London's got Transport for London's Cycle Hire - a great bike share program worthy of study, they've got Top Gear, the English countryside is wonderful and you both share a  passion for cycling and…paradoxically…cobblestones. 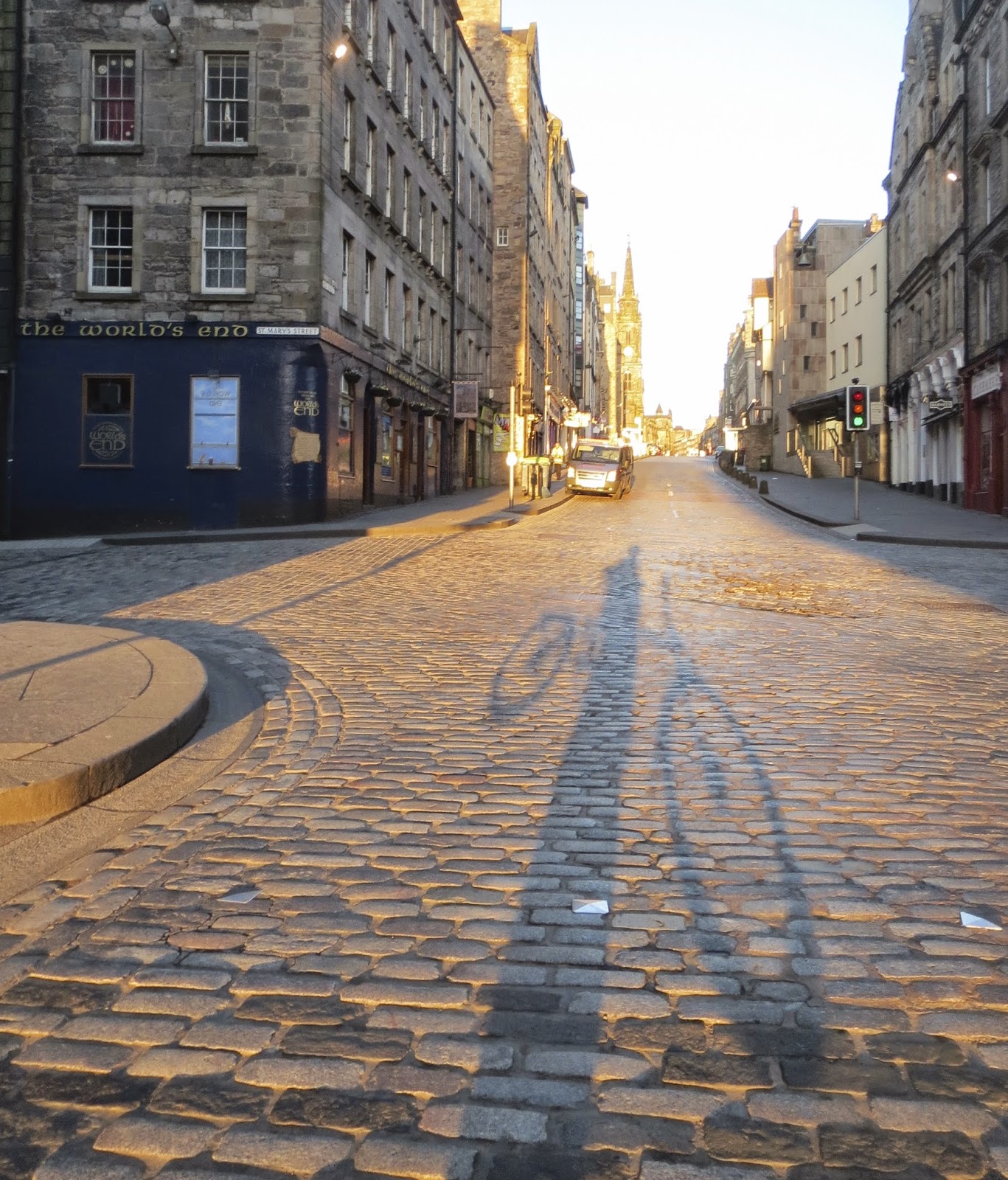 But here's my real issue: in addition to the children's book I want to publish I am trying to find an agent to help me sell Biking Cities, which will feature the cycling adventures I've done and bike culture observations I've made in cities around the world: Brazil, India, Great Britain, the Dominican Republic, Portugal, Spain, Canada, the U.S. - they all get at least one chapter.

If you guys go independent it will totally mess up my proposed table of contents. I can just see the agent telling me that I have to leave my Edinburgh trip on the cutting-room floor because of the circumstances. How is it going to look?

I read that if independence goes through it will take effect on March 24, 2016. If I find a publisher right away, I'll probably have the hardcover come out during this 'TBD' period and the paperback might come out after independence - which means I'd have to change the Edinburgh chapter or, even worse, write an 'afterword.' I'm sure I'll be too busy writing other things to take the time out and write an 'afterword' about Scotland.

You're worth more than an 'afterword.' After all, any city that has breathtaking castles (and a bagpiper playing the theme to Star Wars in a public square) is a city that deserves significant page space. 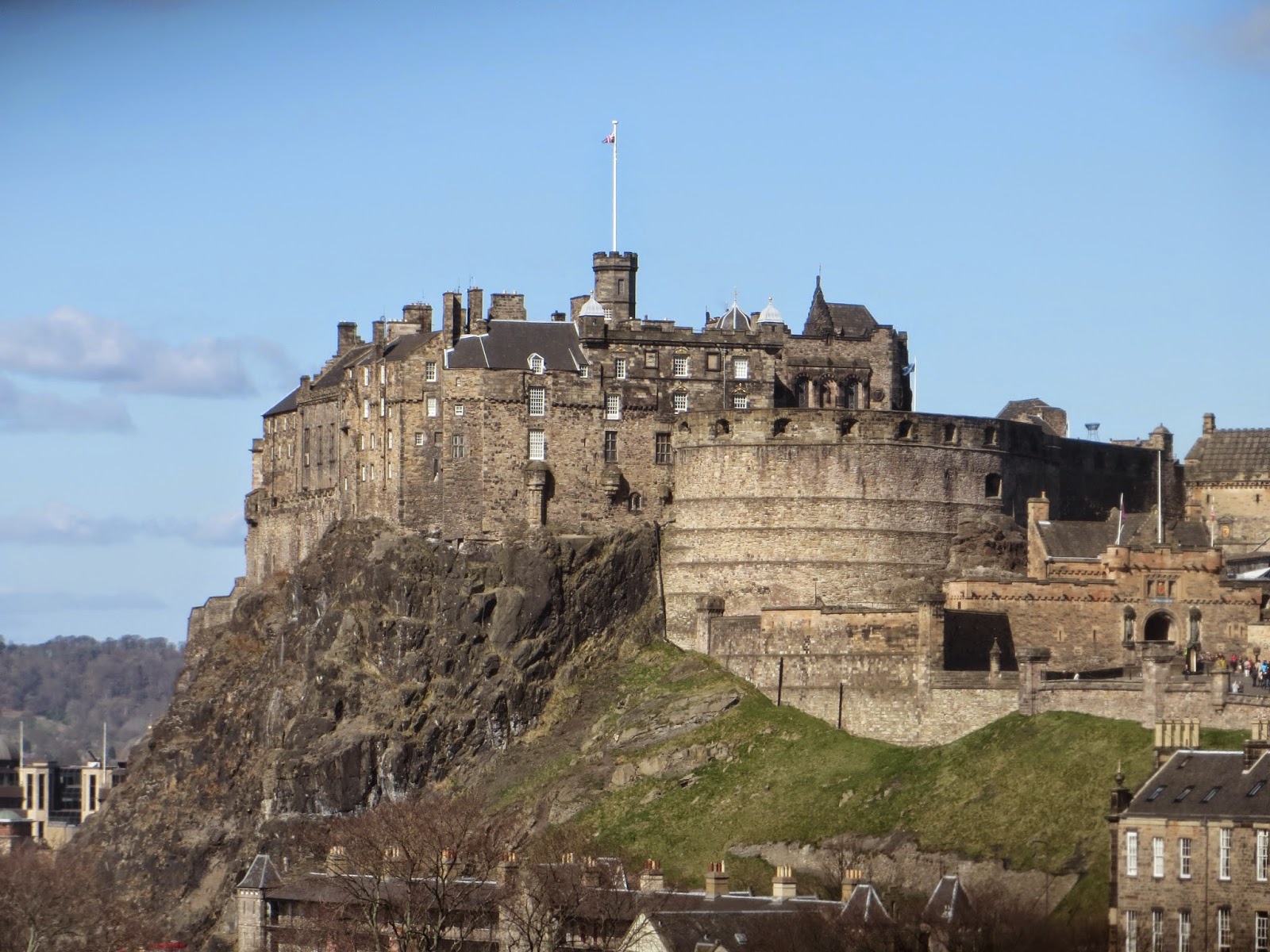 Prime Minister David Cameron is offering you incentives to stay united. I can't match what he's offering, but if you decide to stay with Great Britain and I get that book deal I'll be sure to add a special section about riding in Edinburgh - and will even lobby the book designer to use this image as the cover. 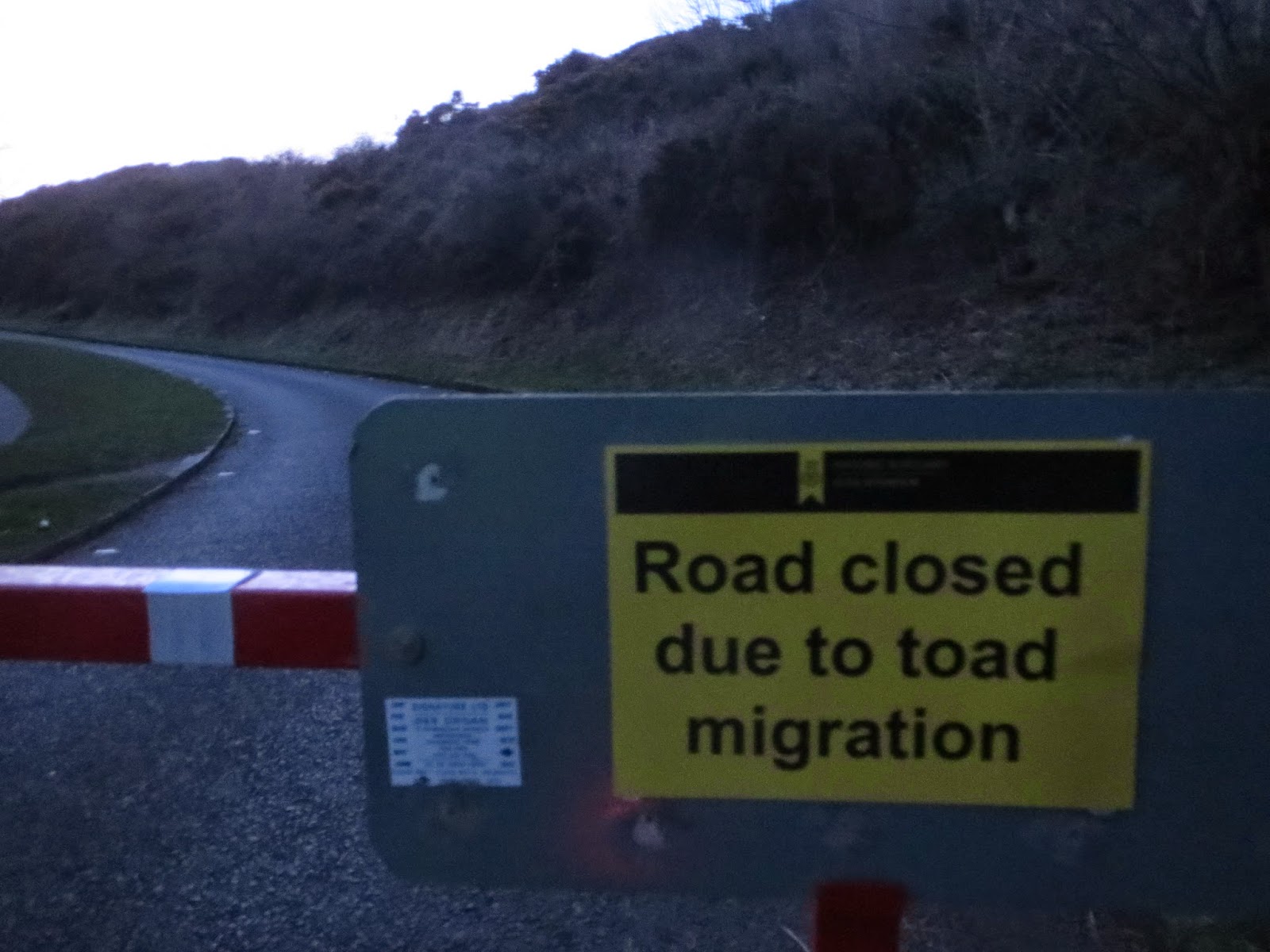 Oh, wait: that's the sign I saw blocking the road to Holyrood Park when I went riding before sunup. I carried the Brompton past the sign and eventually saw the sun rising over Edinburgh - and that's the picture I'd lobby to use as a book cover. 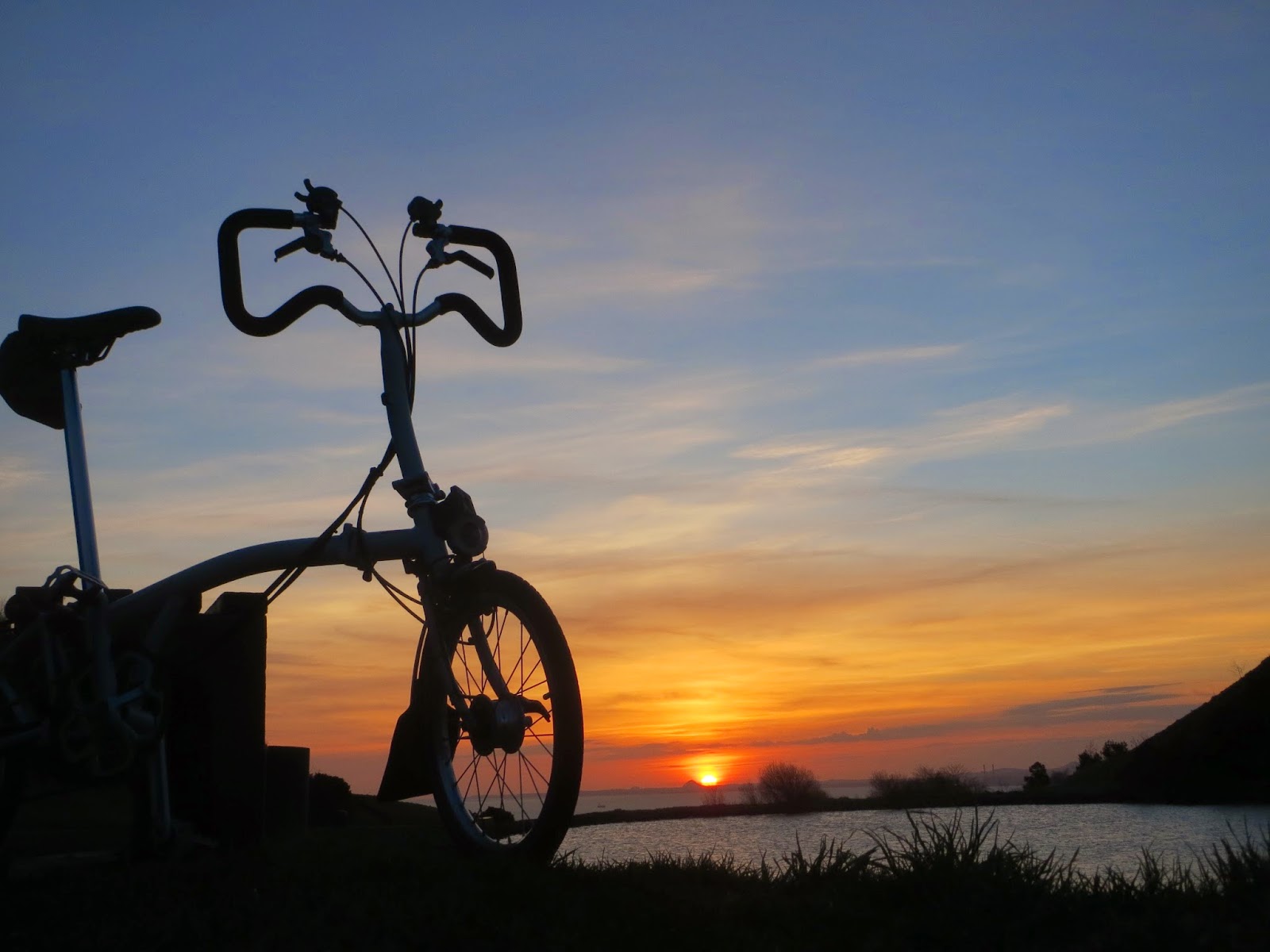 Now there's more to think about here other than my book project, I admit. There are a lot of worries if you go independent. For starters, does that mean the London-made Blaze bike light now has to be imported to Scotland instead of shipped? Must you make it harder for Scottish cyclists to be safer and for Scottish cats to be entertained? Will domain names need to change from '.co.uk' to…'.tbd?'  Will you start having to listen to crazy constituents who want Scotland to start driving on the other side of the road just for spite? And will British citizens need a passport when they want to visit the Loch Ness Monster?

See: you never really stopped to think about these things, did you?

There are other unknown dangers involved with independence. If the graphic I saw on Monday night's NBC Nightly News story is to be believed, banks will move back to Great Britain and Scotland will crack off and drift into the ocean. Equally unsettling: CNN's graphic indicates there is a giant pair of scissors floating just offshore to east - in the open position.

I'm not sure if those are real dangers or lost artists working in graphics departments, but either way you've got another reason why you should do the right thing and stay united - cobblestones and all.

There you have it. Stay with Great Britain. I hope when I find you on Friday morning you will have remained the outstanding cycling destination that you are - and, just as important, I won't have to learn a new country's quirks. 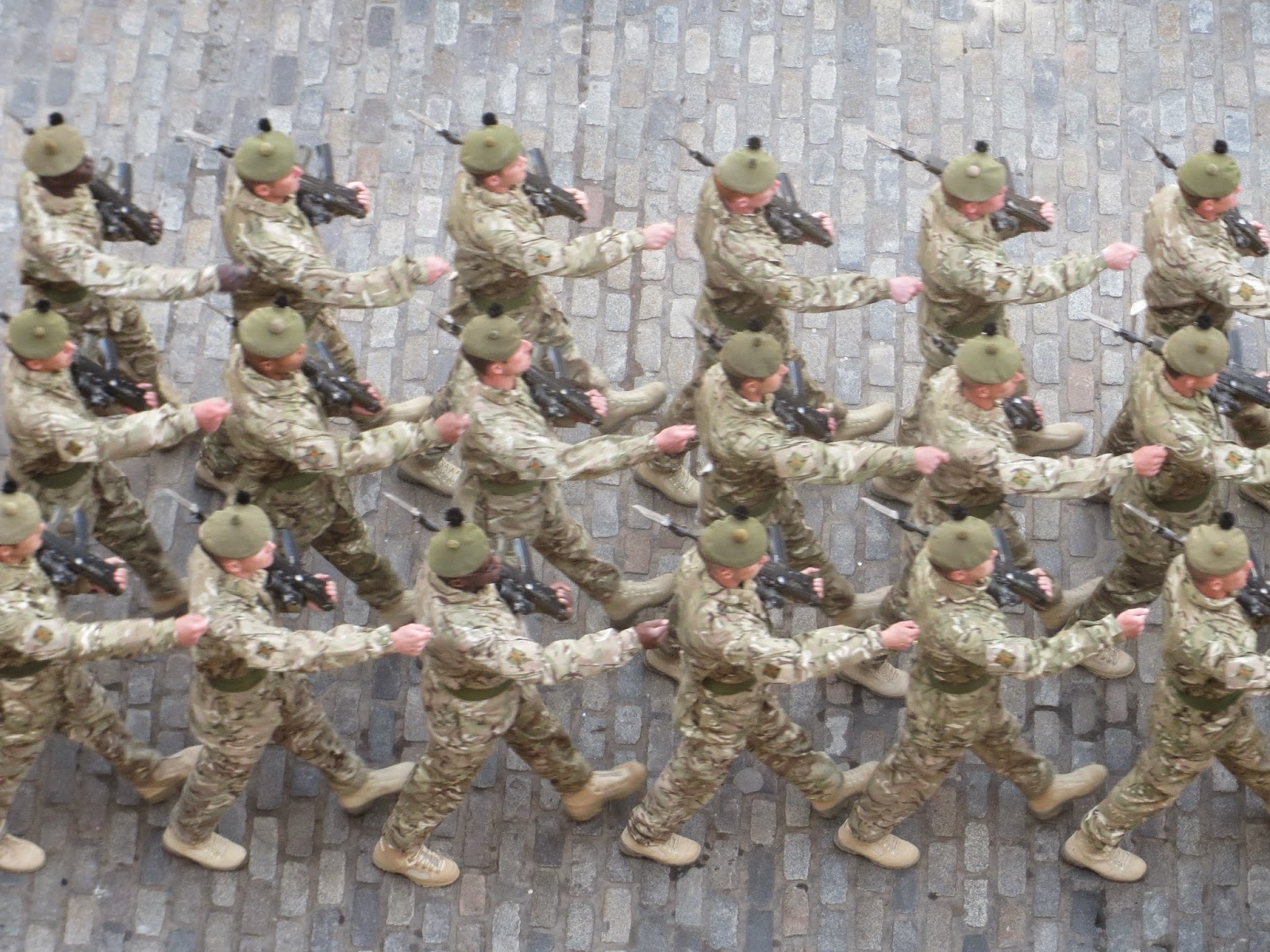 This is a picture I took leaning out the window of the Raddison Blu the day I returned the Brompton, only hours before my wife and I were due to leave. I was told they were soldiers who had just returned from Afghanistan. I was in awe of how perfectly they marched.