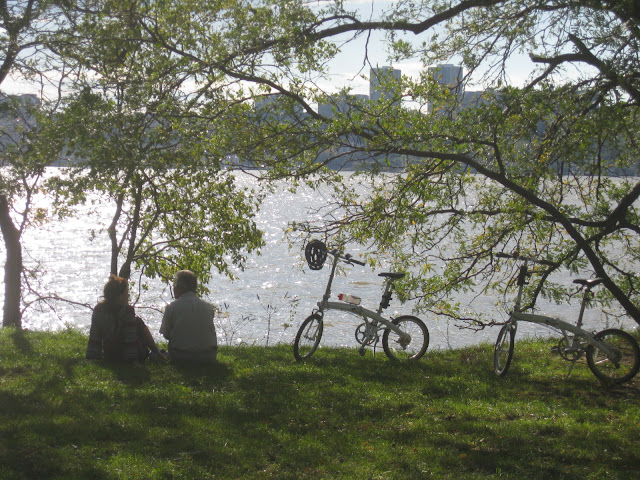 Welcome to Folding Bike Week 2012! The second-annual weeklong celebration that is not to be confused with Shark Week, which also, by sheer coincidence, is this week. However, sharks and folding bikes do have a lot in common: they are cool, completely misunderstood, have been around a long time, may bite if you don't respect them and aren't often found on land.

I'm not suggesting we'll find folding bikes in the water, but there are times you have to work really hard to spot one on the roads. Scrolling through the thousands of pictures I took over the past year I only found a small number of folding bikes, including this gem I saw on my trip to Boston. 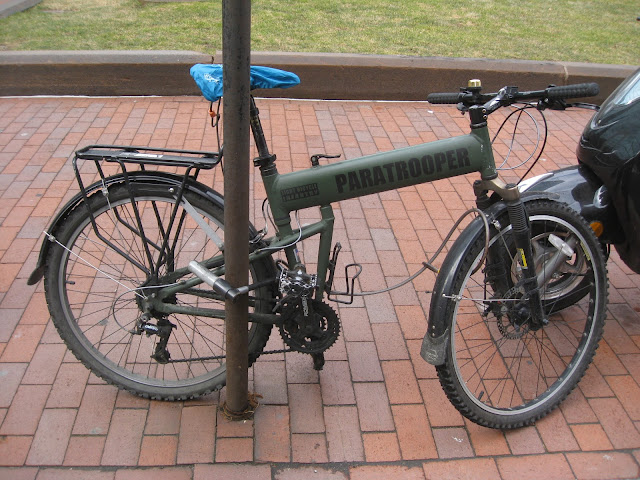 Just look at it. It's a folding bike equivalent of a camouflage-painted pickup truck with jumbo tires and a gun rack in the back window...yet it oozes urban confidence. It even has a plastic bag on the seat; part of the credentials of a great city bike – or maybe he just wanted to hide his Brooks saddle.

Other than that, the sightings have been rather limited, and I am always on the lookout for unusual folding bikes. I took a picture of this elegant-looking one in Manhattan in the fall of 2011, somewhere near Grand Central Terminal. 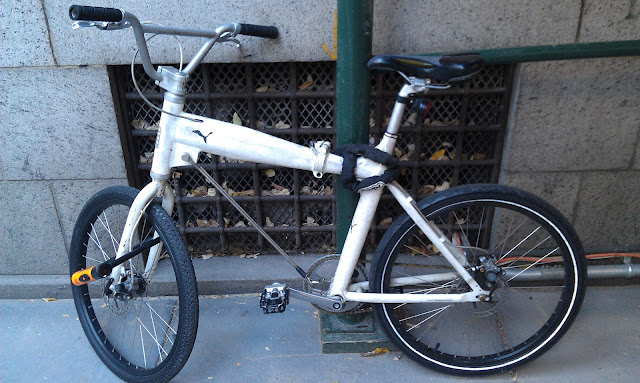 More than six months later, on a completely unrelated trip, I watched in awe as the Space Shuttle Enterprise was being lowered onto the deck of the Intrepid Museum... 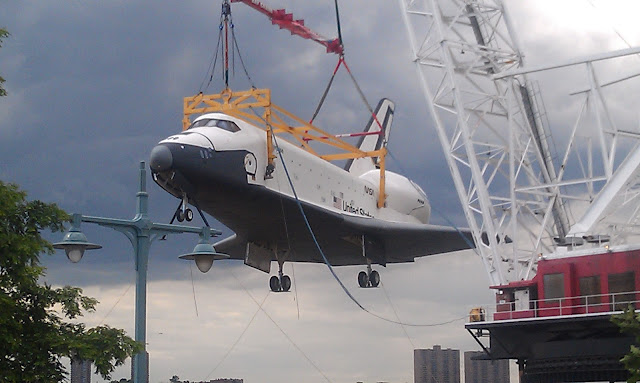 ...and on the way back I saw an unusual folding bike on the Hudson River Greenway. Since I still had my cell phone camera out I took a quick photograph. 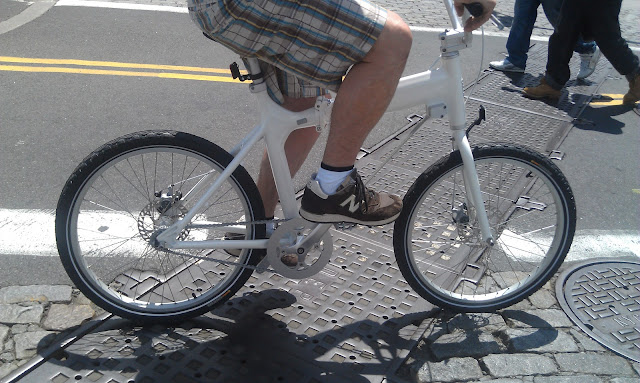 It wasn't until much later, when going through cell phone pictures, that I had defied all mathematical probability and had, almost certainly, taken a picture of the same bike two different times; like Harry running into Sally in five-year increments. It's a fascinating looking bike and I wish I knew what it was. If you or someone you know owns this folding bike, please step forward as I want to know what it is and/or how much you want for it.

In fact, I'd like everyone who owns a folding bike to step forward, for this is your week. Tell your folding bike story and get more people to understand our passion for bikes that are hinged somewhere in the middle third. Talk about what you own, where you go, exchange folding bike facts on Twitter at #foldingbikeweek, and check back with DIYBIKING.COM all week for folding bike fun.

Choose to be touched by Folding Bike Week.