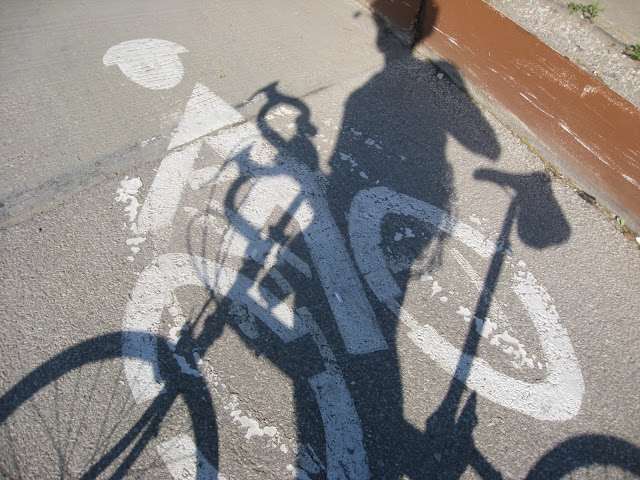 It was last summer, during the height of Folding Bike Week 2011, that I purchased a Bike Friday New World Tourist.

And I didn't write about it.

By introducing the New World Tourist on a random trip to Boston last fall, I had committed the blog equivalent of switching Dick York to Dick Sargent in the middle of Bewitched. However, I promised to save the details of that purchase for Folding Bike Week 2012, and I'm keeping my word.

I almost bought the bike unexpectedly. I had been saving to buy a Brompton almost 90% of the time I was socking money away, but in the final months, I became conflicted. 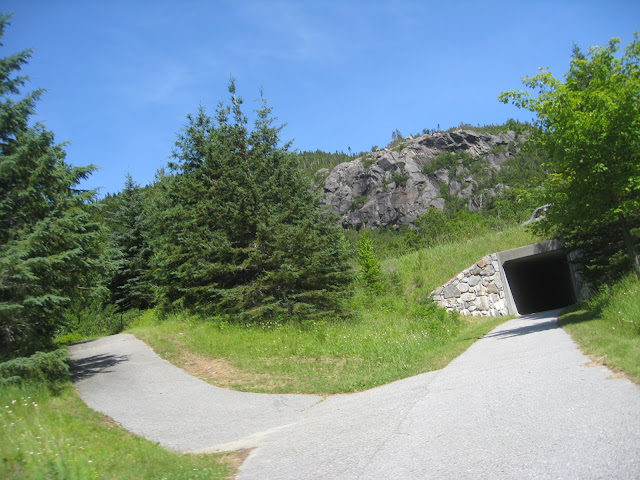 If I was a sophisticated marketer I would have written about the savings goal a la Two Broke Girls, and if I wanted to shoot for the cover of Advertising Age I would have divided DIYBIKING.COM readers into two T-shirt slogan-ready 'Team Bike Friday' and 'Team Brompton' camps – a folding bike equivalent of a 'Team Edward' and 'Team...Guy-Who-Is-Not Called Edward' from the Twilight series.

In the end, I kept the conflict to myself. I knew a Brompton would fold easier and neater than a New World Tourist, but I knew I'd only fold and unfold the bike half a dozen or so times a year; the long distance travel credentials were more important than everyday convenience. I also knew that any kind of long haul travel bike needed to have parts I could find anywhere and share components with the rest of my fleet if need be. So I bought a used 1998 New World Tourist instead of a Brompton, but I still wish I could have chosen both: if there were a few more numbers on my paystub I'd have a Brompton on general principles (more on that in another post).

But there was a lot of excitement around getting this particular Bike Friday. I found it particularly attractive that the bike – which had a wheel upgrade years earlier - not only came with an airline-ready case (which the previous owner simply taped shut and slapped a UPS label on) but a bunch of additional parts: the original wheels, tires and brakes, as well as the original owner's manual, a VHS tape and assorted tools – which arrived later in another box. 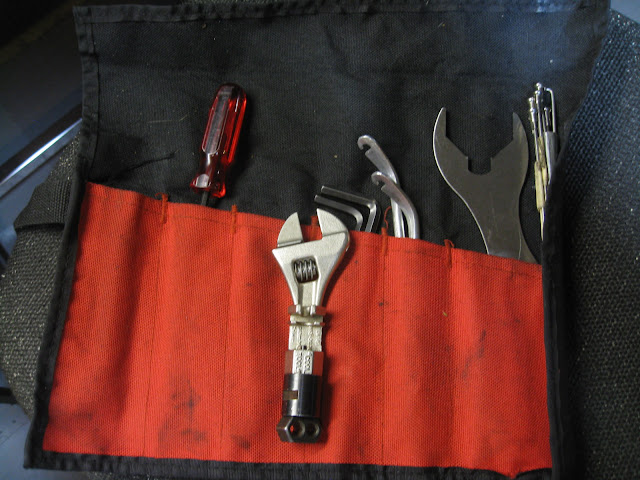 The most difficult challenge I faced during the first day after I brought my new purchase home was remembering where I had put my VCR. After rummaging a few boxes, I found it and hooked it up to my $5 tag sale television. Though a little grainy, the narrator on the eleven-year-old tape congratulated me for buying a Bike Friday, which produces 'a line of comfortable bikes with nothing to be ashamed of.'

There's a technical term for that. Ah, yes: brilliant.

After several minutes of watching glowing testimonials and reminicing about how hairstyles looked in the 1990s, I set to work assembling my bike. I first unfolded the main body and seatmast and set it on the workbench. 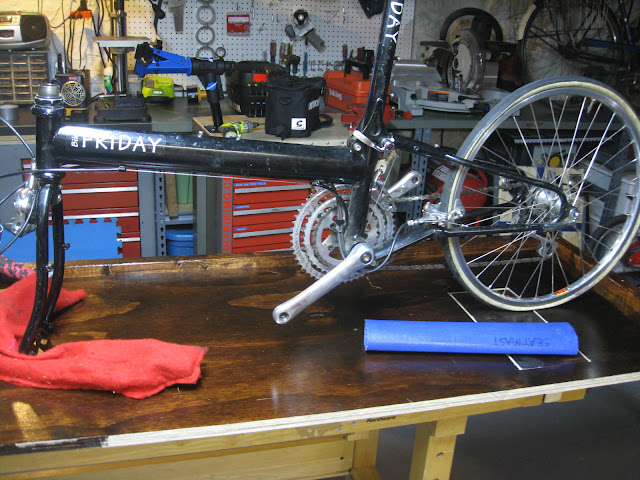 I did take several minutes to assemble, but I also thought the bike might need and endless series of adjustments to make the chain and shifters work properly. But they worked fine, and the rear wheel turned easily. I put the rear rack on, added a seatpost bag and a bracket for my Garmin Edge GPS. I set the bike on the floor, and despite the old tires and ugly handlebar tape (both would be replaced later) it really was a pretty good looking bike. 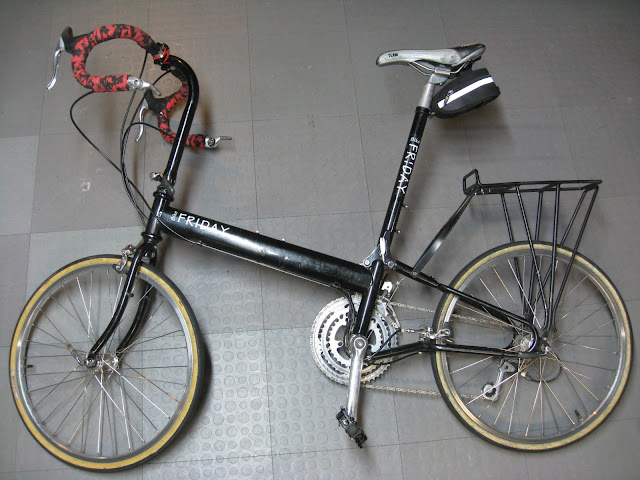 Since I was new to this whole Presta valve thing, I didn't have a pump, so I inflated the tires with a CO2 inflator, and made a note to myself to buy a Presta valve pump (and I would later regret buying a cheap one). I also added a DIYBIKING.COM branded bike box before setting off early one morning on a test ride to answer one question: how good of a folding bike is this? 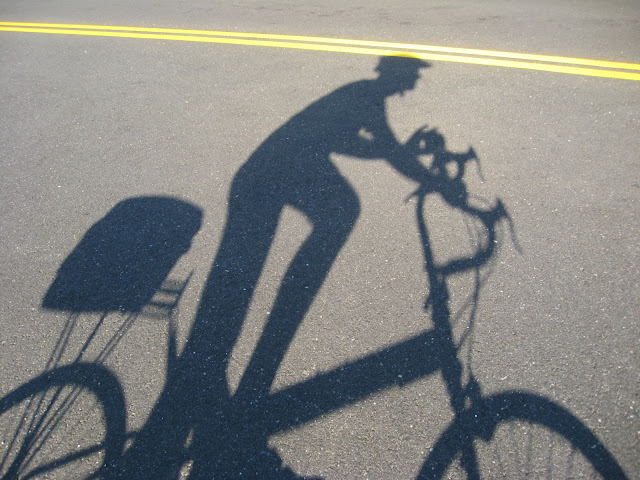 The big adjustment was the U-shaped handelbars. Save for the ones that showed up on a few Saved from the Scrapheap bikes, I had very limited experience with them. The old-school shifters on the ends of the bars had something to be desired too: I found that I could ride with my hands in a comfortable position. I found I could ride with my fingers near the shifters. I also found I could ride with my hands at the brakes. I just couldn't do all three of those things at the same time. Thankfully, I got used to it, and as a chronic overshifter I found that having the levers where they were kept me from clicking too much into a new gear for no reason.

The bike was fast. The seat was surprisingly comfortable. The steel frame did a decent job absorbing some of the bumps. Crossing the train tracks the pass diagnally across Rt. 106 was a little intimidating because of the small wheels – until I remembered the recumbent's front wheel is even smaller than these.

After riding into New Canaan, I sat at my favorite coffee shop and thought awhile. Ten miles into the trip and I realized that all of my criticisms of the New World Tourist had to do with things that had nothing to do with the fact it was a folding bike: the unfamiliar handlebars, brakes, shifters, riding position and the Presta valves were all common road bike issues. The small tires and strange looking frame wasn't an issue at all; the bike feels solid and fast. Even though folding it into its case involved a little bit of time and some special tools, it looked like it was ready for travel. And it was: already it has been to Boston, Orlando, New York, Cleveland, Stamford (naturally) and Santo Domingo. And here's something: the wheelbase is so small, I can fit the bike, standing up, in the back of my Honda Element and bungee it to the wall, with no need to remove a wheel or use my homemade Honda Element bike rack. And because of the low top tube, it is easy to get on and off of it: a guy in his sixties I saw riding one in Massachusetts said that was part of the reason he was using his Bike Friday everyday. 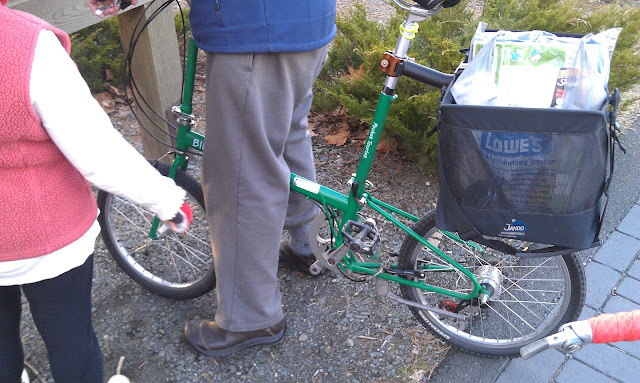 I don't name my bikes (you know, so death can't find them) but I bonded with this one in a strange way. When I discovered I couldn't bring it on my trips to Britain and India, I hung it on a hook in my shop and apologized to it. “I'll bring you next time, I swear.”

Later, when I was picking up my Five Boro Bike Tour rider number at Bike Expo New York I ran into the Bike Friday booth, and even saw the newest New World Tourist and some of their other rides. I thought that the 1998 model I bought was good, but today's version looks even better, so if you're looking for a reliable long haul travel bike and don't mind taking more than 10 minutes to (correctly) fold it into the suitcase, check out Bike Friday any day of the week. 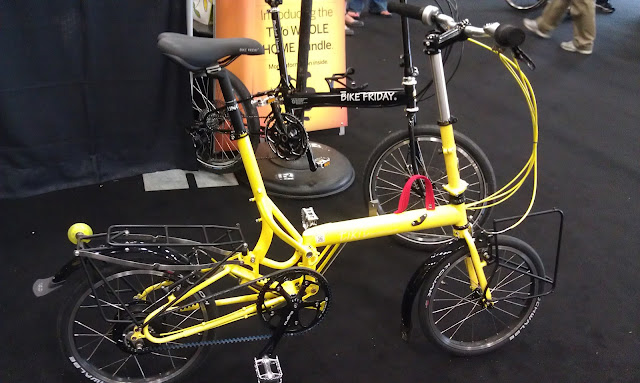