Far from the chain store droppings along Rt. 1 in Norwalk lies the neighborhood of Rowayton. If you want to bring your bike there on Metro North just get off at the Rowayton station (between Darien and South Norwalk). 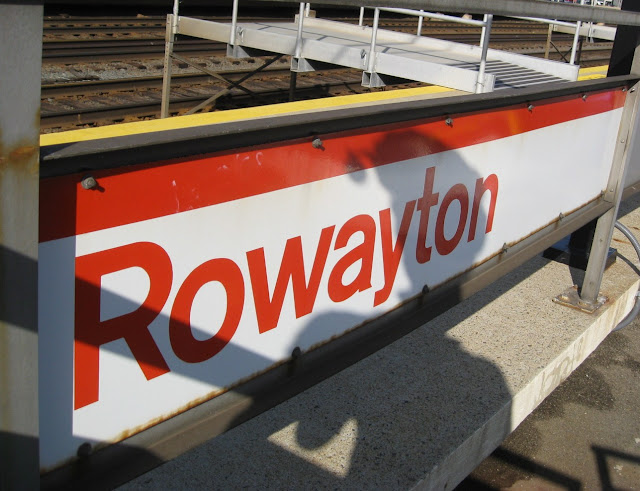 If you live in Stamford, just pedal seven miles and forgo the train. I had decided to use the recumbent for this trip rather than the Dahon Matrix, so I biked to the station and snapped the above picture.

Because I rode along Old Kings Highway (after it had split off from Rt. 1 in Darien) I got to see tax dollars at work along I-95 in the form of the sound barrier, which is quite effective. 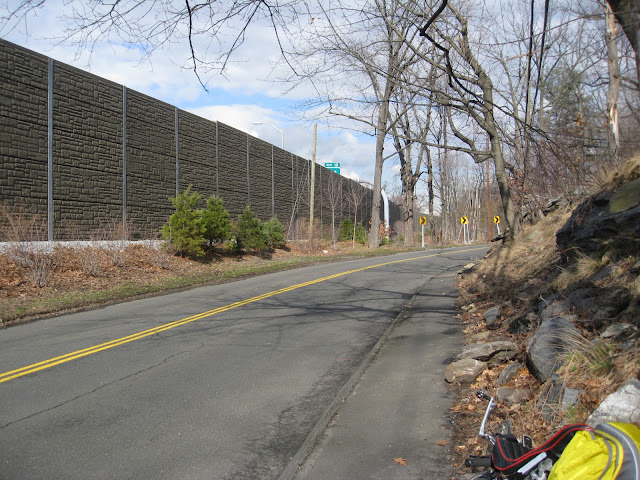 You can also see some nice houses, but as you ride you get the sense that some of the places just aren't loved quite like they used to be. 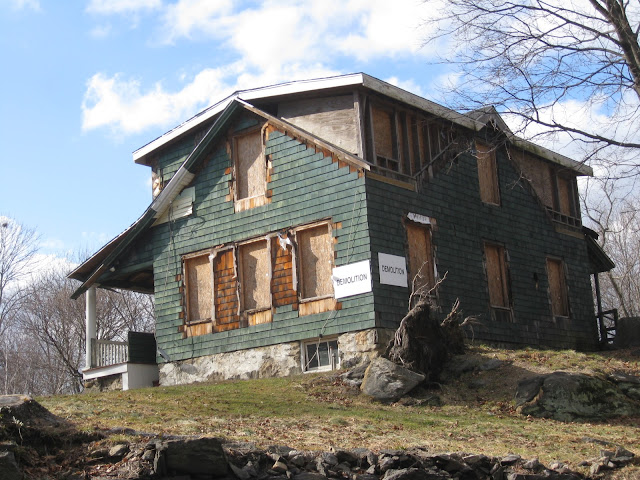 If you start at the Rowayton railway station, make your way to town by Rowayton Avenue, which, if you turn left at the traffic light, you'll find yourself on Rt. 136 near this church (about a half mile). 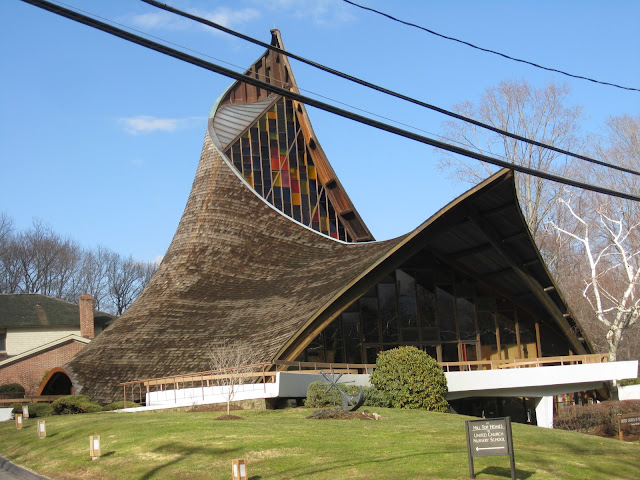 I know absolutely nothing about this church, other than if you know where it is and are giving directions on how to get there to someone, you'll conclude your instructions with the phrase "you can't miss it."

Keep pedaling and keep the church on your left, and in barely another 1/10 of a mile you come to Pinkney Park, which is very important to my wife and I because every year we make a point to support Shakespeare on the Sound, which is a free outdoor performance of one of Shakespeare's plays. Much Ado About Nothing starts in June, in case you're interested. Due to the cloud cover, I couldn't get a decent picture of the space where the play is performed. 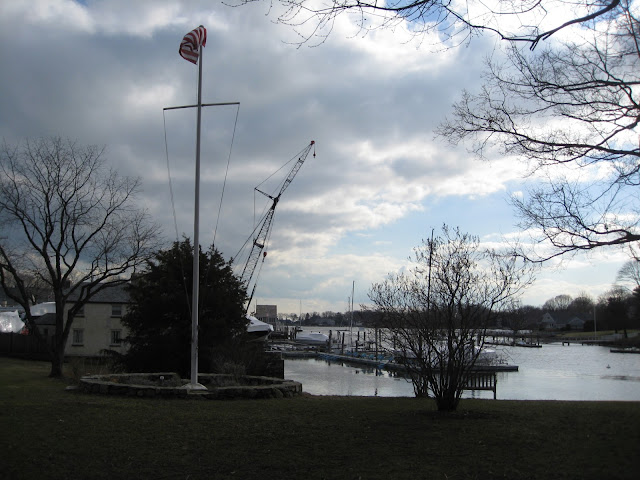 Just beyond Pinkney Park is the Rowayton Market.  If you go to see Shakespeare on the Sound, you pretty much have to go here for some fine sandwiches, baked goods and related picnic provisions. 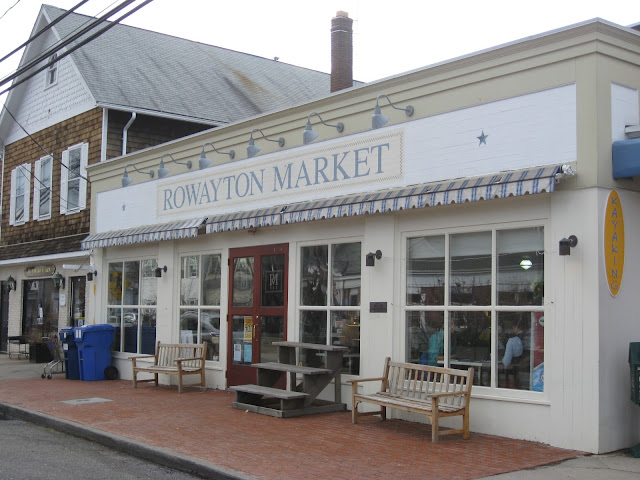 Though I could have locked the bike to one of the benches, I continued another half-mile down the road to Brendan's. I wanted (and got) an ice cream, but Brendan's sells much more than just ice cream and is another great "you can't miss it" location in Rowayton. 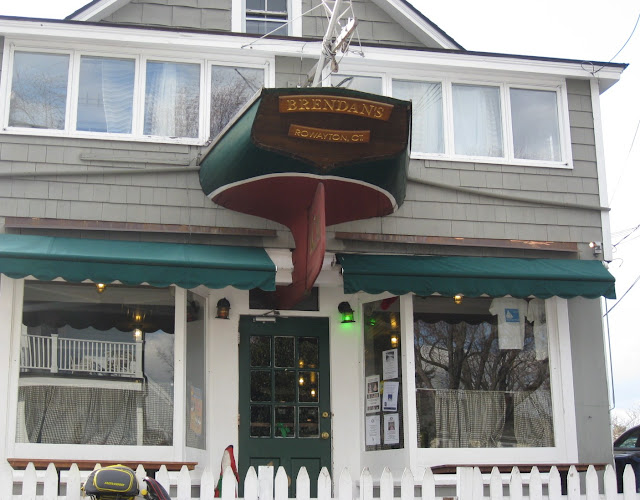 If the picnic benches (which are just behind the white picket fence and the bike) are full, as they tend to be in the on-season, you can take your cup of ice cream and walk over to the beach. 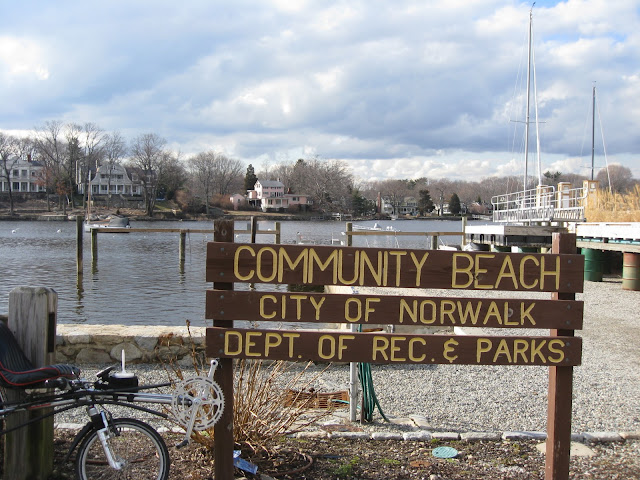 It was a great place to be that day. Since it was March, the whole area seemed filled with boats that were Saran-Wrapped for the season but the plastic was beginning to tear and rip away - as if the boats themselves are trying to shed their winter coats.Some dinghys were out on the water already, though: 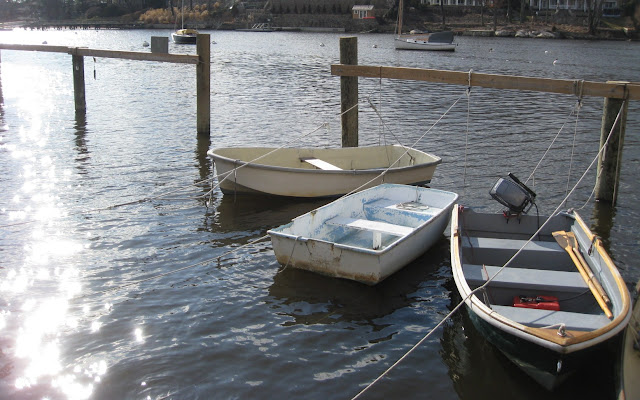 Unable to finish my ice cream (which wasn't melting as fast as it would had I come in the summer) I decided to finish it later and continue riding. Had I planned ahead, I would have used a miniature bungee cord to hold the ice cream in place so I could continue eating it while continuing down Rowayton Avenue. 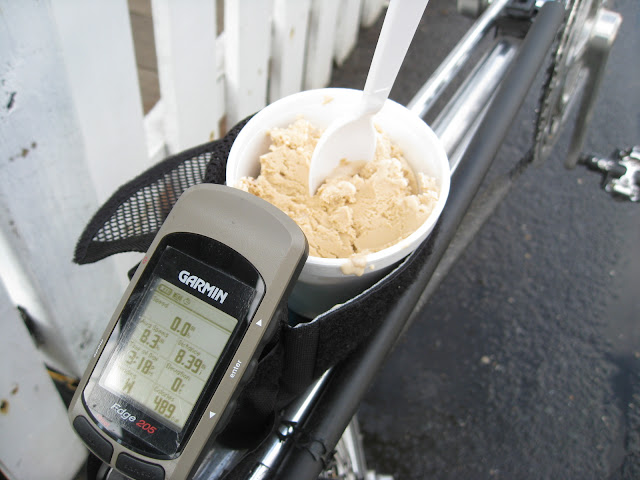 Off the end of Rowayton Avenue, the roads get narrow and there are speedbumps, but if you ride respectfully as you meander around the neighborhood, residents will smile and wave as you pass (at least if you're riding a museum piece). 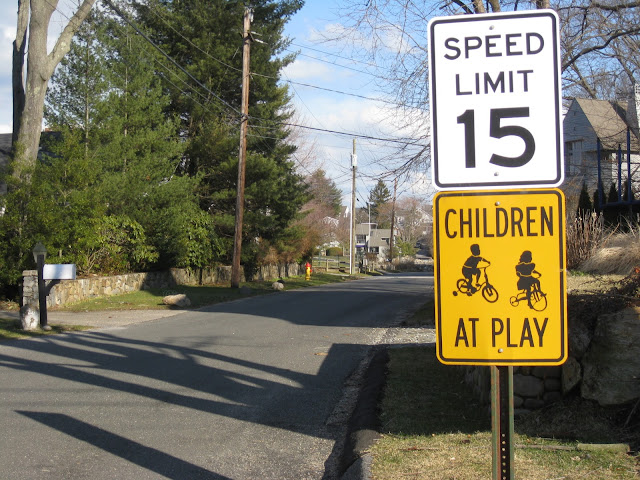 I pedalled up to the Wee Burn Country Club, past the Bayley Beach Park, and came to a deserted beach that had a nice view of Long Island Sound. 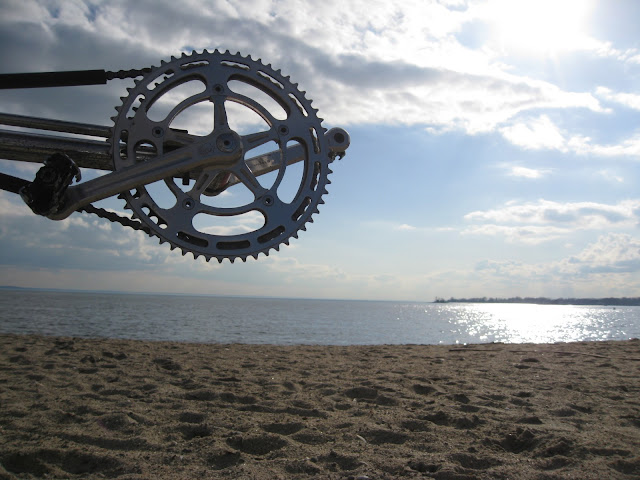 I ate the rest of my ice cream while at the beach, where I could see a lighthouse whose name I did not know. 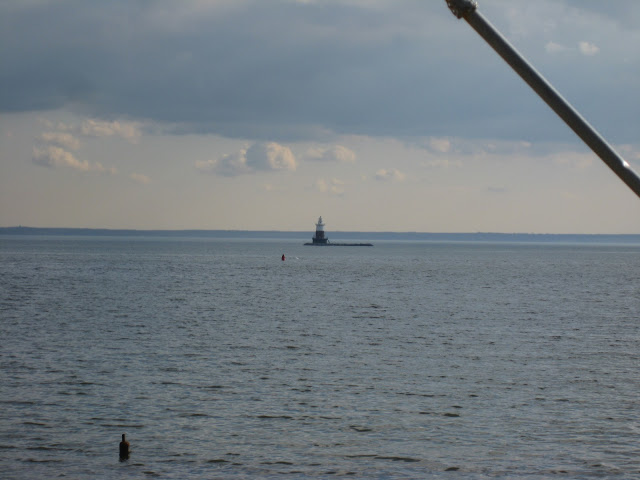 I stowed the now empty ice cream container in my panniers and kept riding. Soon, I came to a pair of Adirondack chairs at the corner of Ensign and Crescent. 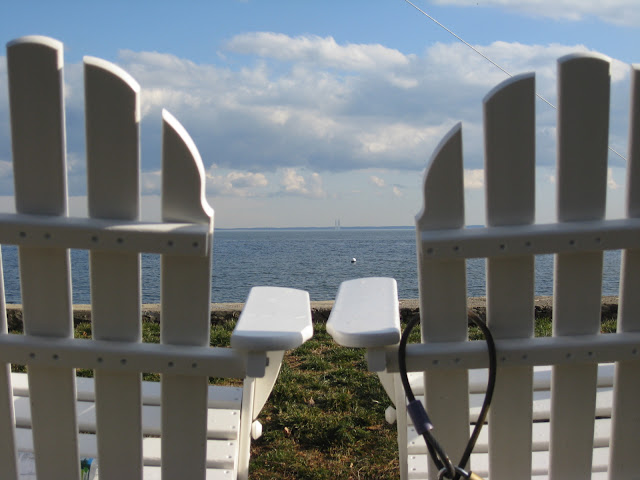 Wanting to ride home with as few cell phone-weilding motorists as possible, I headed home around four in the afternoon. I suppose that is one big advantage of taking a Dahon Matrix on trips like this: I could have rode less than a mile to the Rowayton station and caught the next train to Stamford (where it's just 1.76 miles from there to my house), but instead I rode along Rt. 1 and took a left on Weed Avenue, which runs along Holly Pond. 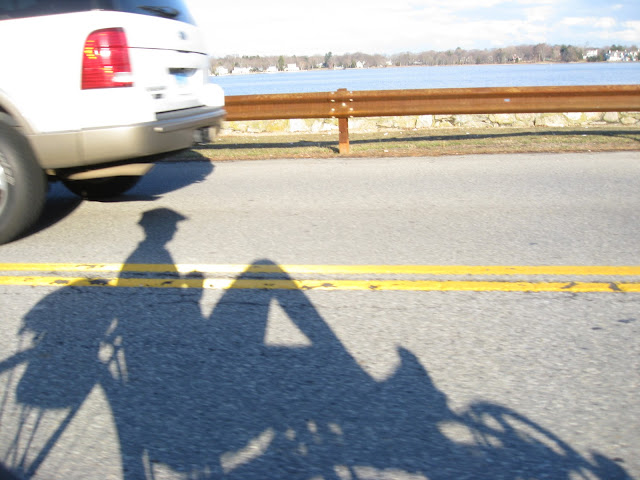 It was a fun trip, and whether you ride the whole way there or use the train, enjoy Rowayton.