Dreamin' of Spring and the Five Boro Bike Tour 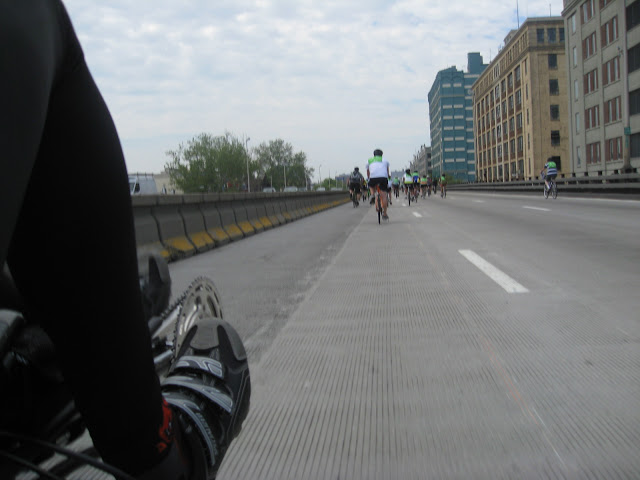 I did something important back in late 2004: I visted www.bikenewyork.org and learned about the Five Boro Bike Tour. It's not a race, but rather a 42 mile long ride through all five boroughs of New York City with 30,000 or so other cyclists and no car traffic. 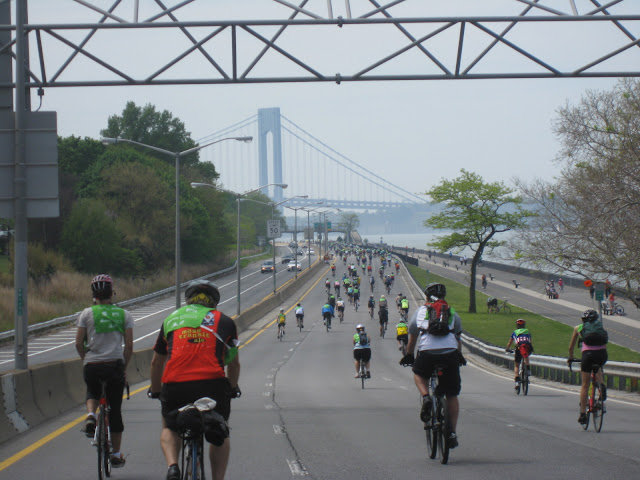 It's a challenge, but like I said, it isn't a race. The pace at the back of the line is about 10 miles an hour, and the top speed is 15. I've done the Five Boro Bike Tour six times, all on the recument, and this May 1, 2011 will be the seventh. If the recumbent is still running (parts for the thing are notoriously hard to find) it'll be at the starting point in lower Manhattan by about 7:00 am. 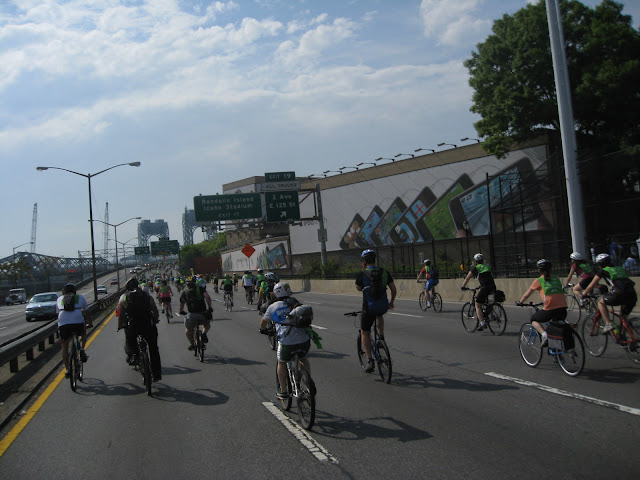 I've gotten the tour down to a science. If you're a member of the $4,500 frame Cycling Community, you're going to want to ride at the front, jockeying for the first position. That of course is rather pointless because you can't pass the Secret Service-like line of motorcyles that are leading the way. I rode with this group during the first six miles of the second leg of the tour and I realized I wasn't enjoying myself. I had nothing to look at but shiny, new frames and designer bike wear (all the upright bikes were blocking my view of the city) so I hung back instead and enjoyed myself a whole lot more than they did. 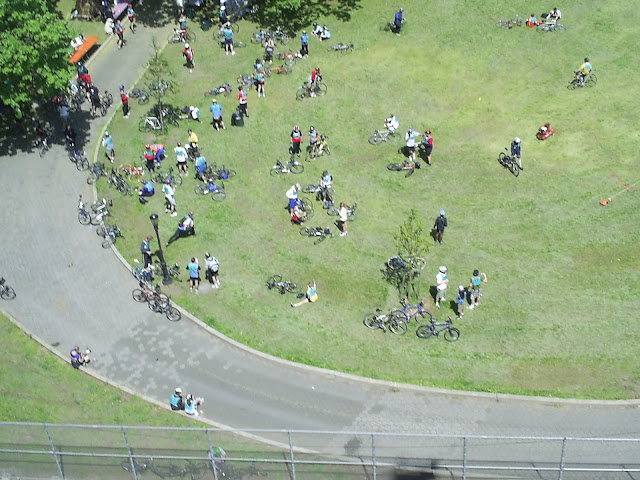 So if you do plan to do the tour this year, remember that it isn't a race, and the money you spend to register (they are sold out but still have some VIP spaces left, I think) goes to a good cause.  It's also an excellent way to see New York from a point of view that nobody ever gets to see. 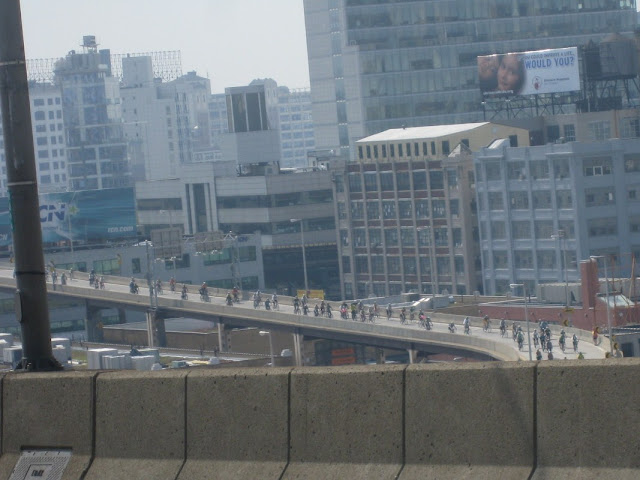 If you enter, don't take it seriously, but be sure to pack water, a spare tube and the proper bike tools, and get a tea saucer-sized oatmeal cookie at a bakery before you get to the start line. Eat exactly half of the cookie before the 8:00 start, and eat the other half in Astoria (around the 17 mile mark). 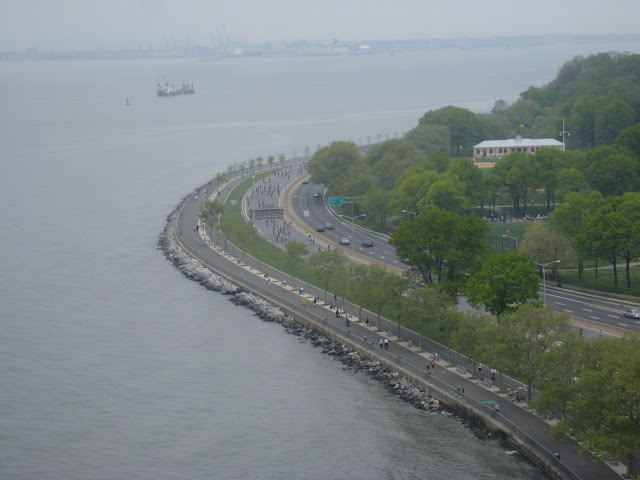 It also won't hurt to eat a banana or at least one of the many free oatmeal-ish bars that are always being passed around. You'll need a little extra power to get up the Verrazano Narrows bridge. You can stop and look down to see the other members of the tour who are looking up at you at the same time thinking: "I have to ride up THAT?" 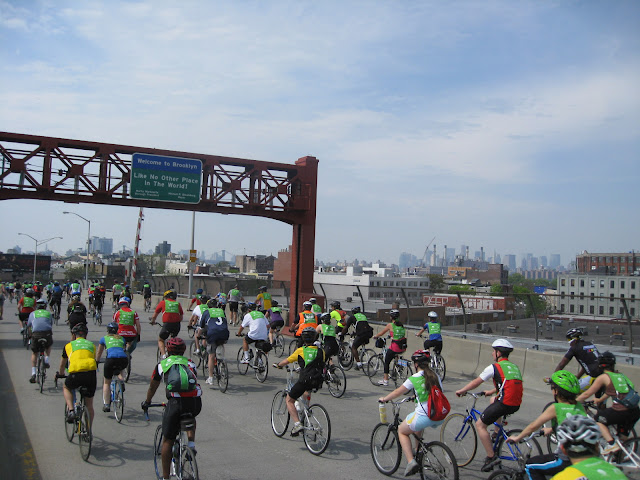 I'll post more about the Five Boro Bike tour later, but right now I'm just looking forward to the date: May 1. Hope you have a chance to take part this year (www.bikenewyork.org). And look for me. Unless the recumbent breaks in the next couple of months, I'll be the guy on the museum piece holding an oatmeal cookie in one hand and a bike in the other.