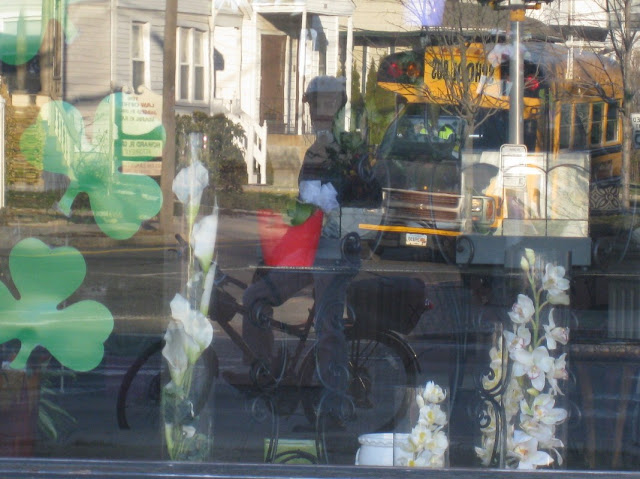 I read somewhere that 40% of all car trips are less than two miles. Sounds about right. This week, 100% of the time that I was riding my bike to work, donuts were involved.

Okay, so I biked to work only once. My office is 3.5 miles from my home. I'm not an unlucky commuter who has to rely on I-95 to get to work, but I have to go through the middle of Stamford each day to get to my office.

Most of the time I use my SUV, which gets about 24 miles per gallon if I drive it slowly (and I do). To the annoyance of other Fairfield County motorists, I don't speed up to red lights but let the car coast up to the light and brake at the last possible moment. I try not to run red lights, which is an activity which has apparently lost all stigma (Once, when I had just stopped at a red light in Stamford, I saw a Volvo wagon with a 'BABY ON BOARD' sign in the back race past me to go through the light and up the I-95 on-ramp).

Gas at the BP station near my house is $3.79 a gallon, so after a little math I realized the car cost about sixteen cents per mile, and one round-trip bike commute would save well over $1.00. Since Tuesday was a nice day, I decided it would be a good time to ride to work: I put my trunk box (complete with the new taillight I had made) on the back of the Dahon, and set off. 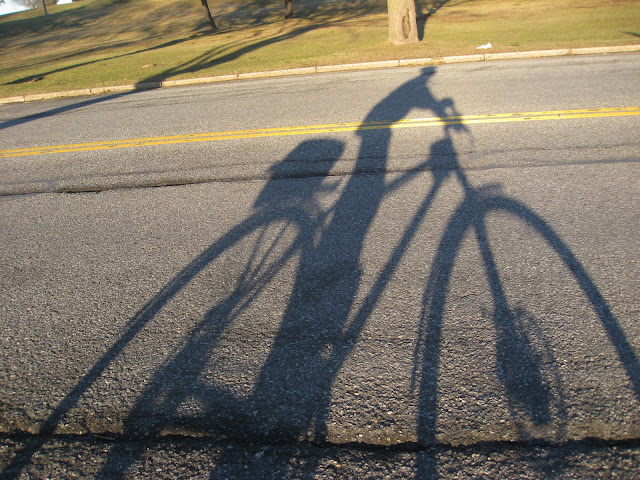 Shippan Avenue is rather flat, as is most of the ride. But once you get past the Urban Transitway and pass under the highway, there are a lot more cars to contend with. Even though I wasn't rushing through each intersection and would be passed by the motorists, I'd usually catch up with them again at the next light. 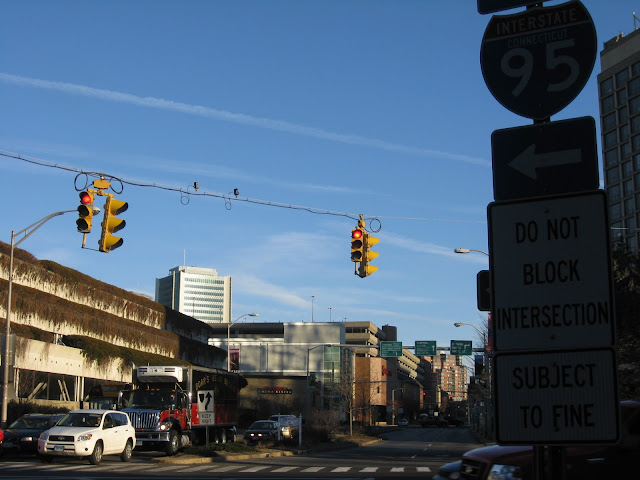 I pressed on through here, past the Stamford Town Center and took a left on Broad Street. Moments later, I took a right on Bedford Street, which is home to several great restaurants and businesses. At about 7:15 am, I paused at the red light to take a picture of the historic Avon Theatre, which frequently shows classics and just about any great film you can think of. See a movie there; you'll be glad you did. 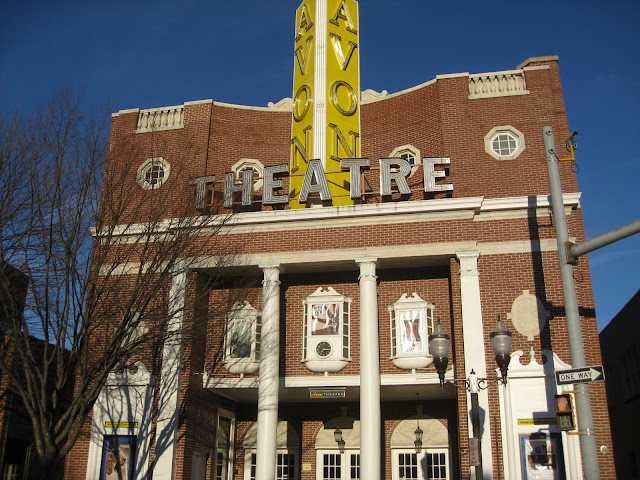 Further up Bedford Street is the Bedford Street Diner. It's just past the police station, and if you go there by car you'll want to drive around to the back of the building for parking. With a bike, however, it's much easier to stop, and since I was coming to the part of the commute that had a couple of hills, I decided to stop for a donut. 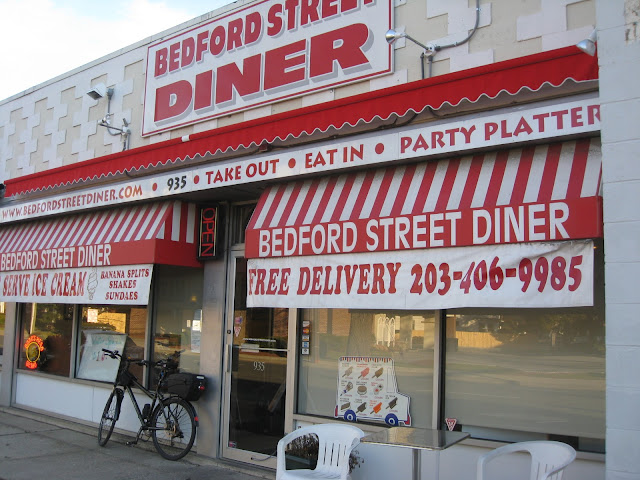 If I didn't have so much to do at work, I would have stopped and locked the bike up to have a nice breakfast, but I knew from the signs outside the establishment they had homemade donuts. I bought two for $1.00, and when the woman behind the counter gave them to me wrapped in foil, I noticed they were still warm. I headed back outside, placed them in the trunk box, and continued off to work.

The donuts were still warm when I got there. So I ate them before I had a chance to take a picture. Yes, the donuts at the Bedford Street Diner are too good to be photographed.

Admittingly, by eating two of those delicious donuts, I negated some of the health benefits of cycling, but I still spent less on donuts than I would have on fuel, so there's that. 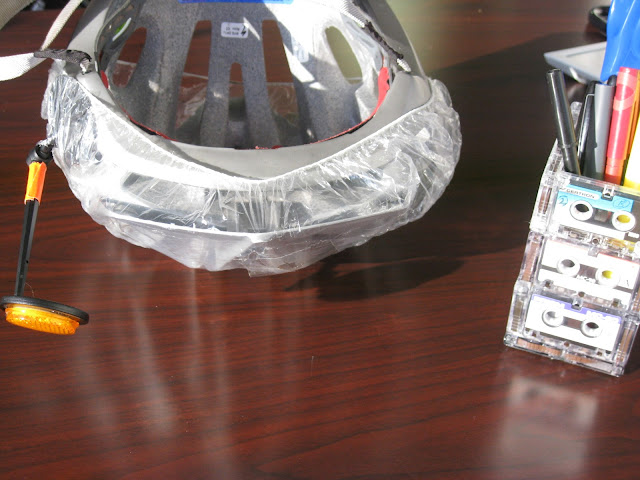 After I changed my shirt and put on deoderant (a must-do if you ride your bike to work) I looked down at my desk and snapped a picture of my helmet, which is shown next to the pen caddy I made out of glued-together microcassettes. The helmet has two key features: first, there's a hotel showercap stretched over it. The temperature that morning was in the mid to upper thirties, so a hotel showercap provides a little extra wind protection. I also have a helmet-mounted mirror, which is another essential for city cycling. I'd be a chalk outline without it, and I consider it a must have (I added the reflector as well as a piece of orange tape to make it easier to see if it falls off on a ride).

So now that you know the proper equipment and where the most amazing donuts in Stamford can be found, I recommend biking to work everyday...except when you'd rather take the car.