This isn't the post I was supposed to write today. For over a week I was planning a complicated (possibly bizarre) ride that I had tentatively called “Biking for Burgers.”

But then, Hurricane Irene came. And she is spoiling everything.

You can't get away from the hurricane nor the coverage. Some of the coverage has been either very extreme or very embarrassing. I actually saw one report where the meteorologist said that if you have a boat with a fridge you should take out all the perishable foods.

Talk about a first-world problem.

So I've either been preparing for Hurricane Irene myself or I've been watching the Connecticut newscasters like Gil Simmons grin ear to ear while talking about things like “eyes” or “cones of uncertainty” - the latter of which sounds like a fun special at Dairy Queen.

So I had to cut my Friday morning ride short to round up a few things to get ready for the biggest storm to hit Connecticut since Hurricane Gloria in '85. But since what I needed (and, what many of you may need) could fit in a bike box, I decided to ride through town on the recumbent as sort of a storm prep ride that YOU can take today since it is beautiful out.

My first stop was an ATM machine. 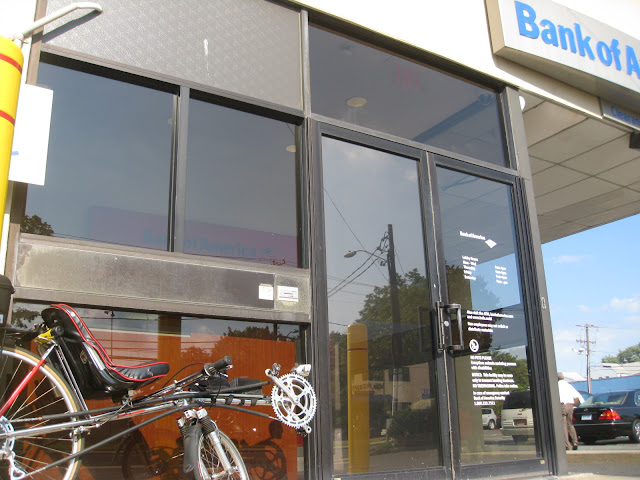 If the power goes out, credit card readers go out with it, so it is essential to have pictures of dead Founding Fathers with you at all times.

Next, I rode into downtown Stamford and stopped at the Ferguson Library. 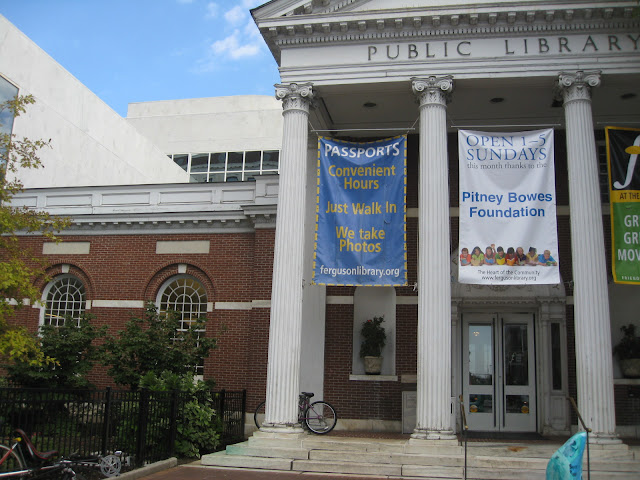 In a storm, books are essential. The thing about books is that they don't need to be plugged in or booted up. But your television, computer and video game system do, so when the power goes out it's good to have a book with you. So stop in your local library or bookstore for that essential.

If you stop at the Ferguson Library on the corner of Bedford and Broad Street, you'll notice it is connected to a Starbucks – and yes it is the same Starbucks I visited when I did my now-famous Coffee Cup Challenge a couple months ago. 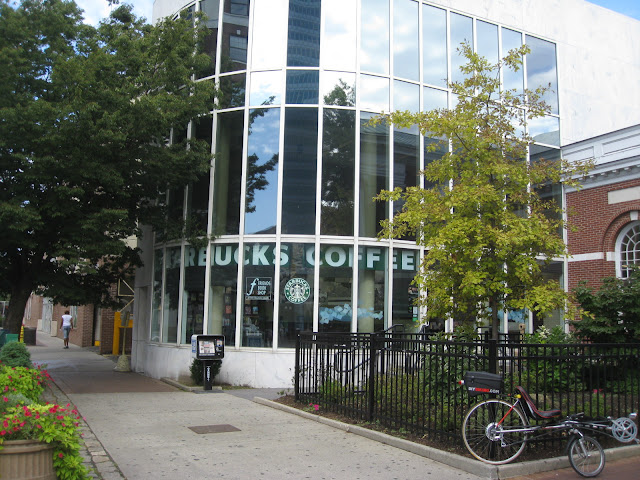 I normally consider Starbucks to be a last resort place for coffee, but they do have something to help prepare for a hurricane: their little instant coffee packets. 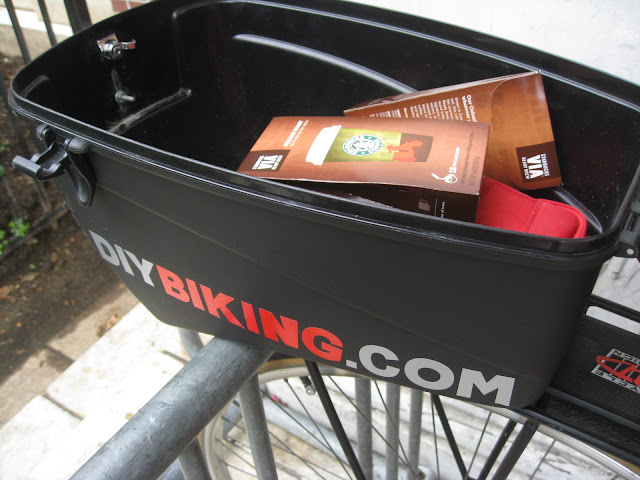 I know they hyped these things up a lot, but they really are pretty good. If you can boil water, you can have coffee, which is one thing you don't want to be without during a storm. Yes, Starbucks Via is an essential.

Next, I rode up Bedford Street and merged onto High Ridge to go to Radio Shack (don't let the post-hurricane look fool you: they are open). 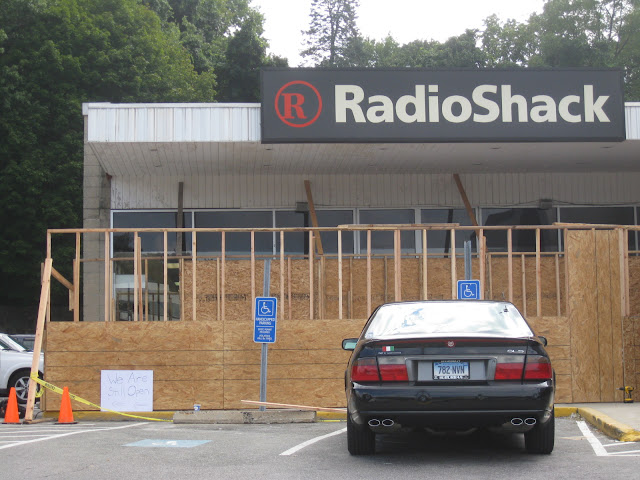 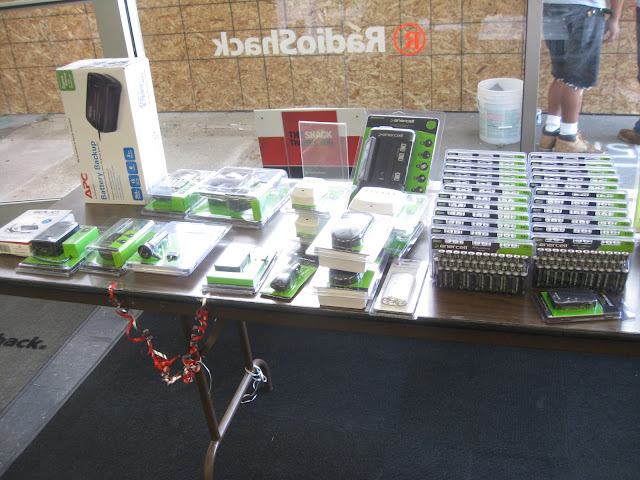 I decided that even though I had rigged up an electric scooter battery to keep our cell phones charged that I wanted a portable one just in case. I reasoned I could use it when taking my battery-draining Droid Incredible to a conference as well. So I bought that and the essential flashlight. 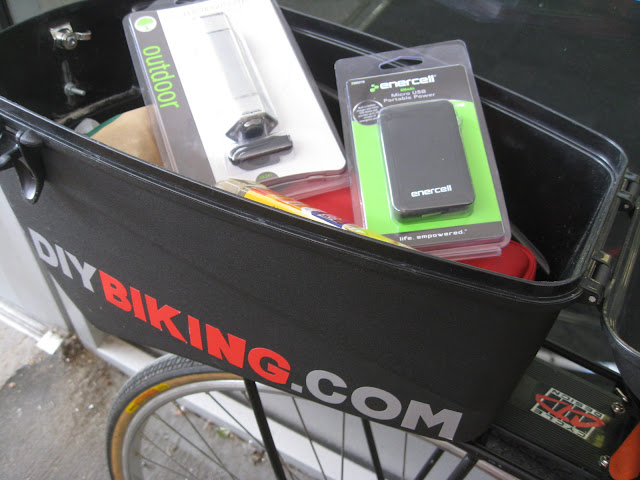 Now, it was time to get some non-perishable food, so I stopped at Fairway and locked up at the same rack I used the day I helped the nuns find an ice cream parlor. 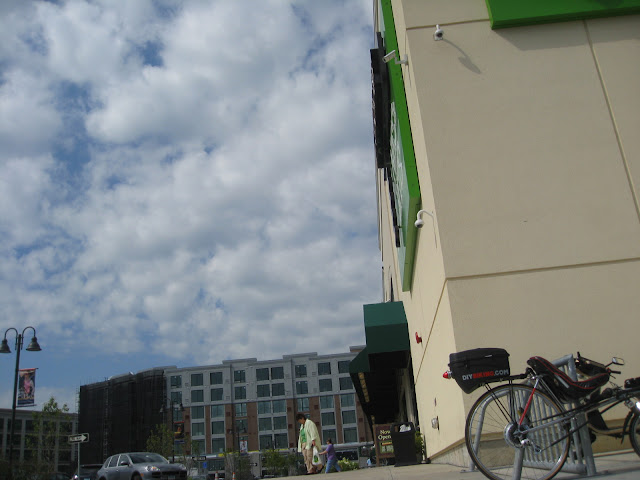 When you buy food before a hurricane, you only want to buy the essentials. So I bought a very small loaf of bread and a couple of other things that wouldn't immediately spoil.

Also: shelf-stable milk or milk substitute to go with the Starbucks Via coffee. Drinking your coffee with milk is essential for morale. 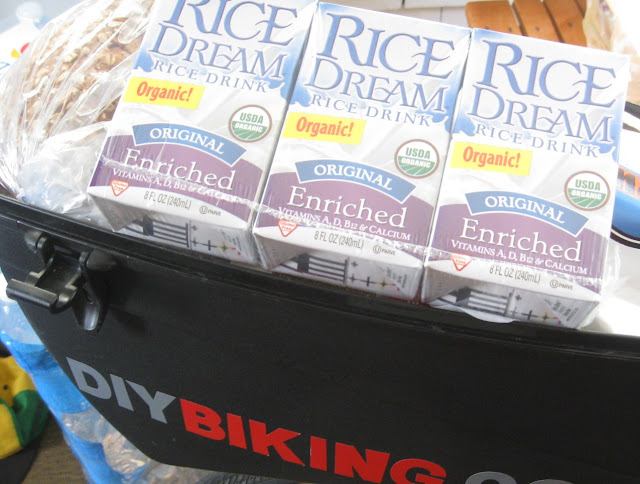 You can also drink your coffee black, but I think I'm one of the few members of my family who still use milk. At a family reunion I once asked my grandmother how she took her coffee and she answered “In the blue mug with the yellow flowers on it.”

So, with that essential down, I stopped at Pacific Swim Bike Run so I could pick up one more essential. 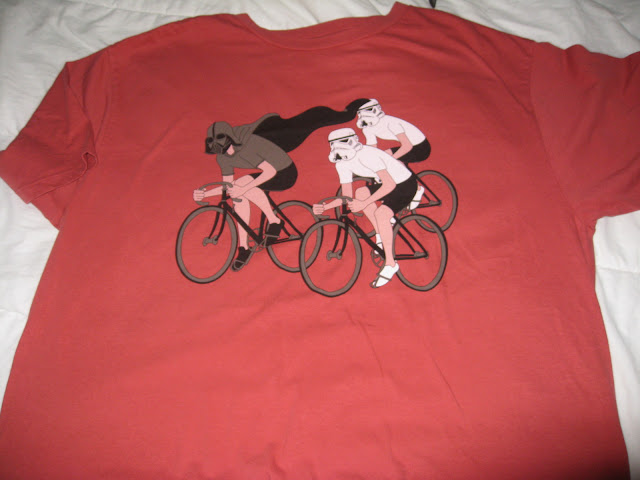 This is the T-shirt I admired during my Folding Bike Week ride.  It is an essential because I want to be able to put on some clean clothes when I'm waiting for the power to come back on. I'm surprised this T-shirt isn't listed on Governor Malloy's hurricane preparedness site, CT.GOV/Irene, because if everybody wore one during clean up I bet the process would go much easier.

That about does it for my Hurricane Irene essentials. Hope you squeeze in a ride today and get some essentials too.